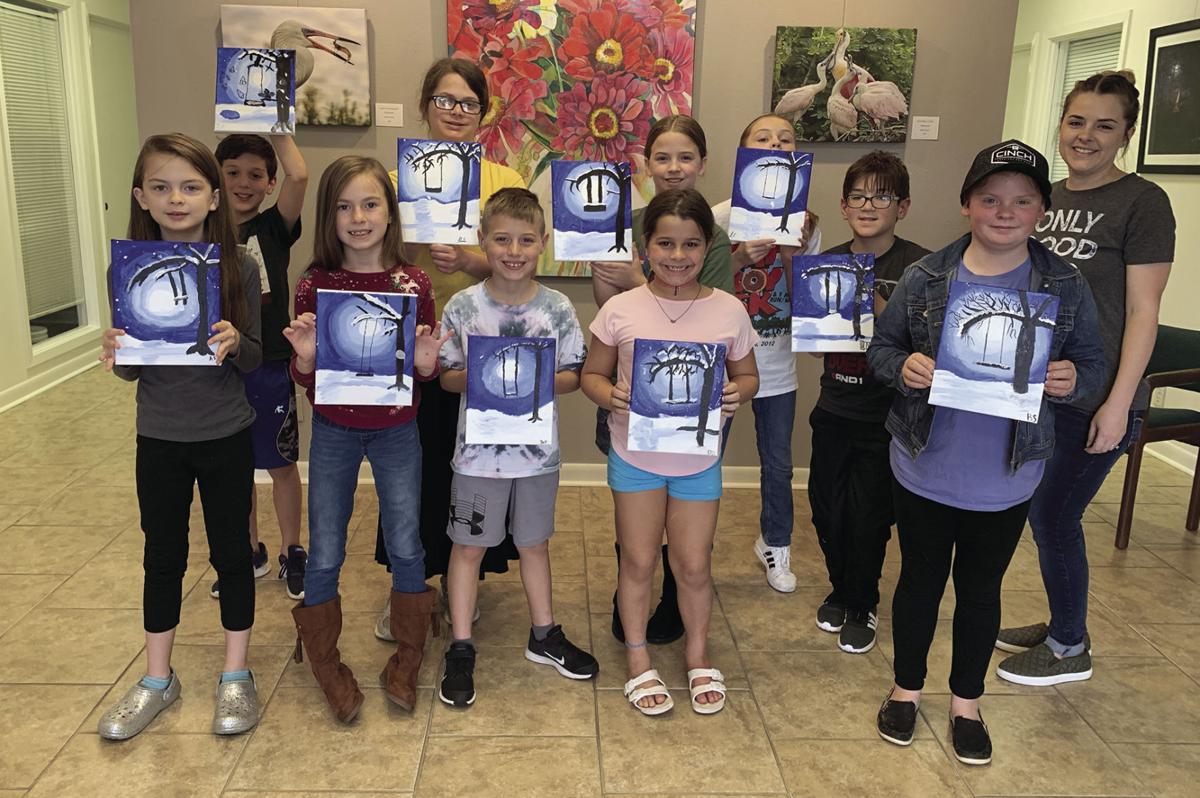 Children show off their acrylic paintings following a “Winter Wonderland” class at the Arts Council of Livingston Parish on Saturday, Jan. 18, 2020. 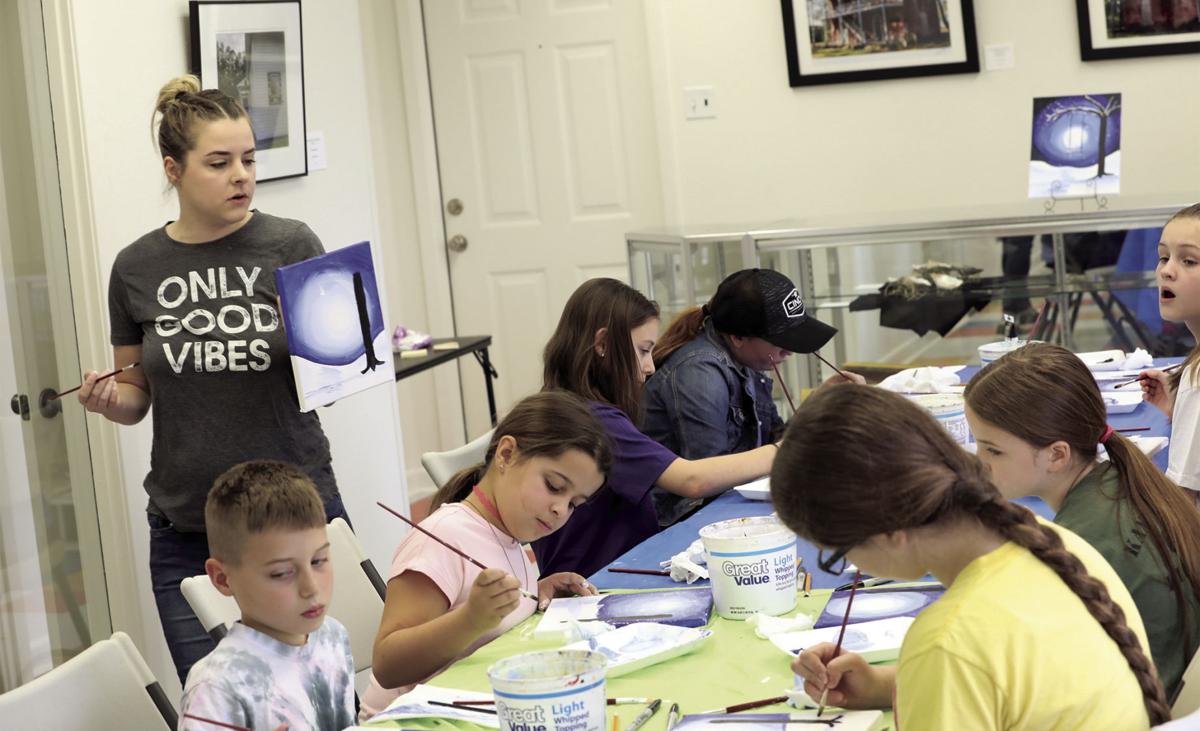 Amanda Fox, standing, observes children as they work on their acrylic paintings during a “Winter Wonderland” class at the Arts Council of Livingston Parish on Saturday, Jan. 18, 2020.

DENHAM SPRINGS -- On a 70-degree day, a group of young artists were deep in a winter wonderland.

The large, bright moon shone over a mostly empty landscape, which was blanketed with a thick layer of snow. On the right side of the expanse of land was a withered tree, which had splashes of white piled atop its leafless branches.

Hanging from the largest branch was a wooden swing, which was lit up from the moon shining behind.

Jayden Newton, 11, lifted up his painting proudly once he added the finishing touches to the night sky.

Young artists illustrated their own interpretations of a “Winter Wonderland” during a painting class at the Arts Council of Livingston Parish on Saturday, Jan. 18.

Under instructor Amanda Fox, a local artist and teacher at South Walker Elementary, 11 artists ages 12 and younger took out colors of white, blue, and black for their wintery scenes. The acrylic paintings included a night sky, stars, the moon, a tree, a swing, and plenty of snow, an unfamiliar sight in south Louisiana.

“I’ve never even seen snow before,” one student said.

The students got started with the moon, using light colors at first before adding in darker colors as they expanded toward the sky.

After painting the moon, the sky, and sprinkling in some bright stars, they got started on the snowy landscape below, using skills Fox taught them to paint the foreground, middle ground, and background.

“You want to make sure there are different points of view,” Fox said.

Once the snow was completed, they began working on the tree, using black to give “a night time vibe,” Fox said. For the smaller branches, the students set aside their paintbrushes and used a black sharpie.

This is the second class Fox, who has a degree in art education, has led at the Arts Council in recent months. In her previous class, students painted turkeys in a Thanksgiving-themed class held in late November.

Richard Wesley Cherry — a teacher to hundreds, a mentor to man…