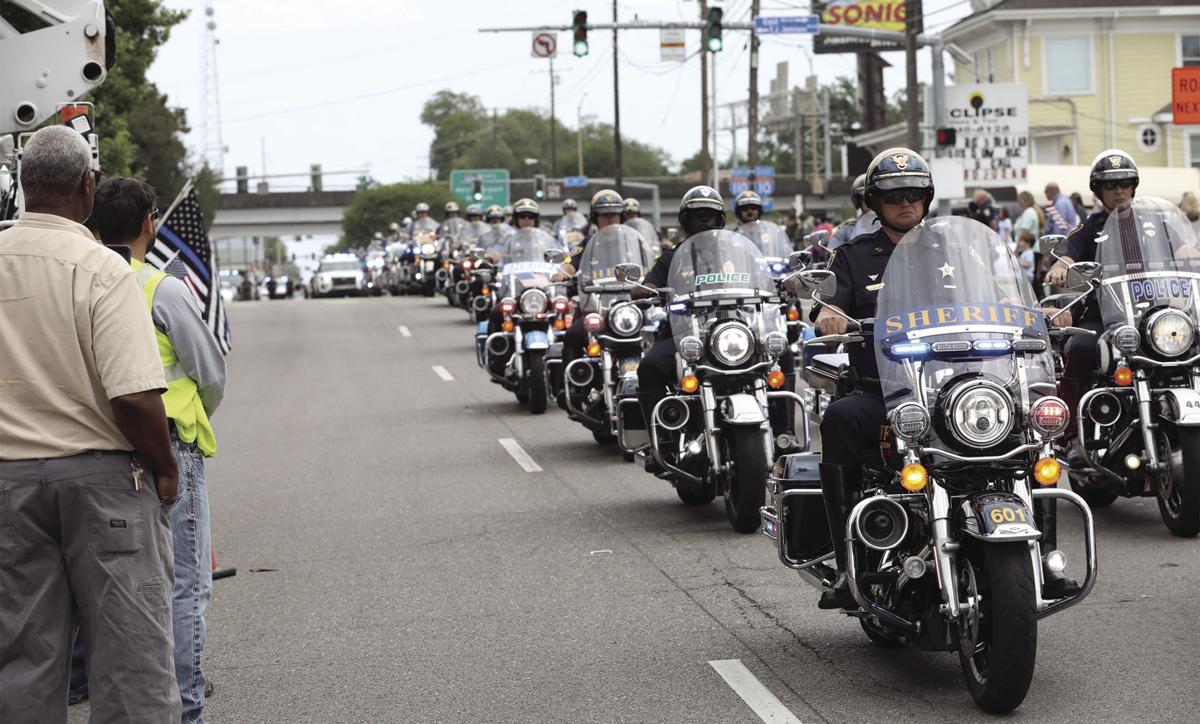 Officers ride past well-wishers during a funeral procession in honor of BRPD Sgt. Glenn Dale Hutto, Jr., who was killed in the line of duty on Sunday, April 26, 2020. 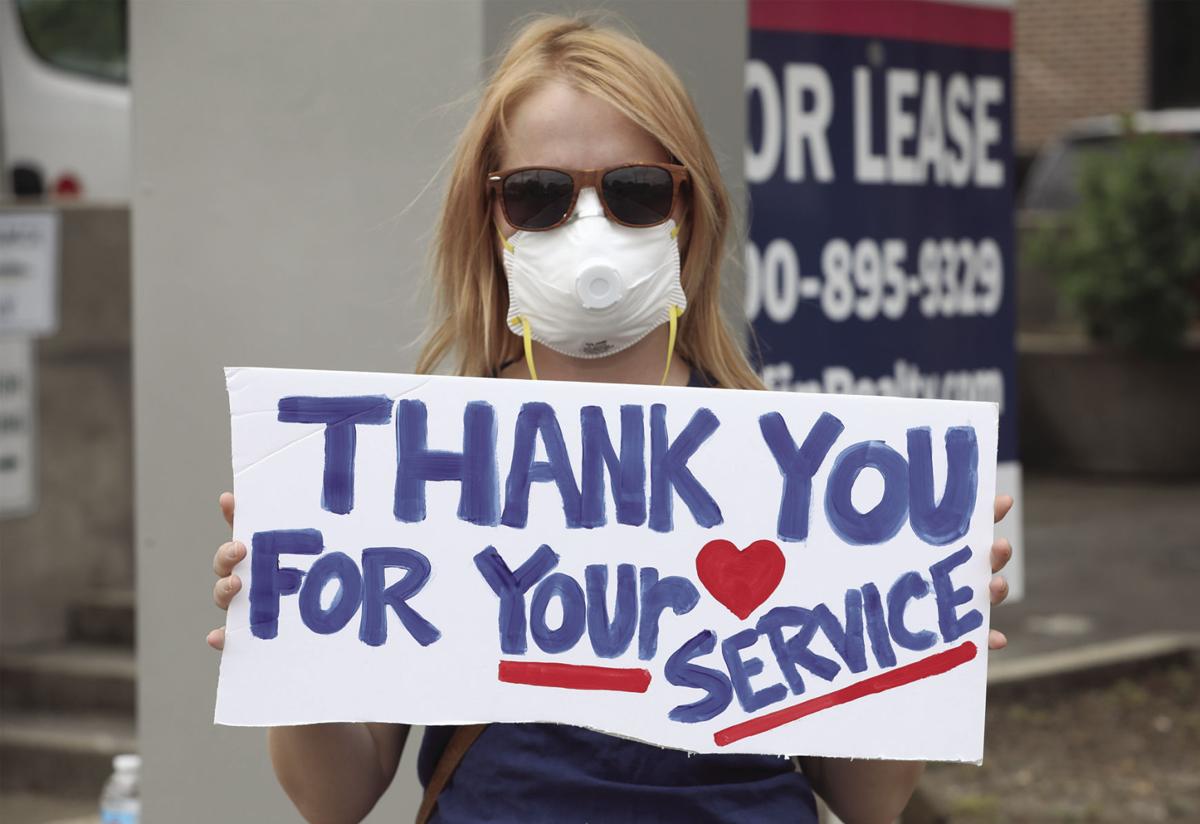 A woman holds up a sign during a funeral procession in honor of BRPD Sgt. Glenn Dale Hutto, Jr., who was killed in the line of duty on Sunday, April 26, 2020.

BATON ROUGE -- People of all ages lined both sides of Government Street in downtown Baton Rouge on Tuesday to honor the life of Lt. Glenn Dale Hutto, Jr., who died from gunshot injuries sustained on duty on Sunday, April 26.

A 21-year law enforcement veteran, Hutto was 45 when he died from injuries following a shooting that occurred at 12:38 p.m. on Conrad Avenue, the Baton Rouge Police Department said in a statement Tuesday.

Hutto was promoted to sergeant in February 2016 and received a posthumous rank of lieutenant on Tuesday, according to BRPD.

Also involved in the shooting was Cpl. Derrick Maglone, a seven-year veteran who was critically injured before being transported to a local hospital to recover from his injuries.

Hutto and Maglone both worked in the Uniform Patrol/First District day shift, according to BRPD.

Local law enforcement agencies organized the funeral procession for Hutto on Tuesday afternoon, with dozens of officers on motorcycles and in police units escorting the hearse carrying Hutto’s body from the coroner’s office in North Baton Rouge to Rabenhorst Funeral Home in downtown Baton Rouge.

They were greeted by hundreds of well-wishers of all ages, with many saluting, placing their hands over their hearts, filming the procession with their cell phones, waving American flags, or holding up signs thanking Hutto for his service.

Many people wore gloves and face masks in adherence to national and state guidelines regarding the novel coronavirus.

Two flags were raised high above Government Street near the funeral home, one American flag and another with the Louisiana state seal. A wooden cross was later raised in front of both flags before the procession passed underneath. A police helicopter also flew overhead.

Armond Dalfrise Taylor went to be with the Lord on July 7, 202…