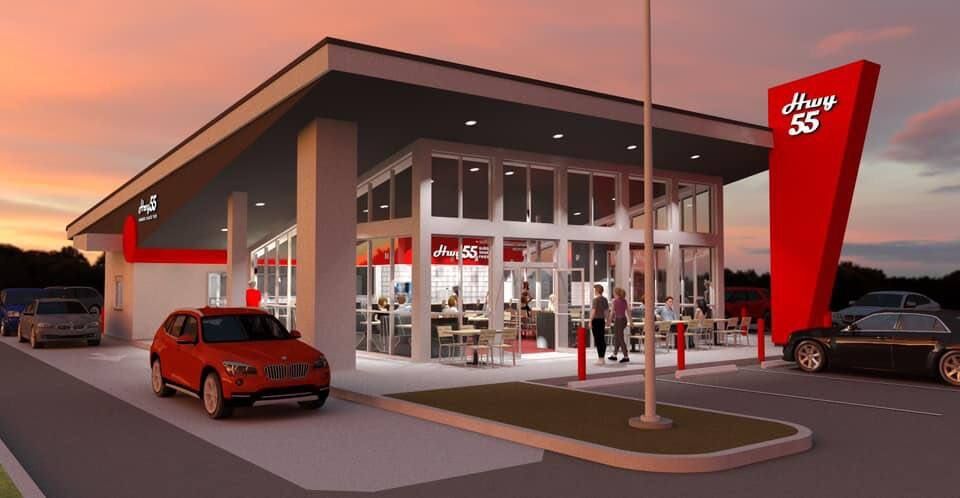 It looks like the old Captain D's location may have found it's new tenant.

A North Carolina hamburger chain, Hwy 55 Burgers & Shakes, announced via Facebook Monday, Mar. 1 that they would be opening a new location in Denham Springs in the coming months. The company informed inquiring posters that they would be taking the old fish fry location.

Hwy 55 Burgers & Shakes currently has a location on the corner of Ben Hur Road and Burbank in Baton Rouge, which opened in 2019. Expansion of the franchise was believed to be delayed due to COVID.

Hwy 55 Burgers & Shakes provides a 1950s diner type experience. The chain touts fresh, never-frozen hamburgers and homemade custard for shakes which is made 'right in front of you.'

The menu also includes cheesesteaks on toasted hoagies, and a kids' menu.

Hwy 55 Burgers and Shakes opened in 1991 in North Carolina, and has since spread across the southeast with locations as far west as Texas and as far north as Ohio.

Over 1,000 hungry Livingston Parish residents had liked the restaurants Facebook page within the day.

Information was not yet provided on the opening date, although the Facebook post said that 'for now we plan on introducing our menu, our History and more about the heart of this company!'

The company's 'About Us' page reads:

Kenney Moore opened the very first Hwy 55 in a mall in small-town North Carolina in 1991. It was called Andy's Cheesesteaks & Cheeseburgers at the time, and its beginnings were humble: Kenney cooked every burger by himself from morning 'til night. And this was in full view of his customers. He couldn't afford a traditional restaurant kitchen.

But Kenney soon realized something. When you’re manning an open grill, you can greet everyone who walks in. You can chat with guests sitting at the counter. You can cook a family their meals fresh right in front of them, and they can watch the care you put into doing so. And isn’t that what restaurants are supposed to be like? Neighbors bonding together over great service and tasty food?

Today, we have over 130 of those open-grill diners across eight states and two countries, but their missions are the same as Kenney's when he first opened the doors in 1991: to deliver authentic hospitality and fresh food to anyone who wants a little something more out of their dining experience.

So check out our menu and come join us at your local Hwy 55 to watch us grill your fresh, never-frozen burger or hand-squeeze your lemonade right at the counter. You'll see why we're your neighborhood's next favorite burger joint.

Was hoping for a Whataburger. I even called them but they showed no interest. Never heard of this place but I hope it’s good. Some transplants aka Freddie’s don’t transfer well. We’ll see