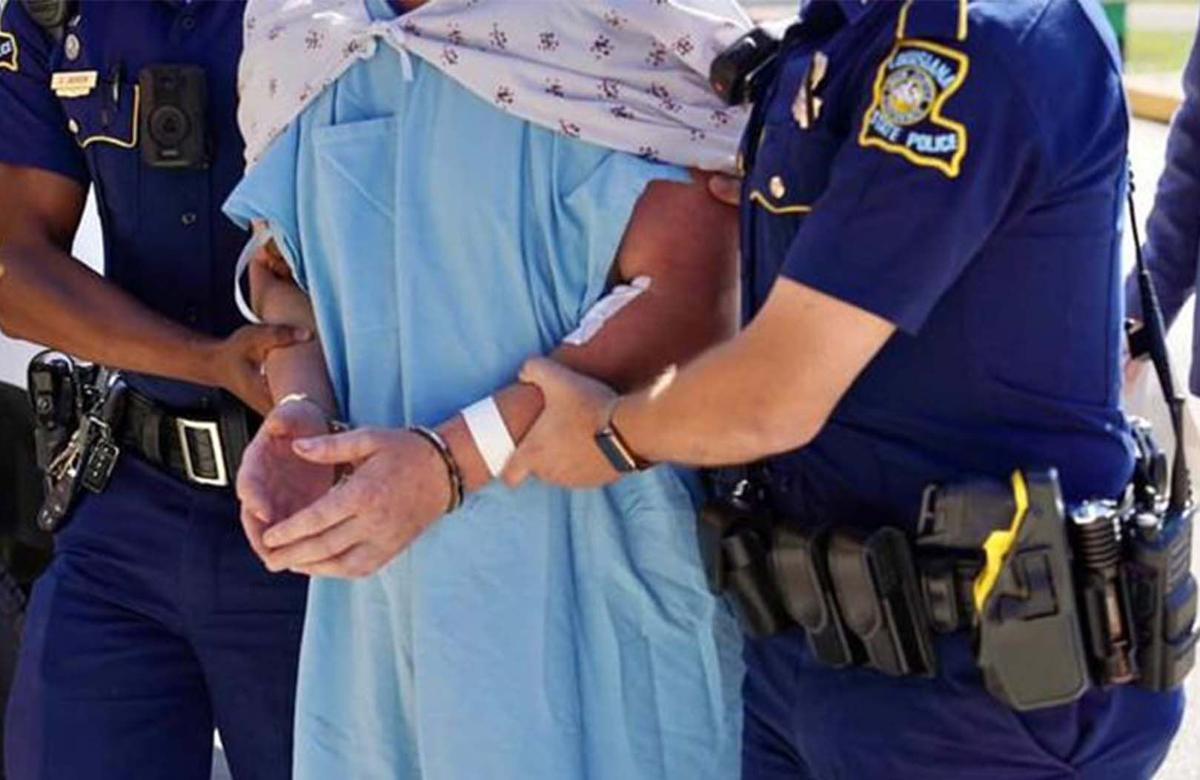 Matthew Mire, 31, is escorted out of the hospital on Monday, Oct. 11, 2019, about two days after he allegedly fatally shot two people and injured three others in a shooting spree that spanned three parishes. 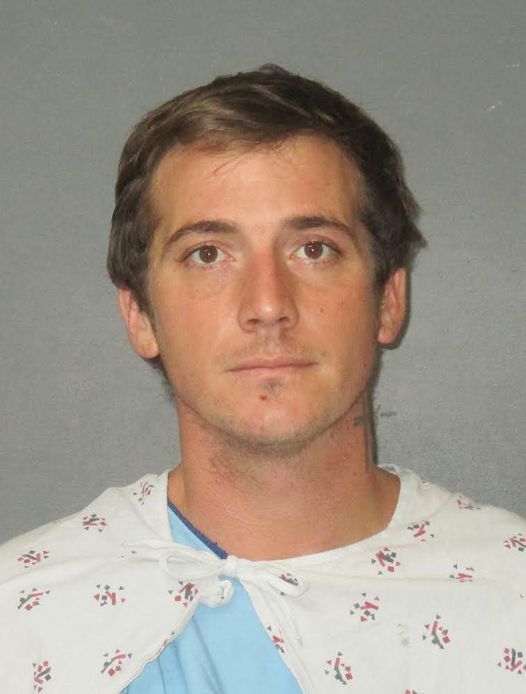 Matthew Mire, 31, is escorted out of the hospital on Monday, Oct. 11, 2019, about two days after he allegedly fatally shot two people and injured three others in a shooting spree that spanned three parishes.

The man suspected of fatally shooting two people and injuring three others in a shooting spree that spanned multiple parishes was released from the hospital and officially booked in the East Baton Rouge Parish jail Monday afternoon.

Matthew Mire, 31, was brought to the jail wearing handcuffs belonging to 19-year veteran Trooper Adam Gaubert, whom Mire is accused of gunning down in an ambush early Saturday morning.

“Since the suspect was taken into custody Saturday night, he has been handcuffed,” State Police said via social media. “Those handcuffs are symbolic to every Trooper within LSP. Those handcuffs belong to Trooper Gaubert.”

Gaubert was escorted from the medical facility to Resthaven Gardens of Memory Funeral Home by LSP motors and other law enforcement officers on Monday. He is one of two people authorities say died during Mire’s shooting spree that spanned Livingston, Ascension, and East Baton Rouge parishes.

The other victim was 37-year-old ​​Pamela Adair, who died after a shooting around 3 a.m. Saturday on Dutton Road in Prairieville.

Three others were injured in the attacks, though all are expected to survive.

Mire’s shooting spree began around midnight Saturday in Livingston Parish, where he allegedly shot two people who lived next door, fled through a nearby wooded area, and stole a truck.

New information released Monday by State Police revealed that Gaubert was likely shot around 2:30 a.m. Saturday, just before Mire allegedly carried out the double shooting that claimed Adair's life at a nearby home.

Mire later shot at another state trooper, though that trooper was never struck.

The shooting spree culminated in a day-long manhunt Saturday that ended around 10 p.m. in the wooded area near Hoo Shoo Too Road at the Tiger Bend Bridge. Mire was taken to a local medical facility after sustaining injuries from a K-9 bite and a gunshot believed to be self-inflicted.

“This event is one of the toughest events I've ever had to work in my career,” said LSP Superintendent Lamar Davis during a press conference Monday. “Going through something like this challenges your core.”

Matthew Mire, the suspect linked to shootings in multiple parishes, including two that were …

I just can’t understand how a young man can have so much hate. He has caused me to hate him. I only want the worst for him. Death penalty and not by lethal injection the humane way….I want him to suffer. Suffer like the families of Gaudet and Adair will suffer. I don’t see him as a person, I see him as a monster