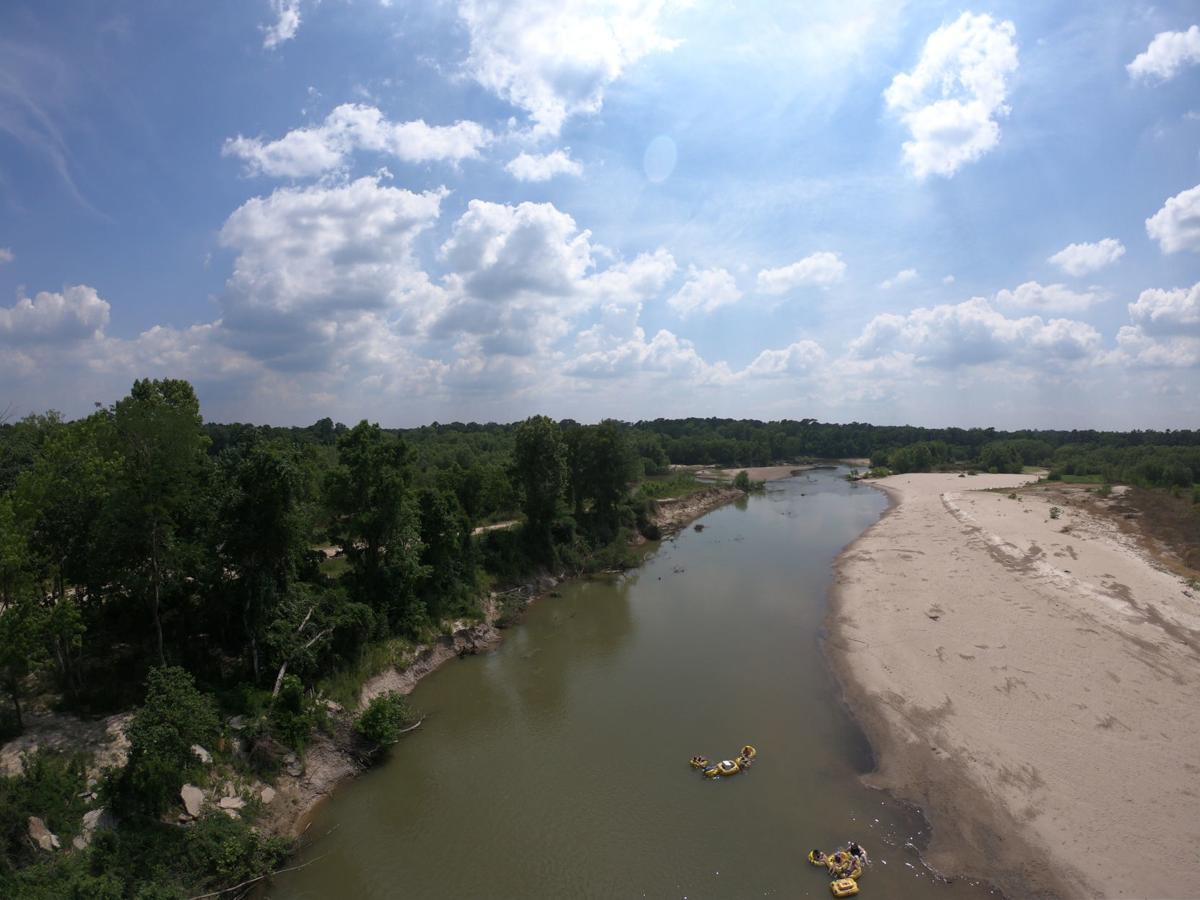 Aerial view of the Amite River at Watson 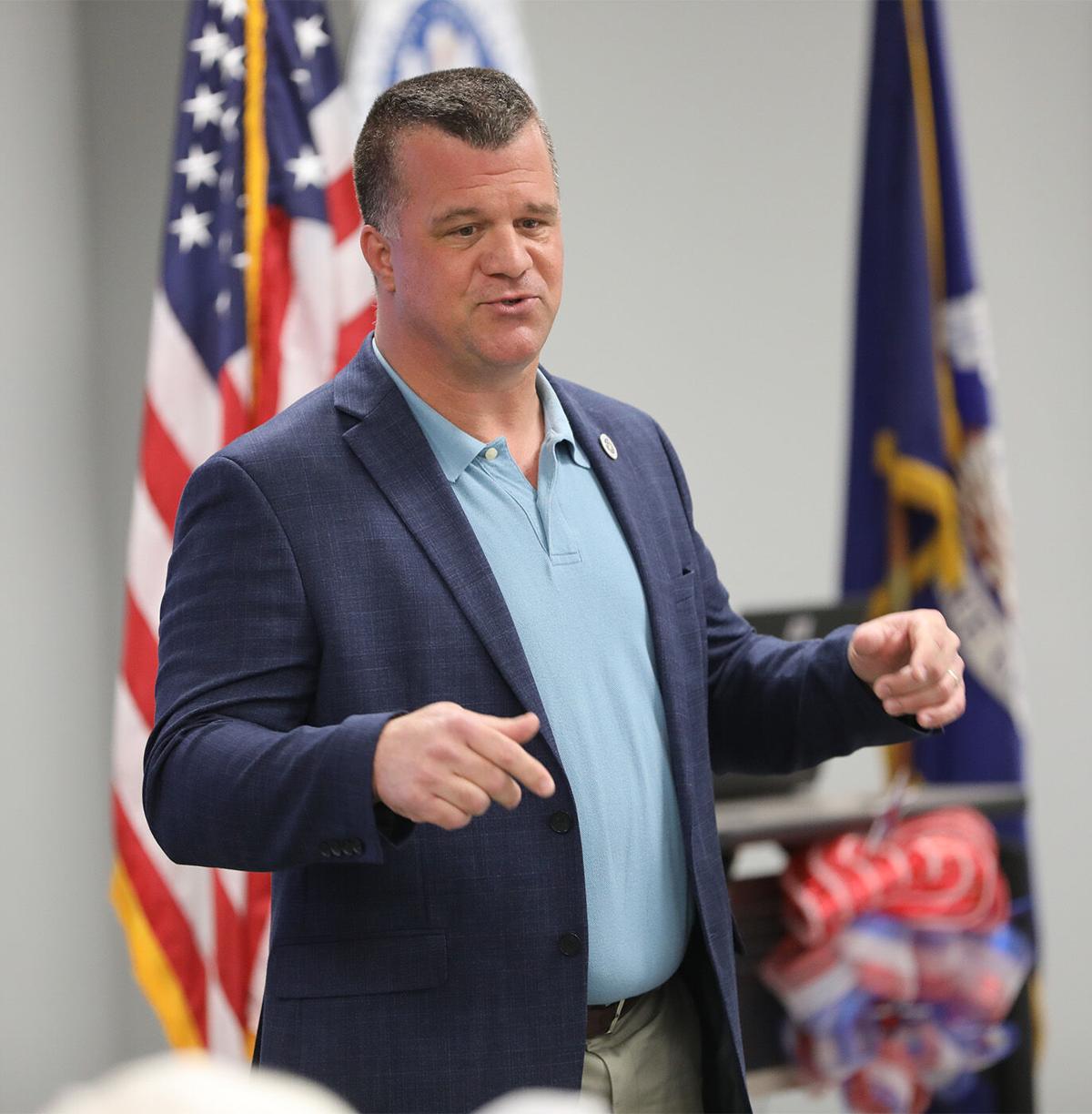 Aerial view of the Amite River at Watson

But, he says, Livingston Parish didn't really know what 'flood' meant until 2016, when the Amite River crested at 46.5 feet and inundated a huge portion of the parish, including almost 90% of structures inside the city limits of Denham Springs.

Mincey cited the school system as a parish 'anchor,' and even after damage to several schools around Livingston Parish, classes were back in session only 20 days late.

But it's the ongoing issues and lack of real 'large scale' projects that have been completed that causes frustrations for citizens, Mincey explained. He also saw a parish divided, wherein several municipalities, funded and un-funded gravity drainage districts, and the parish itself were all hyper-focused on their piece of the puzzle, but a collaborative working environment seemed elusive.

So Mincey called a parishwide drainage education summit, hosted by the Denham Springs High School STEM center, to try and get everyone in the same room to talk about their individual pursuits of drainage in their respective areas and perhaps, Mincey hoped, develop some ways to work together.

LWI has also pursued yet another study of the Amite River Basin.

51% of the community development block grant money being distributed by LWI must go to parishes 'most distressed' by flooding and natural disasters, Livingston being one of those locations. During the meeting, it was announced that the parish had received $15 million of the first round funding - totaling $100 million across the state - for drainage and levee work.

Just before the meeting, it was also announced that Parish President Layton Ricks' office would be dropping the lawsuit with Ascension Parish over the Laurel Ridge Levee project, after engineering firms assured both sides the project would not push more water into Livingston.

The two parishes announced they would work 'side-by-side' to help with regional drainage needs, most likely in response to the current and future funding provided by LWI. According to Bradley Spiegel, a representative of LWI at the meeting, further rounds of funding would be focused on 'high-impact, high capacity' projects which would require regional participation from several groups.

Spiegel said that LWI was focused on using a 'science-based, transparent approach' to deciding which projects will be funded, and which will not.

Following Spiegel, Rep. Garret Graves got up to speak about some of the cash that has found its way to Livingston Parish, and for what it has been used. Over 450 miles of waterways have been cleared or de-snagged around the parish, with just under 100 miles left at a cost of roughly $65 million.

Graves also cited the Comite Diversion Canal, which will have some effect on drainage and river crest heights in the area. Although the effect has been debated, between six inches and two-and-a-half feet, Graves said that dirt moving has been a win for the area.

However, he did concede that completion looks more like 'December 2022, as opposed to 2021.'

An audience member asked about the Darlington Reservoir, a question to which Graves sighed because, he explained, the plan keeps changing and the cost keeps going up.

According to Graves' Chief of Staff Paul Sawyer, the price tag has now increased past $1.5 billion, and the Army Corps of Engineers would prefer that the Darlington remain a dry reservoir, as opposed to partially filed - an issue Graves took to heart.

"That just doesn't make any sense, with the size and scope of the project you can have a wet reservoir to create economic opportunities and recreation," Graves explained, "a dry reservoir doesn't do any of that, and (as you know) the people of St. Helena don't want the project as it's proposed now."

After Graves concluded, Mayor Gerard Landry of Denham Springs and Walker Chief of Staff Jamie Etheridge gave presentations on their individual municipalities and issues they face, which both revolve around small-scale drainage but for different reasons.

Landry gave a passionate speech about small issues such as ditches and culverts which get filled and back up, as well as canals which serve their own problems. Landry, who's city has a direct partnership with Gravity Drainage District 1, touted his efforts with the group and their assistance with drainage through the area.

Etheridge echoed his sentiments and Walker's partnership with Gravity Drainage District 5. Walker's problem, however, stems mostly from an unfunded district on their southern border.

"We can get the water going, but it's difficult to get the water out when it hits that (southern) barrier in the (unfunded district)," Etheridge explained. Etheridge rounded out his presentation with a plea to the drainage districts, and the parish as the whole, to work in tandem better and that 'all drainage issues are connected.'

Rounding out the funded gravity drainage districts is Number 2, which services the Watson area.

The three funded gravity drainage districts discussed projects in their area. All three utilize tax funding to perform maintenance on waterways and laterals, including debris removal and mowing. However, much of the revenue is kept to pursue state and federal match grants to perform larger projects, for which none have the funding to do without state or federal help.

One point of contention, which was clarified by Parish Councilman Maurice 'Scooter' Keen, is that the parish Department of Public Works is only allowed to assist with drainage that sits alongside parish roads, they are not allowed to go further or touch waterways and laterals in other jurisdictions at this time.

"Plus there's not enough money for that, anyway," Keen quipped.

The over-flow weir going down I-12 needs removal.