You are the owner of this article.
Edit Article Add New Article
Sections
Multimedia
e-Edition
Subscribe
About The News
Classifieds
Local Businesses
Advertising
Try our app!
1 of 10 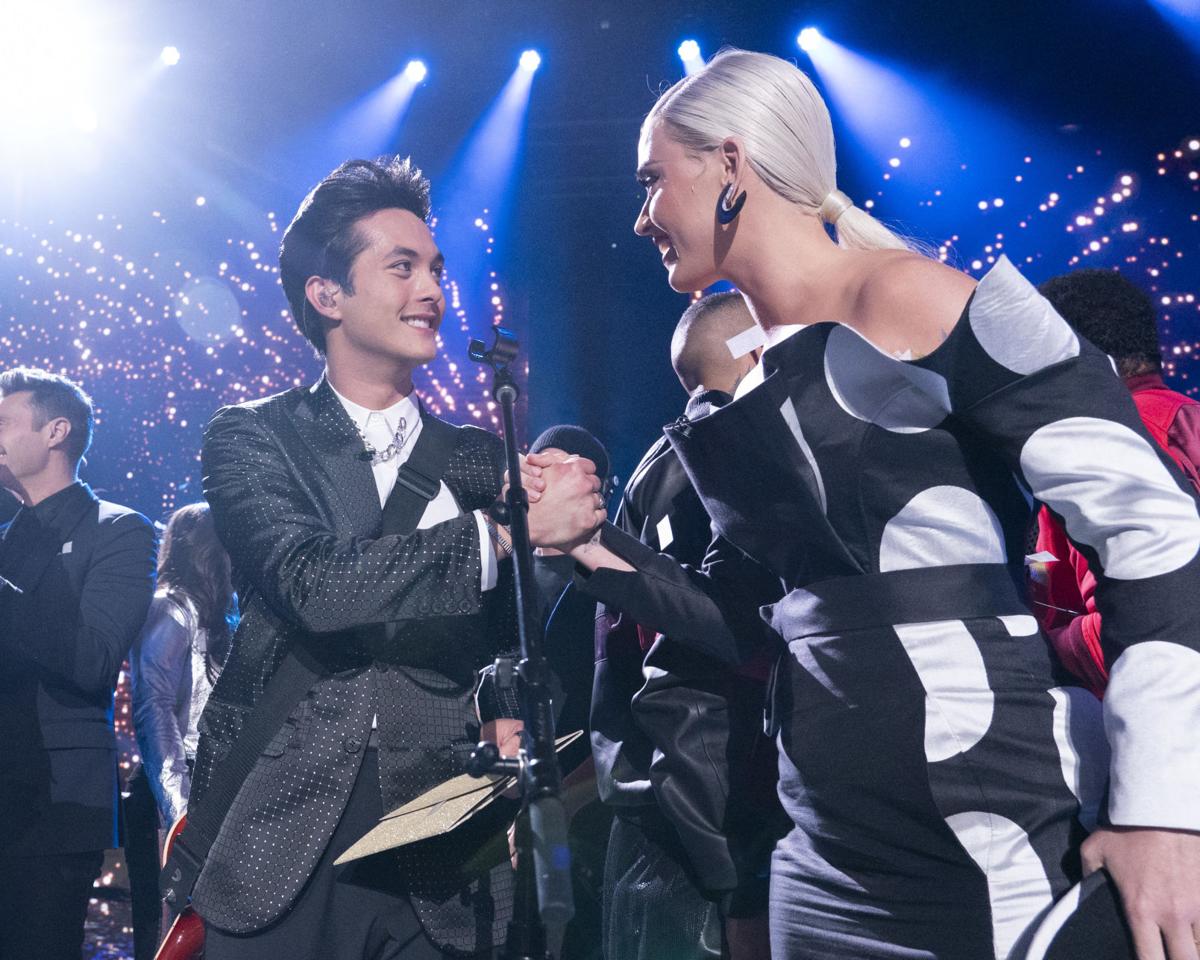 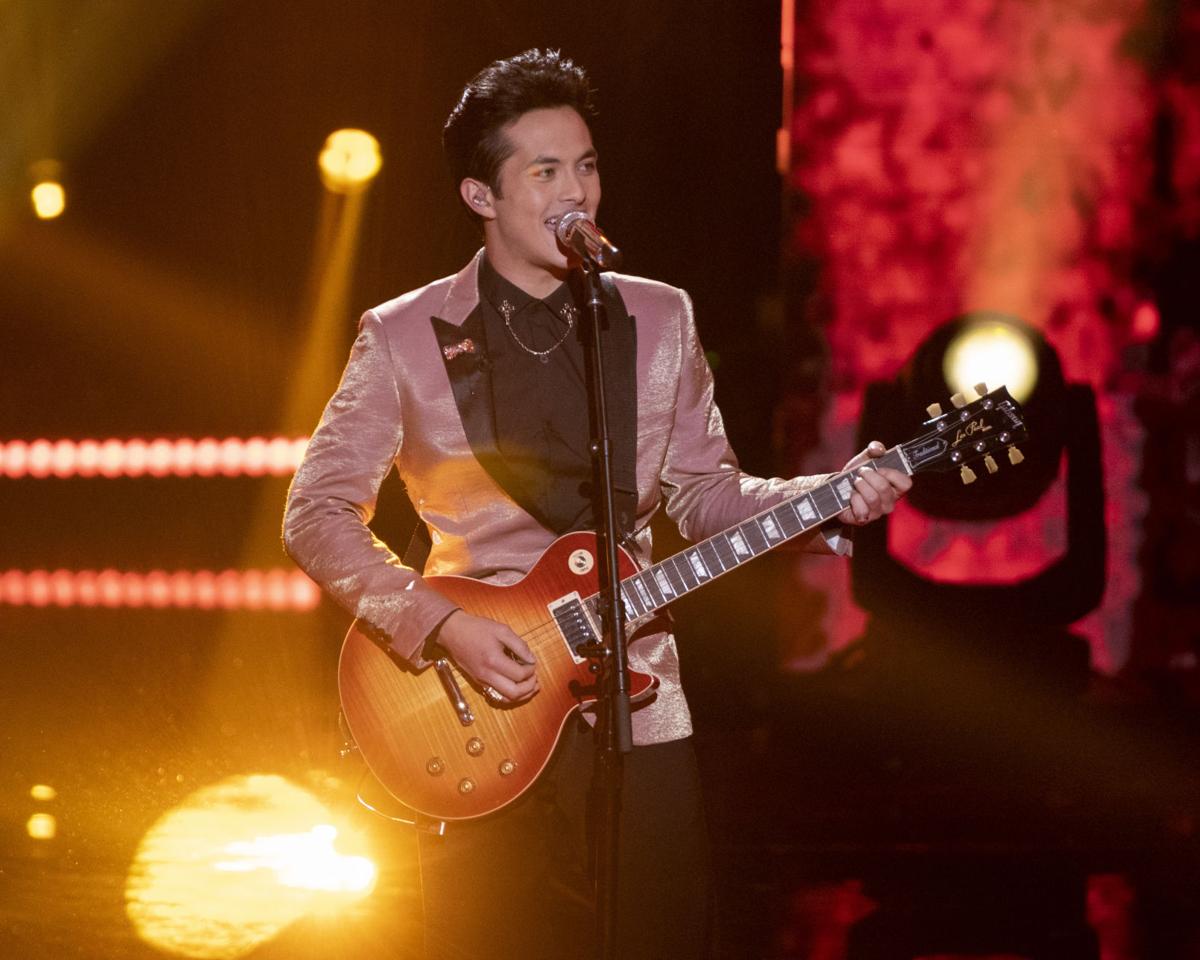 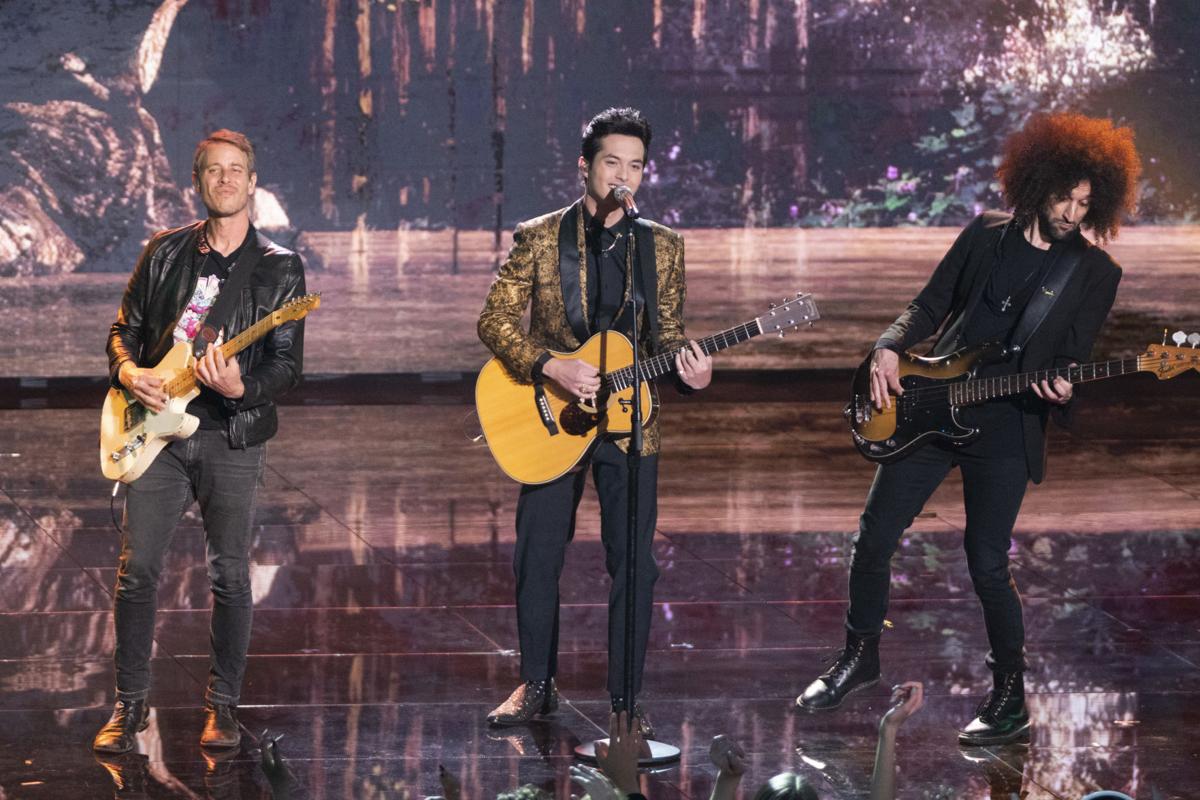 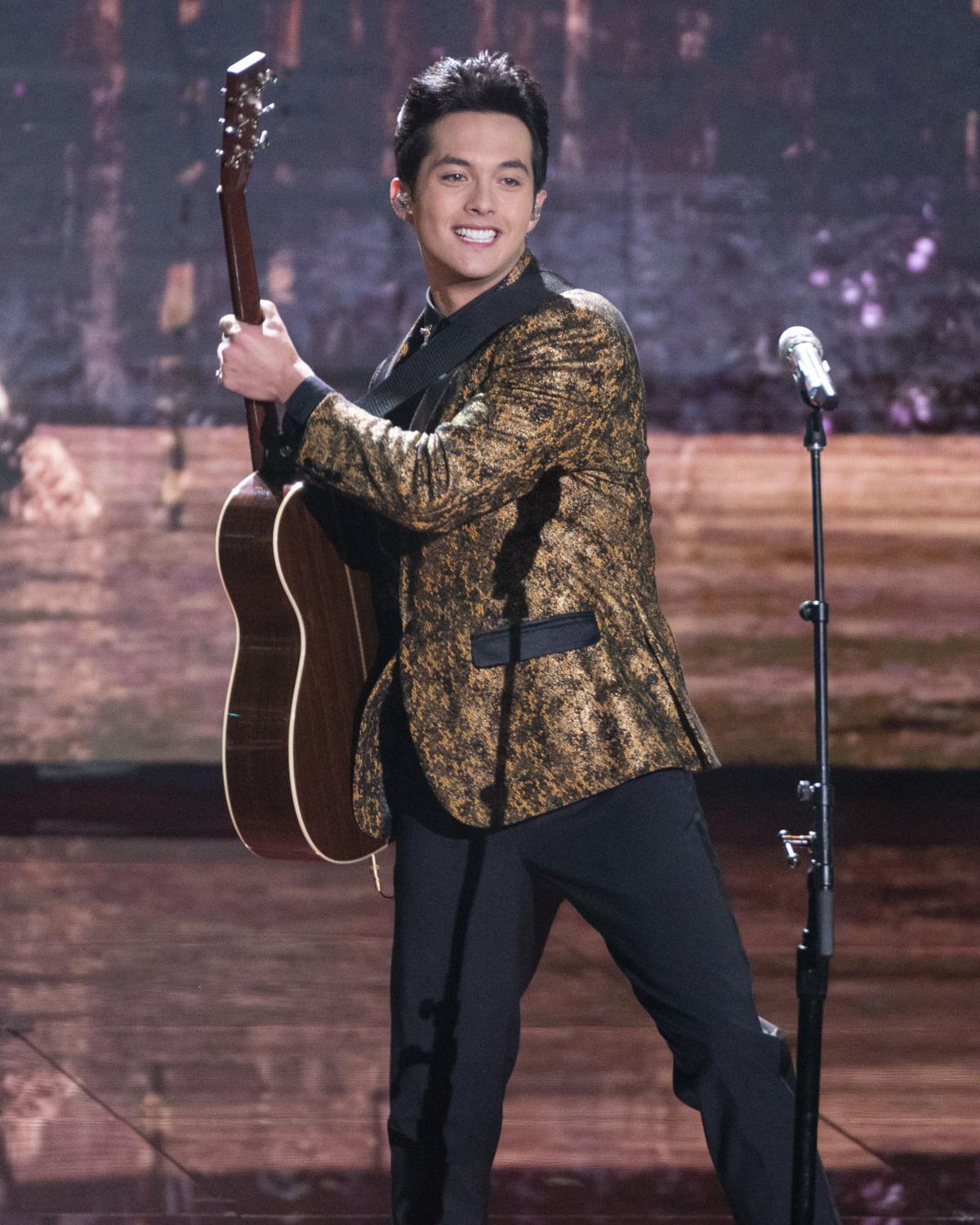 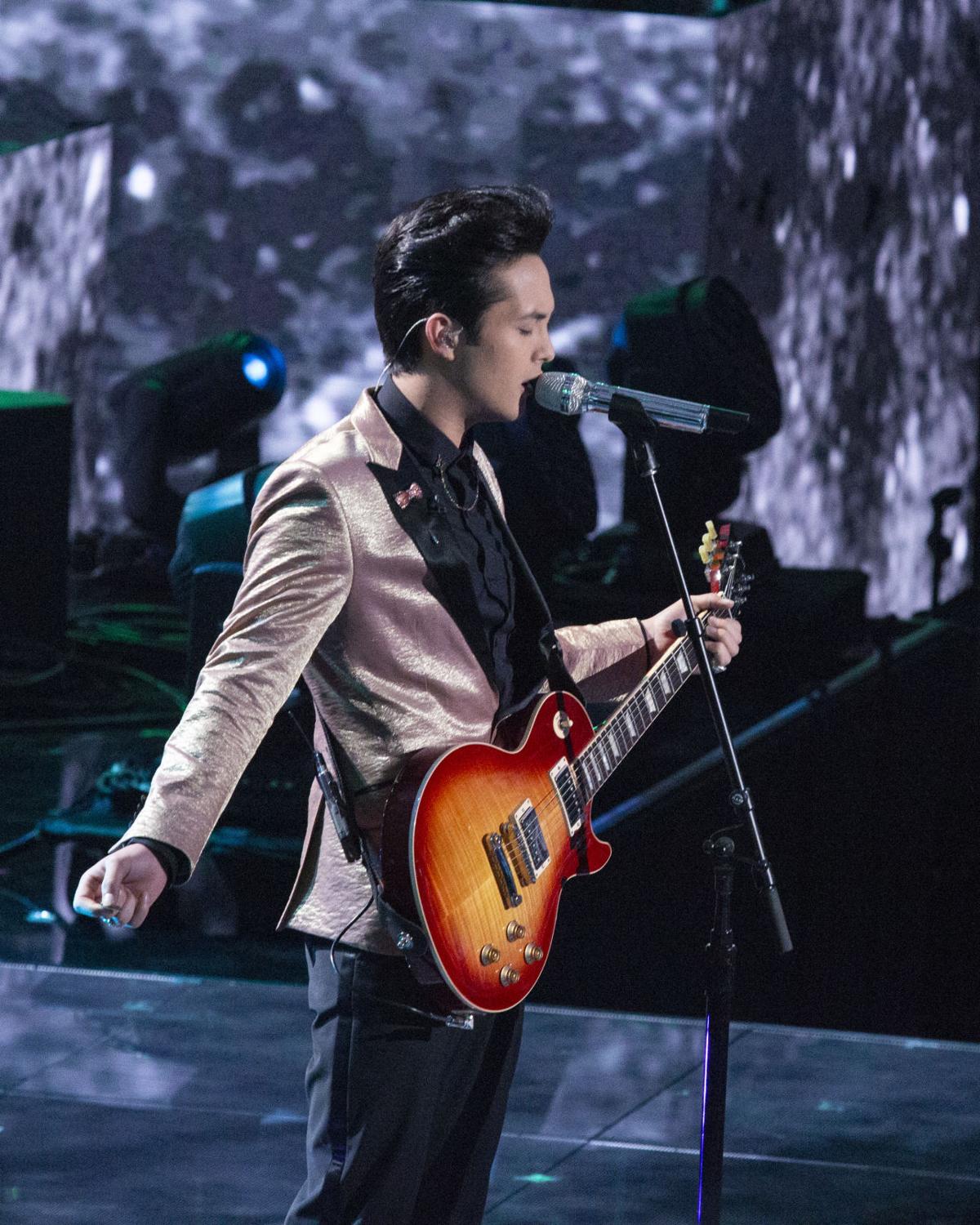 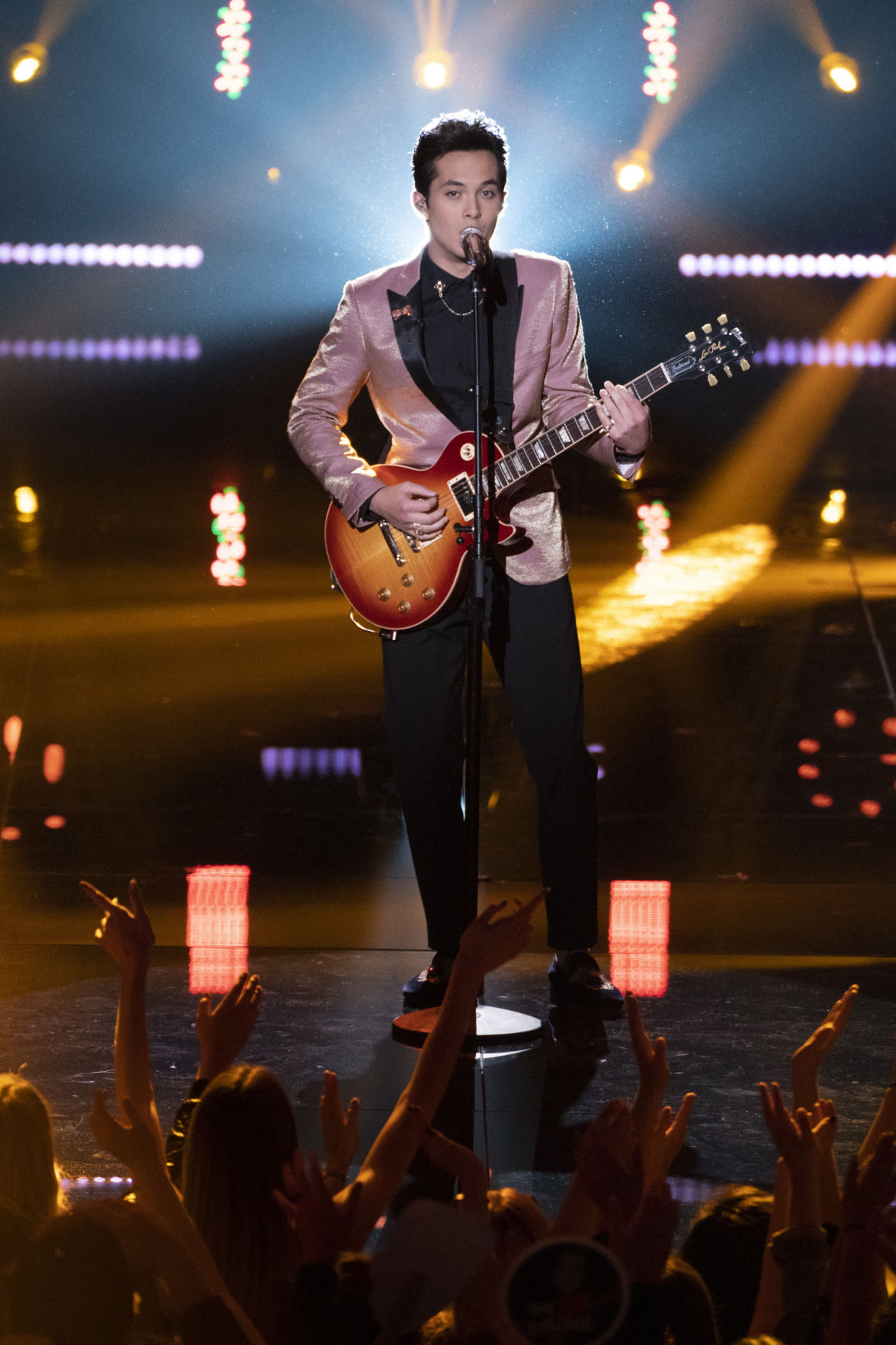 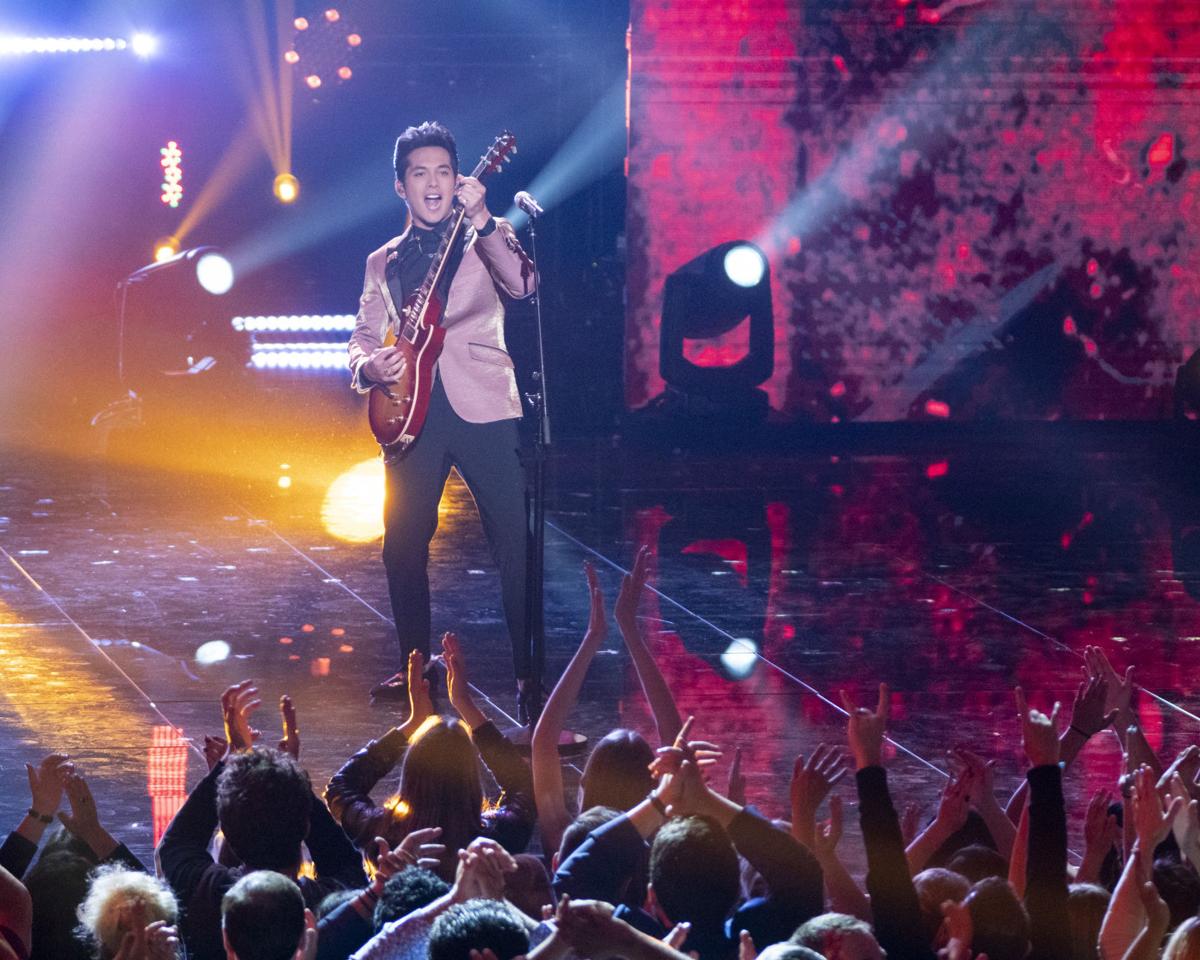 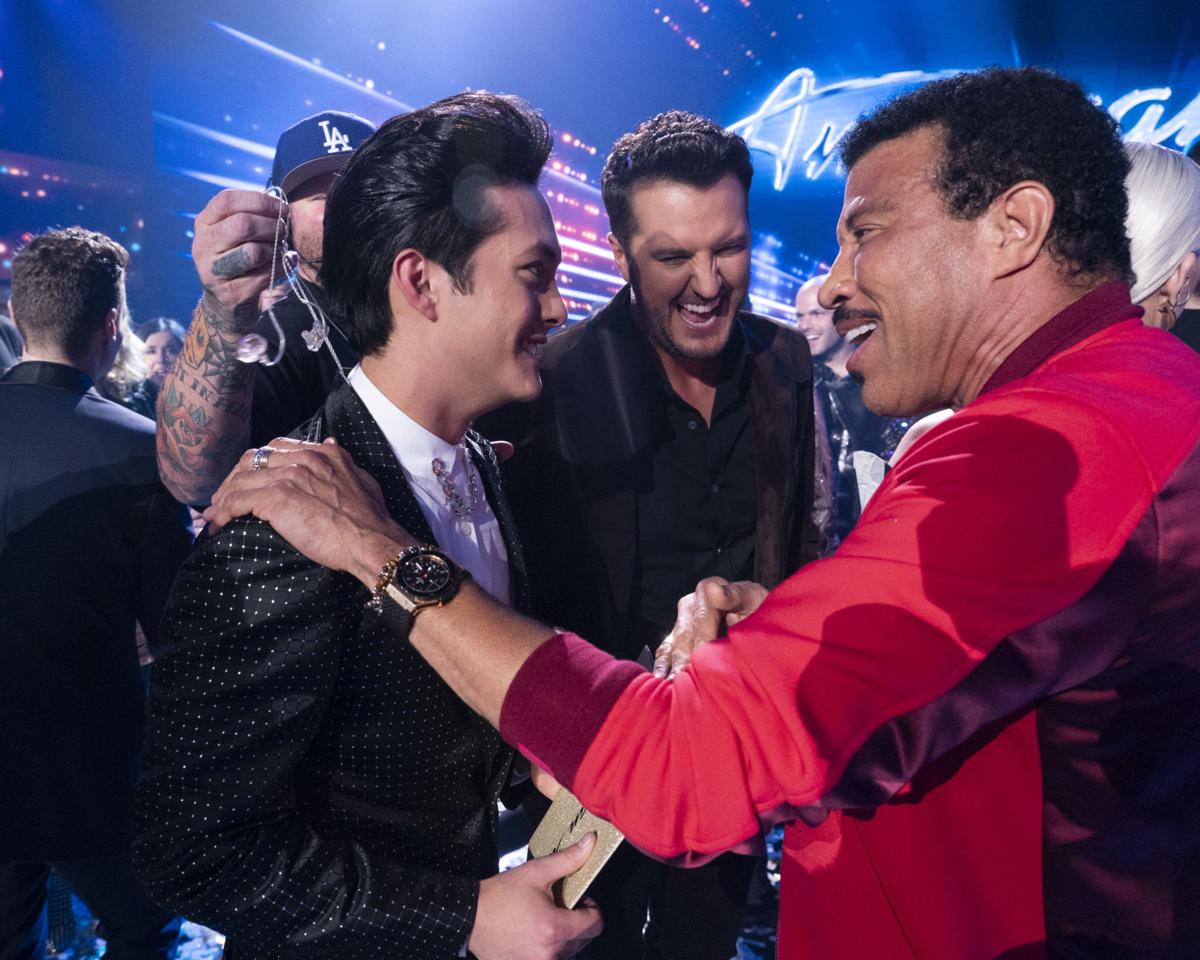 Laine Hardy, left, stands with Lionel Richie after he was named the winner of Season 17 of American Idol. Also pictured is Luke Bryan. 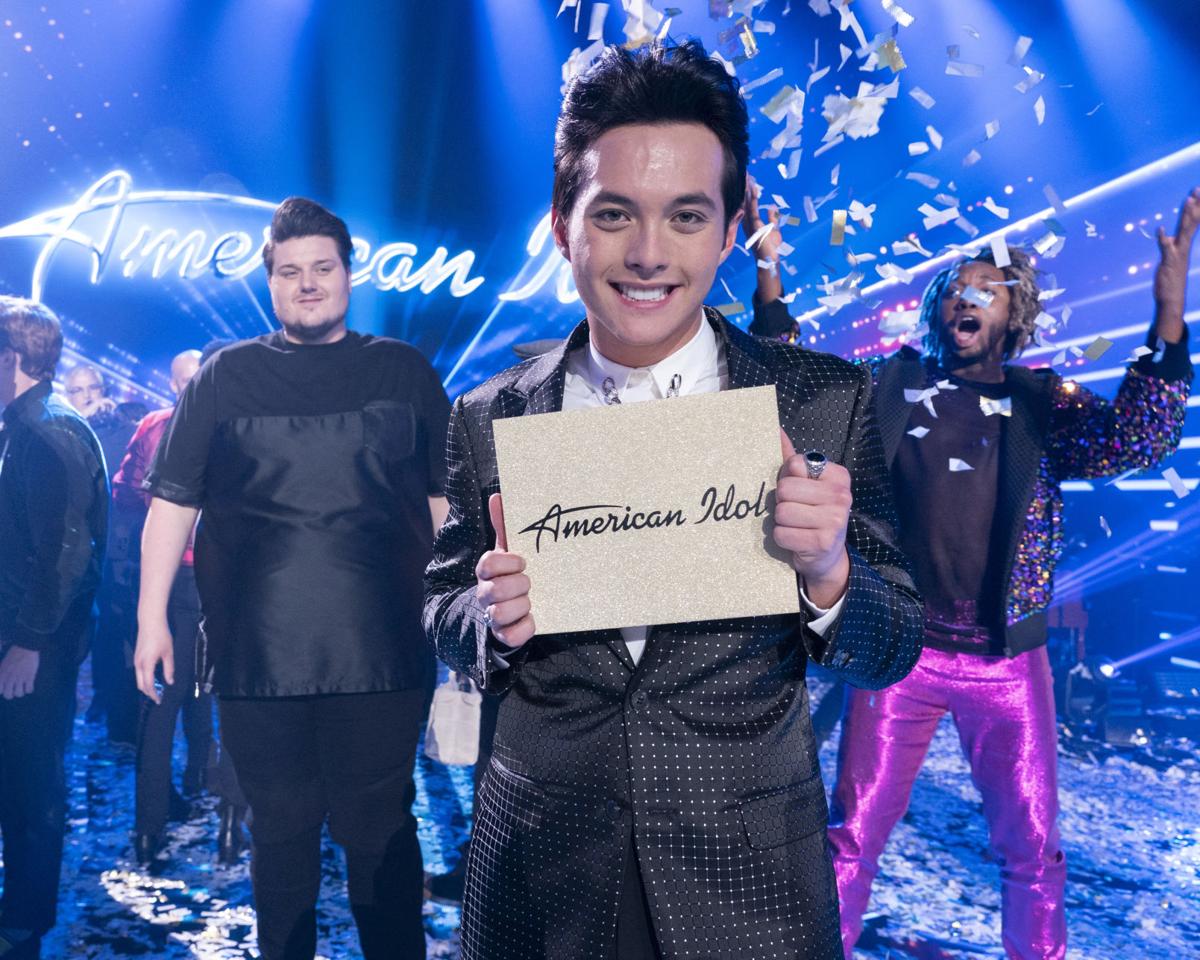 Laine Hardy is pictured after he was named the winner of Season 17 of American Idol. 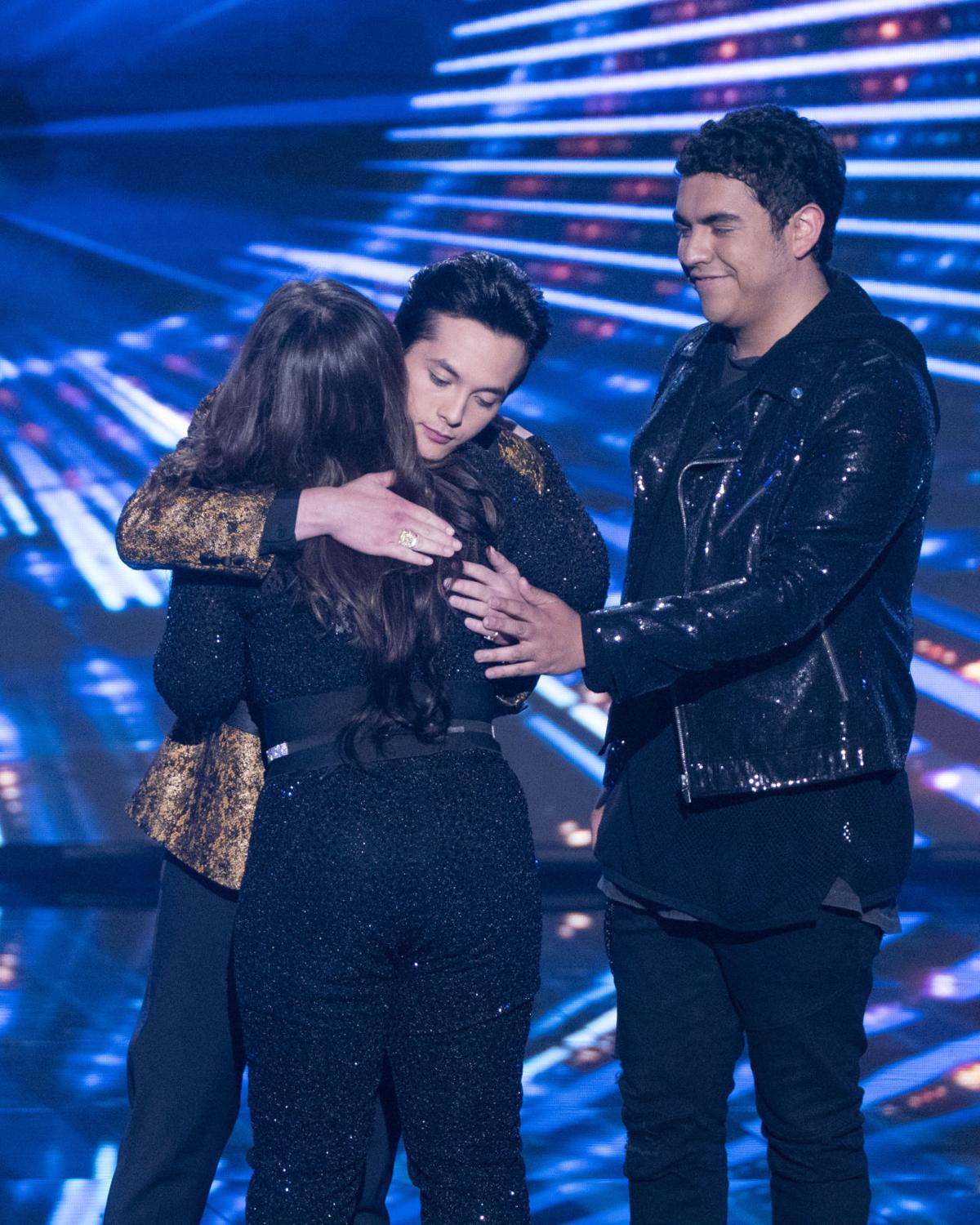 Laine Hardy is pictured after he was named the winner of Season 17 of American Idol.

Livingston Parish, one of your own is the new American Idol.

Laine Hardy, the 18-year-old singing sensation from French Settlement affectionately known as “The Bayou Boy,” was crowned the 17th winner of American Idol during an action-packed three-hour finale on Sunday, May 19.

Hardy, a 2018 French Settlement High graduate, is the first winner of the reality singing competition series who comes from Louisiana.

The son of Barry and Cindy, Hardy was a contestant on the show’s reboot on ABC last season before being eliminated in the “Final Judgement” episode.

This year has been a completely different story, as Hardy stormed past the rest of the competition with his gravelly voice and stylish suit selection en route to the finale, where he was joined by Alejandro Aranda of California (runner-up) and Madison Vandenburg of New York (third place).

“I can’t believe it,” Hardy said on the stage after host Ryan Seacrest called his name. “I don’t know what to think right now.”

Neither did his faithful fanbase in Livingston Parish.

“Hardy Party” fans exploded on social media with posts of “Congratulations,” “He did it,” “LP Proud” and “Way to Geaux Laine” seconds after the results were announced. Many also reposted pictures they’d taken with Hardy, whose celebrity status continues to reach new heights back in his home state.

And after becoming the first Louisiana-born singer to win American Idol, it's bound to grow even more.

Hardy survived two waves of eliminations in Sunday’s finale, during which he performed three solos and a duel-performance with Jon Pardi.

The Livingston Parish native was the first to hit the stage, dazzling the crowd with Marc Broussard’s swampy rock song “Home.” Wearing a hot pink jacket with black lapels, Hardy began with a guitar solo before growling his way through the Cajun song.

After the performance, Idol judges Katy Perry, Lionel Richie and Luke Bryan had nothing but praise.

“If you apply yourself like you’ve applied yourself for the next five years every single week and don’t get lazy, you’re gonna be one of the biggest starts on this planet,” said Perry, whose playful “crush” on Hardy has been a popular storyline this season.

Richie said he couldn’t believe he had to beg Hardy to join the competition during his impromptu audition in Idaho, where he went to play guitar for friend Ashton Gill during her audition.

Richie said he’s glad he did.

“From that point on, not only did you join the competition, but you stole my look in the process,” Richie joked. “More importantly, I never thought I’d ever use this word to describe you, but that was a ‘nasty’ song. And you’re on your way, my friend.”

Though Hardy told Seacrest his nerves were “everywhere” during the finale, he hid it well and said the experiences he’s gained the last year helped him reach the final episode.

“Just from last year to here, [I’ve just been] learning new things and applying them to my performances,” Hardy said.

Round Two of the finale featured hometown songs for the three finalists, and for his selection, Hardy chose Hank Williams’ 1952 bayou song “Jambalaya.”

But before Hardy sang, the show played the video package from his rockstar homecoming tour back in Louisiana last week, when he visited the Governor’s Mansion and his alma mater French Settlement High before concluding the day with a parade and concert at the Livingston Parish Fairgrounds in front of 10,000 screaming fans.

The video also showed a clip of Hardy’s visit home with his family, an emotional dinner that had everyone in tears.

Hardy’s “Mawmaw” choked up when she talked about watching her grandson on television, and Hardy shared a tender moment with his niece when she told him “you’re the best uncle I could’ve ever asked for.”

At one point, Hardy bowed his head and started crying, something his mother Cindy said she’s rarely seen him do.

It was the lift Hardy needed to finish the job he started more 18 months ago, when he first auditioned in front of the Idol judges as a shy 17-year-old.

“I feel like all of Louisiana is behind me,” Hardy said.

After the clip, Hardy roared back on stage — donning a gold-leafed jacket reminiscent of his Louisiana roots — and rocked the crowd with the Hank Williams jam. He had both the crowd and judges dancing in their seats.

Once the song ended, the crowd erupted into a thunderous applause, with Bryan calling it a “great song choice.”

“Way to show the people back home you’re still stuck to your roots,” Bryan said.

The first elimination came after the Top 3 finalists sang two songs, with Vandenburg being the first to go.

Performances from former Idol contestants and music stars filled the next half of the show, with Carrie Underwood, Adam Lambert, Montell Jordan, Weezer, Dan + Shay, Kane Brown, Andra Day, and Kool & The Gang among the plethora of performers who took the stage. The three Idol judges also performed during the show.

After the fanfare, Hardy and Aranda each performed one final song for the judges, with Hardy choosing Sam Cooke’s “Bring It on Home to Me.”

It was another strong performance that had the judges singing his praises.

“When I heard you last year, the tone in your voice is something special and you can’t teach that,” Bryan said. “You’ve got that tone that is so identifiable. This is the last time I’ll ever be able to comment on you, and love you, bud.”

“You are authentic,” Perry said. “You’ve always been authentically Laine, and you weren’t ready last time. You’re ready this time.”

After the music died down, Seacrest called Hardy and Aranda back to the centerstage for the results. Standing side-by-side, the nerves showed on the faces of the two finalists, who became “super close” friends during the season and had their arms wrapped around each other as Seacrest held the envelope.

Seacrest paused at several moments as he read out the results, trying to build up the drama following the wild night.

After 23 seconds, Seacrest called out the two words everyone in Livingston Parish wanted to hear.

The night concluded with Hardy singing his first single “Flame.” At one point the rest of the Top 10 contestants rushed on stage to sing with Hardy, hugging him throughout the song.

After the confetti fell on top of the backwoods Louisiana boy, Seacrest took Hardy aside for a Facebook Live interview and asked him how he felt.

In classic Hardy fashion, he was nearly speechless.

“I don't know how to feel right now,” an exhilarated Hardy said. “I can't feel anything.”

‘My mind blacked out’ | Laine Hardy appears on ‘Good Morning America’ and ‘Live with Kelly and Ryan,’ here’s what he had to say

Shortly after being crowned the new American Idol, Laine Hardy hopped on a red-eye flight bound from Hollywood to the Big Apple.

Think you can be the next Laine Hardy? American Idol auditions coming to Louisiana this summer

Think you have what it takes to be the next American Idol?

The Bayou Boy is a hall of famer.

A three-time national champion. A club being honored for 50 years of community service. The nation’s largest fundraiser for St. Jude. Children…

‘A fun ride’ | Exactly one year ago, Laine Hardy was crowned the winner of American Idol. Much has changed since.

Exactly one year ago, Laine Hardy almost blacked out.