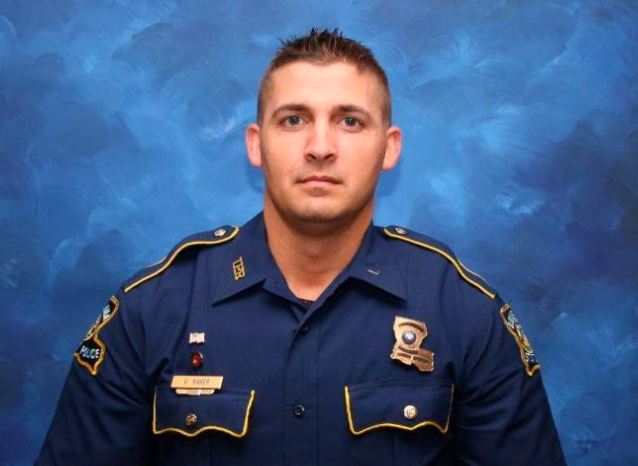 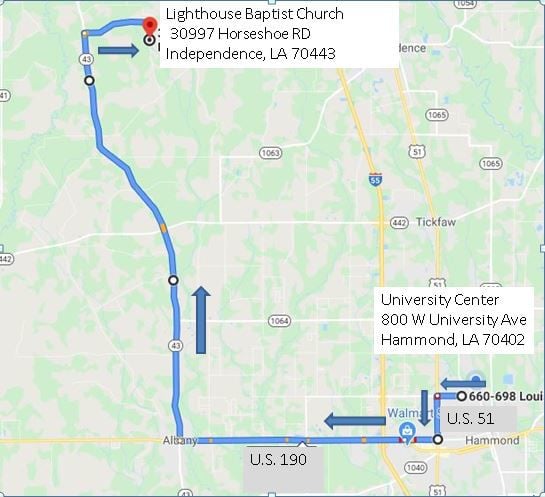 Trooper George Baker will be laid to rest following a procession from the Southeastern University Center to the Lighthouse Baptist Church in Independence, Louisiana, where he was a dedicated member.

Trooper George Baker, who died Sunday from injuries sustained in the line of duty, will be laid to rest in a private memorial service on Thursday, May 28.

The service will take place at 10:30 a.m. at the University Center on the Southeastern Louisiana University campus in Hammond. Only family members, Louisiana State Police Troopers, and uniformed law enforcement colleagues will be allowed to attend.

For those unable to attend, a link for the live-streamed service will be available on the LSP Facebook page at www.facebook.com/LouisianaStatePolice. It will be filmed with assistance from the Southeastern Sports Network.

Local law enforcement agencies are invited to participate in the procession from the Southeastern University Center to the Lighthouse Baptist Church in Independence, Louisiana, where Baker was a dedicated member.

The public can also demonstrate their support for Baker and his family by lining the procession route, which will run west on U.S. Hwy. 190 before turning north on LA. Hwy. 43. Procession start time is tentatively set for 12:15 pm with updates being provided on the LSP social media accounts.

Blood drive being held in honor of Trooper George Baker

Baker, a lifelong resident of Albany and 2005 graduate of Albany High, died four days after he was injured in a police chase in Hammond that occurred around 2 a.m. on Wednesday, May 20.

According to authorities, Baker and another officer were retrieving a tire deflation device from the road when they were struck by a Hammond Police Department unit. Both officers were transported to North Oaks Medical Center, and one was later released with minor injuries while Baker remained “in critical condition” until his passing Sunday evening.

The news has swept through the state since authorities announced Baker’s passing, with many people taking to social media to pass their condolences to his survivors, which include a wife, a daughter, his parents, sisters, and other extended family members.

A two-day blood drive has been held in Baker’s honor, and people have been donating to Baker’s family through www.latroopers.org.

Baker, who became a state trooper in November 2017 and previously served in the U.S. Marines, continued to serve others even after his passing, donating his organs to save others in what Louisiana State Police called “his last act of selfless service.”

Uniformed troopers stood at attention on both sides of a hospital hallway as Baker’s body was taken out of North Oaks Medical Center, and a caravan of State Police cars later escorted his flag-draped casket away from the hospital.

“In his last act of selfless service, Trooper Baker was escorted to donate his organs, so others may live,” LSP said in a Facebook post Monday afternoon.

According to his obituary, Baker “absolutely loved being a father to his daughter Harper, who was his world.” He was described as “a brilliant man” who “always kept a smile on his face” as well as someone who enjoyed hunting and fishing.

“He was a very generous, selfless, and loving person, always there to provide love and support to his family and friends,” his obituary said. “His generosity and loving spirit will be greatly missed by all who knew him.”

Flags over the State Capitol and all public buildings will be flown at half-staff until sunset on Thursday, May 28, in honor of Trooper George…