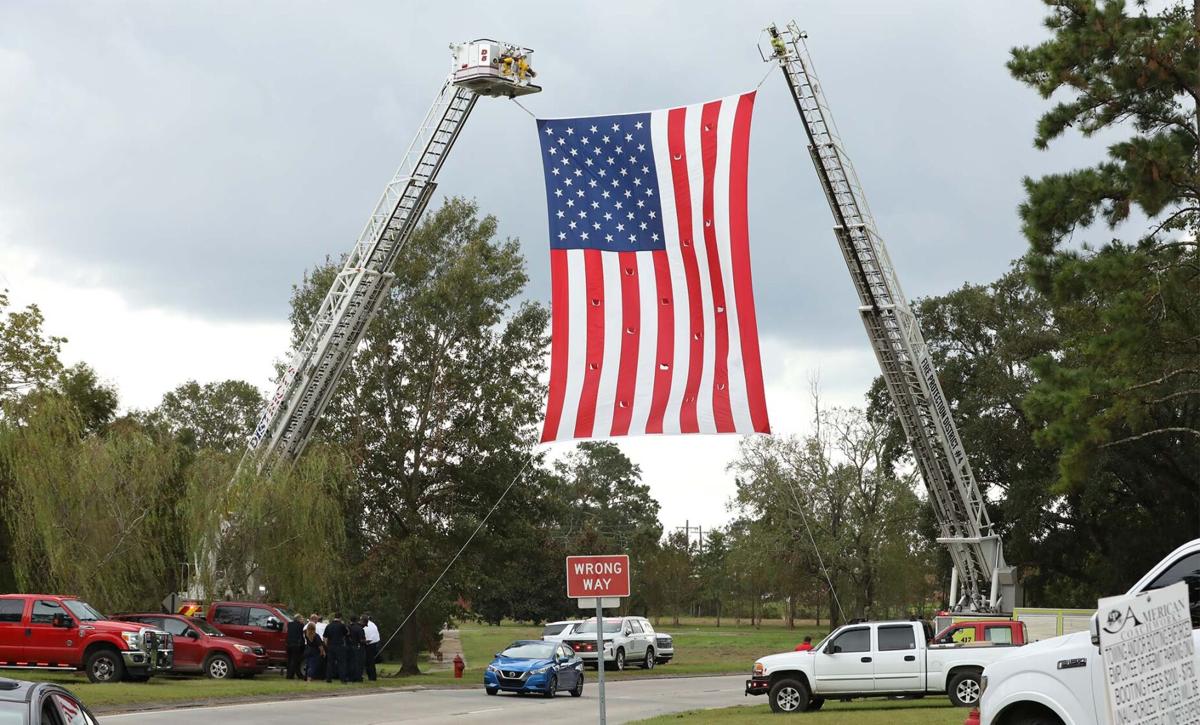 A large American flag waves over a highway in Denham Springs for a funeral procession honoring Laura James, a former Livingston Parish Sheriff’s deputy who passed away Sept. 6, 2021, following a month-long battle with COVID-19. 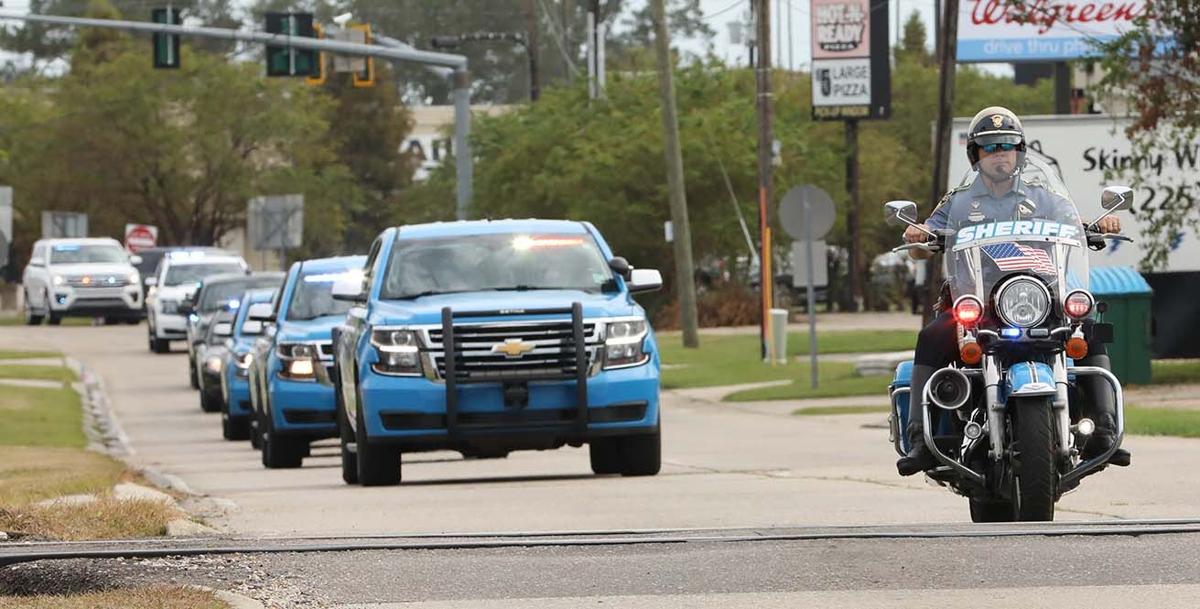 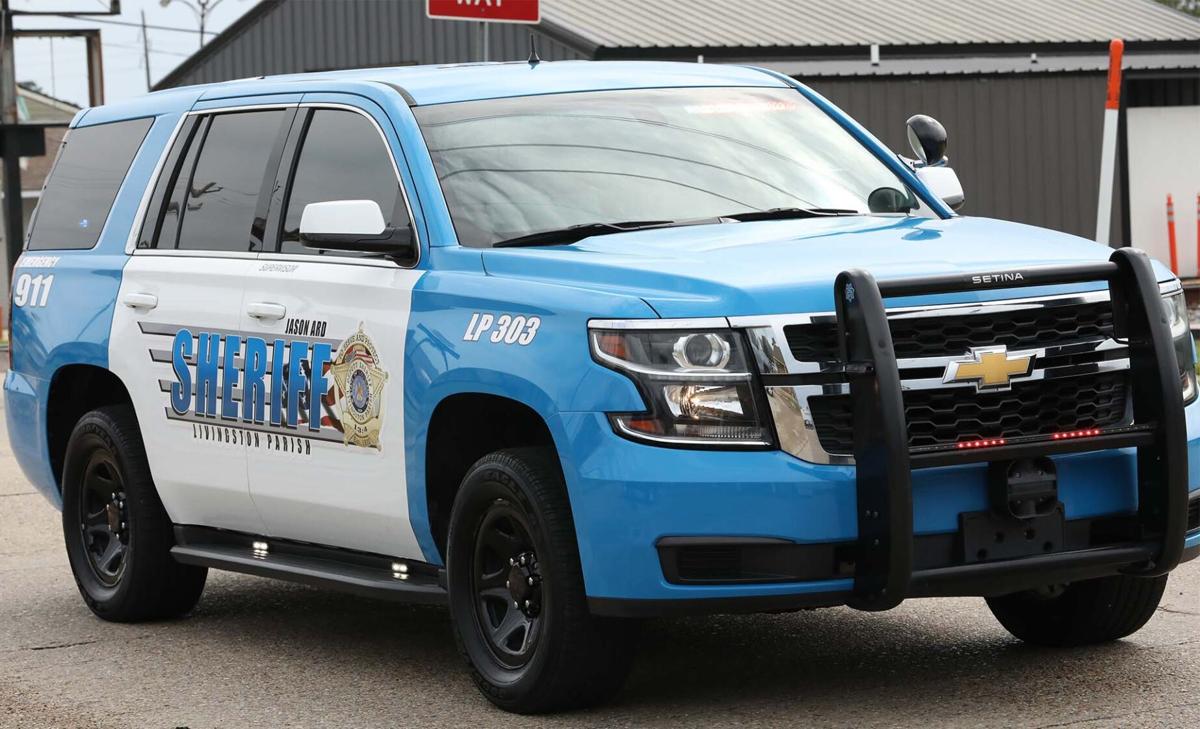 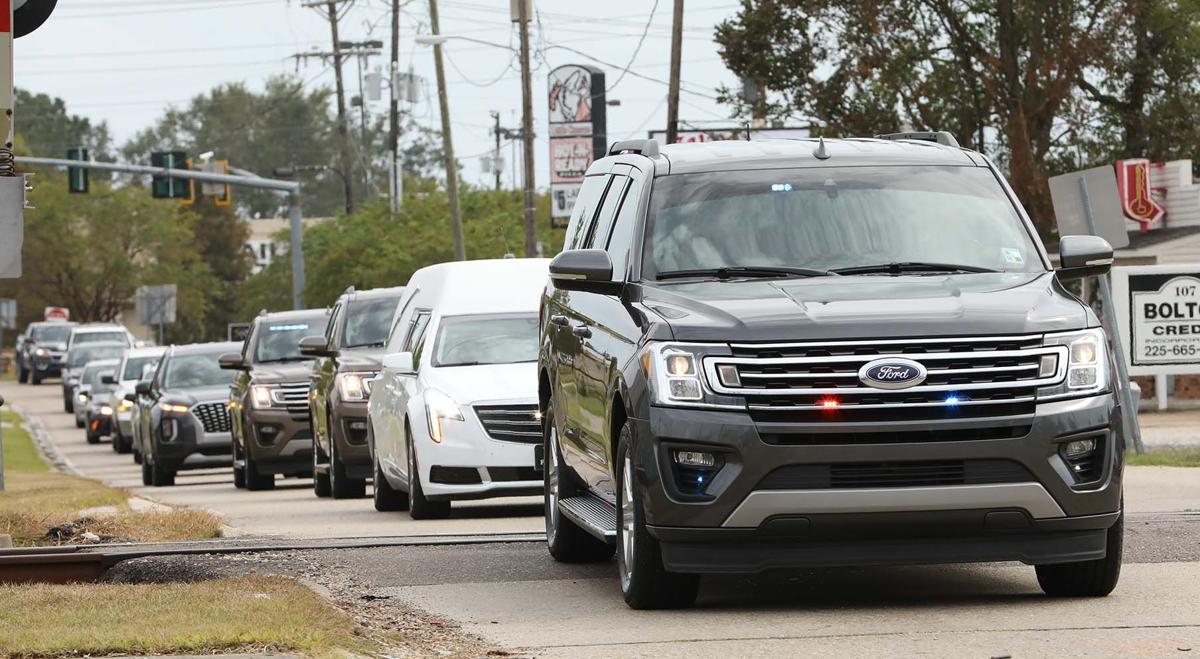 Cars move in a long line during a funeral procession honoring Laura James, a former Livingston Parish Sheriff’s deputy who passed away Sept. 6, 2021, following a month-long battle with COVID-19. 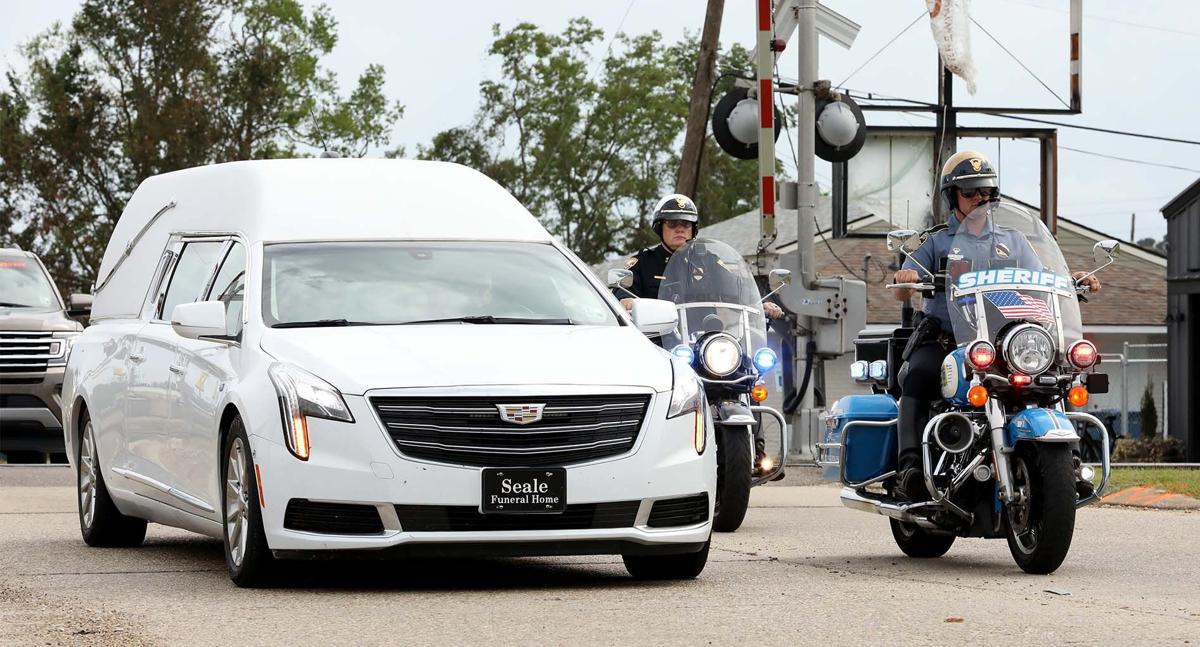 A large American flag waves over a highway in Denham Springs for a funeral procession honoring Laura James, a former Livingston Parish Sheriff’s deputy who passed away Sept. 6, 2021, following a month-long battle with COVID-19.

Cars move in a long line during a funeral procession honoring Laura James, a former Livingston Parish Sheriff’s deputy who passed away Sept. 6, 2021, following a month-long battle with COVID-19.

Friends, family members, and colleagues of the late Laura James, who served the citizens of Livingston Parish for more than two decades as a dispatcher, paid their final respects during a funeral service and procession on Monday, Sept. 13.

James, who had been involved in emergency communications for 26 years, died Sept. 6 after a month-long battle with COVID-19, one of more than 300 local residents who have died from the virus.

In a statement on social media, Livingston Parish Sheriff Jason Ard thanked everyone who helped honor James, a resident of Denham Springs. Recently, a group of deputies cleaned the cemetery where James would later be laid to rest. The cemetery was “in a state of disrepair” following Hurricane Ida, Ard said.

“That’s when Bre Lovett(Warrants Division) sent the call out to anyone who could help and was overwhelmed with how many showed up on their off time to help,” Ard said.

“The deputies that showed up have been working seven days a week on twelve hour shifts, but still gave up time with their families and much needed rest to make sure her final resting place would be as beautiful as Laura.”

The service took place at a funeral home in Denham Springs, where friends and family members came together to celebrate James’ life. After the service, a convoy of police vehicles led the procession a few miles away to a cemetery further in town.

The Livingston Parish Sheriff’s Office later released a video of the snapshots from the service and procession, which has since been uploaded to Youtube. In the video, dozens of law enforcement officers can be seen saluting the casket bearing James. At one point, Ard presents an American flag to her survivors.

A large American flag was also placed above a highway on the route, waving overhead as vehicles passed underneath.

“She served with pride, honor, and integrity,” a dispatcher said.

Josephine Schultz, widow of Robert Schultz and mother of 3, di…