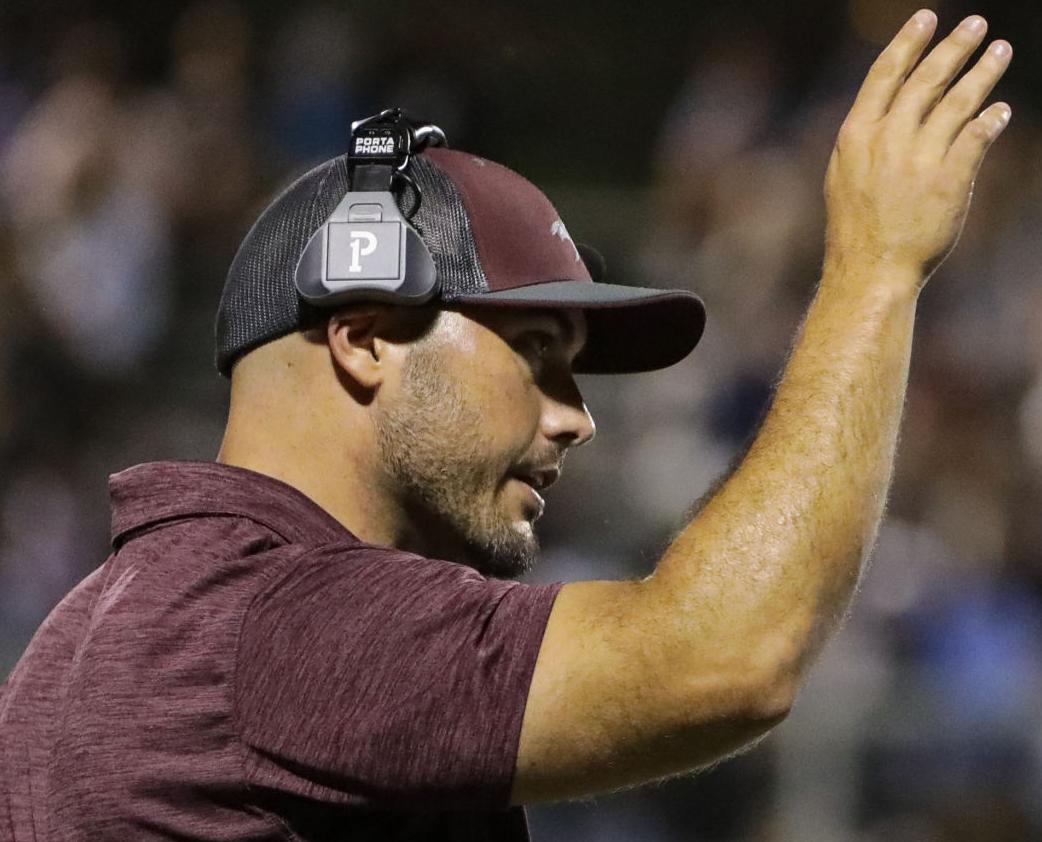 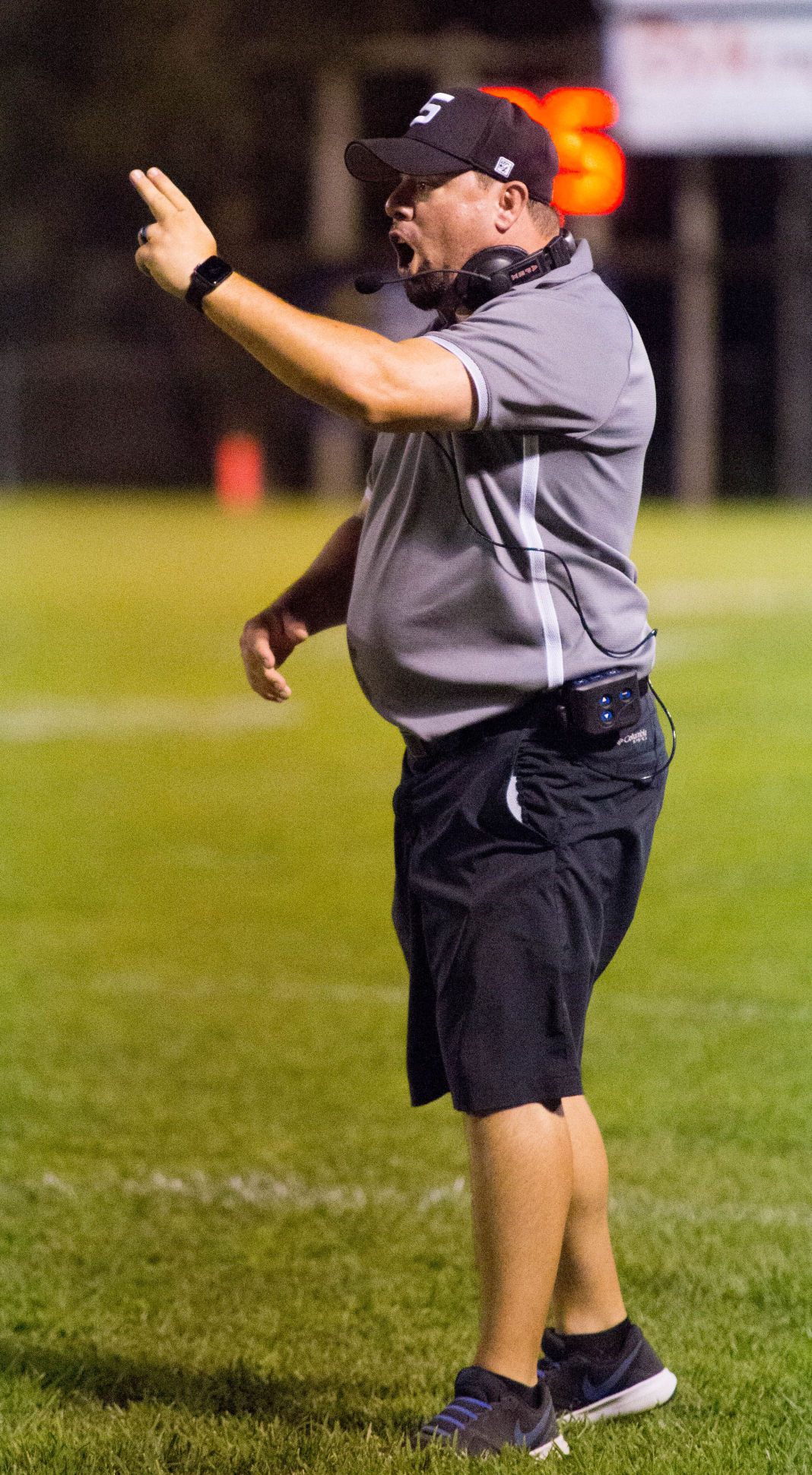 High school football teams in Livingston Parish will be able to take some baby steps toward a potential season Monday.

Monday is the official start date for football practice on the Louisiana High School Athletic Association’s calendar, and the organization’s original guidelines did not allow certain activities until reaching the LHSAA’s Phase 3.

With the state still in Phase 2 of reopening until at least August 7, a memo from Louisiana High School Athletic Association Executive Director Eddie Bonine earlier this week will allow teams to don helmets, use hand shields and pop-up dummies and conduct ball-handling drills and intrasquad 7-on-7 drills with no contact beginning Monday.

The memo left it up to individual school systems whether to move forward with football practice Monday, and schools in Livingston Parish will be able to do so.

“The reason that we’re confident in continuing with this is because our schools have done a really good job of following the Phase 2 guidelines, and there’s no reason to think they can’t continue to do that with a little more freedom of activity,” Livingston Parish Public Schools athletic director Steve Parrill said. “Our coaches have done such a good job we’ve got no reason not to. I don’t think it’s going to create an increased safety factor if the coaches continue to be stringent following the Phase 2 guidelines.”

For a pair of parish coaches, the move provides some optimism regarding this season.

“It’s excitement,” Springfield coach Ryan Serpas said of being able to begin practice. “As soon as your season ends, basically, you look forward to the next season and trying to get things situated and what you can do to get better, and so all those thoughts that have been running through my mind since last November are finally going to have a chance to kind of be realized – to see what we’re going to be able to put out on the field and see what we’re going to be capable of and try to build this team. I think we’re on the right path as far as team-wise. I think that it’s going to be interesting to see how things kind of play out and being able to get these kids an their excitement level of being able to get out of their houses and be around their friends because they were kind of dragged away from that in the middle of March.”

“It’s going to be a lot of what-ifs and trying to see what we have, and hopefully they’re (players) as excited about the possibility of us being able to play football as we are of getting out there and coaching,” Serpas said.

“I don’t know what it means,” Albany coach Mike Janis said of starting practice. “We still don’t have the direction or plan as far as when we’re going to play any games, but it’s just nice to be able to do something to be able to get started with football, and it provides a little hope and maybe a little light at the end of the tunnel.”

Parrill stressed that Phase 2 guidelines include static groups of 25 people indoors and outdoors with social distancing and increased sanitation.

“The risk that happens with all of this is ideally, you’re going to have contact among static groups, but if you do have contact and somebody is at risk, you’ve limited the contact group and you can isolate who potentially could have come into exposure,” Parrill said. “The other part of this that’s important is having open discussions with your athletes, so if someone’s not feeling well, they don’t feel pressured to practice.”

That’s something Serpas said he’s taken into consideration before practice begins. He said his team won’t start practicing in helmets until Wednesday in order to get his coaching staff and players on the same page regarding practices.

Serpas also noted he has some players who haven’t taken part in summer conditioning because of concerns about COVID-19.

“I still want what’s best for the kids as far as their health, and I’ll support whatever parents’ decision is made on that,” Serpas said. “I’m not going to tell somebody you’ve got to be here to do this if you’re going to be a part of this team, because I understand that this is something that can cause death, and not necessarily with that kid. We know that the numbers have come out and said … kids, their recovery time’s much faster and their more resilient because they’re younger, but they could bring it home to a grandma who lives with them who might be more susceptible or something like that, so I understand those parents wanting to protect their family and loved ones from this, and I’ll be supportive of those kids whose parents who aren’t allowing them to play right now.”

Janis said he knows it’s going to take some time for his team to get into football shape.

“We haven’t really done a whole lot, and trying to abide by the rules that have been given to us (with) what we can do, we really haven’t really got a lot accomplished, and we haven’t had helmets on,” Janis said. “That’s been some things that schools around the state have been doing, and we haven’t put a helmet on yet. I think (the kids) are more excited than anything, so I think that will be an easy adjustment, but (it’s) just time to get to work.”

Serpas said there’s another side of the coin as it relates to getting back to the business of football.

“I also understand and realize what sports can do for communities and people going through stuff like this,” he said. “It can be something that really kind of brings people together and allows them to be able to get out there and be more social and do things. I’m hoping that the worst is behind us and we’re going to be able to carry on and be able to get back to some type of normalcy.”

The memo also states that until the state moves into Phase 3 of reopening and establishes a ‘positive trend’ in relation to the novel coronavirus, ‘the start of the regular football season, including but not limited to full contact, scrimmages, jamborees and eventually the beginning of interscholastic competitions will inevitably be adjusted.’

Janis, however, said he plans on taking advantage of some of the unknowns regarding the season to help his team.

“Not knowing when we’re going to get to play a game again I think helps us to really slow things down and focus on the fundamentals and a lot of individual work and some group work in before we progress in anything and just really teach right now,” Janis said.

Marilyn Slaughter Fayard, age 76, went to her heavenly home on…