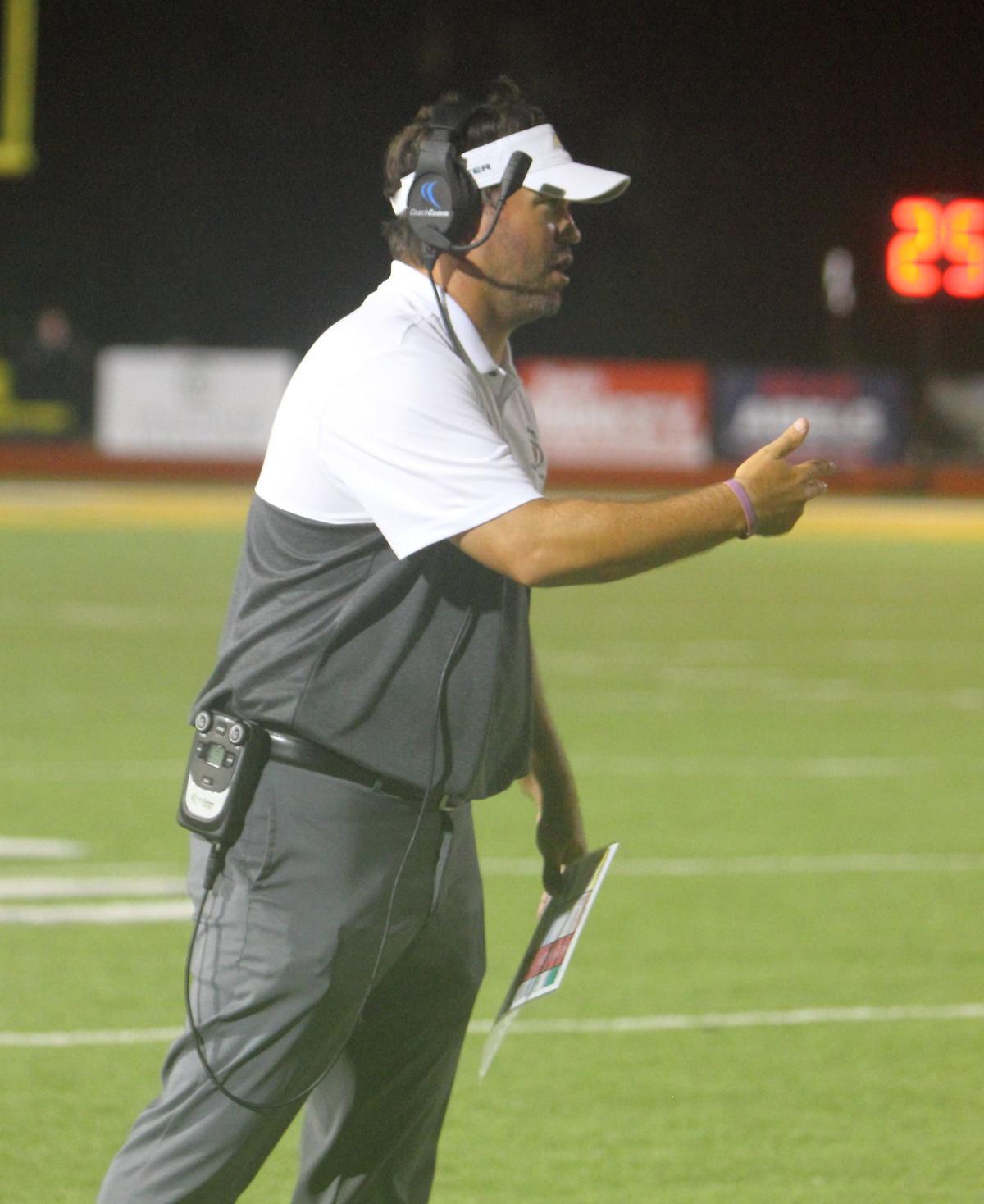 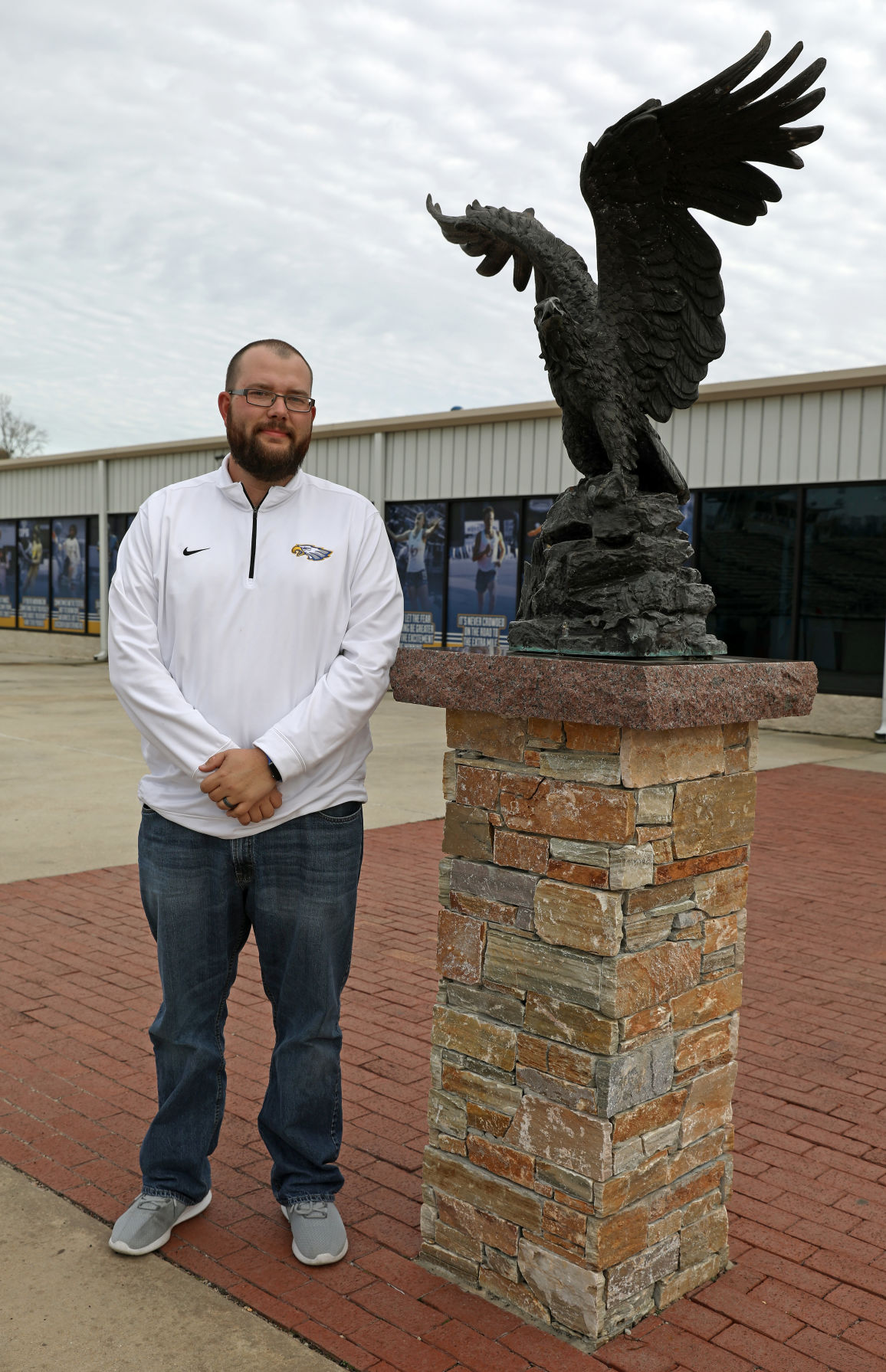 With Gov. John Bel Edwards’ announcement the state would be staying in Phase II of re-opening in the midst of the novel coronavirus pandemic earlier this week, Livingston Parish’s Class 5A football coaches said not much will be changing for their programs as schools continue summer workouts.

They’re also trying to maintain a positive outlook under the circumstances.

“As far as staying in Phase II, if the powers to be think that’s the smartest thing, well, we’re going to support it and we’re going to continue to do what we’ve got to do,” Denham Springs football coach Brett Beard said. “Worst-case scenario, these kids get out of the house, they get to come train, they get to get out here and move around, and if they were to say, ‘look, we’re not going to be able to play football this year’, you know what? These kids just got a month during the summer to get out, be with each other, train, get healthy, be healthy. These are all going to be great benefits no matter when we’re playing football or how we’re playing football.”

Schools in Livingston Parish were allowed to begin summer workouts June 9, which for football-playing schools means conditioning under guidelines set forth by the Louisiana High School Athletic Association.

“The good thing is it’s kind of what we’ve been doing, so we just keep going with that,” Walker coach Chad Mahaffey said. “I think we’re used to all the check-in procedures and what we can and can’t do and safety precautions … Obviously, we were hoping that things would go in the right direction and we’d maybe get to advance a little bit, but if they’re not ready for that, then we’ll just keep doing what we’re doing.”

Normally, football schools would be wrapping up 7-on-7 league play at this point in the summer, but Mahaffey said that likely won’t happen as 7-on-7 competition isn’t allowed under guidelines for Phase II. It is allowed in Phase III guidelines, but ‘only in an intra-squad setting.’

“At this point we’re not having them, so that’s a done deal,” Mahaffey said of 7-on-7 play. “Do we wish we could do that? Yeah, but we wish we could have spring (football). At this point, it’s not going to do you any good to whine about what you can’t do, so for us, we’re just going to teach and do what we can do in this phase, and whenever we’re ready to proceed past that, we’ll advance.”

Mahaffey said not having 7-on-7 drills hasn’t necessarily been a bad thing for his team.

“It’s a different summer, but I think we’re trying to really go in depth with explanations and understanding, so maybe because we’re not doing as much competitive stuff that maybe we’ll gain a deeper understanding maybe of our assignments and roles, things like that,” Mahfaffey said. “I think we’ve tried to focus on more just assignments and installations and stuff because … we missed some stuff obviously in the spring and early summer, but also just because that’s kind of the stuff you can do now. Like I said, try and make it a positive for us. I know just planning practice or something, if you’re going to do one-on-ones and 7-on-7, there’s just less time that you have to devote to the teaching, so they may get a little bored on some of the walk-through stuff, and we’re trying to mix it up as coaches too and be creative with what we can do and keep it kind of new and fresh.

“For the most part, it’s really been good, and I think the kids, especially the young kids coming in, are really getting to hear it, learn it and see it and not have to just go, go, go and perform just yet,” Mahaffey continued.

Edwards announced Monday the state will remain in Phase II for 28 days based on recent spikes in COVID-19 cases.

“I think we all wanted to go to Phase III, not just as a program, but as a state in general, but here we are, and we’re going to make the best of the situation I think just like most of the state has,” Live Oak coach Blane Westmoreland said while noting not much is going to change for his team in terms of workouts during the extended time in Phase II. “We made the best of a bad situation, and we’ve got to continue to stay in this for the next 28 days and see where we’re at come July 20.”

Westmoreland, however, said the extension of Phase II could bring up some new issues down the line.

“I think for us, the biggest concern is the July 20 date and staying in Phase II that long,” he said. “It’s raised an alarm to a number of people about the upcoming school year as well as the upcoming football season.”

Beard said he understands the reasoning behind staying in Phase II.

“You have to err on the side of caution,” he said. “You have to be smart for our kids, our humanity. You have to be, and we’re going to do everything we’re supposed to do and continue to do it the right way. Fortunately, knock on wood, we haven’t had any issues so far. Now we’re into that third week (since the start of summer workouts) where if we’ve been exposed to it, it would kind of start popping up. I think our trainers have done a phenomenal job. We’re going to continue to go as if we’re playing no matter what phase we’re in right now as long as we’re following the guidelines of those phases. You just tell Denham Springs football when and where to play. If it’s got green grass and white lines, our kids will be ready to go at it.”