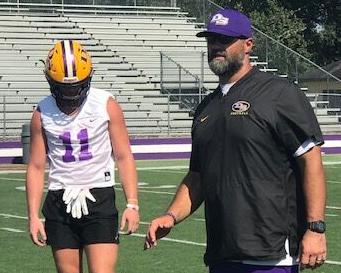 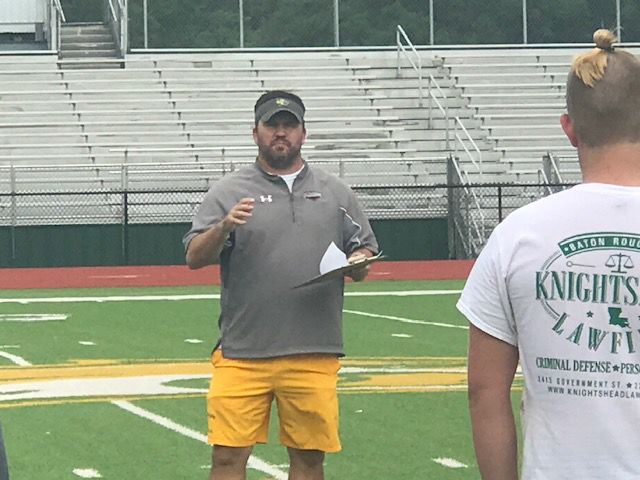 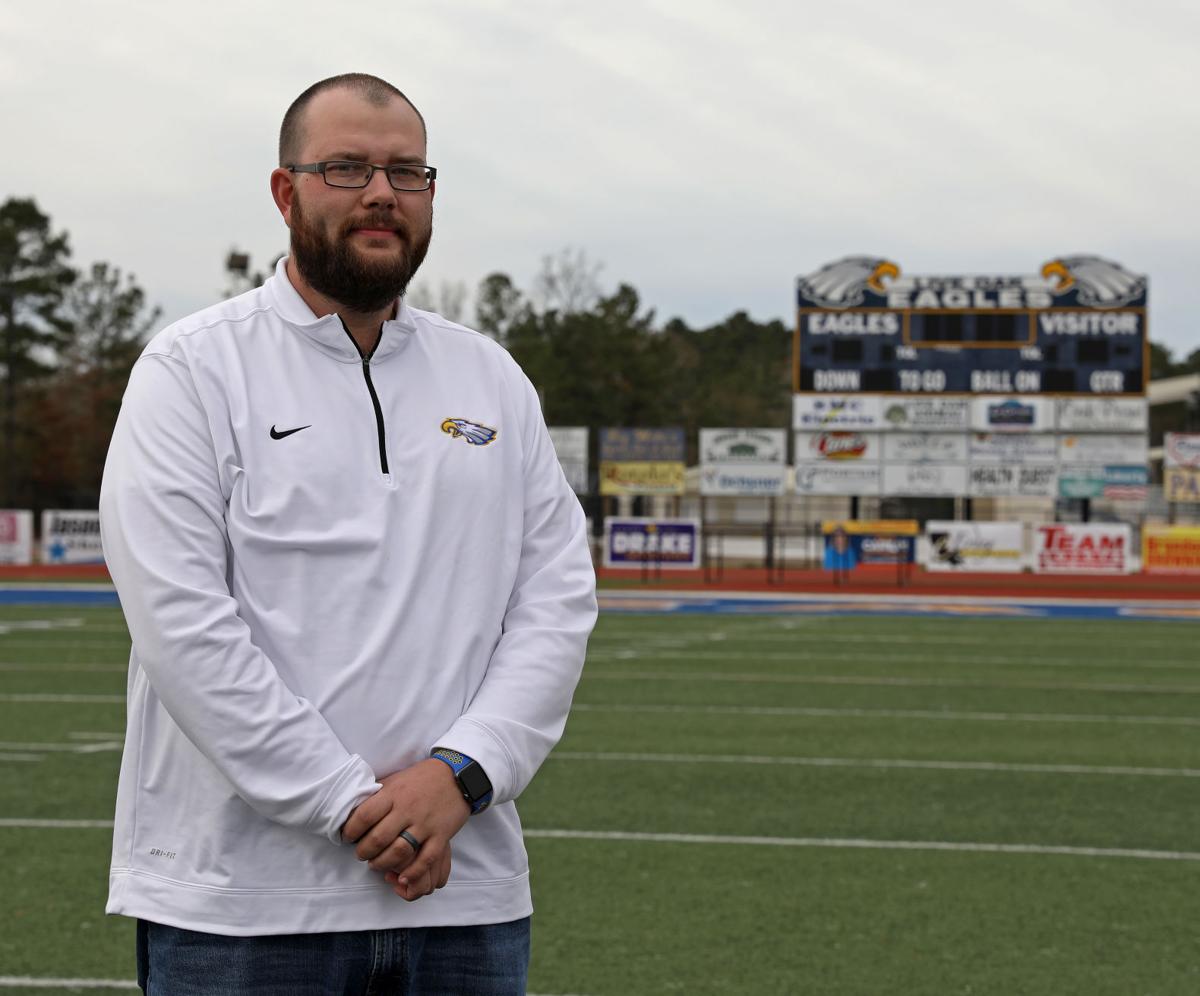 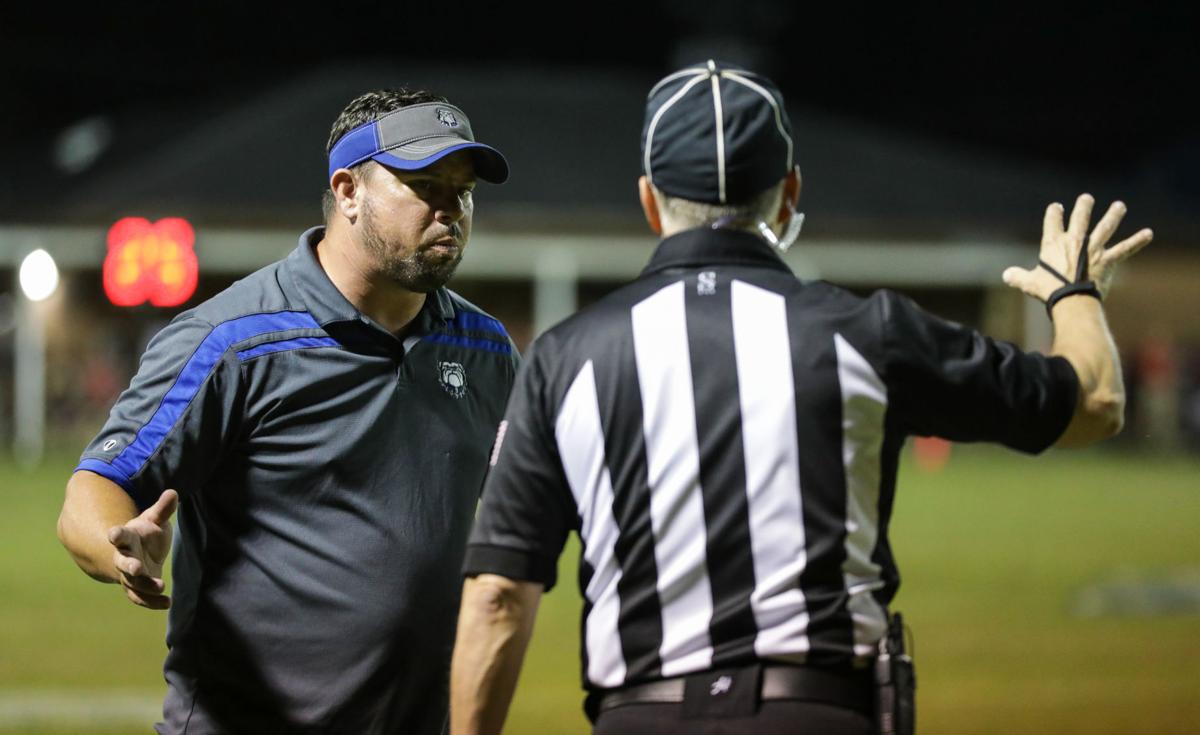 Springfield High coach Ryan Serpas asks for clarification on a call from a referee. 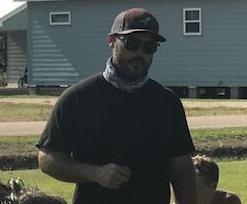 Springfield High coach Ryan Serpas asks for clarification on a call from a referee.

The waiting game is over for the start of high school football in Louisiana, and for coaches in Livingston Parish, the news was kind of like getting a victory before the season even gets started.

Louisiana High School Athletic Association Executive Director Eddie Bonine told the House Education Committee Friday he doesn’t see a reason why games can’t start the weekend of Oct. 8-10, even with the state presently in Phase 2 of reopening in the midst of the novel coronavirus pandemic.

The state is currently in Phase 2 of its reopening, but Bonine on Friday, told the committee plans to proceed with football season will move forward regardless of where the state stands in the reopening process, which Walker coach Chad Mahaffey said was his biggest takeaway from the proceedings.

The move came as part of a multi-organizational effort to get the football season started.

“We got a date,” Albany coach Mike Janis said. “We got something real, tangible, and we’re ready to go to work and get ready for that date.”

It was tough for coaches not to think about their players following Friday’s announcement.

“I felt good this whole time,” Denham Springs coach Brett Beard said. “I’ve been positive in our leadership from the LHSAA and our state through all this craziness. I’ve remained positive, stayed positive with our kids nonstop, kind of kept our heads down and kept rolling for the opportunity and had our kids thinking whether we played tomorrow or six weeks from now or three months from now, Denham Springs was going to be ready to play football. To finally have somebody come out with legit, concrete answers saying we’re playing ball no matter what, knock on wood depending on the COVID and no spikes in anything else. I couldn’t be more excited for our kids. You could sense the energy from the kids and how excited they are to finally get that news and to hear it from the powers (that) be. They’re ready. They’re chomping at the bit. They just want to play somebody in a different color.”

“For our kids, it’s great to for sure know that we’re going to have a season,” Live Oak coach Blane Westmoreland said. “I feel like as the kids have started to find out and we’ve told them and everything, it’s almost like a kid on Christmas morning. They’re excited that all that hard work they’ve put in and everything that we’ve had to go through as a state in general – following the procedures and wearing masks and temperature checks – it was all worth it so we can play come Oct. 9.”

Mahaffey said he was going to relay the news to his team at Friday’s practice, but he was also mindful this offseason has been anything but normal.

“I think they’ll be excited,” he said. “Everybody will be excited. The one caution is just to understand there still is a long time before a game, so just to not go zero to 100 probably right out the gate for 30 days straight, either. You’ve got to be smart managing it, because … it’s just not exactly the same as where they’d be (conditioning-wise) in a normal summer, normal spring and all that.”

In an LHSAA memo last month, Oct. 8 was the start date for the season, and over the summer, Bonine told the House Education Committee football games wouldn’t start until reaching the LHSAA’s Phase 4, which essentially means getting past Phase 3. The state has been in Phase 2 since June, with the current order in effect to Sept. 11. Originally, teams weren’t allowed to participate in full-contact drills during Phase 2.

“We’re definitely excited to have the full backing of the LHSAA and Mr. Bonine believing that we’re good to go, and the plan that they put in place over a month ago, it looks like there is no more speculation about it,” Springfield coach Ryan Serpas said. “I’m excited, and I’m sure the kids now whenever we go out to practice are going to have a little extra pep in their step because they actually know that we are starting to prepare for the season.”

The other obstacle in getting back to playing football was Act 9, which is meant to limit the liability schools face regarding COVID-19-related issues, but Attorney General Jeff Landry wrote a legal opinion stating schools wouldn’t face liability if playing football.

“At the end of the day, these are human beings that truly love this country, truly love our state,” Beard said of the lawmakers who were part of the process. “They want to do right by people, and I think the outcry from parents and coaches and people that have got a lot at stake here, I think might have tugged at the old heartstrings and opened them up and they were able to get it done. There’s no doubt there’s some legality that comes with it. Getting certain groups on the same page of Act 9, it just took some people to decide to flex some muscle and get it done.”

“That just shows you our government and our LHSAA and our leadership, they were at the right place.”

Bonine said he’ll present a proposal to the LHSAA’s Executive Committee at its meeting Wednesday to set guidelines for the return to football with one goal to get players to full-contact drills. Bonine said he doesn’t expect any issues with the proposal passing, and neither do some parish coaches.

“I think everybody’s on board to do what’s best for these kids and these communities,” Beard said. “I think the biggest hurdle is over, and now you’ve got to get the details hashed out to give every kid the best opportunity to experience success and play the game they’ve been working to play.”

Last month, Bonine said there are plans in place for six, seven and eight-game seasons, but that’s one of the details Beard alluded to that will likely be hammered out next week.

“I’ve had some coaches call today just looking for some clarity and just kind of bouncing rumors that we’ve heard off each other,” Janis said. “Some want to know are we going to play eight games? Do we get a scrimmage before that first official game and different things. When are we going to be able to put pads on? What’s going to be the deal with water – are we going to be able to start providing water for them? Some of the things that we still don’t really have answers on, but I think the excitement level for the fact that we’re going to get back to playing football, at least for today, supersedes all that.”

“I still don’t know exactly who our opponent’s going to be, but whoever it is, we’re going to be excited to play football at Albany,” Janis continued.

Added Serpas: “I still think that we’re going to 100 percent hit that schedule date of Oct. 8. That would be regular season. I think we’re going to be able to have a scrimmage that week before. We’re at the point now to where everything is real, and I just knew that at some point how important football is to our state and then knowing that all the other sports – the basketballs and the baseballs – were still playing (in summer leagues), that if they could figure out a way to make that work through their organizations and leagues that we could figure out a way to allow football to happen as well.”

“I’m just pleased that the meetings and discussions happened,” Mahaffey said. “I think coaches just want the guidelines to be able to prepare and do what the rules say but get our kids out there and get them acclimated. We need to know what’s allowed and when and any specific guidelines that would be different than our normal practices. I think a big thing is knowing just schedule-wise knowing for sure – I think everybody’s kind of assuming it’s a Week 3 start, but just getting all the particulars of that, the playoffs and exactly what it will look like.”

In Phase 2, Open Safely Louisiana guidelines allow for 50 percent of an outdoor stadium’s normal capacity, and Serpas said that’s not a problem.

“Saying that there’s 50 percent, I’m OK with that because I think that will allow us to pay the bills that we have to pay as a football team, but the profits there where we usually make our money definitely won’t be there with that limitation, but it’s a give-and-take on that. If they’re allowing us to play and that’s the regulation that they’re going to set, then we’re going to abide by it.”

Westmoreland summed it up the following way:

Barbara Ann LeJeune, 71, of Denham Springs, passed away on Sun…