Like the rest of the state, Livingston Parish has seen record-setting spread of COVID-19 over the last two months. That has the parish on track to suffer a record number of deaths.

But as the delta variant surges, more and more people are getting vaccinated in Livingston Parish, where vaccinations have lagged the statewide average since the start. 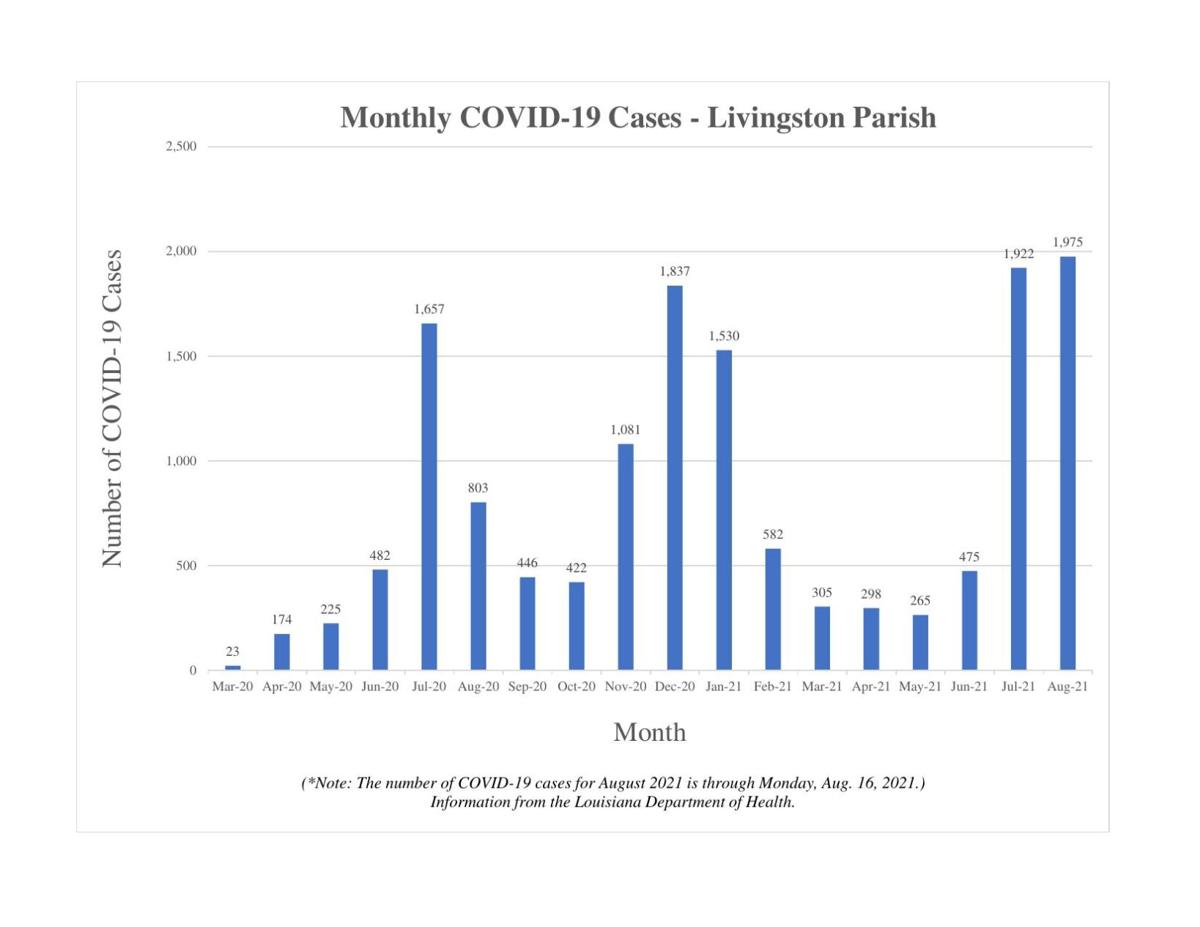 In July, Livingston Parish confirmed what was an all-time high of 1,922 new COVID-19 cases, which came out to exactly 62 per day. ​​That included an overnight rise of 311 new cases on July 27, by far the largest overnight in the parish since the start of the pandemic.

But things have only gotten worse.

The parish has already exceeded its monthly record for cases through 16 days in August, with 1,975 confirmed cases this month. That’s an average of roughly 123 per day, nearly double last month’s record-setting total.

And as cases rise, so do deaths. 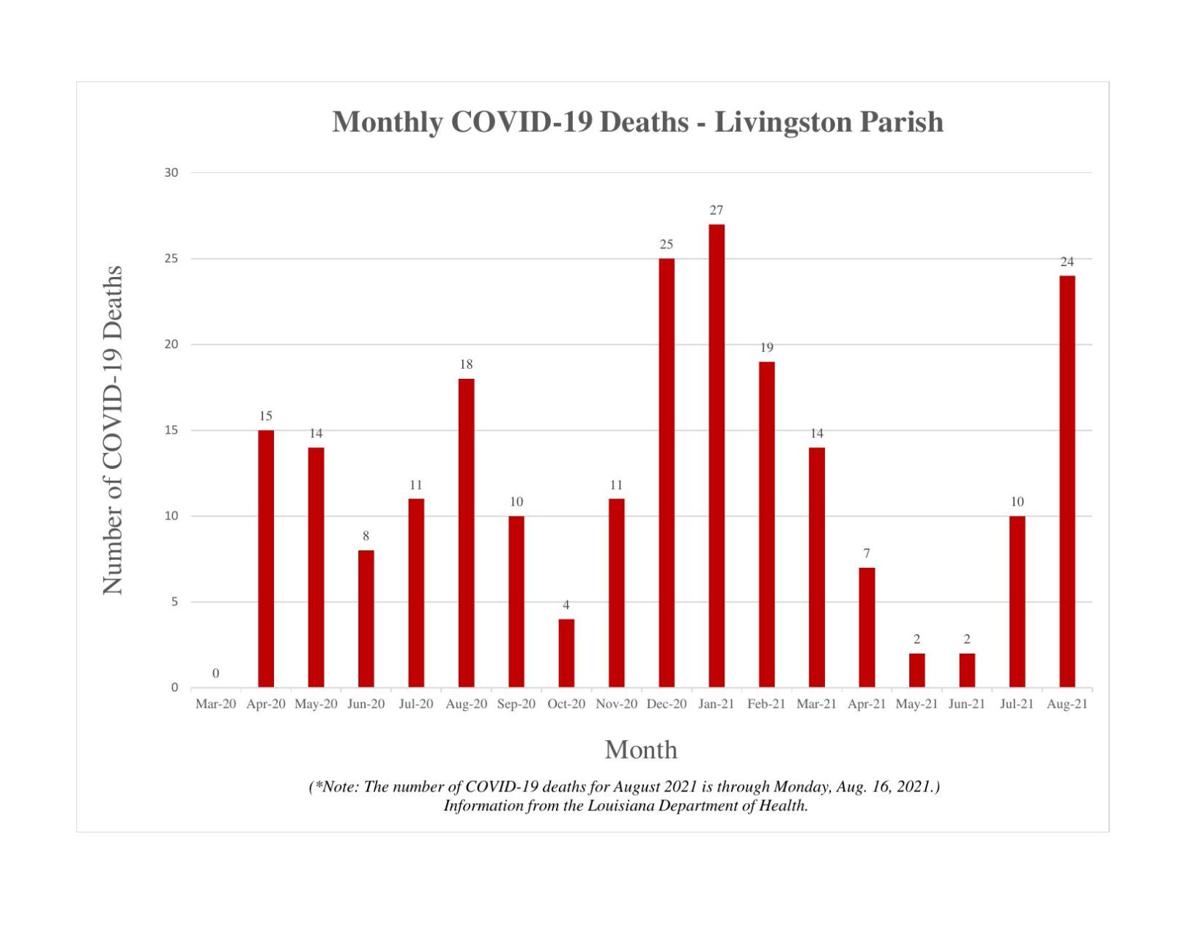 There have been 24 confirmed COVID-19 deaths so far in August, which trails only December 2020 (25) and January 2021 (27) for the most in a month since the pandemic began. Ten of those deaths were reported Aug. 11-16, including three on back-to-back days.

At its current rate, the parish is on pace for 45 COVID-19 deaths this month, which would be 10 more than the combined total from March through July (35).

But the current surge has led to more people rolling up their sleeves for vaccinations.

In the week of Aug. 2-8, approximately 3,147 parish residents started a vaccine series, the most in a one-week span since the Louisiana Department of Health began breaking down vaccination rates by parish in mid-March.

That represented a 602-percent increase from June 21-27, when 448 residents initiated a vaccine series.

In the most recent weekly report, approximately 2,553 people started a vaccine series, a dip from the week before but still higher than all but three weeks since mid-March.

As of Monday, approximately 51,006 Livingston Parish residents have started a vaccine series, which accounts for 35.8 percent of the parish’s population of 142,282, per the 2020 Census. Of that total, approximately 39,878 are fully vaccinated, or 28 percent.