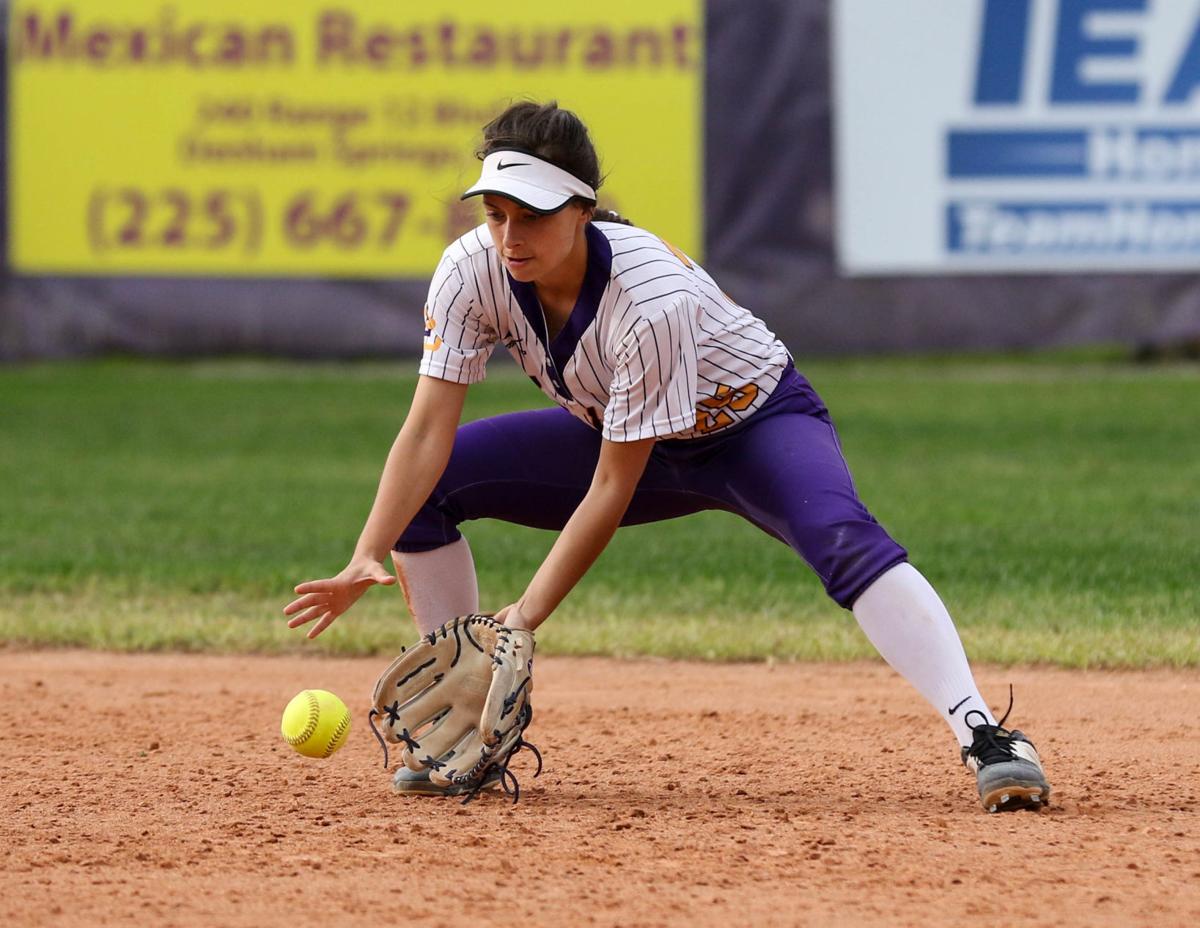 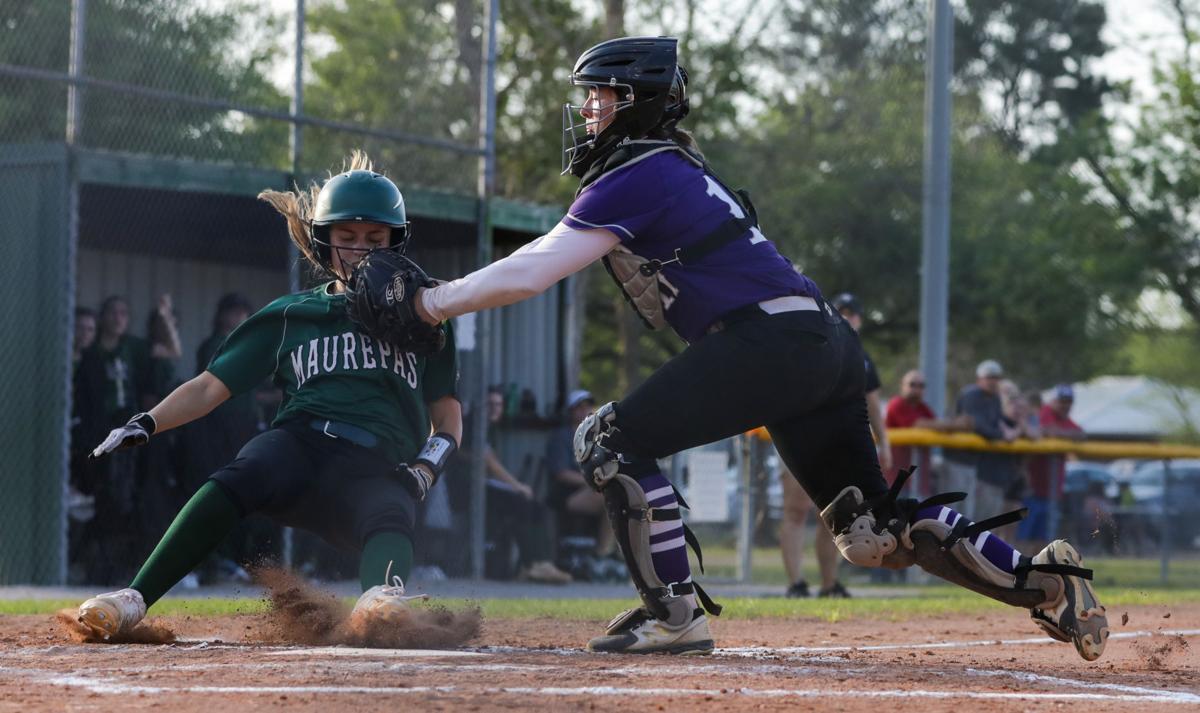 Denham Springs High co-head softball coach Leslie Yellott knew this season wouldn’t be the easiest for her team, and that’s played to form.

The Lady Jackets are 3-8-1 with the school year and season on hold as Livingston Parish and the nation deals with the novel coronavirus pandemic.

“It’s been a hard season so far, but I think it’s one where we keep telling the kids ‘if you learn from your mistakes and you keep pushing through adversity, eventually you’ll see the light at the end of the tunnel. You just have to keep pushing, and you can’t give up just because things get hard,’” Yellott said. “You can’t just lay down and give up. The easiest thing to do in anything in your life, whether it’s sports or life, or just your job, is to quit and to give up. That was our challenge to them – you’ve got to keep pushing, you’ve got to keep battling.”

Coming into the season, one of the biggest challenges was replacing pitcher Natalie Parker and outfielder Rayne Minor, both of whom signed with junior colleges after helping DSHS to the Class 5A quarterfinals last season. It’s been tough, with Yellott noting Parker made 11 of the team’s 21 outs on average last season.

“There’s 11 plays you don’t have to make on defense, and so that limits your potential for errors, for sure,” Yellott said. “So starting over this year with a very young pitching staff, when I sat down and talked to them (last) summer, our goals were to go ahead and get our basic mechanics down, develop a flip-change and everybody develop one moving pitch – each one of them something different. That was kind of the goal.”

With Parker’s departure in the circle and a re-tooled pitching staff, DSHS has also missed Minor in the outfield.

“My goal to my pitchers was we have to limit the number of walks,” Yellott said. “We have to make people earn their way on base. We have to trust our defense, and defensively, I don’t think I realized how little we had to play defense last year, and then you take Rayne out of center field. She played left-center and right-center. There are so many balls that have dropped (in the outfield this season) that just didn’t drop last year, but she’s also a freak-of-nature type of athlete.”

“You take that one key outfielder out of the mix, and we had a lot of kids that needed to step up,” Yellott continued. “Defensively, I don’t guess we got the reps that we needed to, I guess, Iast year, with balls hit well. When people did hit the ball, most of the time, it wasn’t hit well. It was a single. Now we’re having to defend doubles and triples in the gap, which is going to happen when you have a young pitching staff. It’s expected.”

Denham’s pitching staff is made up of senior Lakin Fletcher, who joined the team just before the season began and hadn’t played since her freshman year, along with sophomores Raegan Drummond and Macie Langlois and freshman Charity Trahan. Yellott said it’s been a season of adjustment for her with the group, noting the team has more errors and has allowed more baserunners this season.

“It’s attributed to the fact that last year we just didn’t have to play defense as hard – as smart and as hard as we needed to this year, and I didn’t realize that we just really weren’t that prepared,” Yellott said. “You don’t know until you know, and that’s kind of where I am with it. Even my kids that were returners, we just didn’t see the ball hit that hard last year. It’s not a knock on my pitchers because we’ve had games (where) they really did a good job because it was like a chess match trying to figure out when to pull this kid and put that kid in just to throw the batter’s time off a little bit. I knew eventually they would catch up and start hitting.”

The Lady Jackets have seniors Paige Luquette at shortstop, catcher Emma Hymel and outfielder Gabby Parsons, but at times the team has also had starting lineups that have featured four freshmen and four sophomores, including pitchers.

“The pressure of high school ball is so different than what they’ve experienced, and then really your freshmen go from 14-under to 18-under in three months,” Yellott said. “That’s literally what happens, so it’s a different world for them.”

While Yellot said she and her staff, which includes co-head coach Robbie Yellott, Lana Bowers, Harli Crow and volunteer coaches Hannah Dixon and Sam Bankston, don’t focus on individual statistics in an effort to help build a stronger team concept, she said it was necessary to show the team some other statistics – errors and walks being just two of those – to help illustrate some of the team’s issues and work on improving them.

“When you don’t have hope is whenever you get your teeth kicked in and you’re getting beat game, after game, after game and there’s absolutely nothing you can do differently to change the outcome,” Leslie Yellott said. “But when you can change the outcome and you can look at these stats and go, ‘OK, if we’d have just done this a little better, it would have meant the difference in the game’, and I think they were starting to see that, and that’s what so sad about this (season stoppage) …”

The losses of Parker and Minor also took a chunk out of last season’s offensive production, but the Lady Jackets have responded, averaging 8.7 runs per game this season after averaging seven per game last year.

“That’s two key hitters out of our four seniors that we lost last year, and to say that we lost those two kids, what we’ve been able to do as far as run production has been crazy,” Leslie Yellott said.

The team also has nine home runs this season, which Leslie Yellott said is in part because Robbie Yellott and Bowers, who previously coached at Southeastern Louisiana, share similar philosophies on hitting, which has helped.

“We can push runs,” Yellott said. “We just need to make sure that we limit our walks and hit by pitches and then just play routine softball – not even ESPN plays – just make the routine plays. Let’s work to get an out every single batter.”

With the suspension of the season, whatever strides the Lady Jackets were making are now on hold, and that’s the tough part for Leslie Yellott and her staff.

“We have some really good kids,” she said. “We have some amazing kids, actually. Just a good group of kids. They love each other. We don’t have any kind of internal problems. We have a great coaching staff. I guess the disappointment for me is I’m worried that we’ll never be able to see that coming together time when we get it figured out, because I do believe we would have. I’m just afraid that we’re not going to see that come to fruition. I’m sacred that we’ll not be able to see what we could have been.”

“We’d have taken some knocks with the remainder of the games that we had left,” she continued. “I understand that, but I do think the fighting nature that has been instilled in these kids would have stepped up and come out, and I think we would have surprised people there toward the end. I’m just worried that we won’t have the chance to do that at this point, and that’s obviously disappointing for my entire team, but my seniors especially and my coaching staff because we’ve worked so hard with this team and we believe in them.”

Rayne is at Mississippi College, a 4 year school. Not a community college.