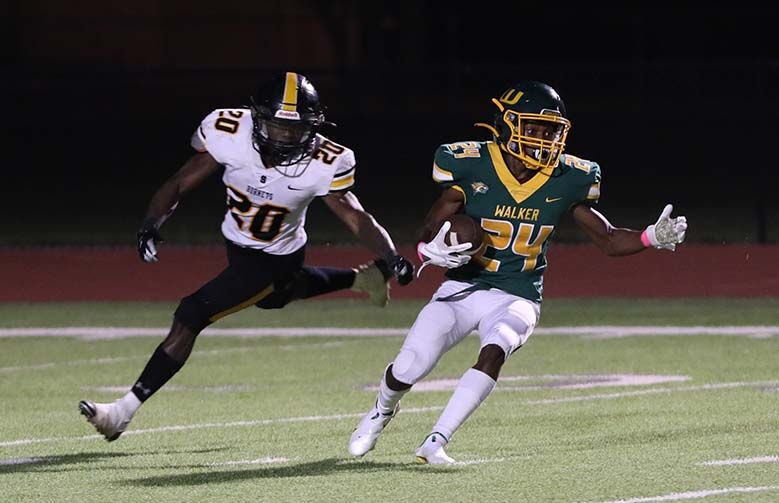 The Walker High football team plays against Scotlandville High in both teams’ District 4-5A opener on Friday, Oct. 8, 2021. 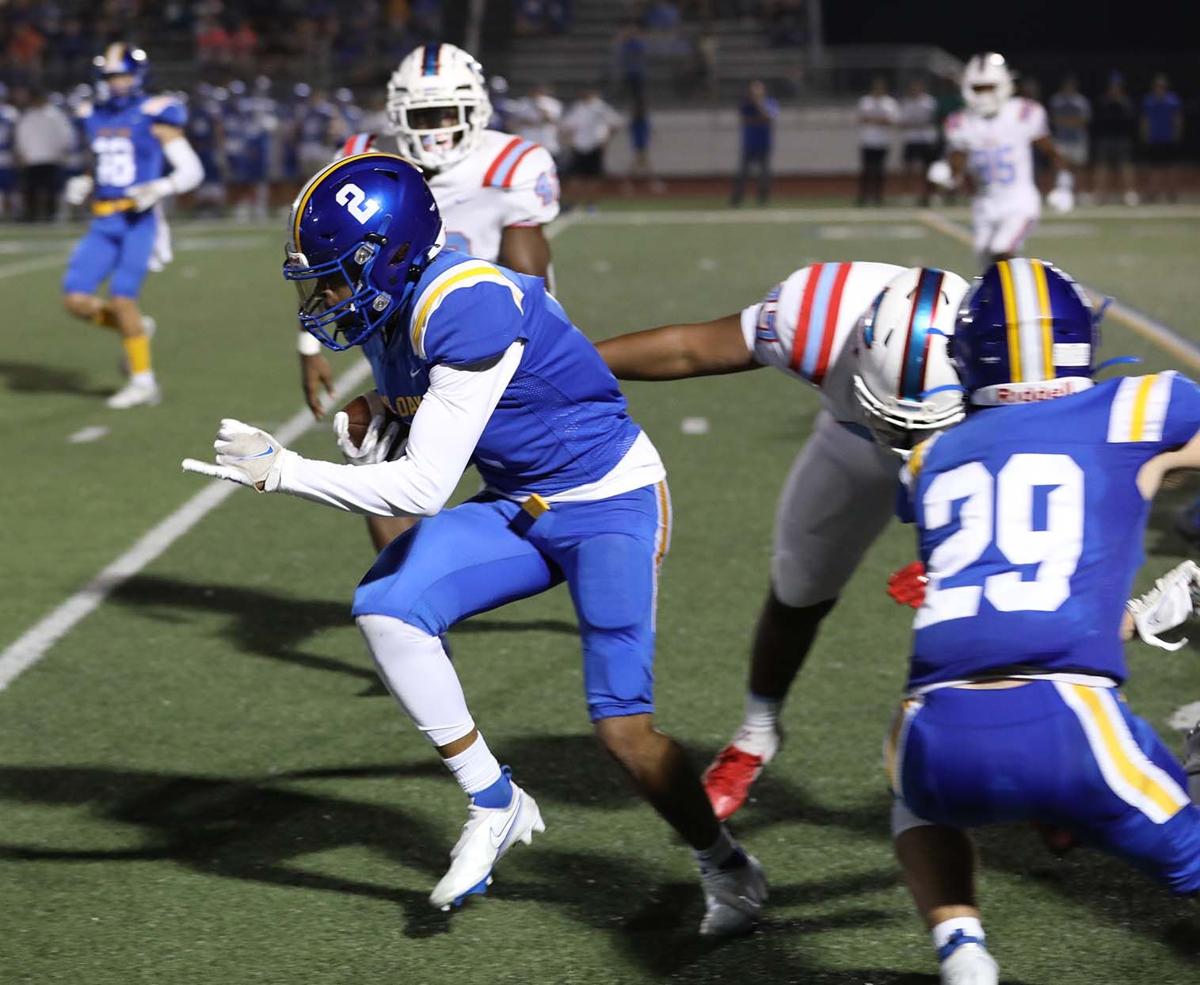 The Walker High football team plays against Scotlandville High in both teams’ District 4-5A opener on Friday, Oct. 8, 2021.

The grind of District 4-5A play has begun, and for Walker and Live Oak, it’s all about getting a win in league play at this point.

The Eagles and Wildcats, both of whom opened district play with losses last week, square off Friday at 7 p.m. at Live Oak.

“That’s the challenge of the district is nobody is an easy win,” Walker coach Chad Mahaffey said. “Live Oak, I think, is playing well. Obviously, Zachary is very good, but outside of that, they’ve won every game they’ve played, and I think even within the Zachary game you see things that they did really well. I think our kids are trying to improve and get better. We’re seeing signs of it, but at the end of the day, it doesn’t really help you feel better until you close one out, but they’ve been coming to work every day and doing the things we’ve asked, so hopefully they’ll get some positive results.”

“I thought up front, it was probably our best game on the o line,” Mahaffey said. “I thought we did a really good job against a good Scotlandville front. I thought our backs ran hard. Really, a lot of guys ran it. You had two running backs (CJ McClendon and Rayshawn Simmons), but Ja’Cory and Warren also ran it. There were a lot of guys in different spots running it.”

Earlier this week, Mahaffey said Bethel had not been cleared to play but his return is a possibility.

“We don’t have him cleared just yet, but he’s doing everything that he’s supposed to do, so hopefully he’ll be good to go,” Mahaffey said. “I think we’re always preparing for any situation can arise. Even if he’s there, obviously anybody can get hurt, so I think we’re preparing for as much as we can.”

Westmoreland summed up the Walker offense in the following way.

“They were moving the ball and doing well and giving Scotlandville all kinds of trouble,” Westmoreland said. “We’re facing a very skilled team. Of course, Coach Mahaffey does an outstanding job and his coaching staff, they do great over there, so we’re going to have to be ready.”

“It’s just their athletes,” Westmoreland said when talking about the Walker offense. “Coach Mahaffey wants to put them is space and get them the ball and let them be an athlete, let them be special. We’re going to have to try to contain that and keep those guys in front of us on the defensive side of the ball.”

Live Oak lost defensive back Aiden Saunders to a knee injury early in last week’s game, and Westmoreland said the Eagles responded well to their first loss of the season in practice earlier this week.

“It’s just really missed opportunities on both sides of the ball, so that’s things we’ve been working this week to clean up,” Westmoreland said of what stood out in last week’s game. “We’ve talked about it for a while. Any time you play the level of competition we’re going to see in our district, you just can’t miss opportunities. You’ve got to take advantage of it. You can’t commit penalties and turn the ball over and things like that. You’re going to have to play very, very good football, and we didn’t do that (last) Friday.”

The Wildcats had a mixed bag on special teams with Thomas returning a kickoff for a touchdown, but Walker also lost an onside kick and tried two others that were unsuccessful.

“Hopefully we can make that more of a weapon for us,” Mahaffey said.

As has been the case all season, Mahaffey said tackling is a point of emphasis for the Wildcat defense.

“Defensively, it’s just trying to get all 11 to do their part on every play, and then when you get there, get there in a bad mood and tackle well,” he said. “There’s times we’re doing that, and we’re getting better, but it’s just got to be more frequent.”

Mahaffey said he’s been impressed by the Live Oak defense.

“I thought their defensive front is really good,” he said. “They’ve got a lot of size, but they play hard. They’re physical. They rotate some guys, so they’re able to keep some guys fresh. I think they’re good tacklers, and I think they give you a variety of looks that can confuse guys if you’re not really dialed in. We’re going to try and execute really well with our guys IDing the fronts, making their calls, things like that, so that we’re all on the same page. Hopefully we’ll do a good job of that, and then we’ve got to just execute all the little things.”

Mahaffey said he’s been pleased with his team’s protection of the ball this season other than some snap issues.

“Each possession is pretty valuable for us, and Live Oak can grind it out on you very well, so we’ve got to take advantage of that,” Mahaffey said. “Offensively, they do the things that they do, but they’re a little more of a challenge because they’re not just a wing T team. They will get in the gun and do some other things, so you have a little more to prepare for, but they keep the run scheme similar. The running back (TJ Magee) is very good, and he plays a lot of defense, does a good job on both sides. (CJ Davis) as well. (Davis) hurt us last year, and you can see him really maturing as a player, so those two guys certainly jump out, but they do a good job with different guys handling the ball.”

Westmoreland said the key to the game could come on the offensive and defensive lines.

“I think Chad and I both want to go into it and establish drives and be able to move the ball and put points on the board,” he said. “I think it’s going to come down to the offensive and defensive lines for both our squads and which one has the better night.”