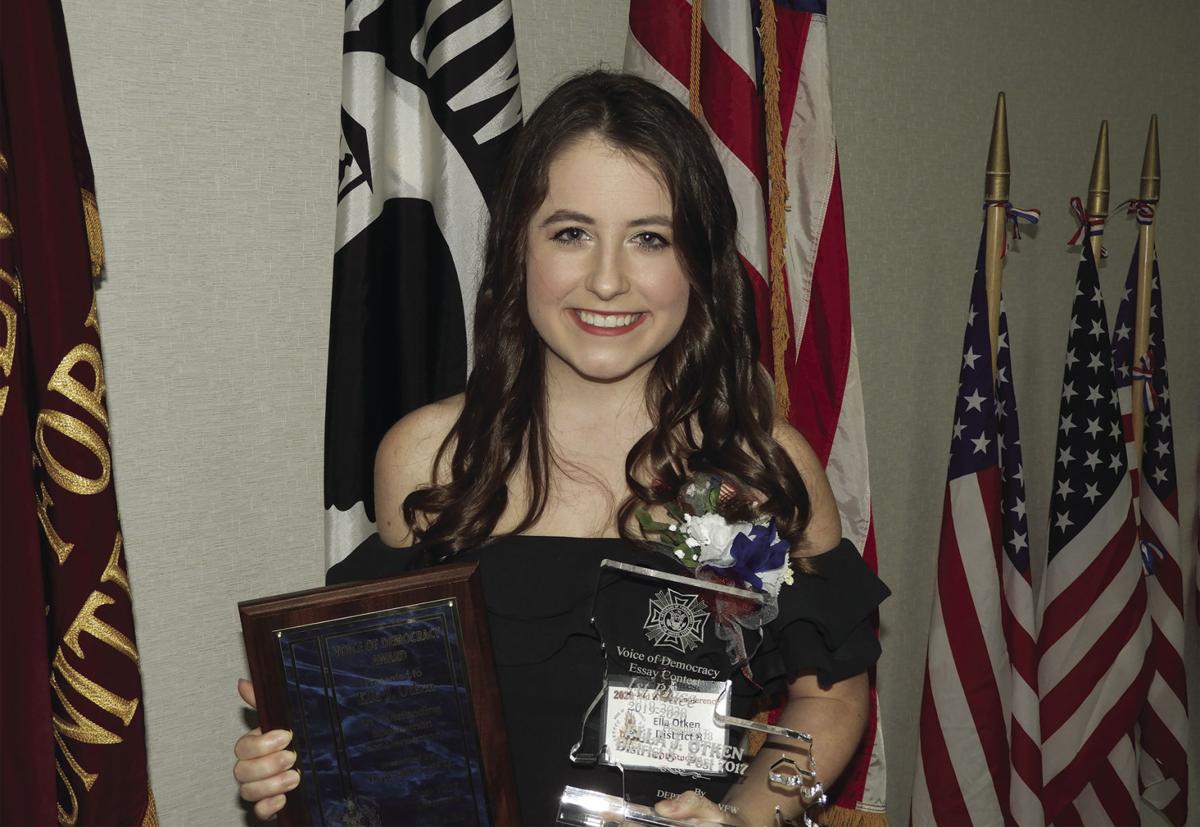 Ella Otken, a senior at Denham Springs High, earned first place among all state entries for the Veterans of Foreign Wars annual “Voice of Democracy” essay contest. Otken and the other 52 winners from across the country will be recognized during the “Parade of Winners” ceremony at the Hyatt Regency Crystal City at Reagan National Airport on Monday, March 2, beginning at 6 p.m. 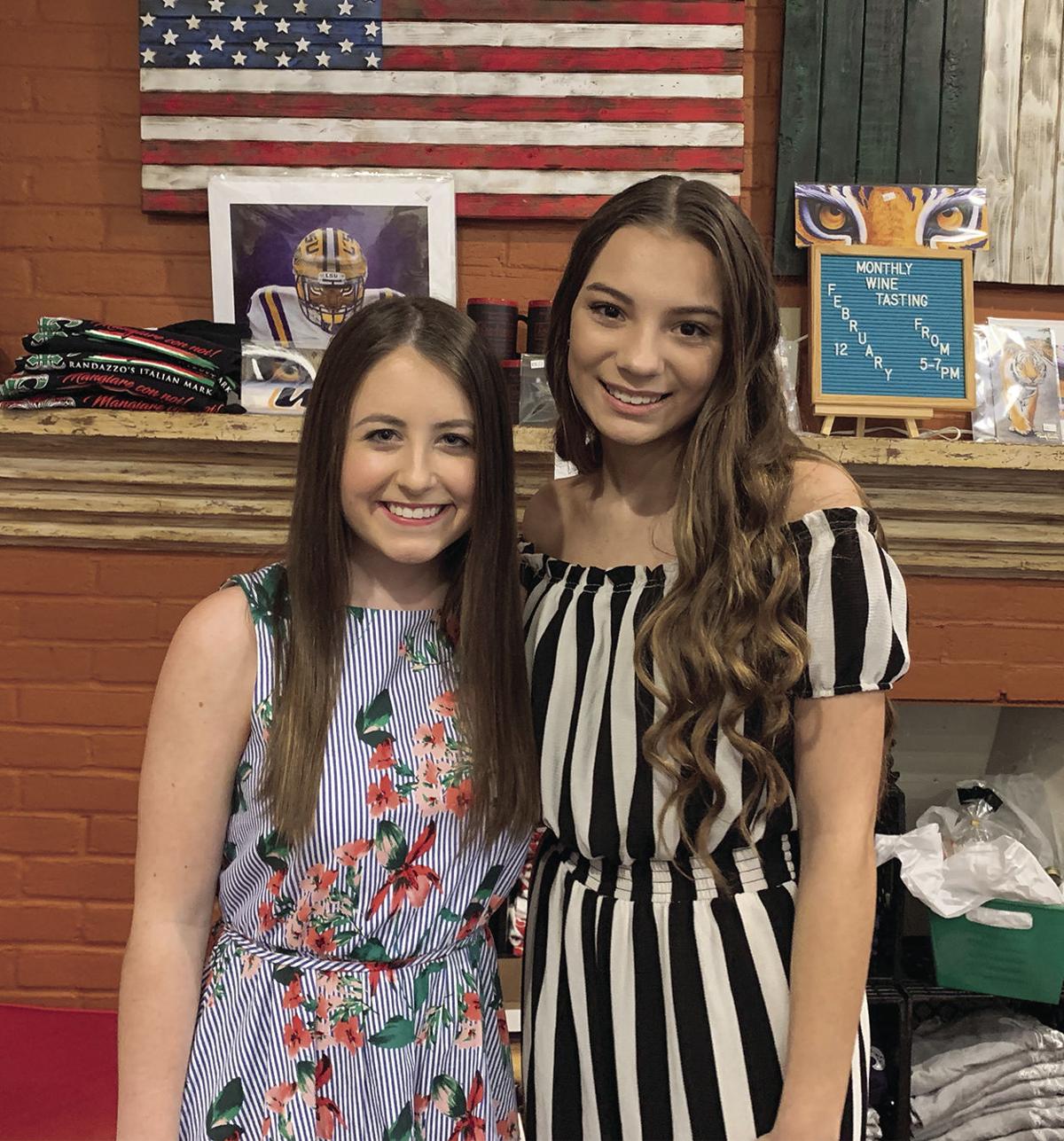 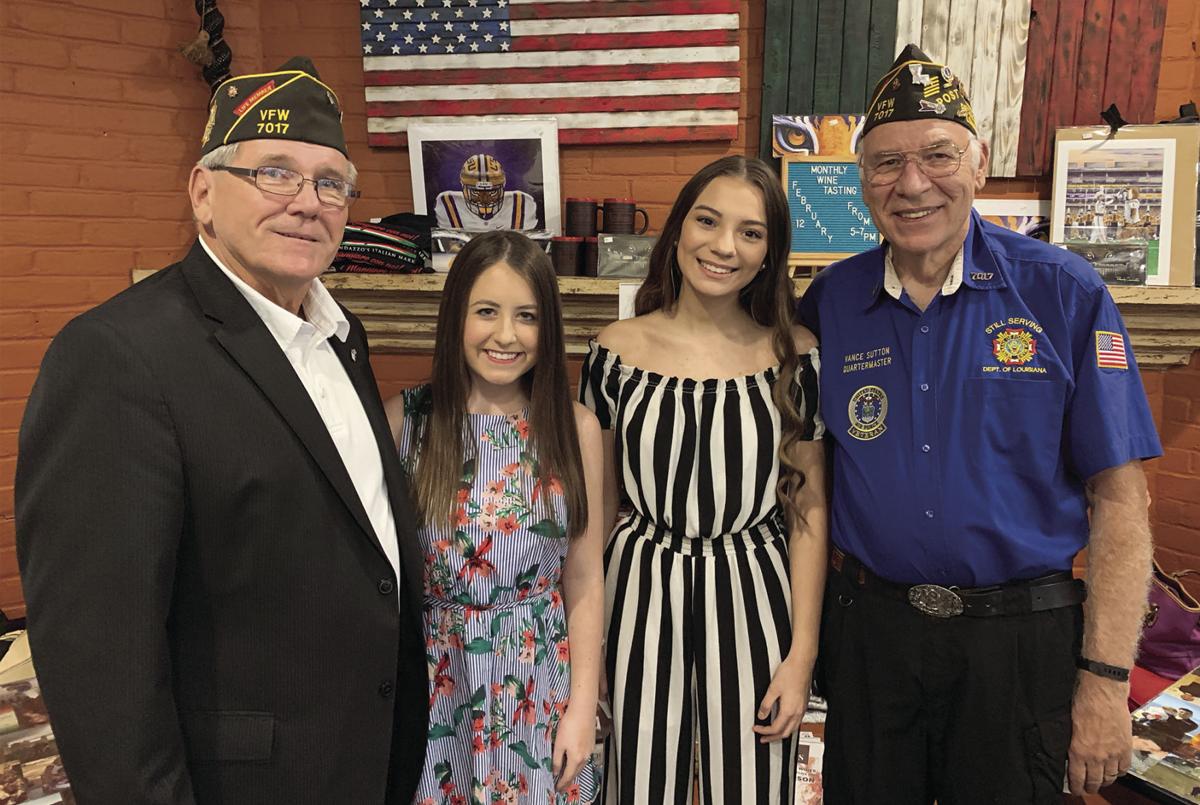 Ella Otken, a senior at Denham Springs High, earned first place among all state entries for the Veterans of Foreign Wars annual “Voice of Democracy” essay contest. Otken and the other 52 winners from across the country will be recognized during the “Parade of Winners” ceremony at the Hyatt Regency Crystal City at Reagan National Airport on Monday, March 2, beginning at 6 p.m.

It was the morning of Aug. 13, 2016, when floodwaters ravaged the majority of Livingston Parish, most significantly Denham Springs. Living in the parish’s biggest city, Otken and her family, like thousands of others, were not spared.

Water slowly entered her childhood home on that unforgettable morning, destroying the place she had taken her first steps and lost her first tooth in only “a matter of hours.” Soon after water filled her house, water filled her eyes, but all she could do was watch as the tears came streaming out.

But during that time when her life “changed forever,” Otken said she witnessed something she believes has been seen time and time again throughout American history.

When disaster hits, Americans unite, Otken explained in an essay she submitted for the Veterans of Foreign Wars’ annual scholarship contest.

“What the enemy does not realize,” she wrote in her essay, “is the unity American exhibits when under attack. Whether it’s 9/11, mass shootings, tragic earthquakes, torrential flooding, or Category 5 hurricanes, we put aside religious, racial, cultural, and ethnic differences and come together as a nation to help our fellow brothers and sisters.”

Otken recounted her experiences from the Great Flood of 2016 and the unity she believes the country exhibits in times of tragedy in an essay that earned first place among all state entries for the VFW’s annual “Voice of Democracy” essay contest.

The “Voice of Democracy” contest has been the VFW’s premier scholarship program since 1947, according to a press release. Students in grades 9-12 compete annually for a total of $2 million in scholarships and incentives by writing and recording an audio essay on a patriotic theme.

This year’s theme was “What Makes America Great.”

A senior at Denham Springs High School, Otken was named one of 53 winners from a field of more than 40,000 participants across the country. She will represent Louisiana at the “VFW - Voice of Democracy Scholarship Program” in Washington, D.C., from Feb. 29 - March 4.

“What y’all did was awesome,” Kurnish said to both before singling out Otken and saying, “we’ve never had a winner from our area. You’re our first, but you won’t be our last.”

In her three-page essay, Otken highlighted the unity Americans exhibit in response to tragedy, whether it comes from foreign attacks, such as 9/11, or natural disasters, such as the August 2016 flood.

She recounted the unity she witnessed first-hand, when she saw people from various states send supplies for gutting houses, neighbors help neighbors, churches provide refuge centers and food, and strangers allow people to live in their homes until the waters receded.

“For this very reason, I tell you America truly is great,” Otken wrote. “In all the tragedies that we have experienced as a nation, there is still a glimpse of light, of hope, and of peace.”

Now, she has a chance to win on the national level and take home a $30,000 scholarship.

Otken read her essay during the ceremony and received a standing ovation when she finished.

“As I listened, the goosebumps just came,” Kurnish said. “You listen and feel what they felt. We were there with you.”

It may not be the last time Otken reads the essay in front of a VFW audience.

During the trip to the nation’s capitol, Otken and the other winners will tour famous sites such as the White House, Mount Vernon, the Holocaust Museum, the Jefferson Memorial, the U.S. Capitol, the Martin Luther King Memorial, and the Iwo Jima Memorial, among others.

The trip will conclude with the “Parade of Winners” ceremony at the Hyatt Regency Crystal City at Reagan National Airport on Monday, March 2, beginning at 6 p.m. The ceremony will be livestreamed on www.vfw.org and should be available on demand for a short time afterward.

The first-place winner will deliver their essay in person at the conclusion of the ceremony. This year, Kurnish said he believes it could be one of Denham Springs’ own.

“I believe your speech is good enough to win,” Kurnish said to Otken during the ceremony. “Whatever happens, you’re gonna be in a place more than 40,000 people wanted to be. We’re proud of you.”

Donald Willie Cowart, a Watson native and a man dedicated to h…