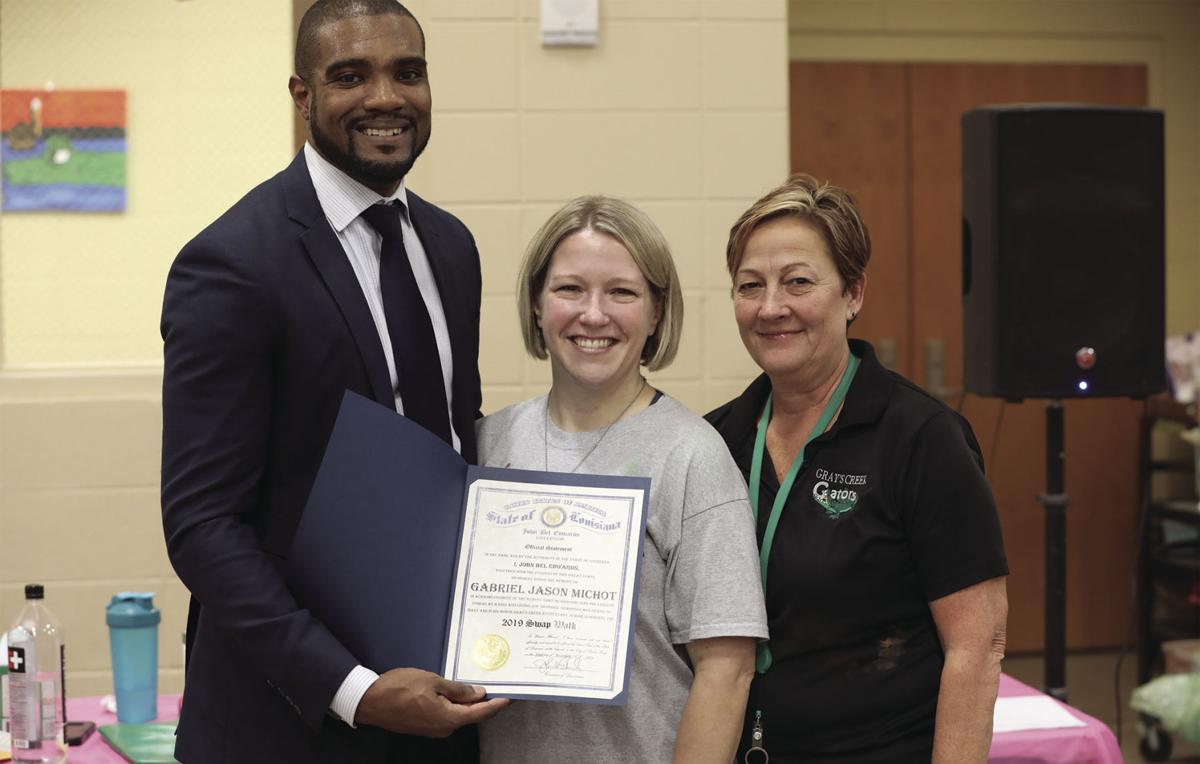 A proclamation from Gov. John Bel Edwards was presented to Gray’s Creek Elementary on Friday, Nov. 22, 2019, in recognition of Gabe Michot, a former special needs student who passed away in September 2019. Pictured, from left, are Jamar Ennis, assistant director of the Governor’s Office of Disability Affairs; Jessica Michot, Gabe’s mother; and Melissa Dougherty, principal of Gray’s Creek Elementary. 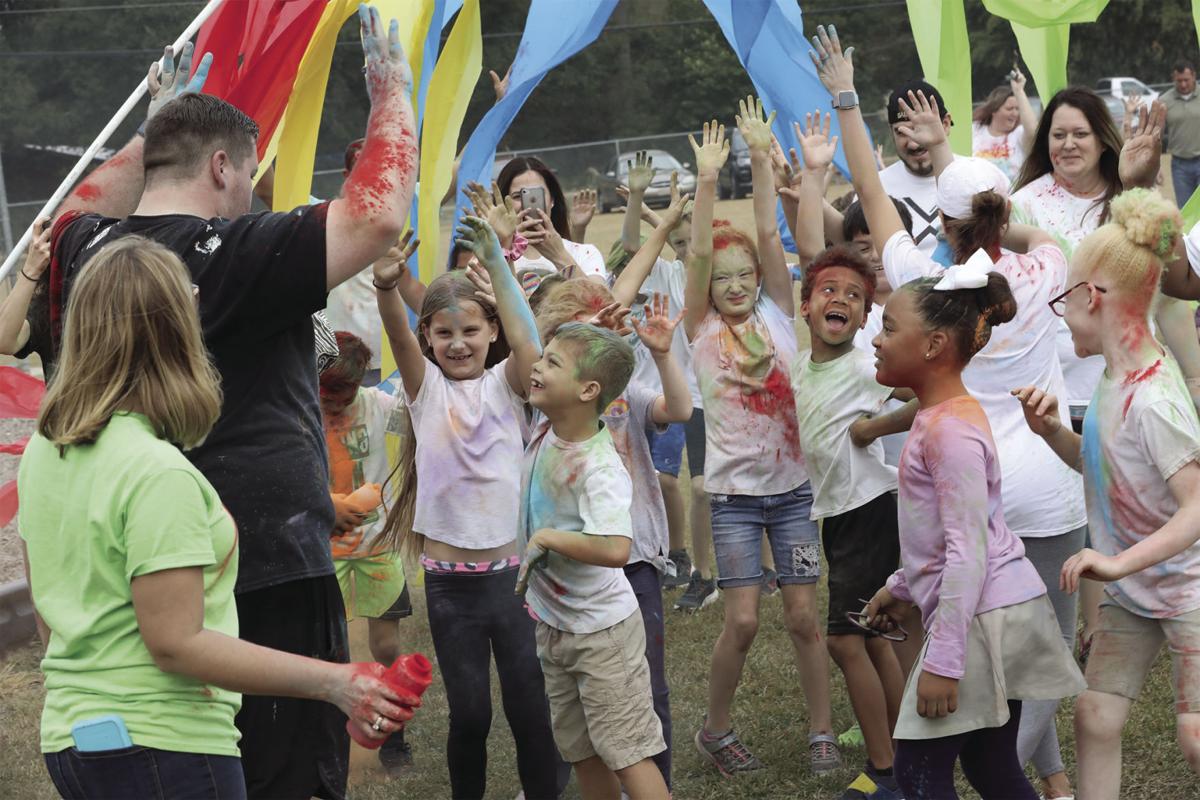 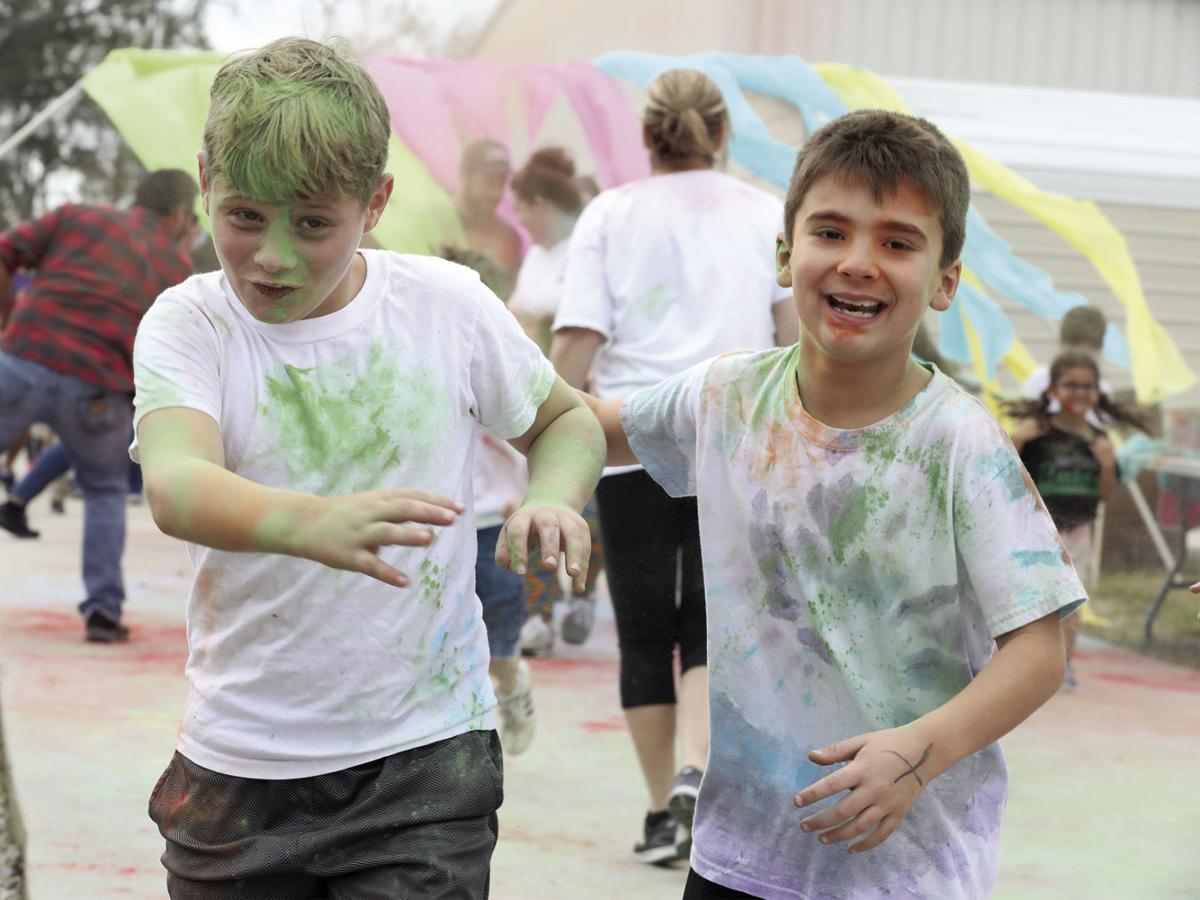 DENHAM SPRINGS -- Jessica Michot got choked up when she saw the colored-soaked kids walking and running for her son.

One thing’s for sure — he would’ve loved to join them in the fun.

“He was such a sweet boy,” Michot said of her 7-year-old son, who passed away in September. “He loved being around his friends and family.”

Colors flew for a good cause during the annual Swamp Walk/Color Run held at Gray’s Creek Elementary in Denham Springs on Friday, Nov. 22.

The Swamp Walk was broken up into different grade levels, with students alternating between walking with their parents and relatives or cheering on those who were. Dousing the participants were GCE teachers, who happily cloaked walkers in different colors from head to toe.

This year’s event was held in memory of Gabriel Jason Michot — affectionately known as “Gabe” — a former Gray’s Creek Elementary special needs student who passed away from organ failure caused by a seizure on Sept. 19.

Traditionally held to raise money for a non-profit organization, this year’s struck closer to home — all proceeds will go toward purchasing adaptive playground equipment for the school’s special needs students in memory of Gabe, Principal Melissa Dougherty said.

“We all loved Gabe,” Dougherty said. “It struck our school pretty hard [when he passed].”

Colored powder of all hues was hurled at students, faculty, and families who wore white T-shirts as they made the two-lap trek around campus, eager to make a mess.

They made a colorful one.

A mixture of pink, orange, red, blue, purple and yellow powder — all non-toxic — was doused on walkers as they passed through each of the color stations scattered around campus to raise money for their friend and fellow student who touched the lives of many in his short time.

Following the Color Run, students and faculty gathered in the school’s gym for a special presentation from Gov. John Bel Edwards’ office — a surprise even to the administration.

“We didn’t even know [anyone from the governor’s office] was coming,” Dougherty said.

During the ceremony, Jamar Ennis, assistant director for the Governor’s Office of Disability Affairs, presented a certificate of acknowledgment to Gabe’s mother. It was presented “in acknowledgment of the beauty that [Gabe] brought into the lives of others as a kind and loving son, brother, grandson, and friend to many.”

“Gabe meant a lot to you and your school,” Ennis told the students, “but he also meant a lot to a lot of people statewide. We’re here to acknowledge his great presence that he had and his remarkable energy.”

Michot teared up when Ennis presented her with the proclamation bearing Edwards’ signature. She then gave a hug to some of her son’s friends, whom she walked the Color Run course with earlier in the day.

Though Gabe was only 7 years old when he passed, he dealt with more than most do in a lifetime, his mother said. He was born at 27 weeks with a twin brother, who passed at the age of 1. Gabe lived with a tracheostomy tube, suffered from seizures, was oxygen dependent at night, and was autistic.

Despite all the struggles he faced, Michot described her son as someone who loved playing outside with his friends. She said she wishes he was still here to see the playground equipment that will eventually be erected in his name.

She knows what he would’ve done if he was.

Gray’s Creek Elementary raised more than $6,700 to create a more inclusive playground for students with disabilities and special needs.