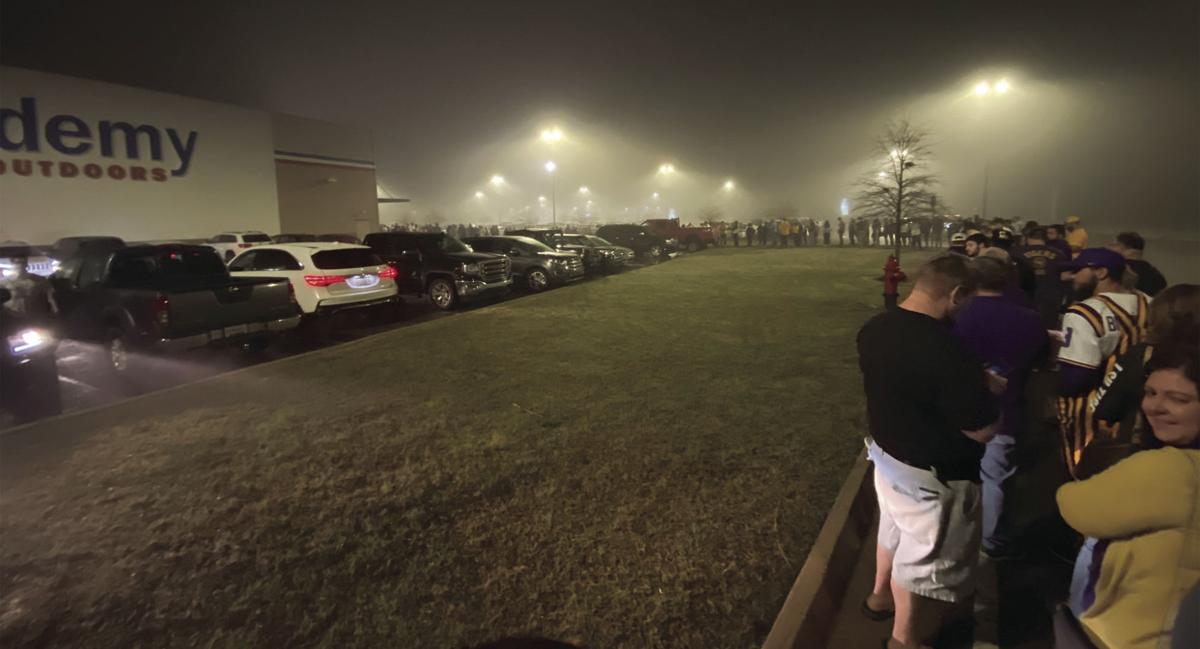 A line wraps around Sports Academy in the Juban Crossing Shopping Center following the LSU Tigers’ 42-25 victory over Clemson in the College Football Playoff National Championship game on Monday, Jan. 13, 2020. 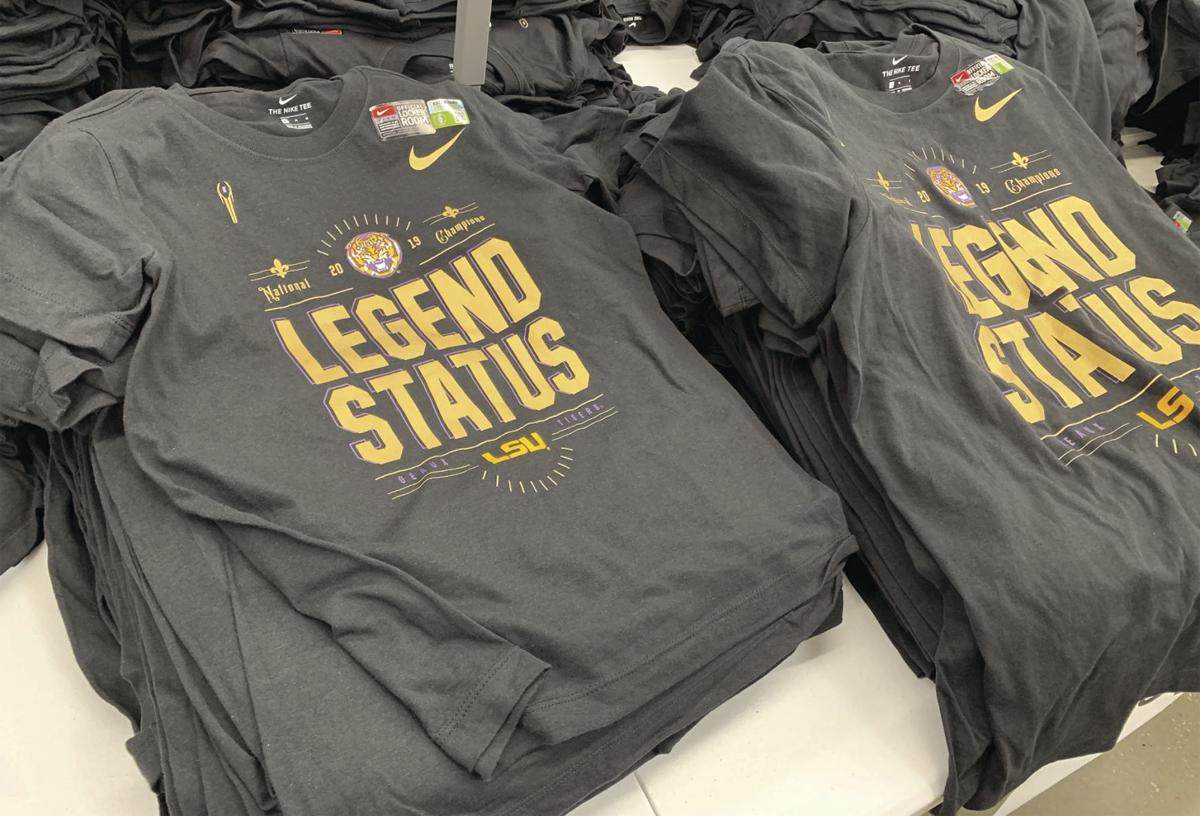 A line wraps around Sports Academy in the Juban Crossing Shopping Center following the LSU Tigers’ 42-25 victory over Clemson in the College Football Playoff National Championship game on Monday, Jan. 13, 2020.

But by then, he was already late.

Silva, who was hoping to buy T-shirts to commemorate the LSU Tigers’ national championship victory over Clemson, waited about 15 minutes before deciding to go home and purchase the keepsakes online.

He did, however, manage to take a photo of the line outside of Sports Academy, which was hundreds of people long by midnight. He posted the photo on Facebook — captioning it, of course, with “#geauxtigers” — and it has since received nearly 230 shares.

“It was already a long enough night,” he joked in a Facebook message less than a day after LSU’s 42-25 victory against Clemson in the four-hour College Football Playoff National Championship game. “It was more the curiosity factor for us.”

As purple and gold confetti fell inside the Mercedes-Benz Superdome to celebrate LSU’s fourth national championship since 1958, passionate fans of the Fighting Tigers were already waiting outside retailers across the state, hoping to get some of their own championship gear.

That was the scene outside Sports Academy in the Juban Crossing Shopping Center, which opened immediately after the game ended and didn’t close until the early hours of the morning as customers grabbed everything LSU-related in sight.

Bill Sanders, hardlines manager for Sports Academy, said he arrived at the store around noon the day of the championship game to prepare for the expected rush if LSU emerged victorious.

LSU won, and the rush came. Sanders didn’t leave until a little after 2 a.m.

Sanders said people were already outside the store before the game ended, hoping to be the first ones to purchase apparel. At one point, the line of people stretched to nearby Walk-On’s Bistreaux & Bar — more than 500 feet away, or nearly the length of two football fields.

Perhaps the most popular piece of memorabilia was the black “Legend Status” T-shirt with gold lettering. But Sanders said people were buying everything purple and gold: T-shirts, locker room shirts and hats, banners, bumper stickers, lanyards, and more.

“It’s just been a mixture of merchandise,” he said after helping a customer with her LSU purchase Tuesday afternoon. “Everybody’s going crazy over it.”

Though they didn’t have the official numbers yet, Sanders said he expects the store saw a “600-percent increase” from a typical day, with as much as $100,000 made between midnight and noon Tuesday.

“Pretty much all of that was LSU gear,” said Sanders, who compared the chaotic shopping spree to Black Friday.

Fortunately for Sanders, he had help. He said about 40 employees worked the late-night shift, with all eight registers open for customers. To keep things somewhat under control, the store only allowed in 20 customers at a time.

That resulted in long lines where some customers waited for nearly two hours. It also prompted Silva to order six of the “Legend Status” T-shirts through Sports Academy’s website.

Silva said the package will arrive “in a couple of days.” He doesn’t mind.