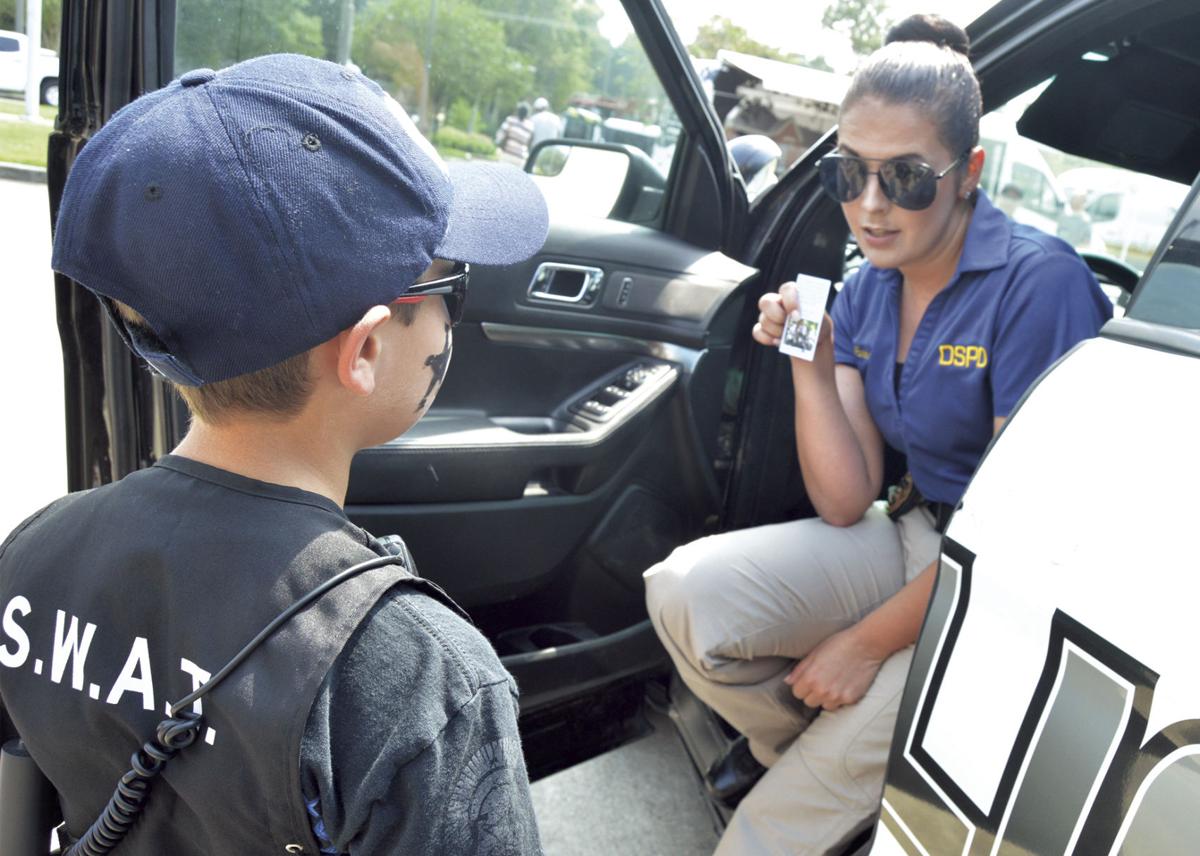 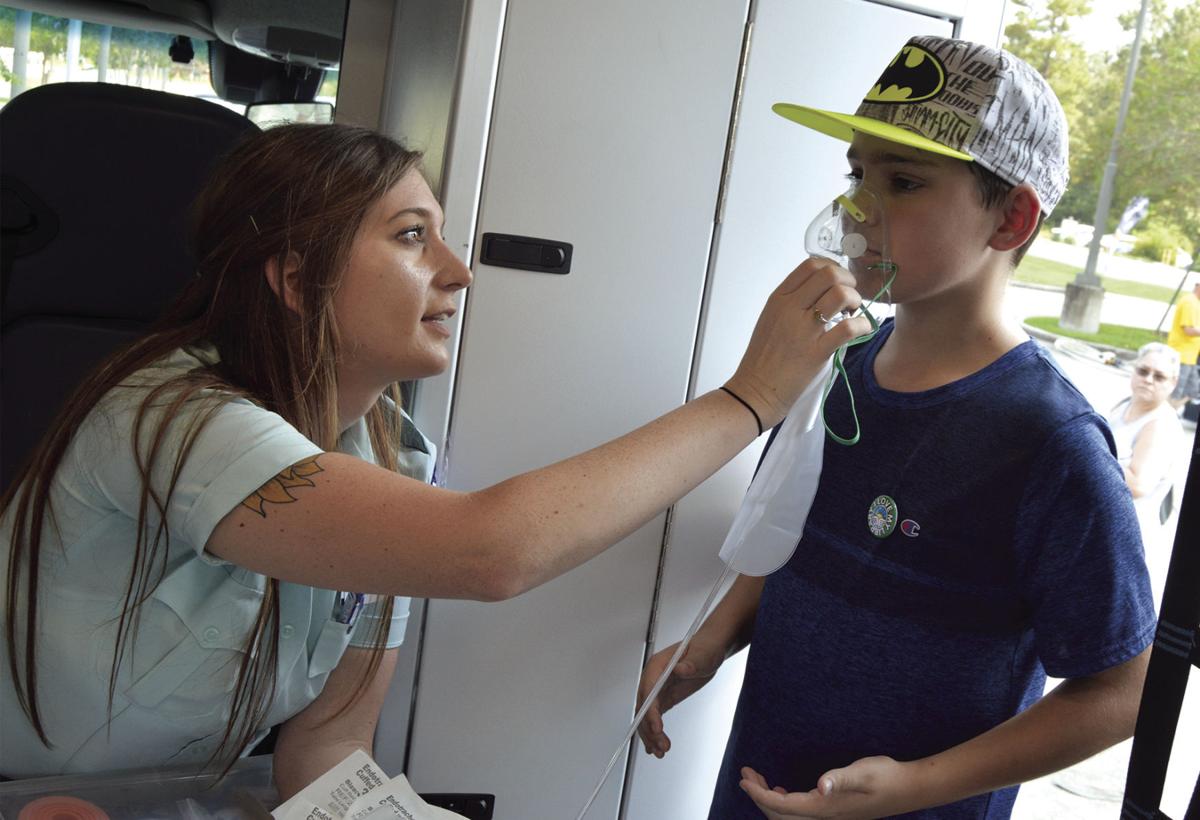 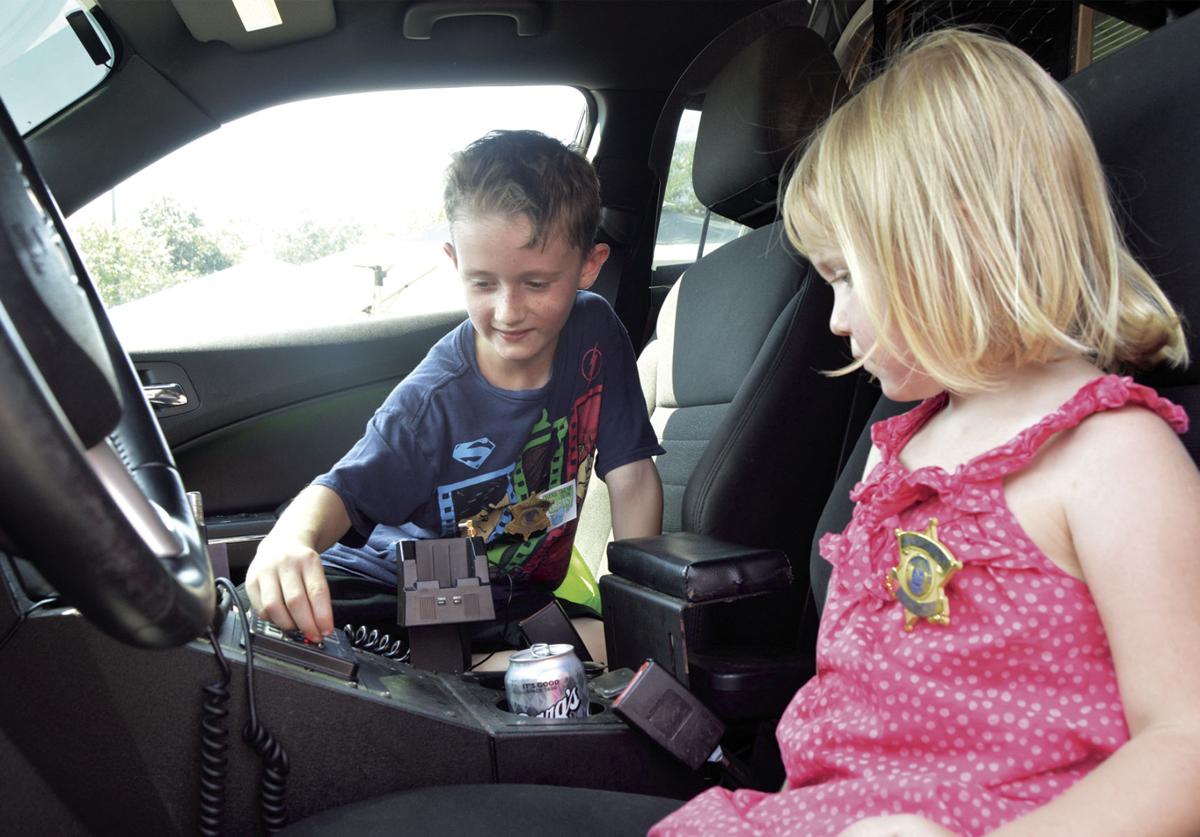 DENHAM SPRINGS -- Eight-year-old Samuel Sanchez dreams of being a cop one day.

It started when he was 5 years old, right after his grandparents surprised him with his very own cop costume. The dream grew stronger in March 2017, when Sanchez — dressed in his uniform and holding a blue line flag — stood at attention during the funeral procession for East Baton Rouge Sheriff’s deputy Lt. Shawn Anderson, who was killed while responding to a call.

Since then, Sanchez has done everything he can to let his heroes in blue know how much they mean to him.

He visits cops regularly, forming fast friendships with officers from departments across the state. He posts many of his encounters on the Facebook page, “I Love That Cop,” which is filled with photos of Sanchez, dressed in his beloved uniform, hanging with the people whose footsteps he hopes to follow someday.

For his eighth birthday, Sanchez spent two weeks raising money to buy an Angel Armor bullet-proof vest for an officer with the Baton Rouge Police Department. And like any cop, he chose sprinkled donuts for his birthday treat.

“That’s all he wants to be,” his mother, Tiffany, said.

This weekend, Sanchez was surrounded by many others who also dream of being a first responder when they grow up. And like Sanchez, they all arrived at the Denham Springs-Walker Library to show their appreciation.

Hundreds of people filled the library parking lot to show their gratitude for first responders of all kinds during the Livingston Parish Library’s inaugural Community Heroes Day on Saturday, Sept. 7.

Free and open to all ages, the LPL Community Heroes Day invited people to personally meet and celebrate local first responders who work to protect the parish. The event included games and face painting while giving families an up-close experience with emergency first responder vehicles and everyday heroes in the community.

Wearing his police hat, a S.W.A.T. team vest, and a utility belt, Sanchez made the rounds to all of the emergency vehicles, giving each first responder he came across a card showcasing his Facebook page.

He spent a few minutes chatting with Amber Fairburn of DSPD, who wrapped the Denham Springs boy in a big hug after he gave her one of his cards.

But Sanchez wasn’t the only one who enjoyed the afternoon with first responders.

Nearby, 8-year-old Ayden Howell and his sister Jada Nowell, 4, got a kick out of turning on the siren in a unit from the Walker Police Department. A few feet away, 2-year-old Harleigh Bates sat in the driver's seat of a Humvee brought by LOHSEP, smiling as she tried turning the steering wheel.

On the other side of the parking lot, 22-month-old Davis Bass couldn’t stop staring at the firetruck brought by LPFPD5. It's something his father said happens all the time.

“Davis loves him some firetrucks,” his father said.