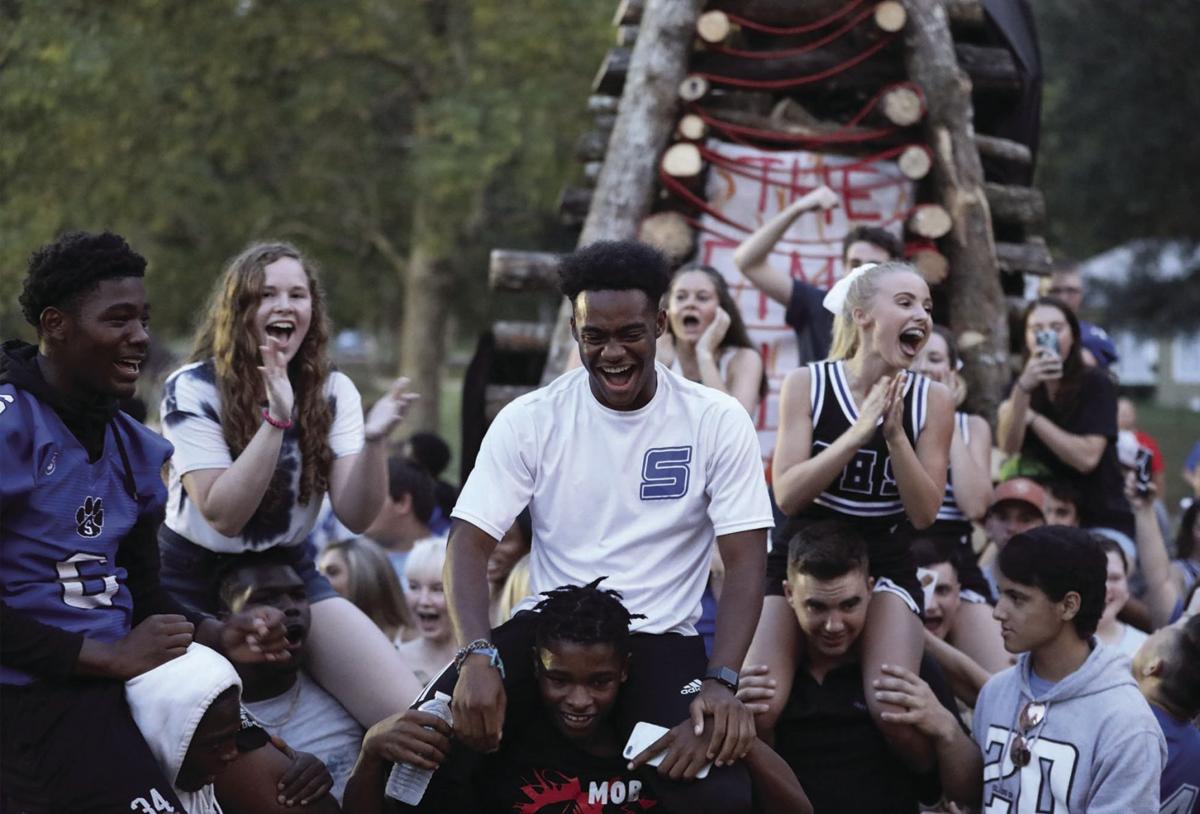 Springfield High seniors compete in a spirit competition during the Town of Springfield’s annual homecoming week bonfire on Thursday Oct. 3. 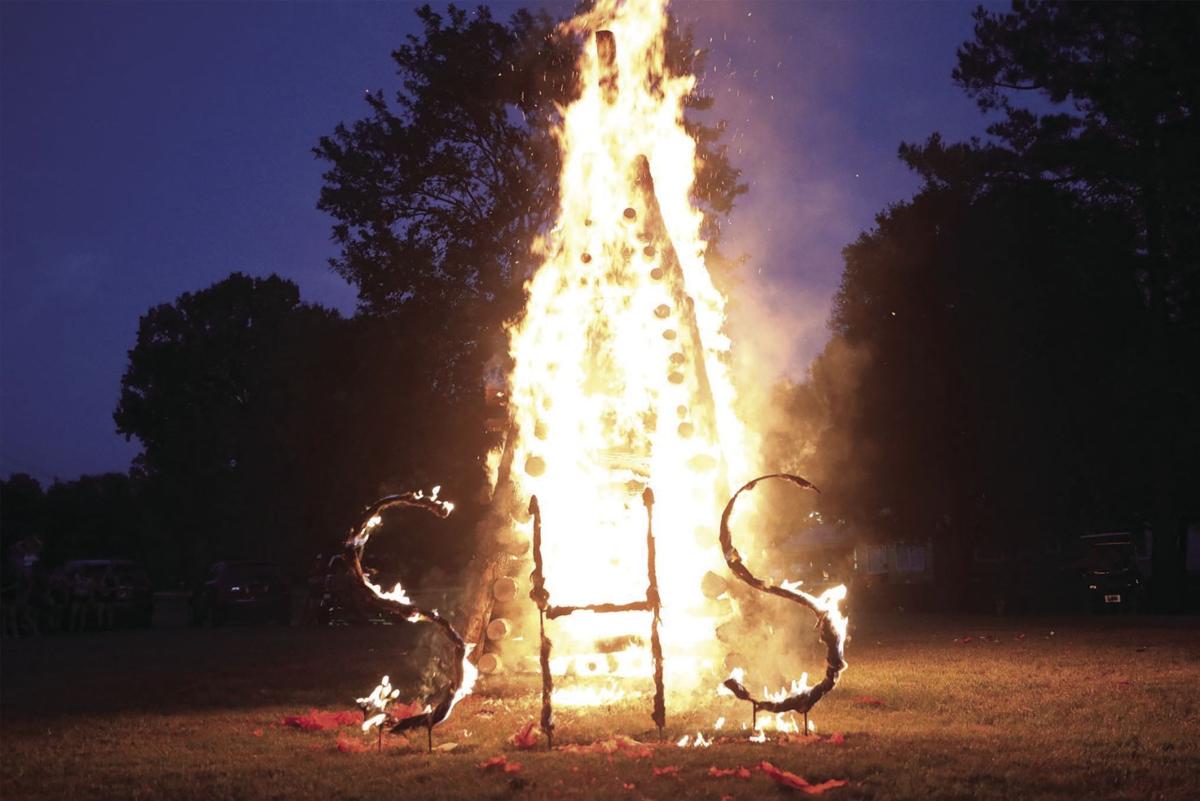 A bonfire is ablaze during the Town of Springfield’s annual homecoming week bonfire on Thursday, Oct. 3. 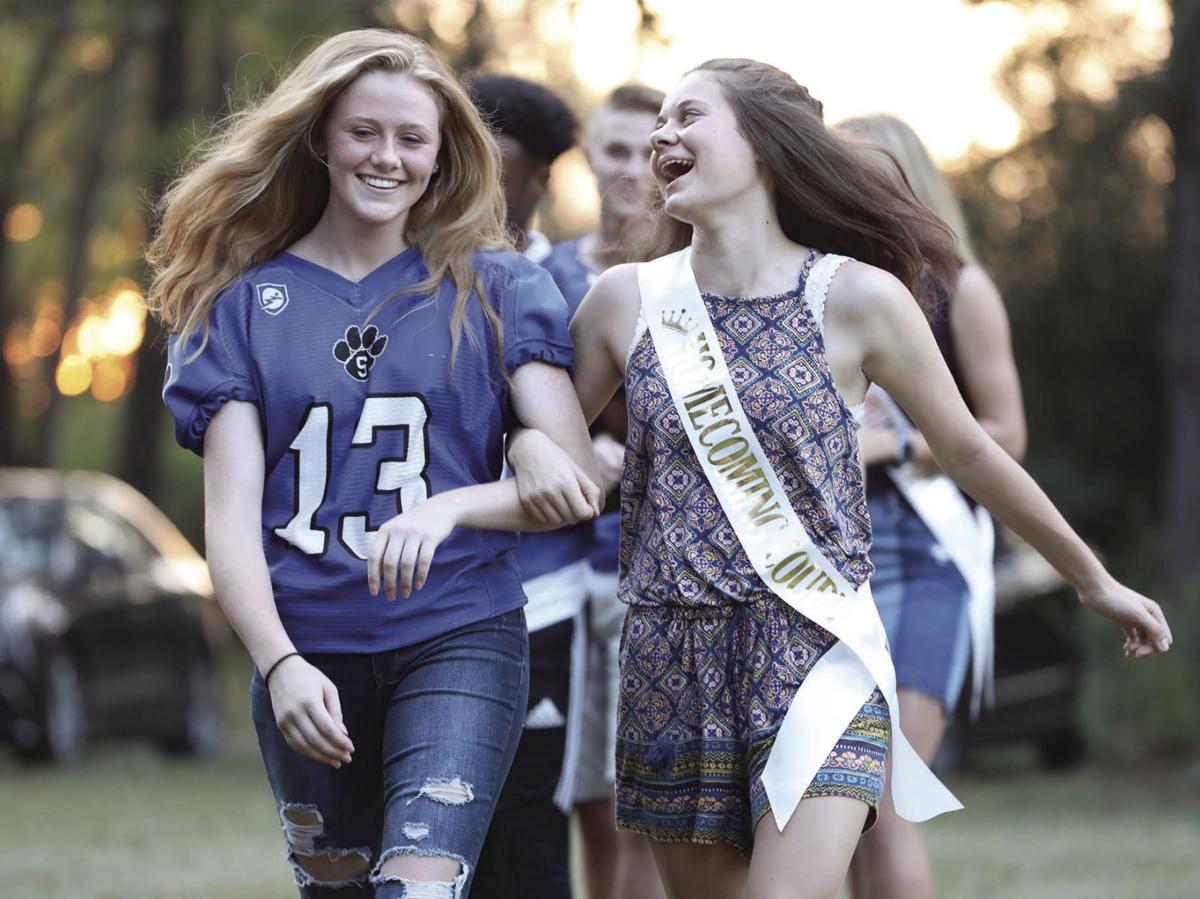 SPRINGFIELD -- On the eve of his final homecoming game, Noah Bonura was wondering where the last four years had gone.

With his teammates, family, and friends nearby, the Springfield High senior grew emotional as he spoke to a few hundred people from the Springfield community that had gathered for the town’s annual homecoming bonfire and fireworks show.

Wearing his blue Bulldogs jersey, Bonura thanked everyone for coming to what has grown into Springfield High School’s most popular event of the homecoming week festivities — the annual bonfire.

“I never really thought that this day was gonna come,” Bonura said with his SHS teammates gathered behind him. “It’s really kind of emotional in a way. It’s been four years, and you wouldn’t think that it would go by so fast, but here we are.”

A lively bonfire and fireworks show concluded the Town of Springfield’s annual bonfire on Thursday, Oct. 3.

Springfield High football players, cheerleaders, students, faculty, and families came out for the festive gathering, which has been held on Councilman Tab Lobell’s four-acre plot for the last eight years.

And Lobell said there are no plans for the ritual to cool off anytime soon.

“It’s something that we all look forward to,” he said.

The party got started around 6 p.m., when a dinner featuring homemade jambalaya was dished out. After people ate, the Springfield High cheerleading squad led the crowd in a spirited chant before the school’s football team and homecoming court were introduced.

People sat in truck beds and lawn chairs around a 15-foot tower of chopped wood placed in the center of Lobell’s front yard. All four sides of the tower were draped with a banner representing the freshmen, sophomores, juniors, and seniors.

In front of the bonfire stood three letters — S-H-S.

“Be proud of this small-town tradition,” said emcee Josh Randall. “There aren’t many communities, if any, that get to do something like this every year.”

Springfield High coach Ryan Serpas spoke after his team was recognized. Like Bonura, Serpas was also amazed at how fast time has gone by.

“I can’t believe it’s already been eight years since we started doing this,” Serpas said. “It’s a great event to be able to put something like this on and have such a great group of people involved in it. Thank you for all your support for what we do and what we try to bring to the community every Friday night.”

This year’s bonfire featured a new competition — a lip sync battle that gave people humorous renditions of songs such as “Call Me Maybe,” “Dancing Queen,” and “Cruise.”

Following the lip sync battle, the four classes challenged one another in a spirit competition that the seniors won.

Shortly after the spirit competition, all lights in the area went out and deafening firecrackers went off as the bonfire steadily roared to life. The fireworks show lasted for a few minutes, and the glare from the bonfire reflected on people’s faces as they recorded the action with their smartphones.

The Bulldogs went on to throttle North Central in a 49-6 dismantling on homecoming night. During halftime of the game, senior Blair Simon was crowned this year’s queen.

Victor “BeBe” Varnado, 79, passed away peacefully with his fam…