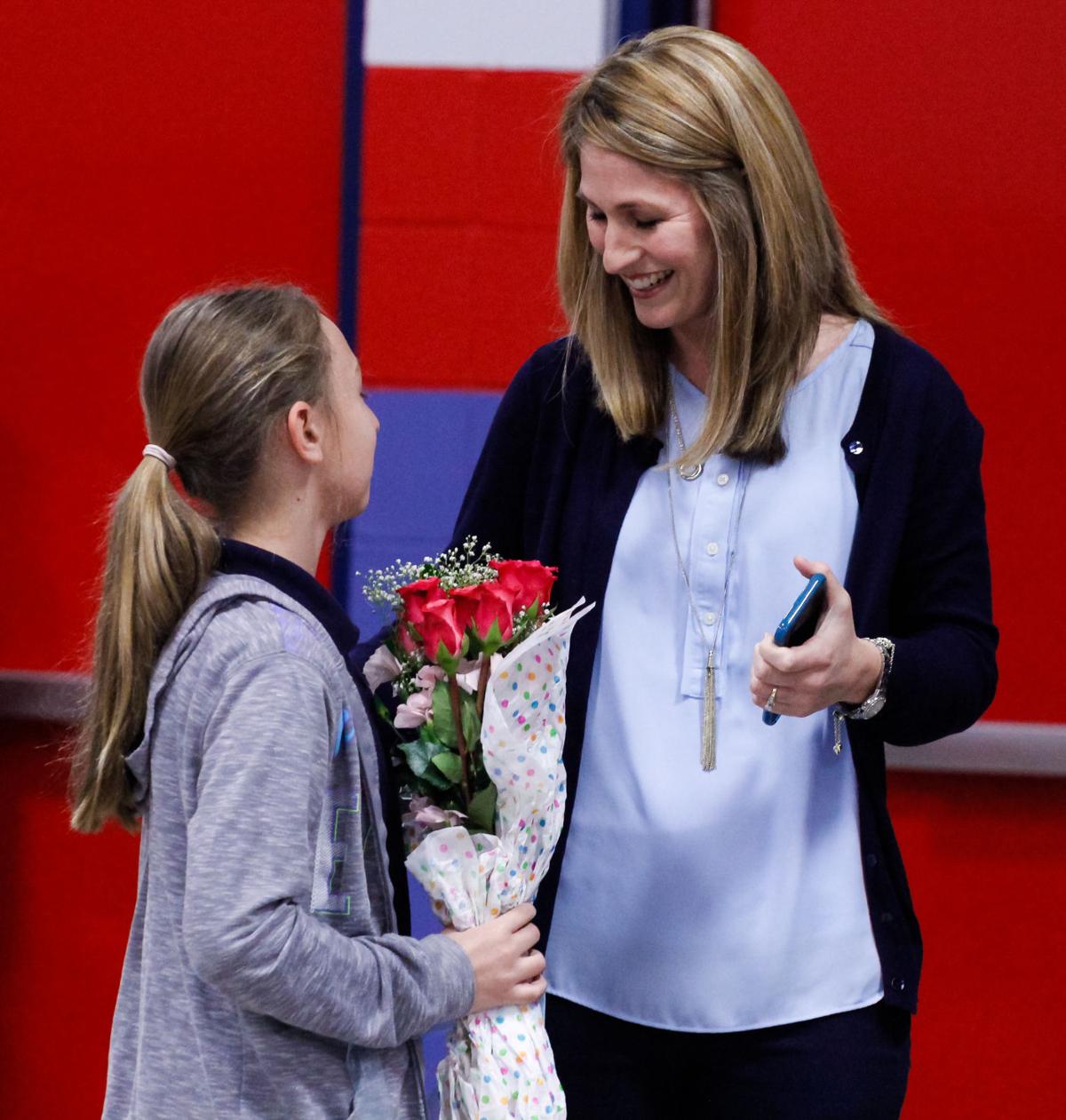 Reese Kennedy (left), 11, gives her mother, Lauren Kennedy, flowers during a ceremony honoring her achievement as a grand-prize finalist for National Life Group's LifeChanger of the Year award on Monday, March 5. 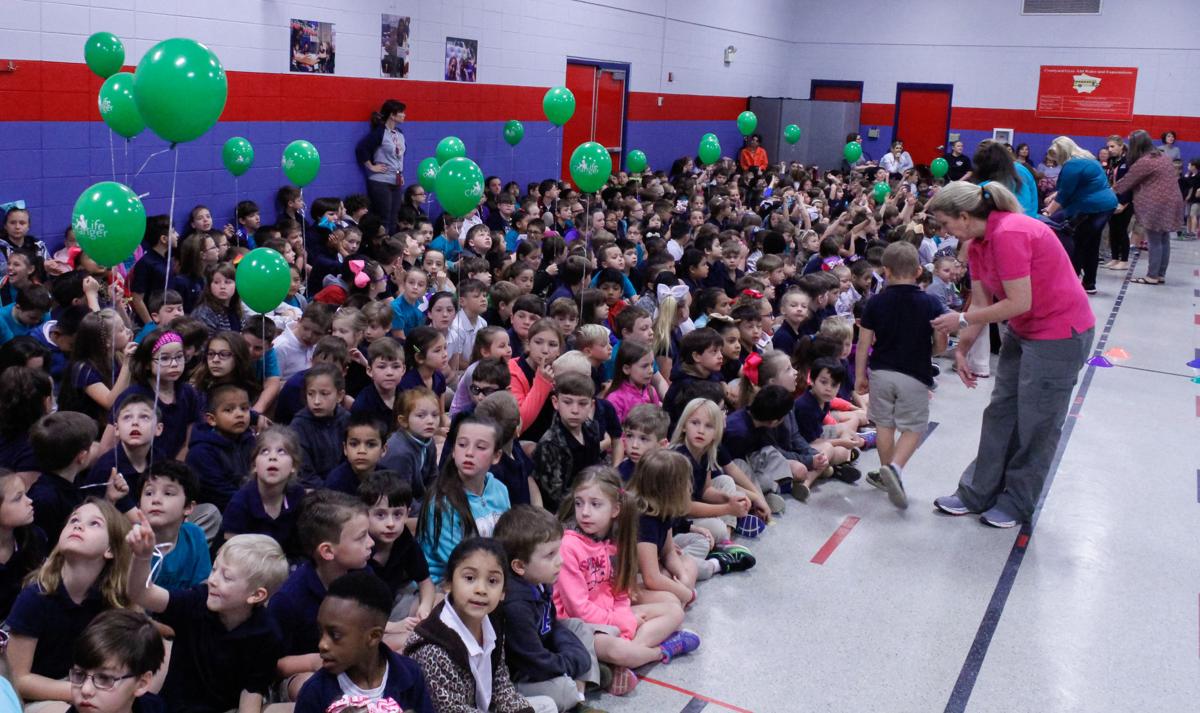 Lauren Kennedy, assistant principal at Eastside Elementary in Denham Springs, walks into a surprise ceremony in her honor. Kennedy was named one of five grand prize finalists for National Life Groups's LifeChanger of the Year award.

DENHAM SPRINGS -- Lauren Kennedy thought it was a maintenance issue.

But that was just a ploy to get Eastside Elementary’s assistant principal in the school’s gym, where nearly 600 people sat quietly for the secret announcement.

As soon as Kennedy walked through the door, she knew she had been tricked.

“Surprise!” shouted everyone in the Patriots’ gym.

Kennedy, who was one of just five educators from Louisiana nominated for National Life Group’s 2017-2018 LifeChanger of the Year award, was named a grand-prize finalist during a surprise ceremony on Monday, March 5.

Since its inception in the 2011-12 school year, the LifeChanger award has honored K-12 educators, teachers and administrators who have made a positive difference in the lives of students and their communities.

National Life Group has recognized more than 3,000 school district employees in 50 states and the District of Columbia in more than 1,200 school districts across the country. After this year, the organization will have given out more than $500,000 to the individuals and their schools.

“In 2012, we created this program because we wanted to recognize the very best in K-12 public and private school employees,” said National Life Group representative Maria McLendon. “People who were lifting up their peers and making a substantial impact in the community, but most importantly, people who are dedicated to our children.”

And now, Kennedy finds herself in an even more prestigious group, being named one of five grand-prize finalists from a pool of 825 nominees nationwide.

Kennedy was nominated by her long-time friend Sean Davis, both for her work in the classroom and the relief efforts she helped organize in the aftermath of the Great Flood of 2016. Davis attended the ceremony Monday and gave a brief speech explaining why he chose to nominate his friend for the high honor.

“I can’t think of a better person to teach young students to be servant leaders than you,” Davis said. “You live by that standard every day, not just during a crisis, but every day. And when your community needed you, you were there.”

The announcement was kept a secret for weeks, up until the moment Kennedy walked through the doors of the ESE gym to trigger loud shouts of “surprise!” from the entire student body and faculty, Livingston Parish Public School officials and her family.

Kennedy, who had been in meetings all morning before being told there was a “maintenance issue” in the gym, said she was totally blindsided.

“I had no clue,” she said after the ceremony. “They hid it pretty well.”

But as he stressed in an article The News recently published on her nomination, Kennedy said this isn’t just her award — it’s an Eastside award.

“I didn’t do this alone,” she said during the ceremony. “Each and every one of you, your families, our teachers, our staff — all of this was us. We are a family here at Eastside.”

Kennedy and the other four finalists will be flown to Bermuda in mid-May to attend the awards ceremony, where the winner will be announced. The winner will receive $10,000, with half of that going to the winner’s school.

For being named a grand-prize finalist, Kennedy will receive $5,000 that will be split between her and Eastside Elementary.

Check out these Livingston Parish headlines from March 5, 2018!

Marilyn Slaughter Fayard, age 76, went to her heavenly home on…