Skip to main content
You are the owner of this article.
Edit Article Add New Article
You have permission to edit this article.
Edit
Sections
Multimedia
e-Edition
Subscribe
About The News
Classifieds
Local Businesses
Advertising
Try our app!
1 of 3 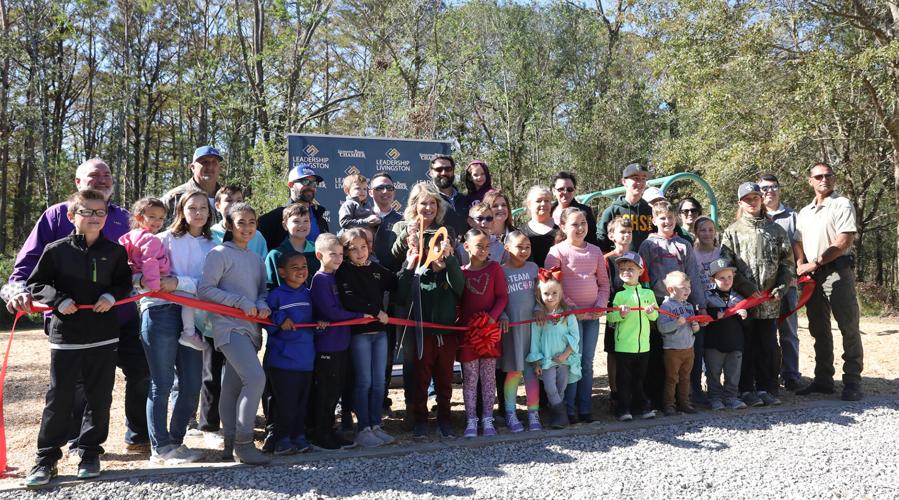 People gather for a ribbon-cutting ceremony to mark the official opening of a new community playground in French Settlement on Saturday, Nov. 13, 2021. The playground was the project for Leadership Livingston, a leadership-building program sponsored by the Livingston Parish Chamber of Commerce. 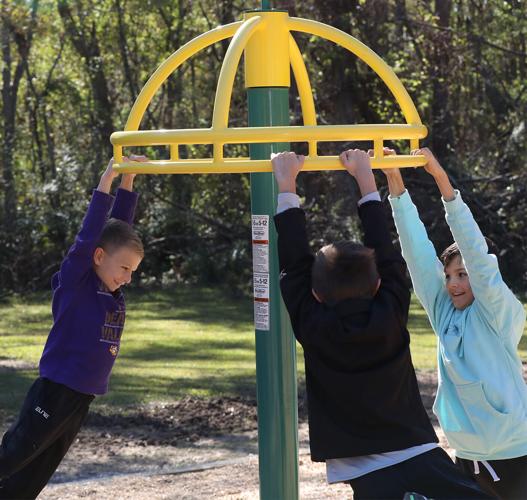 Children enjoy the playground equipment at a new community playground in French Settlement. The playground was the project for Leadership Livingston, a leadership-building program sponsored by the Livingston Parish Chamber of Commerce. 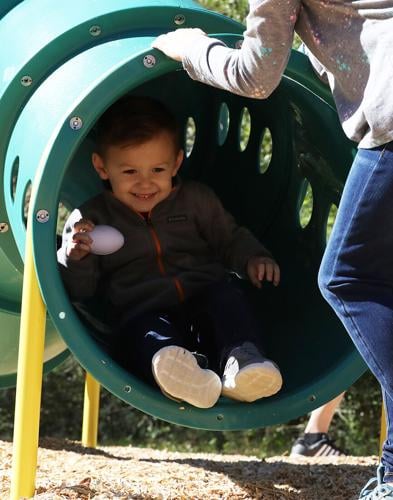 Children enjoy the playground equipment at a new community playground in French Settlement. The playground was the project for Leadership Livingston, a leadership-building program sponsored by the Livingston Parish Chamber of Commerce.

FRENCH SETTLEMENT -- A community playground that village leaders have dreamed about for more than a decade is officially open, thanks to a group from the parish’s marquee leadership-building program.

A ribbon-cutting ceremony was held on Saturday to mark the opening of a new community playground, located behind the Village of French Settlement’s Town Hall.

The dignitaries were joined by dozens of children who wasted no time enjoying the new playground equipment, taking turns on swings, a see-saw, a crawl-through, a balance beam, and other attractions.

The playground’s completion marks the latest project of Leadership Livingston, a program nearing its 10-year anniversary.

Sponsored by the Livingston Parish Chamber of Commerce, the year-long program takes accepted applicants through a series of sessions that show the connections between government, business, culture, healthcare, social concerns, education, criminal justice, and recreation.

To demonstrate the steps needed to bring a concept to reality, the program tasks participants to take part in a group community project. Classmates are divided into groups and must identify, plan, and implement a community project.

To date, the Leadership Livingston program has been responsible for 27 projects valued at more than $1 million, according to Chamber CEO April Wehrs.

And thanks to members from the Class of 2020, one of those projects has made its way into French Settlement.

Three members — Aydell, Shauvin, and Murphy — work or live in the area, making the project even more meaningful to them.

“This is a great day for the Village of French Settlement,” Aydell said.

A recreational spot in French Settlement has been talked about since 2010, when the village purchased additional acreage in the hopes of constructing a community center and playground. Under former Mayor Toni Guitrau, the village tried to secure funding for the project through grants, but those plans came to a halt when the Great Flood of 2016 struck Livingston Parish.

“The flood pretty much killed the dream of that,” Aydell said.

A little more than three years after the flood, Aydell, Shauvin, and Murphy were accepted into the Leadership Livingston program, which to date has graduated more than 200 participants. Still undecided on a project, the three eventually walked into a town hall meeting to see if the village would support one of their ideas to build a community playground on town property.

Little do they know how important the project was to the local leaders.

“When we told [Guitrau] what we wanted to do, you could tell she was so touched and almost broke into tears,” Aydell recalled. “That was part of what she had been trying to do for years. Right at that moment, we knew this was the project we wanted to do.”

But like Guitrau, the Leadership Livingston group ran into an unforeseen obstacle.

Shortly after they launched a fundraising campaign during a groundbreaking ceremony in March 2020, the COVID-19 pandemic struck the nation. At one point, Louisiana was the epicenter for community spread, resulting in stay-at-home orders and mask mandates and forcing many businesses to close their doors — temporarily or permanently.

Murphy, Aydell, and Shauvin said donations for community projects — including theirs — hit a wall as businesses saw a steep fall in revenue.

“Whenever COVID hit, so many businesses and people were struggling,” Murphy said. “So getting donations was really hard for a while.”

Donations started picking up toward the end of 2020, when the group originally hoped to complete the playground project. But then they ran into another obstacle — supply delays.

“Supply chain issues picked up everywhere,” Aydell said. “It took us six months just to get the equipment ordered and here before we could even install it.”

After unprecedented circumstances, Aydell said work on the playground ended about a month ago, giving the small village a professionally-installed recreational spot that cost around $40,000. Aydell credited many businesses and community members for donating time and money to the endeavor.

It all culminated in Saturday’s ribbon-cutting ceremony, which drew dozens of people to the village’s newest attraction. In a statement that Aydell read, Guitrau called the playground’s “long-awaited” opening “a very special day” for the village.

“It is with much gratitude that we thank all those who made this possible,” Guitrau said. “All of the children of French Settlement and the surrounding areas will appreciate this for many years to come. I can’t wait to bring my grandchildren.”

Members of the Leadership Livingston group also spoke during the ribbon-cutting. Shauvin, an ELA teacher at French Settlement Elementary, called it “a dream come true,” while Murphy said she had always wanted “something like this” for her children when they were younger.

“This is a vision and desire coming to pass today,” Murphy said.

Aydell, a 1999 graduate of French Settlement High, thanked his fellow group members for seeing the project through, especially for a part of the parish that “sometimes feels forgotten.”

“We really hope that this changes the narrative and puts lower Livingston on the map,” Aydell said. “This gives our kids something special and lets the rest of Livingston Parish know just what a great place this is down here.”

James Hughes, of Hammond, LA, died from an automobile accident…