You have permission to edit this article.
Edit
Sections
Multimedia
e-Edition
Subscribe
About The News
Classifieds
Local Businesses
Advertising
Try our app!
1 of 5 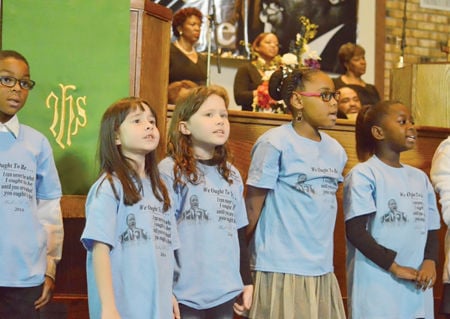 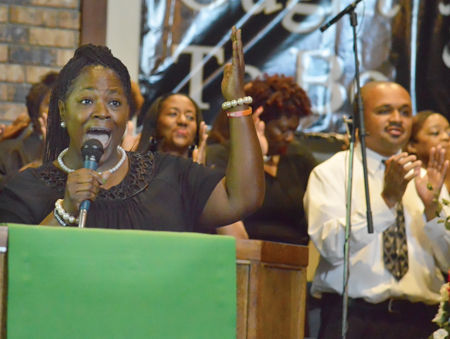 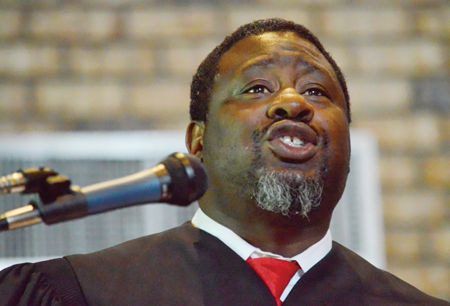 That was the message Monday at the Roberts United Methodist Church annual Martin Luther King Day services that kept a distinctly local flavor.

The Rev. Kermit “K.C.” Roberson, who became church pastor last July, held the honored spot as featured speaker, delivering a sermon of hope for the future through a battle against complacency. Two New Orleans women who became part of the Denham Springs community after Hurricane Katrina — Connie Saizon and Gladier Dalton — received special recognition for their contributions over the past decade.

“The dream and the dreamer cannot stand by and watch you lay claim to superficial success when we are still overcoming,” Roberson declared.

He said the struggle for racial justice did not end when Barack Obama became president of the United States and that struggle must continue to take place on two fronts.

As an example, he cited the high incarceration rates for African Americans, a destroyer of families, that must be reformed. At the same time, he cited the need for community leaders to step up and provide structure to the youths that would deter them from choices that lead to jail and ruin.

“Somebody’s pants who are hanging too low, you ought to be ready to give them correction,” he said.

He also decried mindless protesting, mentioning the “Black Lives Matter” movement specifically, reminding the congregation of King’s approach to solving racial problems that was inclusive rather than divisive.

He challenged people to vote, taking advantage of the sacrifices others made for them to have that right. He challenged parents to teach their children about the history of segregation and civil rights because too many young people today are unaware of it.

As always, the program emphasized the value of education with the award of nine scholarships to promising students continuing their studies beyond high school.

Georgette Tytianna Williams was given a $1,000 scholarship from the Livingston Parish Federal Credit Union and Kamesha Gilmore earned the $1,000 Fred Banks Scholarship.

Other ministers attending were the Rev. Leslie Akin, the Rev. Frank Akin and Michelle Lavergne of Luke 10:27, which sponsors the Denham Springs Young Artists Academy.