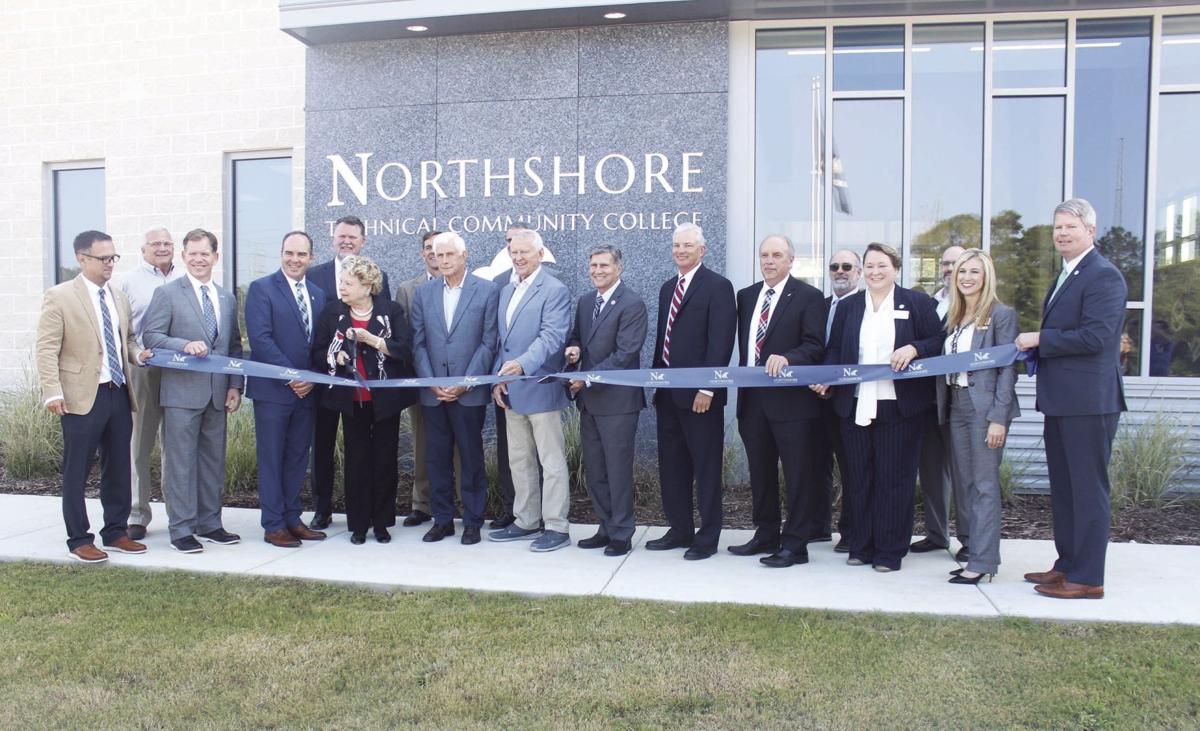 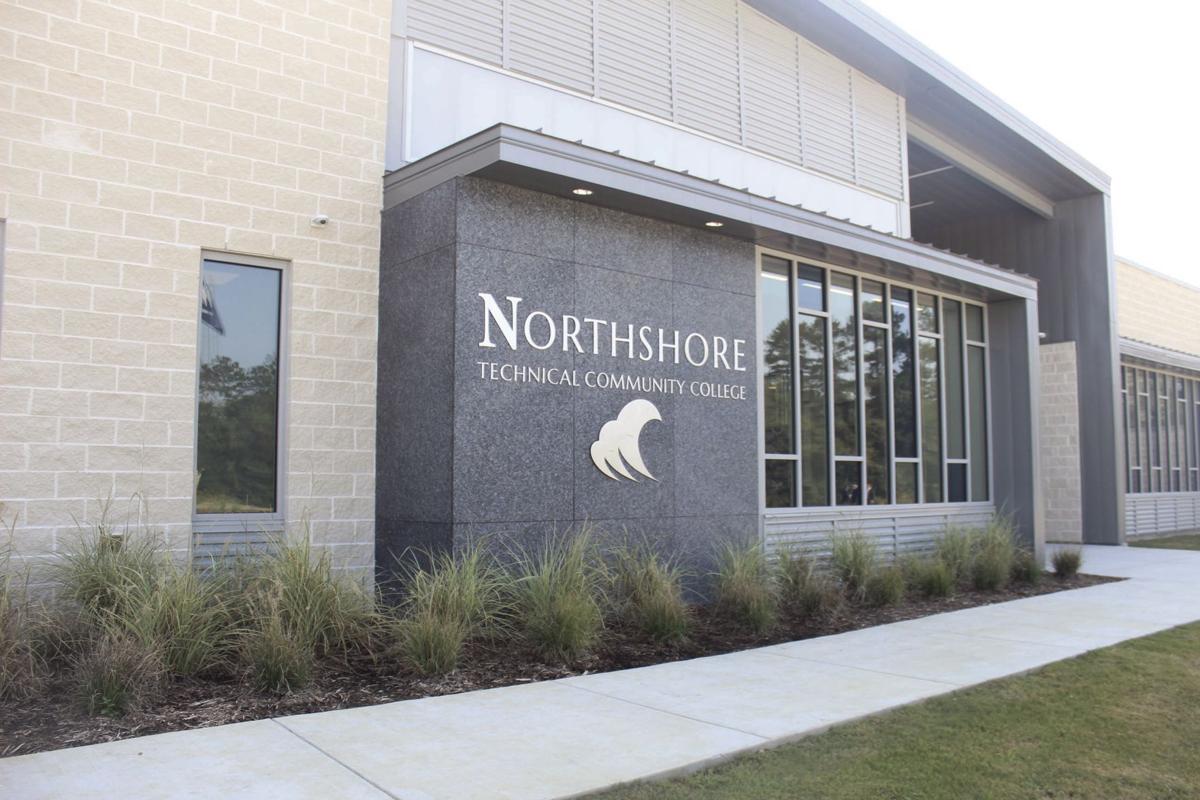 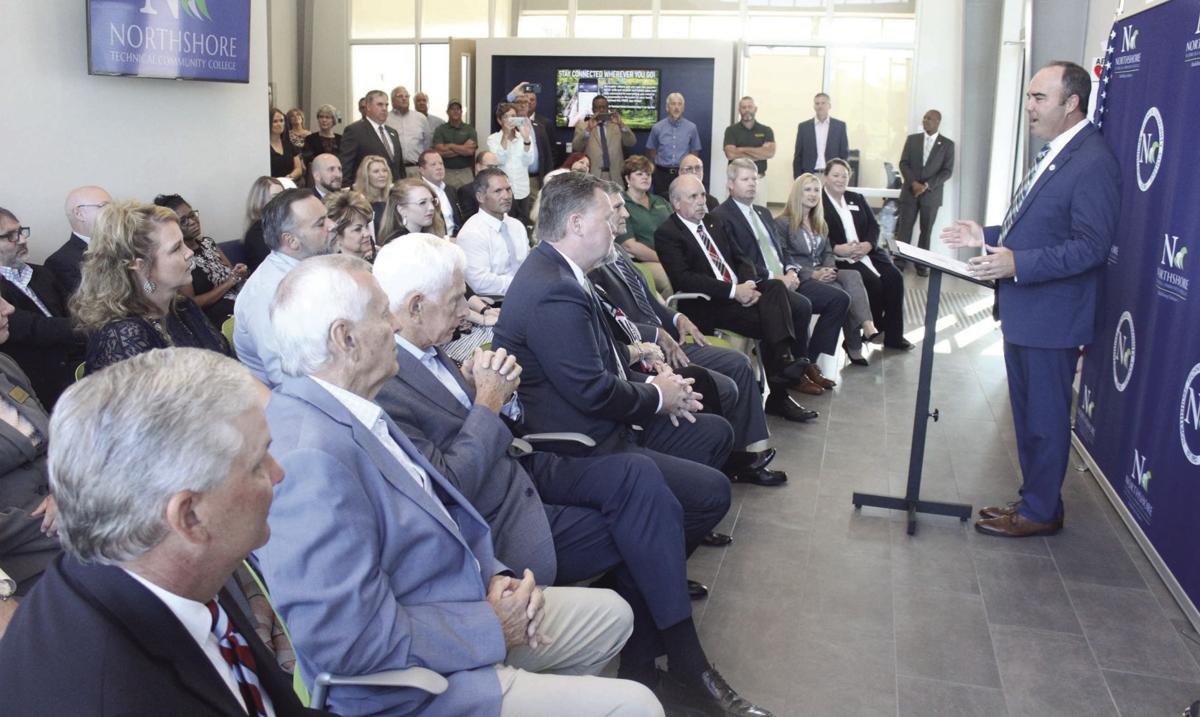 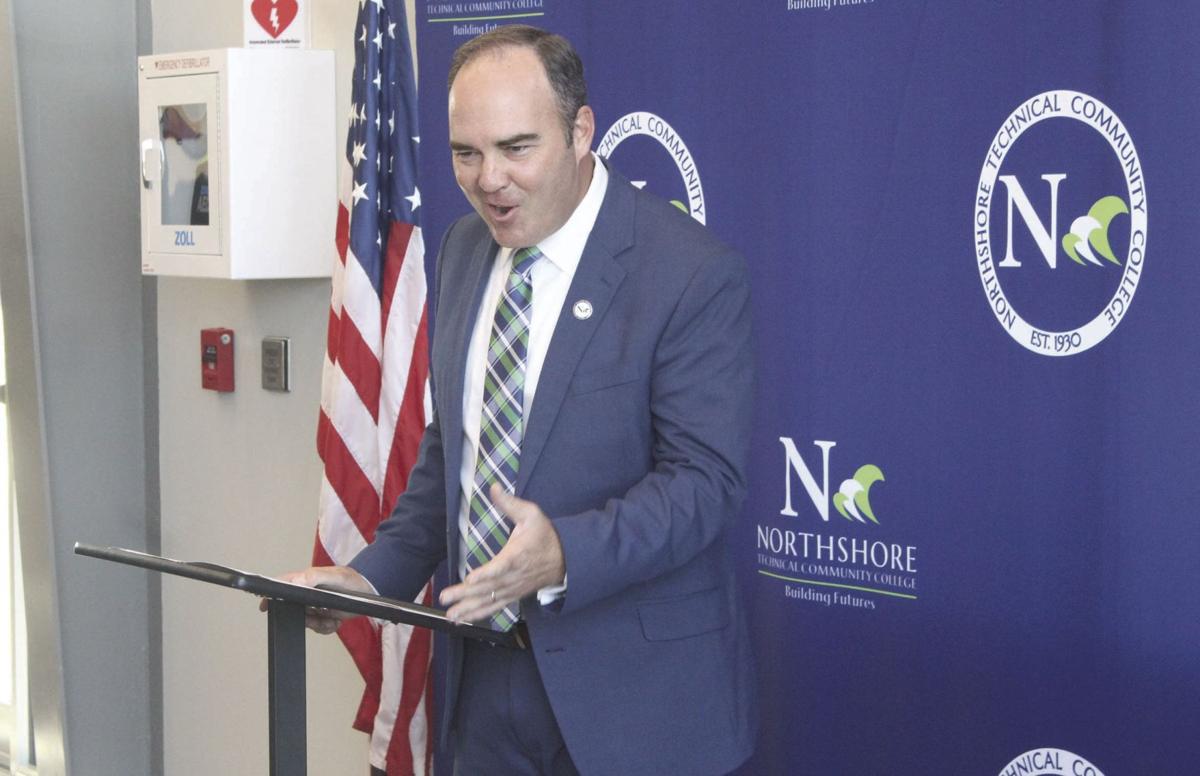 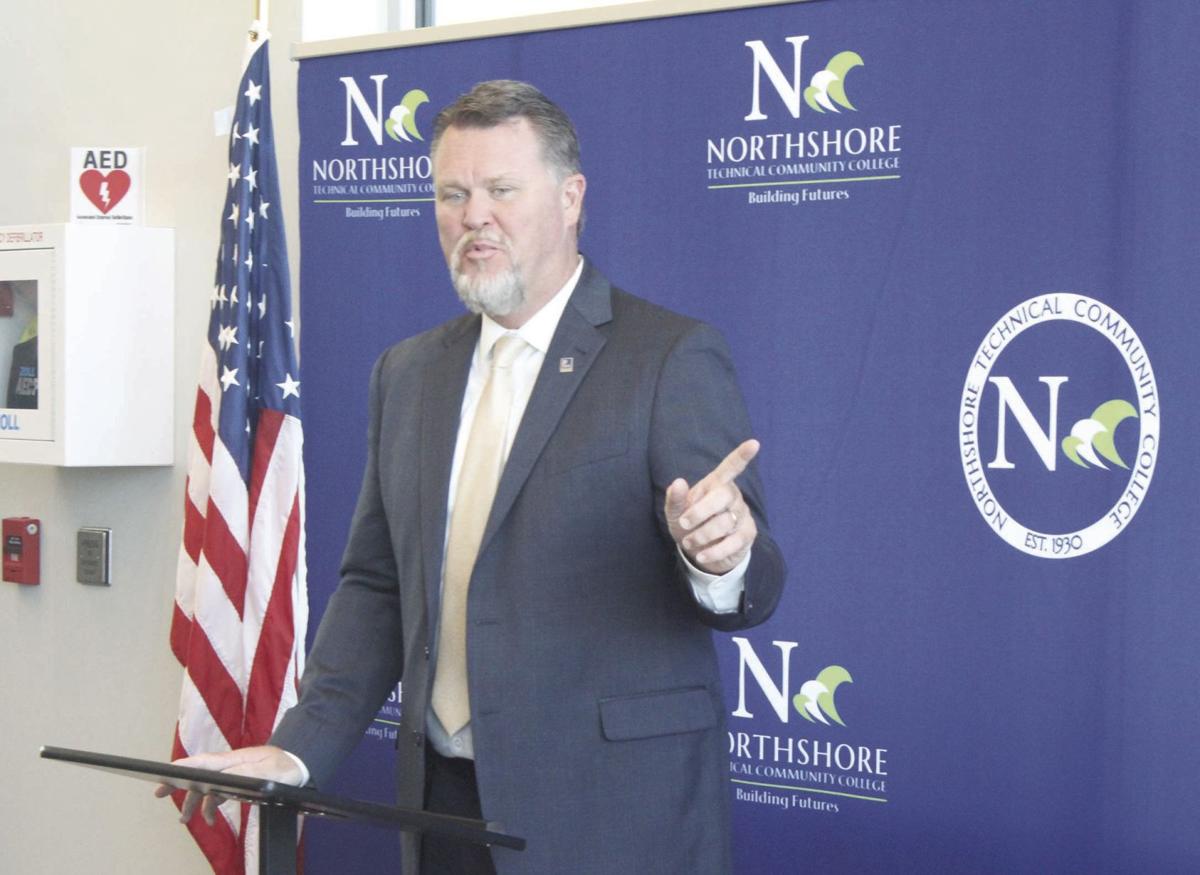 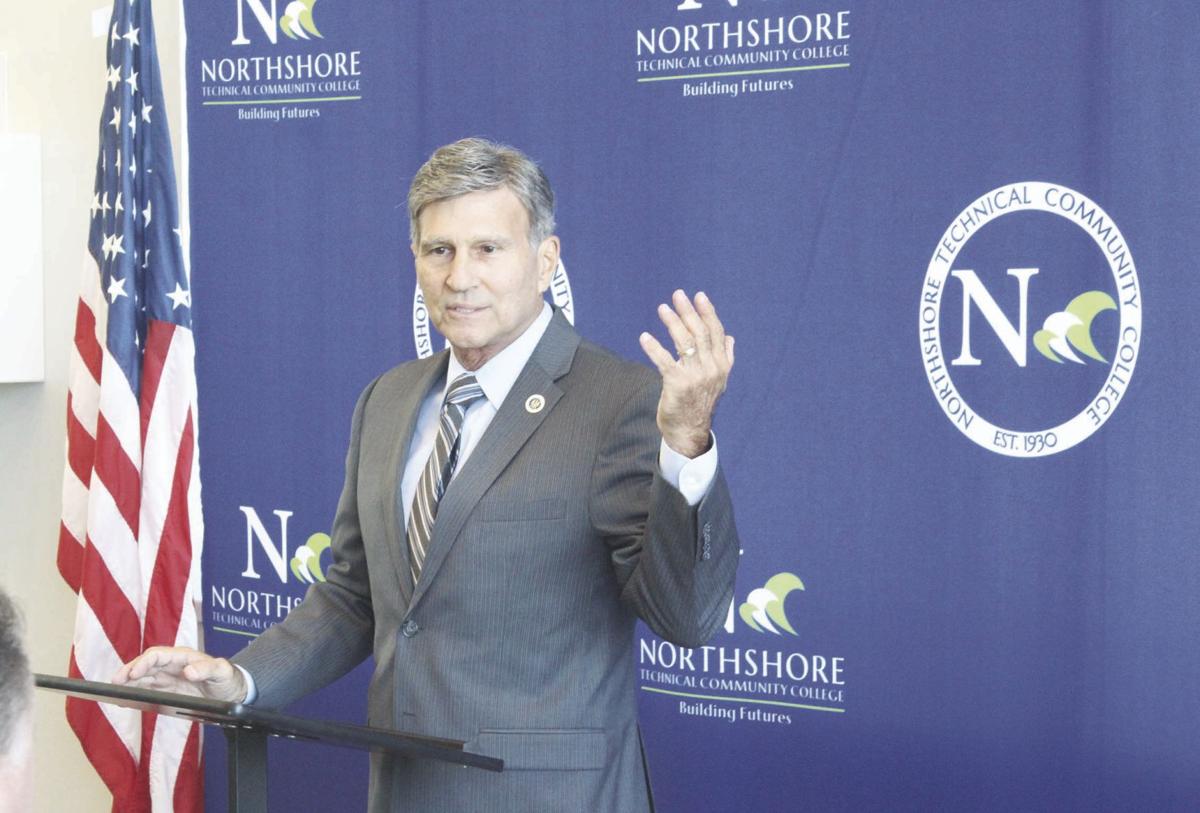 State Sen. Dale Erdey said education is needed for a community to grow at the ribbon-cutting for the new Walker campus of Northshore Technical Community College on Thursday. 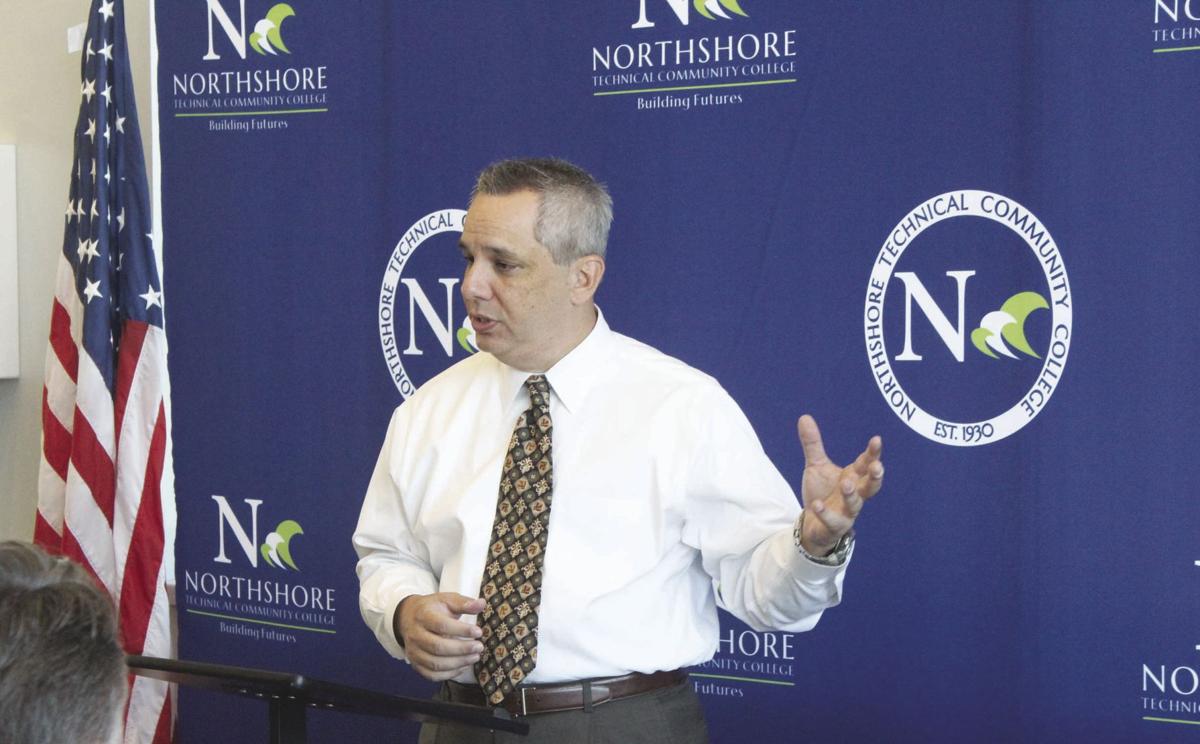 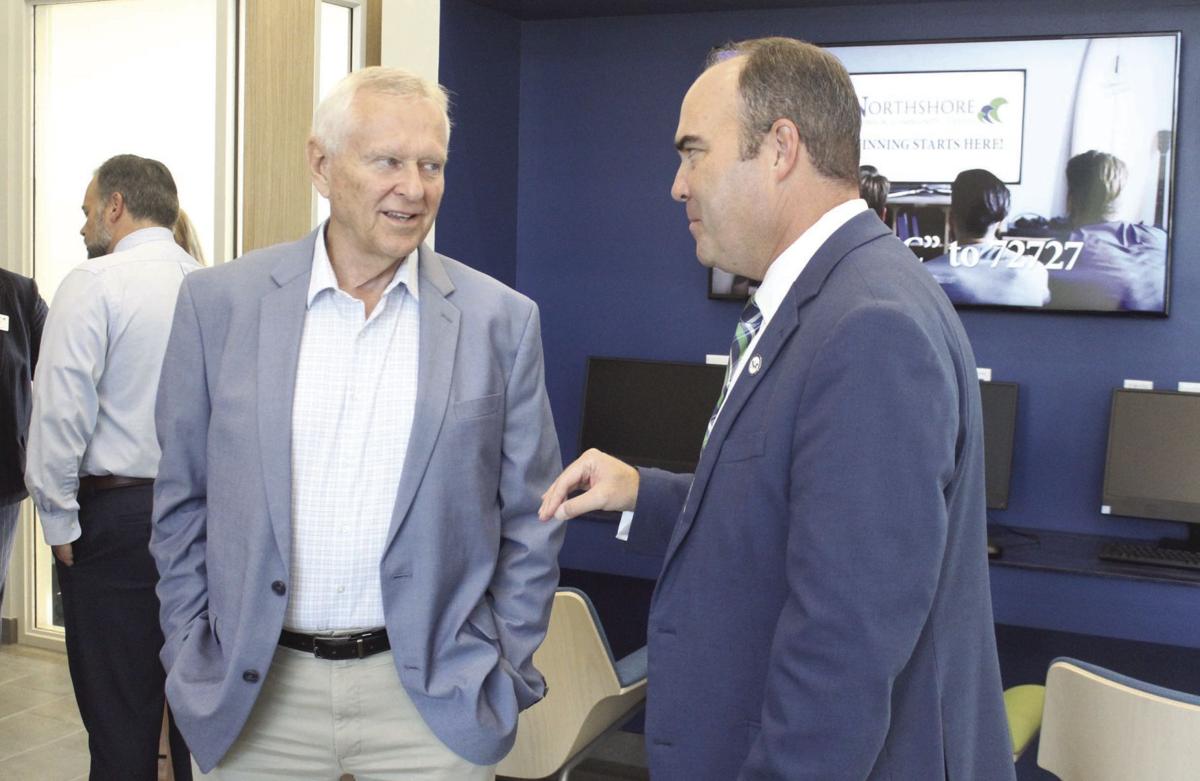 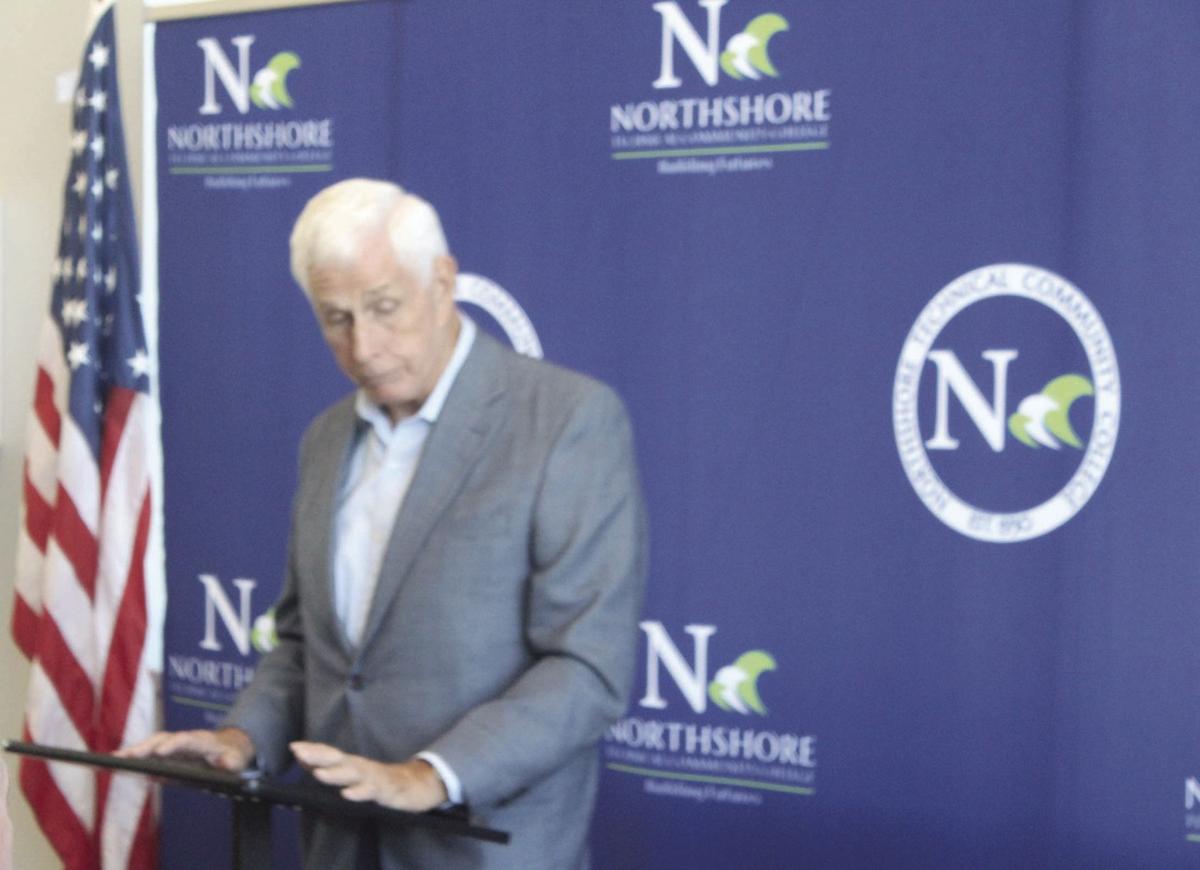 State Rep. J. Rogers Pope said he was a teacher in the Livingston Parish school system when the idea of a community college first came up. He was one of several legislators to attend the dedication of the Walker campus of Northshore Technical Community College.

State Sen. Dale Erdey said education is needed for a community to grow at the ribbon-cutting for the new Walker campus of Northshore Technical Community College on Thursday.

State Rep. J. Rogers Pope said he was a teacher in the Livingston Parish school system when the idea of a community college first came up. He was one of several legislators to attend the dedication of the Walker campus of Northshore Technical Community College.

But Thursday’s ribbon-cutting by Northshore Technical Community College (NTCC) to dedicate its new Walker campus was a chance to recall the effort it took and thank those who made the effort to bring a college campus to Livingston Parish.

Dr. William Wainwright, NTCC chancellor, said, “This (campus) has been 10 to 15 years in the making, but this is just the beginning. Every person in this room is responsible.”

The Walker location is the fifth campus that makes up NTCC. Other campuses are in Lacombe, Hammond, Bogalusa, and Greensburg.

NTCC gets $1.9 million for apprenticeship programs

Wainwright briefly recounted how making the campus a reality cleared its final hurdle.

In 2011, a study by the Center for Higher Education found two parishes lacked the infrastructure for workforce training – Livingston and St. Tammany parishes, he said.

To meet the needs of both parishes, NTCC sought a bond issue but it required a 12 percent match from local sources, Wainwright said.

Part of that match came from action taken by the Livingston Parish school system 10 years earlier when it bought 50 acres of land, he said.

The last part of the match came when the City of Walker provided enhanced utilities and services that counted as in-kind contributions.

“It certainly takes a village and you represent it,” Wainwright said.

At the first bond commission hearing, Wainwright said he asked a state representative from the Florida Parishes to attend, to show his support. State Rep. John Bel Edwards was there, he said, and as governor he has supported the college’s effort, he said.

“Growth is important, but also making quality and wise investment in our students,” he said.

Dr. Monty Sullivan, president of the Louisiana Community and Technical College System (LCTCS), gestured to the front door of the building.

“That door represents a pathway to success in Livingston Parish,” he said, “the opportunity in this building to get the skills or start a baccalaureate program.

“They also will be able to stay at home and make this parish better.”

He thanked state Sen. Dale Erdey and state Rep. J. Rogers Pope for their support, “backing this when it wasn’t popular.”

“This campus was not in the original bill,” Sullivan said, “But they said ‘Whoa.’ They stood in the gap for the people of Livingston Parish.”

“This is not the sexiest project,” Erdey said, saying more attention probably was paid to Bass Pro, the widening of Interstate 12 or Juban Crossing.

“But it ranks up there because this is all about the community.

“Education is needed for a community to grow,” Erdey said and he predicted more growth will come to the Walker area spurred by this campus.

“This campus makes Livingston Parish stay ahead of everyone else in the state.”

Pope recounted how the efforts to bring a community college to the parish began in the 1980’s.

“We got involved a long time ago,” Pope said, adding the idea came up when he was a teacher in the school system.

“But we couldn’t get over the legislative hump,” said the man who later became a principal before becoming school superintendent.

Once the Clausen Family Building was built, it housed the school system’s Literacy and Technology Center and the recently renamed Southeastern @ Livingston, the groundswell of support began he said.

“Our commitment will not let it stop here,” Pope said. “This building was built for expansion. We will continue to work for funding, not for today but for 40, 50 years from now and the people who will follow us.”

“We believed in this so much, we moved our office here,” said David Bennet, president of the LEDC.

The LEDC will help keep NTCC on the “cutting edge of what industry needs,” he said.

The LEDC can communicate to NTCC what skills local industries need, which would allow the college to adjust its curriculums and improve the prospects of hiring, Bennett said.

In return, by knowing what courses and certifications NTCC is offering, the LEDC can use the information is promote Livingston Parish and attract businesses.

Bennett said the closeness of NTCC and the Literacy Center means one day the 50 acres could be one campus, devoted to education and workforce training.

“It would be for high school students, career technical students, students going on to Southeastern, for students every step along the way,” he said.