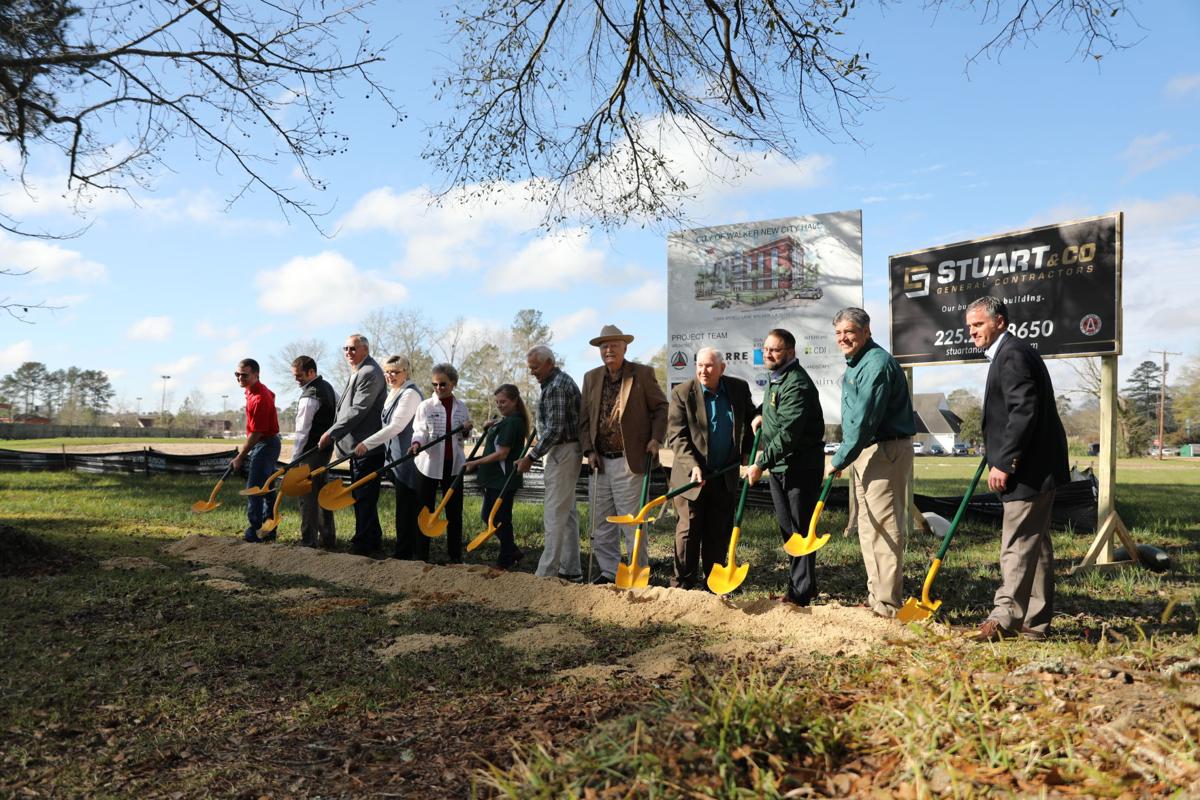 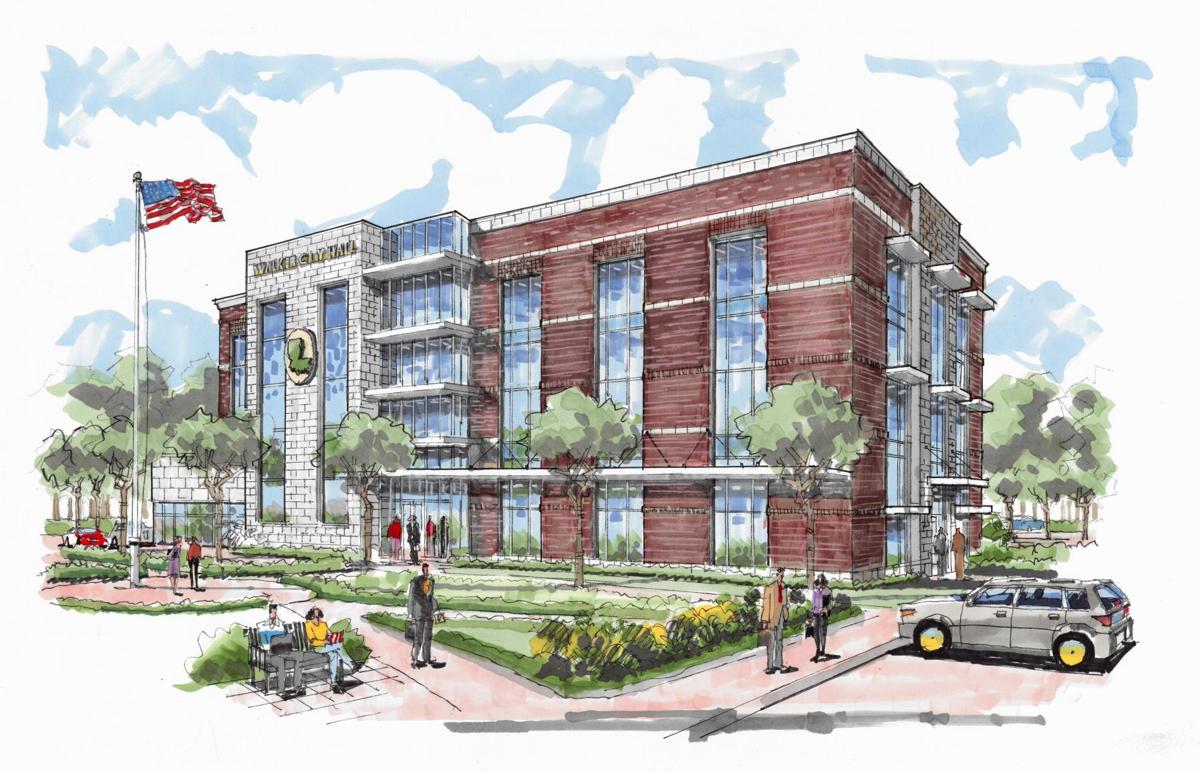 The final rendering for Walker City Hall was submitted before final bids were accepted.

The final rendering for Walker City Hall was submitted before final bids were accepted.

The sun peaked out just long enough to give city officials a chance to have a, relatively, dry patch of dirt to throw into the air.

At 10 a.m. Tuesday, Jan. 28 the City of Walker officially turned the first dirt on their new, three-story city hall. The expected completion time was Feb. of 2021, weather permitting.

Mayor Jimmy Watson announced before the ceremony that Walker's ability to afford the new facility was based on increasing gas revenue provided through the city's utility department. According to finance director Mike Cotton, almost 87% of meters for the city's gas are outside of the city limits, and have produced the following, rising revenues:

The city expects that revenue to continue to rise as new developments tie into their system. A fully closed portion of the system runs from the gas department, down 190 to Juban Road, down Juban Road to Buddy Ellis, back to 447, and back to the gas department. The city also services areas north of Denham Springs, and several Watson subdivisions.

Utility rates were increased by small amounts during former Walker Mayor Rick Ramsey's administration. While the increases were not met with unanimous approval, the new revenue proved advantageous for improvements to the utility systems - including the closed gas lines, as well as a new water tower south of I-12.

In their work with Labarre Associates, Walker eventually landed on a building that's roughly 10,000 square feet, and three stories tall. The initial focus will be to occupy the first two floors, while renting out the third until the city grew to such a point that it would need the space.

In March, the News interviewed Labarre about the process. According to principal Jay Labarre and, at the time, Vice President of Architecture Philip Kern, construction will take roughly 12 months.

The most important step? Site preparation for heavy rains, drainage, and material preparation.

Labarre cited a project they were involved with on O'Neal lane. It rains a lot in Louisiana, and the site was prepared specifically for drainage before anything was moved onto the grounds. Construction sites, typically, get messy during heavy rains but the spring deluges the area experienced didn't stop that construction.

So, by the end of 2020, Walker could be moving into its new City Hall.

“Our goal is to give the administration a building to meet their needs for the next 50 years,” Labarre said.

Isn’t this a wonderful day when our city government can break ground on a plush new $5+ million dollar building while we sit here in the most central subdivision in the city limits with ditches that were messily opened up to “fix” a drainage issue that was not even remotely “fixed” by the mess they made plus they dug up driveways and never re-poured the concrete so an entire street on homes still has gravel across their culverts where nice concrete driveways used to be. I can go on and on about how this city government came into our neighborhood in August 2019 and made a huge mess and didn’t even open up the culvert under the very first driveway where the bottle neck of water flow begins then just left and has never come back to finish the work yet they are breaking ground on a new city hall. Where are their priorities??? We are going to flood while they build a new city hall! It’s just hard to watch.

Also, they talk about utility rates being increased by “small” amounts to help fund this plush new city hangout, but the truth is back from 2003 until the rates began to rise during Ramsey’s term, my utility bill was on average ~$35/mo. Flash forward to today and my bill averages ~$60/mo! That’s not “small” increases, that’s almost a 70% increase!