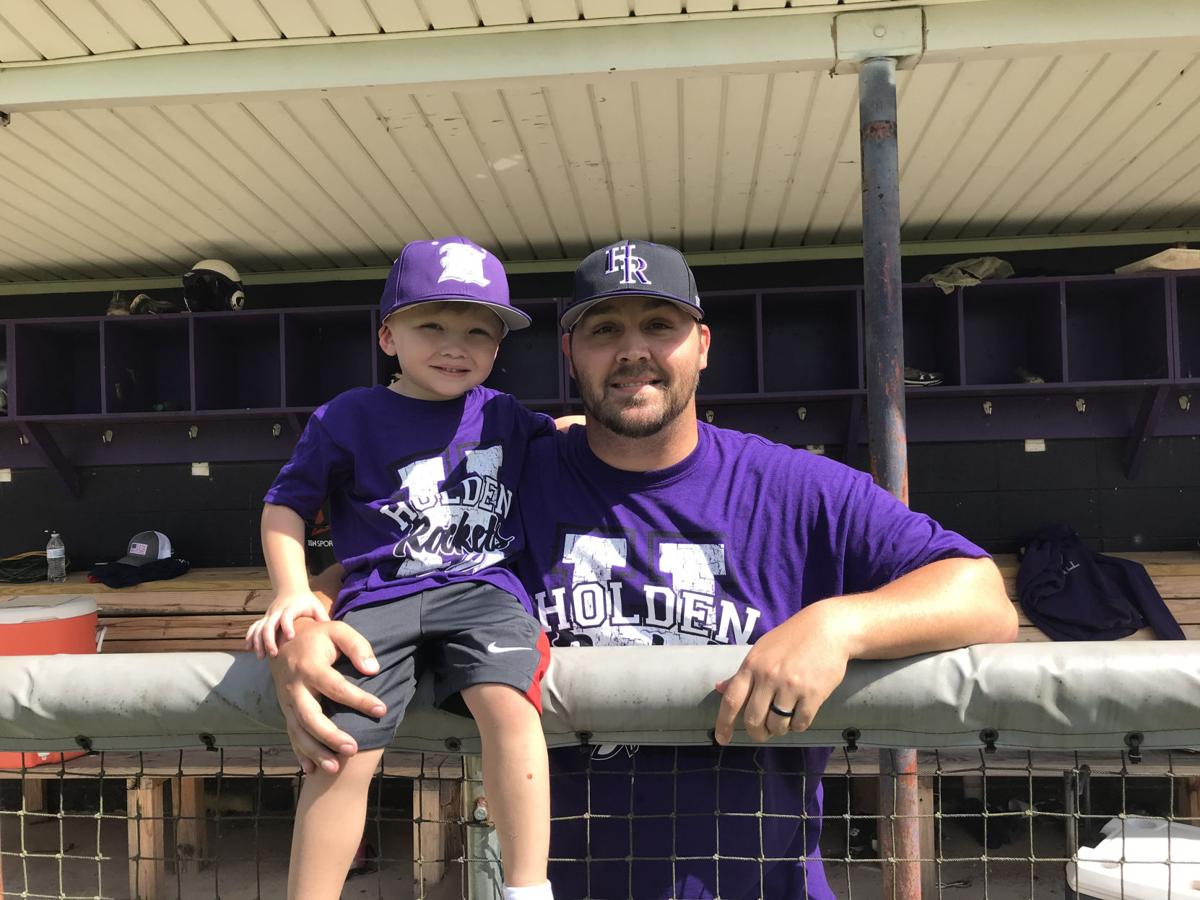 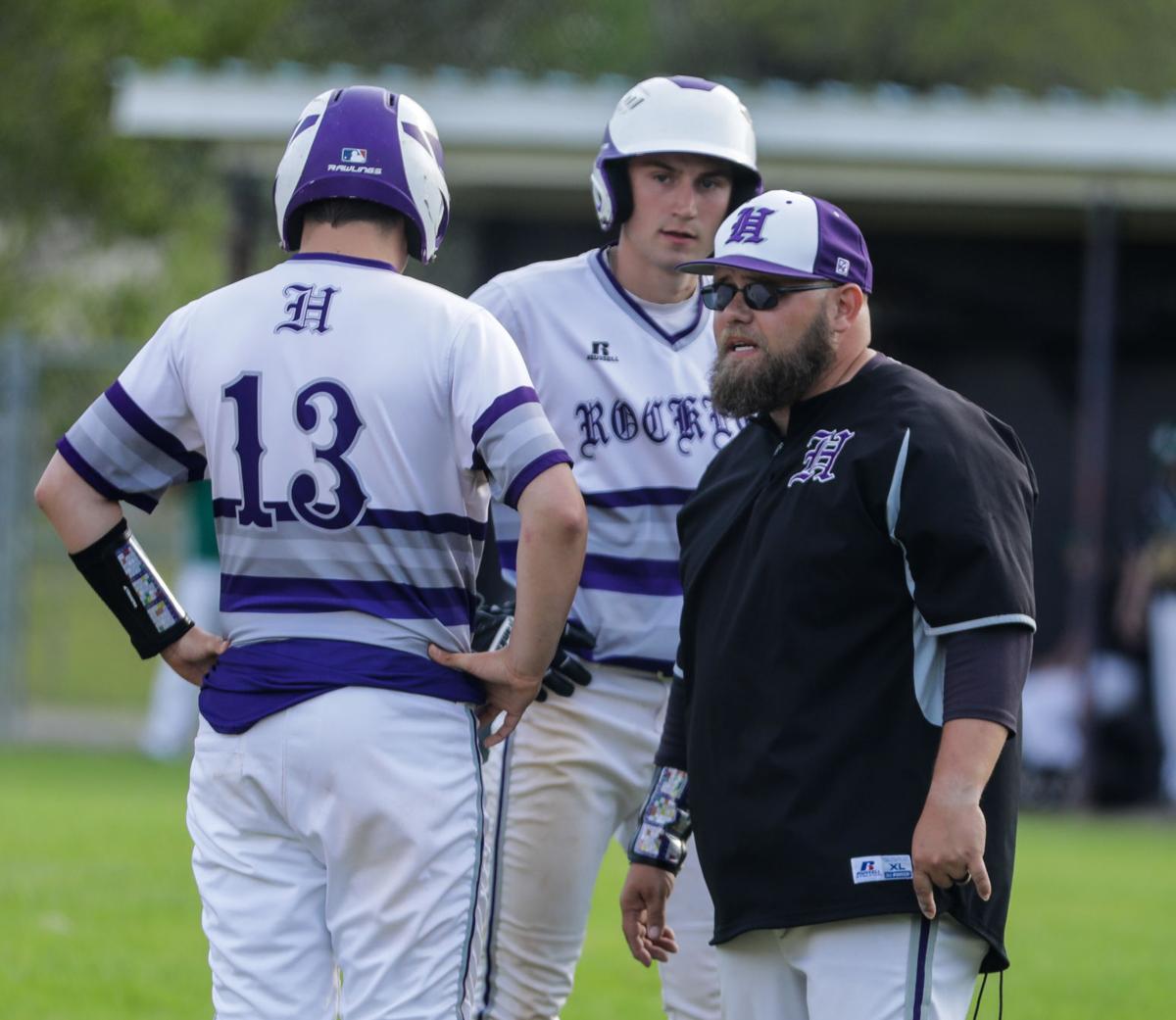 David White led the Holden baseball program for 11 seasons. He'll take over as the school's powerlifting coach on a full-time basis.

David White led the Holden baseball program for 11 seasons. He'll take over as the school's powerlifting coach on a full-time basis.

HOLDEN – Jonathan Thompson didn’t go to school at Holden, but he knows plenty about what it means to be a native of Livingston Parish.

“I know the people that come from this parish, and I know the work ethic that they (have) and how hard they work as a whole,” Thompson said. “I know what it stands for to be LP proud, and I’m just so excited to be home and be back here and back home where me and my family were born and raised.”

Holden, meanwhile, started looking for a baseball coach to allow David White, who coached the baseball team and the school’s powerlifting team, to focus on powerlifting full time.

“We knew probably midway through the (baseball) season that David was torn with his loyalties,” Holden principal Kris Rountree said. “He wants to do a good job at everything that he does, and the powerlifting shocked all of us with the successes they had …

“He (White) was willing to continue, but he wanted to give us a heads up if we wanted to look for somebody to be a little bit more available 100 percent,” Rountree continued.

That eventually led to Thompson taking the job earlier this week.

“We felt like, ‘Hey, maybe this is divine intervention,’ because he had all the qualities of understanding a small-school atmosphere, building a program, because he coached a lot of young kids last year; sharing athletes (among different sports) – he would understand that,” Rountree said, noting an interview with Thompson on Monday solidified his hiring.

Thompson said his feeling on getting the job was much the same.

Hutchinson said another key in landing Thompson was patience.

“We didn’t have to have a baseball coach,” he said. “We were just looking for one, and we just felt like with Coach Thompson, it was a good fit. I think he’s going to be good for our school and our community, and most importantly, our kids.

“Our slogan here is ‘It’s great to be a Rocket’, and we believe that every day, but we’ve got to get people on board that believe it with us also, and we think he’s going to buy into that,” Hutchinson continued.

Thompson played at Parkview Baptist under M.L. Woodruff before going to Southern Mississippi, where he went 7-1 with 3.49 ERA in 2011. He closed out his career at Belhaven, playing under the legendary Hill Denson.

“I have some very great mentors that have led me along the way, and my dad (Ted),” Thompson said. “He’s always filled me with great wisdom and life lessons. With those men in my life, they’ve steered me into the right direction.”

Thompson has maintained his Livingston Parish ties, residing in Denham Springs with his wife, Madison, who is an early intervention special needs teacher at Levi Milton Elementary, and their 3-year-old son, Cooper.

“My wife and my son are my rock,” Thompson said. “I do this for them, and they push me every day to be a better man, better husband, better father. I couldn’t do this without them.”

Thompson hasn’t met with the returning members of Holden's baseball team, but has an idea of what to expect after playing against the Rockets last season.

“The boys, they came in, they were very scrappy,” he said. “They fought from the first pitch to the last. It was very appealing, the attitude that they played (with) and level of want-to and the pride that they had for playing here is what really drew me here. It’s just seeing how the boys played the game the right way.”

It’s what Thompson is hoping will help him build on the success that White and Hutchinson, who coached the Rockets before White, had in previous years.

“I’m a perfectionist,” Thompson said. “My style of play … it’s going to be a very scrappy bunch of kids – a blue-collar attitude that’s going to work hard every single day to get better every day. The wins and losses, yeah, they matter, but what matters is what kind of men you shape throughout your time and your tenure that you’re there at the school.

“I’m ready to work with the boys,” he continued. “This is about them. This isn’t about me being the new coach. This is about the young men that are going to come in here and leave their footprint on this program from here on out.”

White, who coached the baseball team for 11 seasons, will take over the powerlifting program after guiding the girls team to a state runner-up finish in Division V in its first season.

“It’s bittersweet, but I think at some point you kind of reach the point where I think I’ve gotten it as far as I can get it,” White said of giving up his baseball duties. “I think it’s just time for somebody who can kind of pick it up and take it maybe to that next level there.”

White, who thanked former Holden principals Linda Pittman and Paula Green, and Rountree, along with Maurepas baseball coach Anthony Gregoire for their guidance, is looking forward to devoting his time solely to powerlifting, noting that overlap that occurs between the end of powerlifting and beginning of baseball season.

“It was just hard for me trying to be the head coach of both sports to try to give them both the attention that they need,” White said. “And just kind of where I am in life now, powerlifting is just something that’s kind of really grabbed me, and I’ve just kind of seen what it can do for people. It’s just kind of where my heart lies at this moment, and I just think it was the best decision for that.”

“I think they couldn’t have done a better job,” he said. “I think Holden knocked it out the park bringing him in. I think he’s a guy that has some passion. He’s got a great resume’. I think Holden as a school is a place, it demands some excellence – it’s an A (rated) school. Test scores are always really good. You look at the softball team and basketball teams and all that. I think they hired somebody who’s going to elevate that program to what it needs to be.”