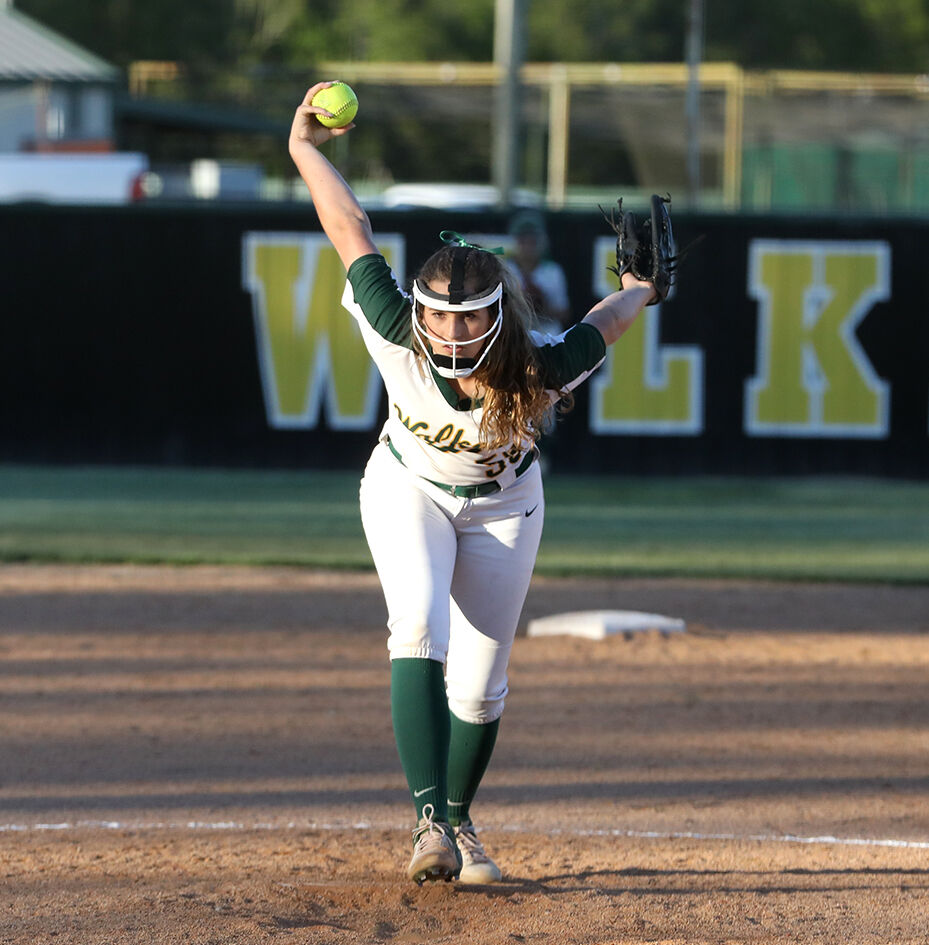 Walker High’s Lainee Bailey winds up for a pitch during the Lady Cats’ 10-1 win against Live Oak High on Thursday, April 1, 2021. 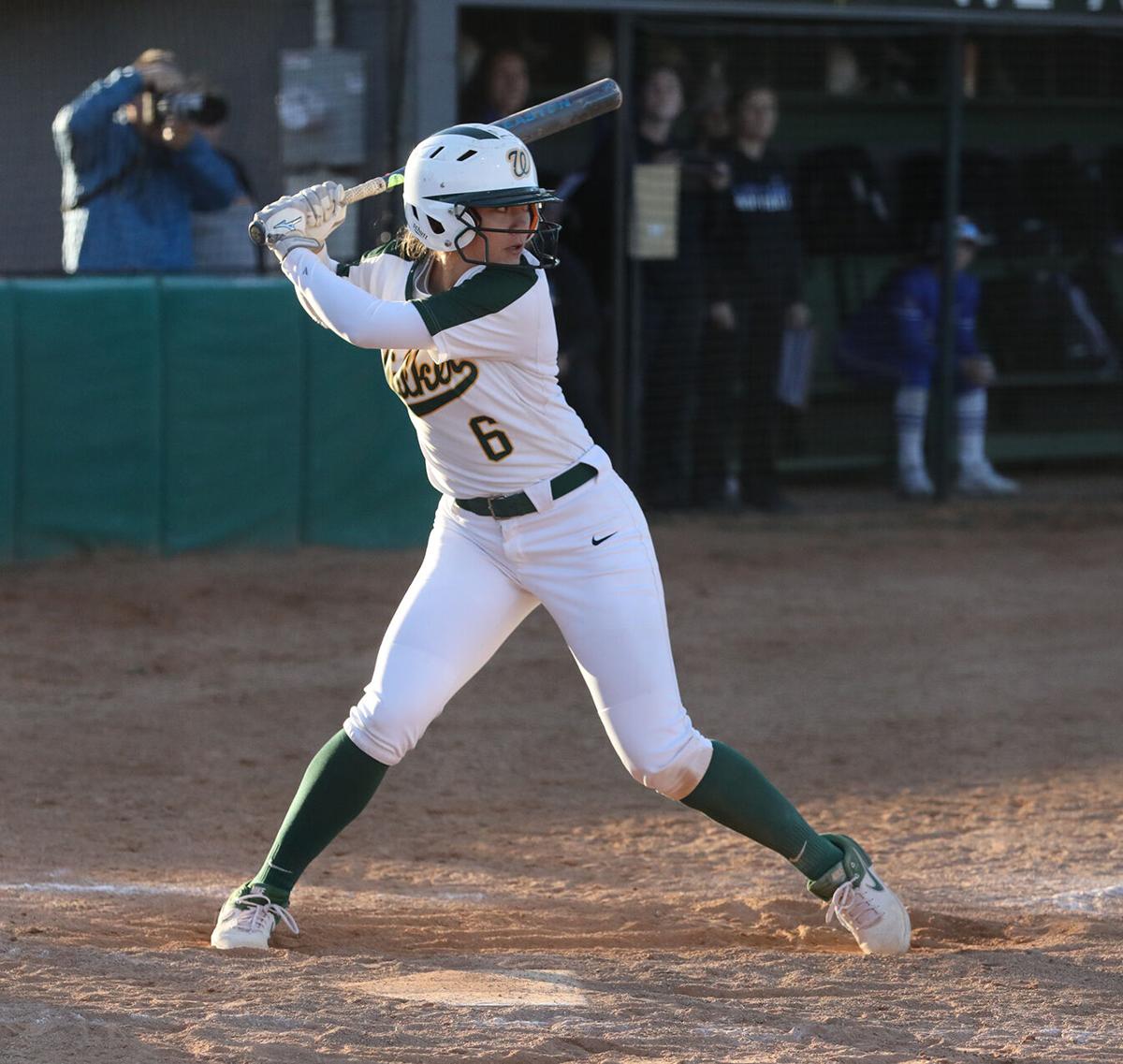 Walker High’s Haleigh Pourciau gets ready to swing at a pitch during the Eagles’ 10-1 loss to Walker High on Thursday, April 1, 2021. 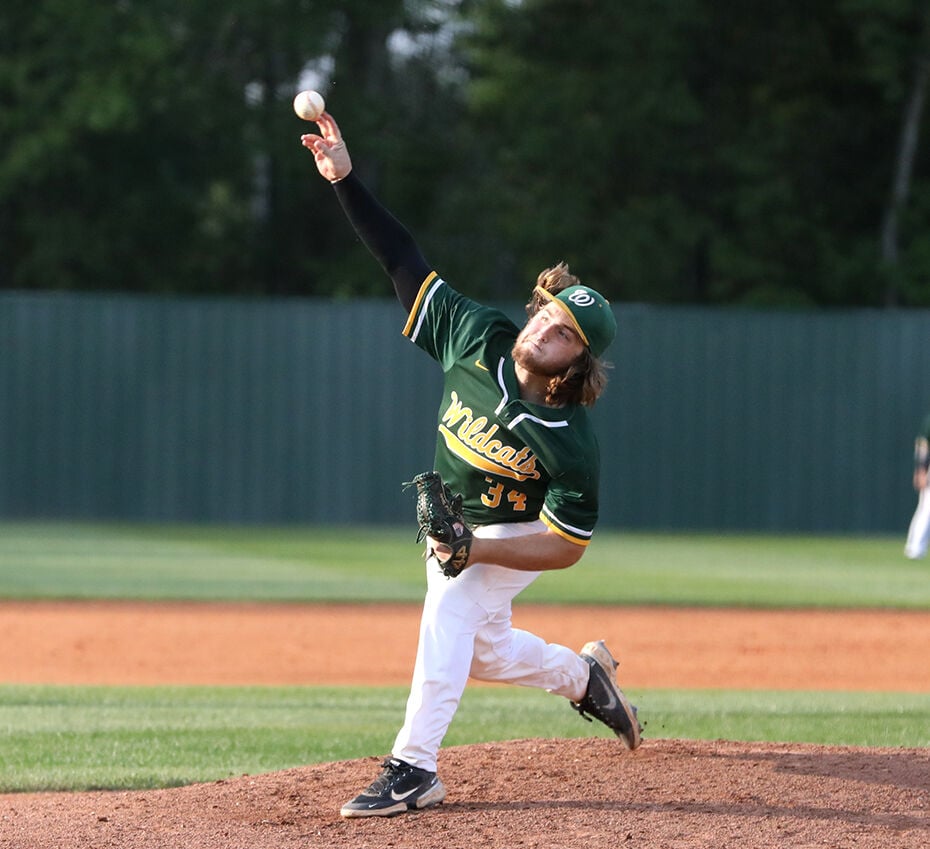 Walker High’s Caleb Webb throws a pitch during the Wildcats’ 5-0 win over Destrehan in the first round of the Class 5A playoffs on Tuesday, April 27, 2021. 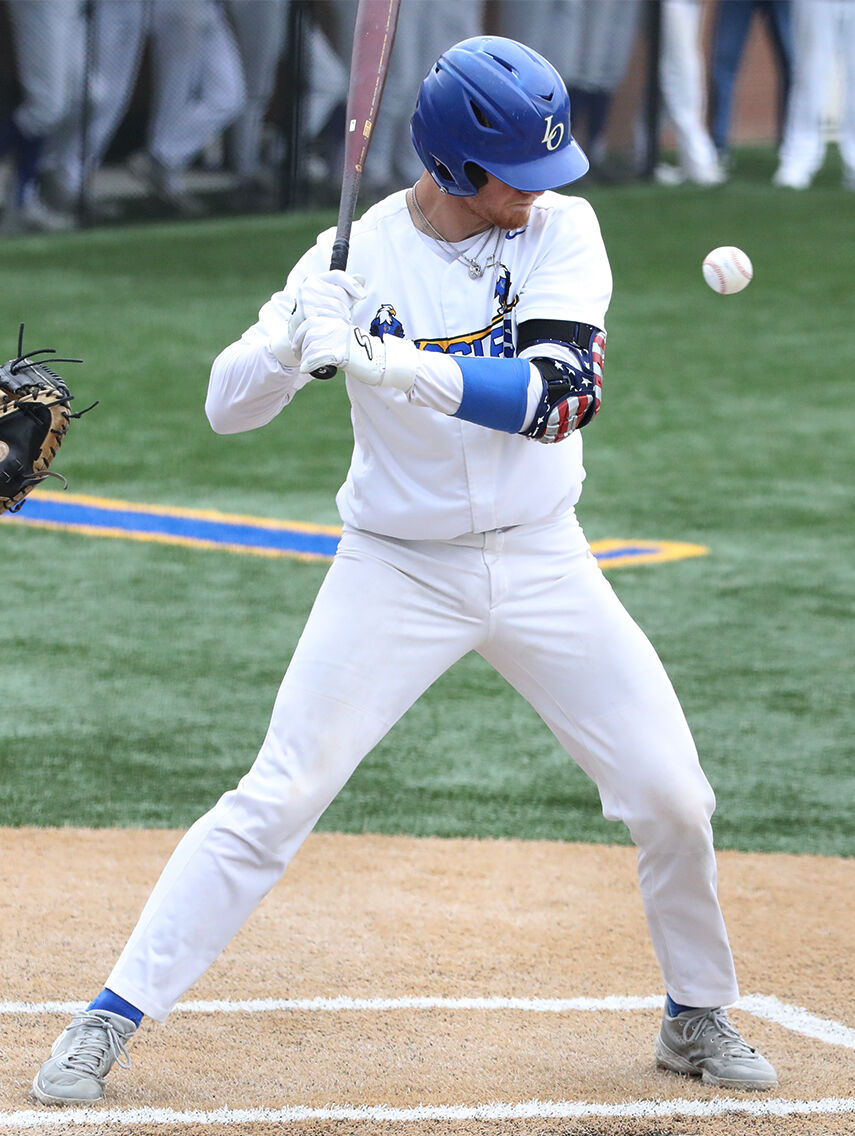 Live Oak High’s Blaise Priester, here in the Eagles’ 4-1 win against District 4-5A opponent Zachary, had a two-run home run in the loss to Ouachita Parish. 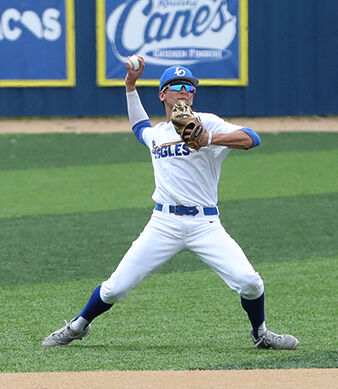 Live Oak High’s Kade Dupont makes a play in the infield during the Eagles’ 4-1 win against District 4-5A opponent Zachary High on Saturday, April 3, 2021.

A total of five Livingston Parish athletes were selected to the Louisiana Sports Writers Class 5A All-State baseball and softball teams, which were released Thursday.

Meanwhile, Walker’s Lainee Bailey made the softball team as a pitcher, while teammate Haleigh Pourciau was an honorable mention selection.

“She is consistent, and she was one of my first freshmen as a head coach, so now that she’s not at summer workouts and she’s not there, it’s odd,” Westmoreland said. “I’m like, ‘Where’s Haleigh?’, because she is a constant face. She never missed. She’s going to give 100 percent, and she was a leader from the moment she put on her Walker jersey.”

Barbe’s Halie Pappion was selected the Most Valuable Player, compiling a 1.49 ERA with 192 strikeouts in 131 innings while batting .406 with nine home runs in helping the Lady Bucs to 31-2 record and the Class 5A state title.

Jerry Godfrey of John Curtis, who led the Patriots to the Division I state title, was the Coach of the Year.

On the baseball side, Webb had a .310 batting average with nine doubles, a triple, four home runs, 23 runs and 35 RBIs while helping the Wildcats advance to the semifinals. He also had an 8-2 record with one save with a 1.45 ERA and 70 strikeouts in 58 innings.

“He had a heck of a year,” Walker coach Randy Sandifer said of Webb. “I think utility is the best spot for him. I told him that I didn’t want him to be necessarily designated just as a pitcher. He did too much offensively for us also that I think he is the true definition of a utility guy. With the pitching and the hitting, he played a big part in our run in getting as deep as we did in the playoffs. I’m very proud of him.”

“From everything I’m getting, he’s a no-doubt, top-10 rounder,” Live Oak coach Jesse Cassard said of Priester’s Major League Baseball draft status. “I’ve heard as high as fourth round. I know some of the scouts fairly well. He’s considered one of the better athletes in the draft, and (he has) raw power. Looking at some of these guys’ spreadsheets, it looks like he’s going to go fairly high, and we’ll see if he signs or he ends up going to juco.”

“The dude can really play,” Cassard continued. “I think he’s just as good defensively as he is at the plate. Everybody makes a big deal about his hitting, but he can also really catch, which makes his draft status rise pretty good.”

Dupont hit .400 with seven doubles, five triples, a home run and 37 RBIs while striking out once all season and committing one error.

“He’s a stud, that’s why ULM signed him,” Cassard said. “He’s a late bloomer. He really didn’t grow until between his sophomore and junior year. He’s probably the hardest-working kid I’ve had in a long time. He’s a better kid than a player, and that tells you a lot because he’s a great player. I said before the season that I felt like he would end up being the best shortstop I’ve ever coached, and it turns out he was. The only guy that ever came close to one error on the year was Josh Prince back in 2006. He made six errors, and he made it to the big leagues. Thirty-five games, one error. That’s incredible.”

Pitcher Jack Walker of Barbe was the Outstanding Player, going 13-0 with a 0.48 ERA and 121 strikeouts in 84 innings. He is a Mississippi State signee.

Barbe’s Glenn Cecchini was the Coach of the Year after the Bucs won their 11th title with a 39-2 record, including a No. 1 national ranking.

IF Brylie Fontenot Sam Houston So. .456