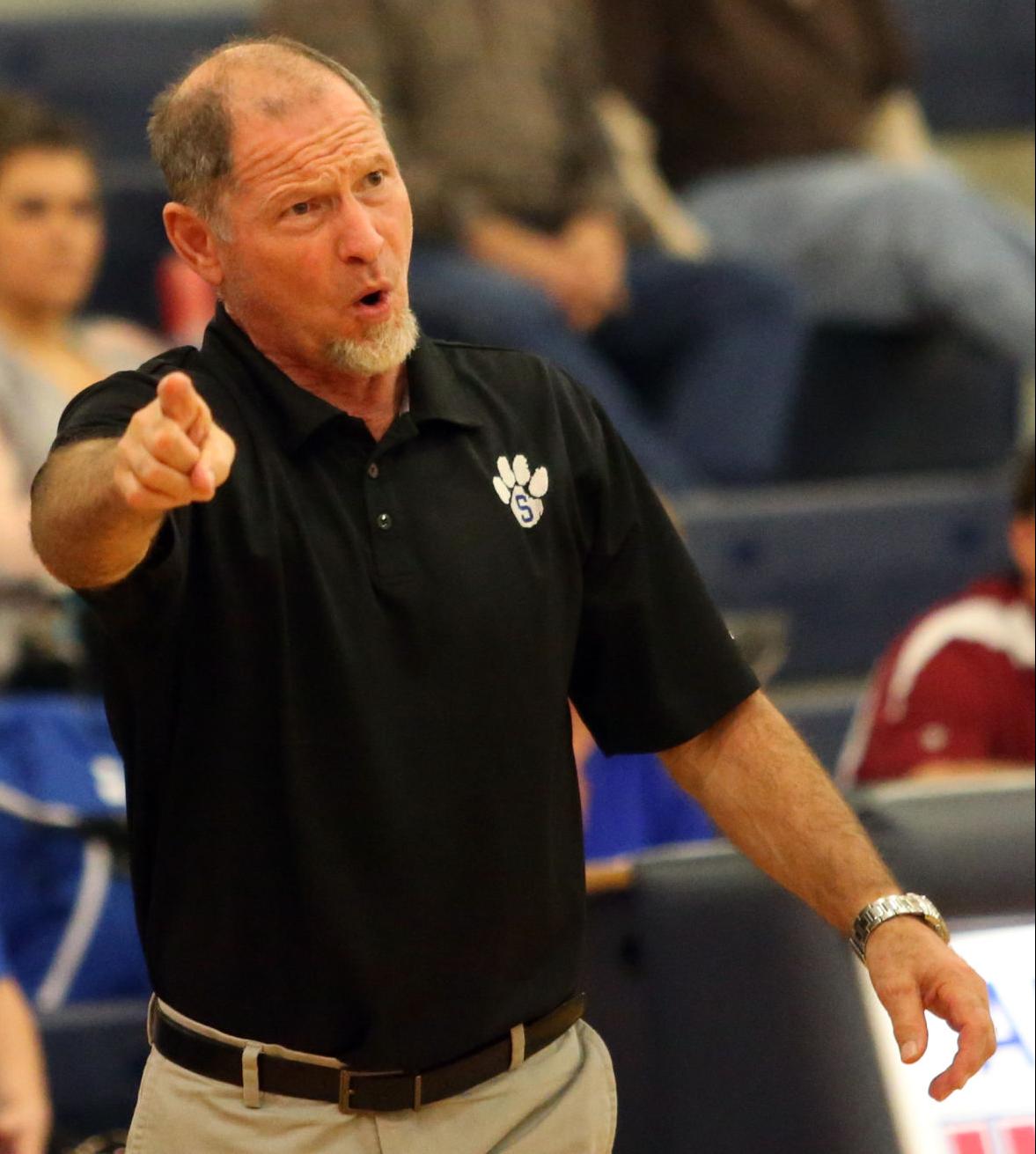 Mark Erdey coached at Springfield for 28 years, compiling over 660 victories and a state championship. 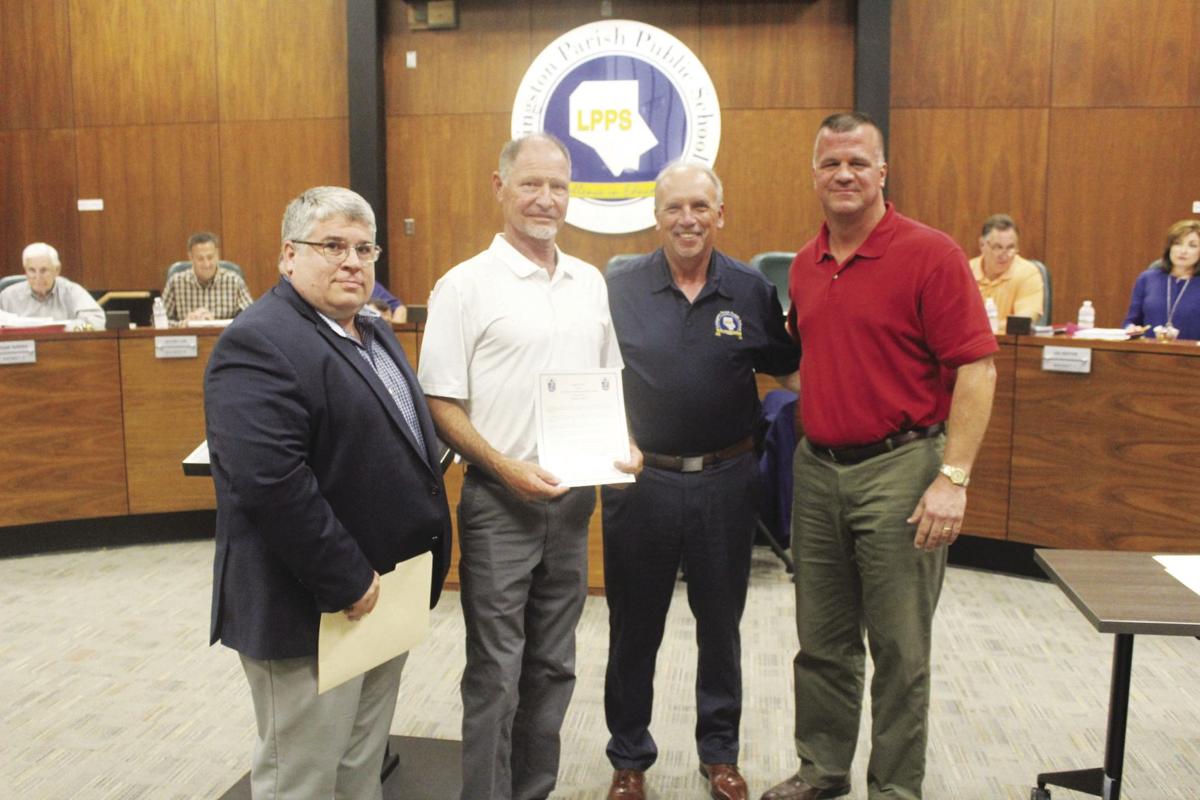 Mark Erdey spent a lot of time in the gym coaching the Springfield High basketball team to some of its greatest successes, so it’s only fitting the court will bear his name.

The Livingston Parish School Board approved a resolution at its Aug. 2 meeting that enabled Springfield to name the court after Erdey.

Erdey, however, said he couldn’t take all the credit for the honor.

“He (Springfield principal Spencer Harris) told me, and it kind of surprised me,” Erdey said. “I thought a lot about it, and really it’s more of an honor to a lot of my players that came though. I was a lucky guy to have such dedicated, talented players. We had a long run. I had a lot of success there, and it’s due mostly to those guys who put everything they had into it and made it happen.”

Harris said the gym floor is being repainted and resurfaced, making it a perfect time to place Erdey’s name on it. He said an official dedication will take place during basketball season.

“To find somebody that basically spends their entire professional life coaching in one place with the success and everything, he deserves it,” Harris said. “He had an impact on a lot of students, a lot of kids, basketball players, through those 28 years. To me, his name belongs on that court.”

Willie Chaney, who played for Erdey from 1996-2000, summed up his feelings this way:

“Coach Erdey is Springfield basketball,” Chaney said. “Basically, when people used to think of Springfield, they used to automatically just think basketball because of what Coach Erdey did to our program and the school.”

Erdey coached the Bulldogs for 28 years, making the playoffs 25 times with six parish titles, 13 district championships and three trips to the Top 28, winning a Class 2A state title in 1997 and finishing as state runner-up in 1996.

“We spent a lot of time in the gym, even during the summers I spent a lot of time up there with the kids, and some of those kids really bought into it,” said Erdey who compiled over 660 victories in his career. “I took them to go see championship games and they got excited about it, and they really wanted to do something like that, and we started working. I don’t know. The group I had made it happen.

Chaney recounted Erdey’s ties to the community as well has him giving players rides to practices and games and said a lot of the success those teams had began in practice.

“When went to practice, Coach Erdey used to just have to blow the whistle to change drills because everything was pretty much already set,” Chaney said. “We knew the routines. He’d been doing it for years, the same routines, and it worked.”

“That’s what it comes down to – you win games, you lose games, but you get to know these guys,” he said. “You spend four years with them, thousands of hours with them, and you really like to see them succeed. It comes down to the relationships. I’ve got guys that call me every Christmas and on Father’s Day because they think about me, and that’s what makes it all worthwhile.”

Erdey still attends games, and Harris and Chaney are hopeful that naming the court after him will help bridge different generations of players in the program.

“He’s still got a lot of life left, and people need to understand there’s been a big gap really since he’s coached. "A lot of our smaller kids, they don’t know the success that Springfield had and the fact that year-in and year-out, Springfield was one of the best teams (in the state),” Harris said, noting Erdey averaged 23-24 wins per season during his tenure. “Year-in, year-out, they were successful, and they played a certain way. They played a certain brand of basketball.”

Erdey, who thanked Harris and Springfield assistant principal John Chewning for making the resolution come to life, is well aware of what putting his name on the court means not only now, but for future generations.

“I said, ‘Wow!’ This is one of the biggest honors you can receive,” Erdey said noting Harris and Chewning both served as assistant coaches under him. “That court will be there for a long time. A lot of people will see that who have never even heard of me at some point. I’m kind of excited, but it’s also emotional.”