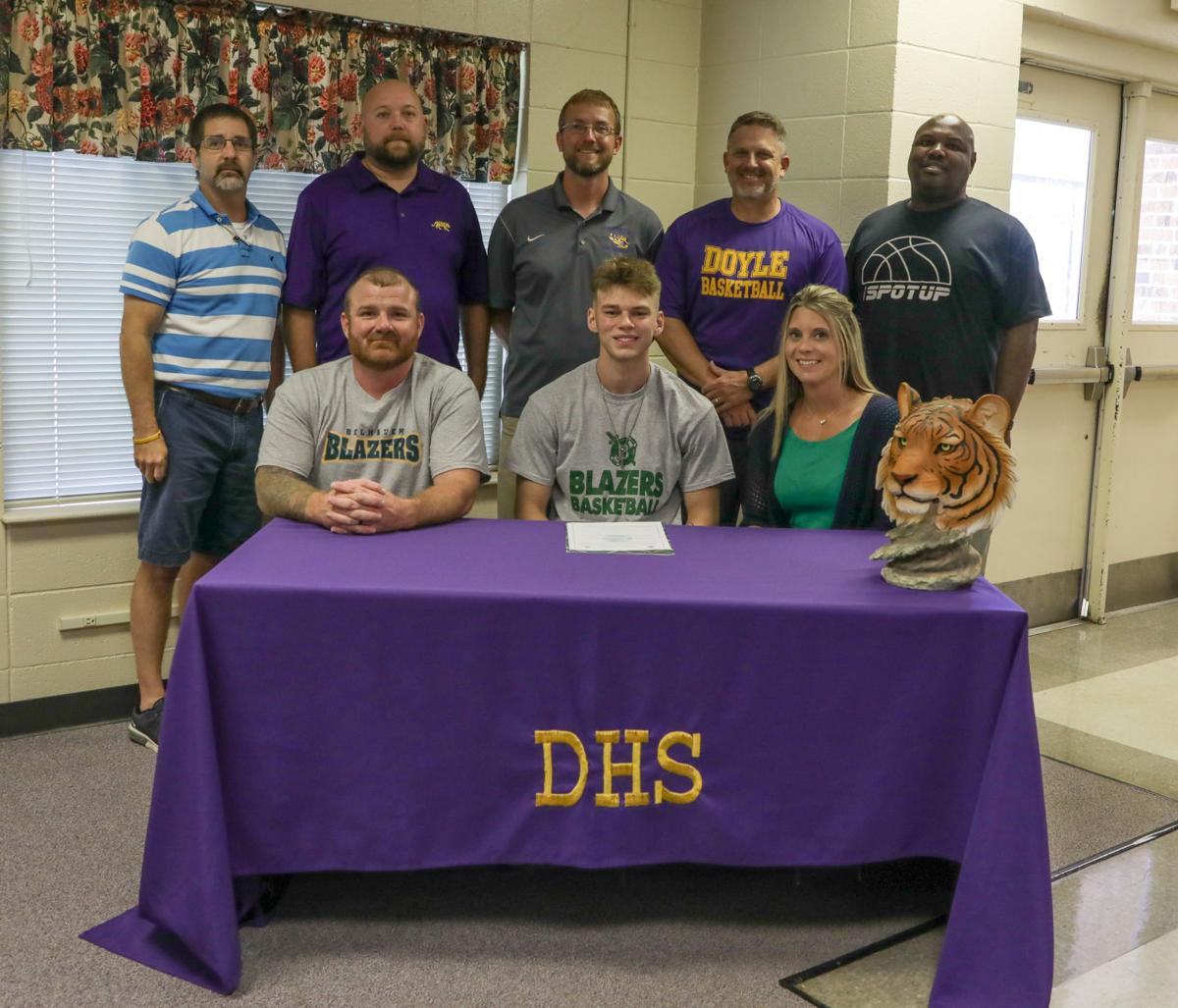 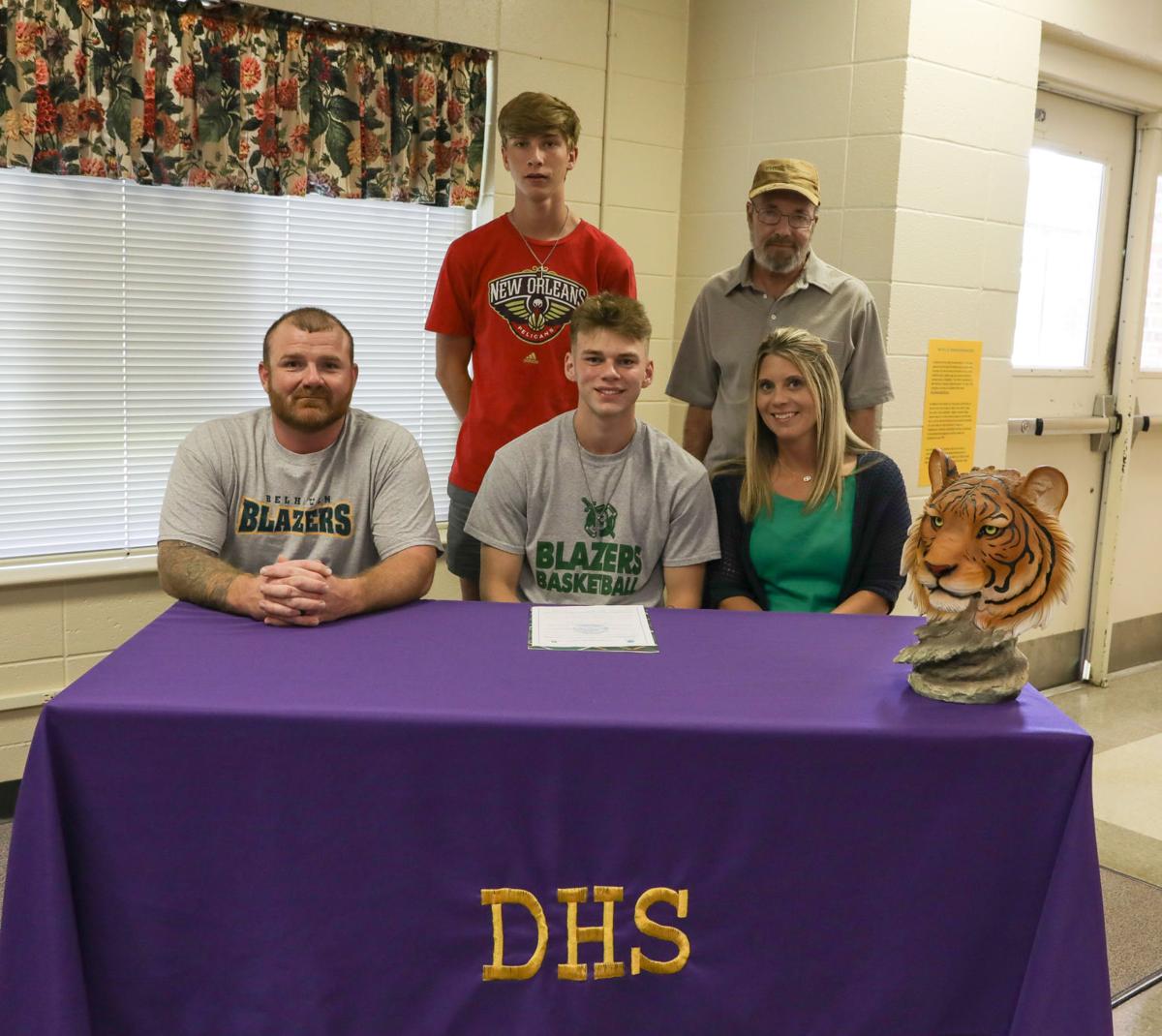 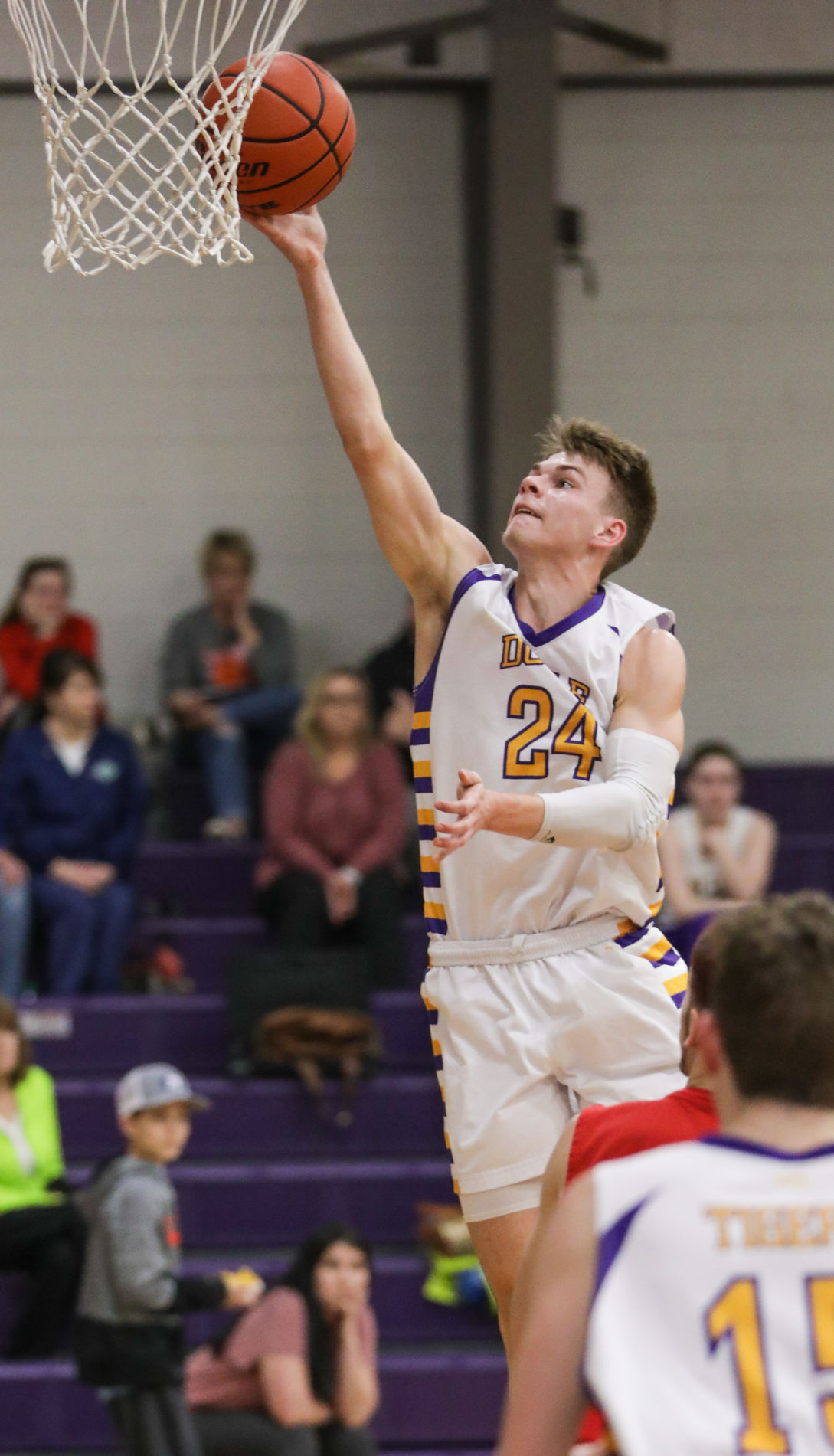 Doyle's Cameron Jones (24) averaged 12 points and 7.4 rebounds as a senior for the Tigers.

LIVINGSTON – After having made his way from the school’s library Wednesday afternoon where he had signed a college basketball scholarship with Belhaven University, Doyle High’s Cameron Jones gained some perspective on the occasion.

Prior to his signing, Jones was informed that Jarred Burgess was the last school’s last basketball scholarship signee with Mobile (Ala.) College – in 2002.

“That was the year I was born,” Jones said.

Doyle basketball coach Daniel Kennedy, who completed his seventh season at the school, acknowledged that Jones was his first signee and what the events of Wednesday could mean for his program.

“It gives the others something to strive for,” Kennedy said.

The 6-foot-3, 180-pound Jones was a versatile performer over the course of his career for Doyle, having started for three seasons.

He helped the Tigers to a 17-13 record and appearance in the Class 2A state regionals this past season, averaging 12 points, 7.4 rebounds and 1.2 charges taken per game.

Jones was voted to the All-Parish Small School Fab 5 and was a second team All-District 10-2A selection as a senior.

“He’s very talented,” Kennedy said. “You’re asking him to be part of a team and to do multiple things. He could have scored more if we had to have him do that. He could have probably had more rebounds. Overall, he was an efficient player. There wasn’t a circumstance either offensively or defensively that you didn’t feel comfortable with him.”

The thought of Jones playing basketball in college gained clarity during the summer of his sophomore year as a member of the ISPOTUP AAU team before moving to Hustle Hard Elite as a junior.

“I was playing against guys that were going places,” he said. “I thought I could go somewhere if they were.”

Kennedy credited the persistence of Jones during the offseason when he methodically worked on parts of his game and gained additional strength and jumping ability in the weight room.

Four years after entering his program, Kennedy watched the evolution of Jones into a player not only talented enough to play behind high school, but had the work ethic to match.

“He’s improved at everything, it wasn’t anything we did,” Kennedy said. “He got himself stronger, worked on his ball handling and worked on his shot. He’s very much was a self-made player. This is what he wanted to do and knew what it was going to take.”

Kennedy believes that same versatility that enabled Jones to play all five positions in high school will serve him well at Belhaven, which expects to have him play the off guard or small forward position.

One look at Belhaven’s system, which is predicated on averaging 45 3-point shots taken per game, was all it took to convince Jones he had found his home approximately two hours away in Jackson, Miss.

The Blazers of coach Jonathan Vines were 9-16 a year ago, but after playing in pick-up games against the majority of next year’s team, Jones feels as though success is on the way.

“I’ve seen them all play,” Jones said. “I didn’t know how their record was bad. I felt they were all really good players. We’ll have some seniors back. It looks good.

“I liked the style of offense,” Jones said. “The coaches were cool and I liked the team. They were guys I didn’t mind being around. I felt like I would blossom in that system and that’s a reason I wanted to go there.”

Belhaven didn’t get on Jones’ radar until Christmas time after having watched his highlights on social media. That began a recruiting process that included an official visit in April and a decision to attend Belhaven a month later over three other scholarship offers.

“When I came to school I realized no one had done it in a long time,” Jones said of signing a basketball scholarship. “When I saw AAU guys were doing that it kind of opened my eyes. Now the guys here know now it’s possible for someone to do it from our school.”