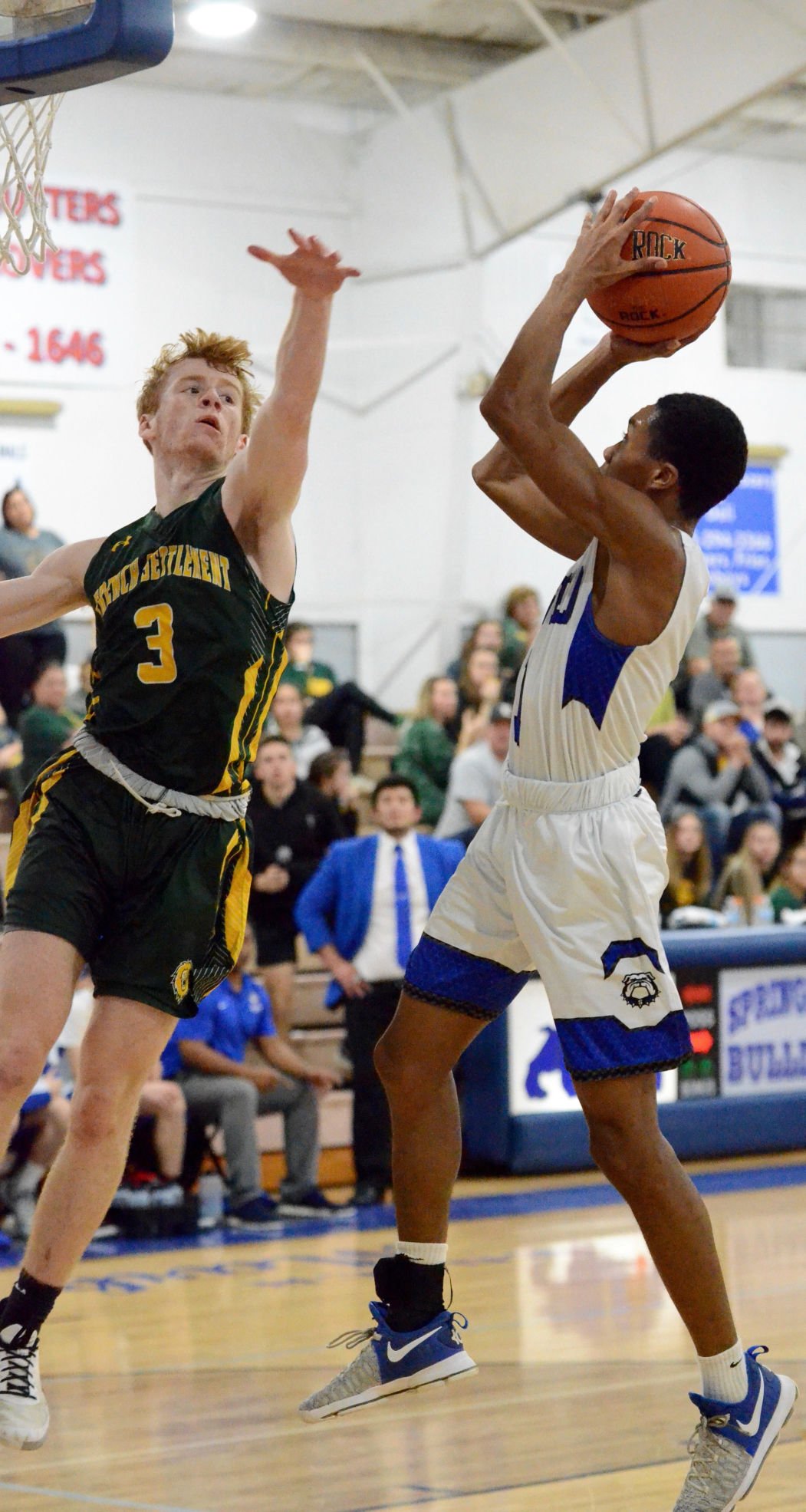 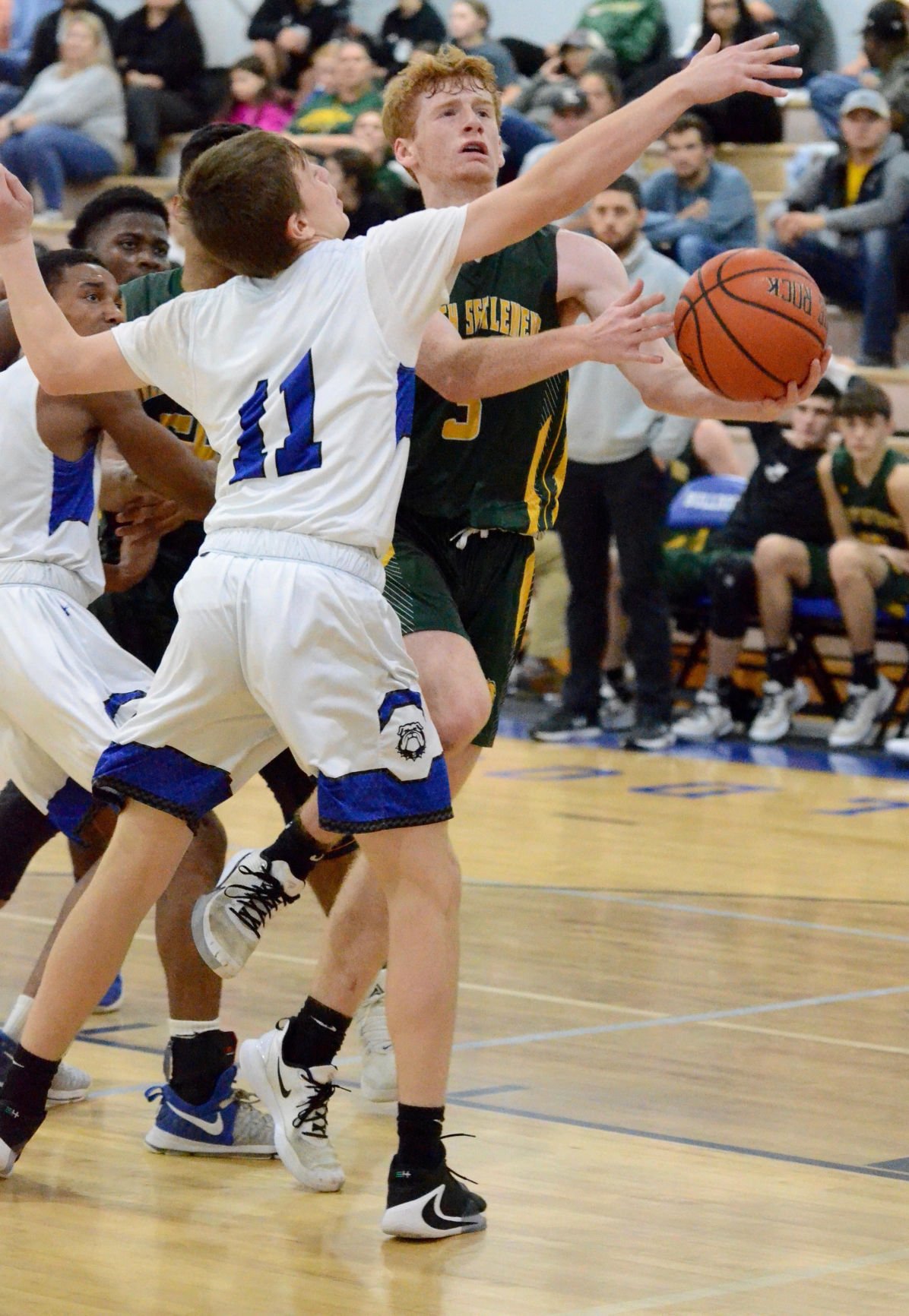 SPRINGFIELD – Springfield basketball coach John Hii finally got the game he’s been looking for from his team, while the road woes continued for French Settlement.

The Bulldogs used a huge third quarter run to pull away for a 65-49 win over the Lions in District 10-2A play Friday in Springfield.

“It’s been a process,” Hii said after the Bulldogs moved to 5-15 and 1-1. “We’re young, and the thing about being young is you never know who is going to step up, because there were four to five other players on the bench that it could have been their night. For whatever reason, the five that played were the five that played. We went over some game-planning and some strategy stuff. I would venture to say that this was the first time we were locked ready to play from tip-off.

“It is hard to complain after a big win like that for us because anybody that’s watched us knows that is the best we’ve played all year and it’s not even close,” Hii continued. “We just got it done. We got it done.”

Meanwhile, French Settlement dropped to 3-6 in road games this season.

“We just can’t figure out these road games yet,” FSHS coach Jake Bourgeois said. “I don’t know what’s going on. When we’re on the road, it seems like we can’t buy a shot – missed layups. We shot under 50 percent (10-for-22) from the free-throw line again. It’s tough.”

Gannon Allison answered with a 3-pointer to put the Lions back ahead, but Weathersby nailed a 3-pointer which keyed a 19-0 run by the Bulldogs.

Bradlyn McKay fueled the run with 11 of his 21 points, including three 3-pointers, the last of which put the Bulldogs ahead 48-28. McKay had five 3-pointers, and Springfield connected on nine as a team.

“You make a few and that rim gets pretty big,” Bourgeois said. “Give them credit. They knocked down their open shots. They took advantage of it. It’s a simple game. Whatever team makes more shots usually wins, and they made more than us and wanted it a little bit more than us, and you see the result. It comes in a loss.”

McKay was one of four players for Springfield in double figures, with Matt Grace and Will Taylor scoring 13 each and Weathersby adding 10.

“We’re extremely happy we could finally hit shots, and Bam especially right there in the last two quarters,” Grace said. “I was just happy we could all participate somehow. People were hitting shots. People were getting rebounds. We had a lot of good defensive plays, and this game was just a real good teamwork effort, and we all just came together in this one game.”

French Settlement’s Will McMorris stopped the run with a 3-pointer that cut the lead to 48-31 going into the fourth quarter.

“They started making everything, and our offense went completely cold, so it’s really hard to win and you’re not at all,” French Settlement’s Cedric Witkowski said on his 18th birthday.

Collin Hayden’s inside basket and Grace’s trey pushed the advantage to 53-31, and McKay’s layup made the score 59-36 before the Lions gradually cut into the lead.

Edward Allison hit a pair of free throws, and Draven Smith had a 3-pointer to get the Lions within 60-41, and Witkowski, who had all 13 of his points in the fourth quarter, went 4-for-4 at the line after he was fouled and the Bulldogs were hit with a technical foul to pull the Lions within 60-45 with 2:04 to play.

Witkowski, who went 7-for-12 at the line, missed a pair of free throws, and Springfield went 5-for-6 at the line during a 5-4 burst to close out the game in which Witkowski scored all of the points for the Lions, including a dunk at the buzzer.

The Lions led 19-12 at the end of the first quarter, but the turning point may have come after McKay’s putback cut the lead to 23-17.

With 5:48 to play, FSHS’s Jonas LeBourgeois hit his head on the court during a collision and didn’t return to the game.

“It was huge because they were denying Edward (Allison) full court and just trying to take him out the game,” Bourgeois said. “We did a really good job up until the point he got hurt of just attacking what they were giving us.”

From there, both teams struggled, with the Bulldogs cutting the lead to 23-21 on a McKay 3-pointer and a free throw by Taylor.

Edward Allison’s basket pushed the lead to 25-21, but Weathersby scored all of the points in a 3-0 burst to close out the half for the Bulldogs.

“That was a very good French Settlement team, and Jake does a great job,” Hii said. “It just wasn’t their night. They missed some ones that I’m sure that they make 90 percent of the time. They fought, they scrapped.

“It was a great team win for our guys,” Hii continued. “We don’t win without Bam’s (McKay) defense and his 21 points, but if you watched the game you know we needed all five players on the floor.”

French Settlement opened the game on an 8-3 run before Springfield cut the lead to two twice – the last at 11-9 on Grace’s basket – before McMorris, who had 11 points, hit consecutive 3-pointers during an 8-0 run which stretched the advantage to 19-9.

“Starting off games, I haven’t been shooting too great,” Witkowski said. “Tonight was tough. I think I only had one shot the first quarter, but my other guys were hitting shots to start off. As soon as Jonas went out, everybody just went cold pretty much, and our offense went stagnant.”

“We came out hot,” Bourgeois said. “We made some shots, and they were leaving guys who normally make shots wide open, and we just couldn’t knock them down. They were good shots. It’s just an off night. They made more shots than us in the end. You’ve got to credit them (Springfield). The coaching staff over there had a great game plan. I think they came out, and I think what made me the most upset is I felt like they wanted it more than us.”