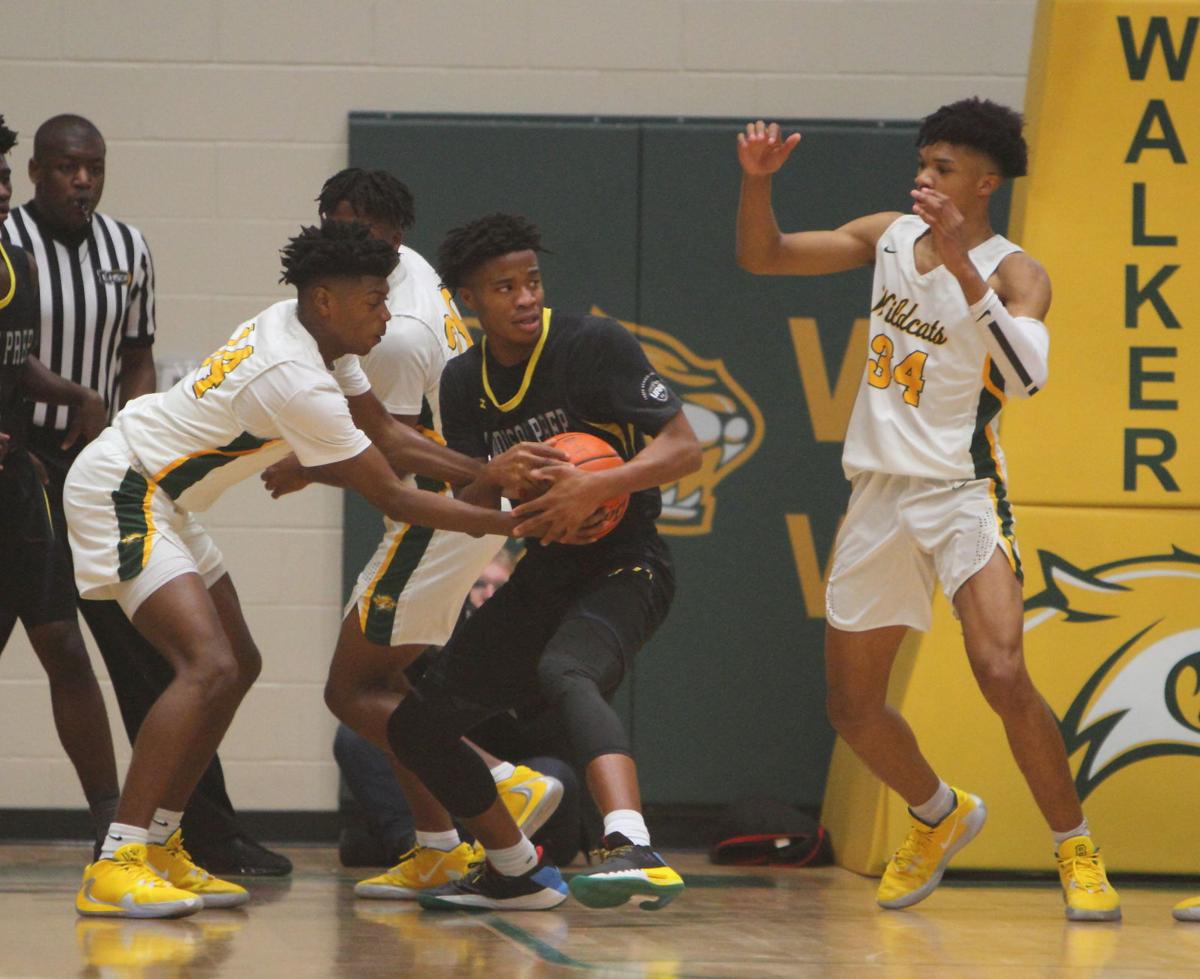 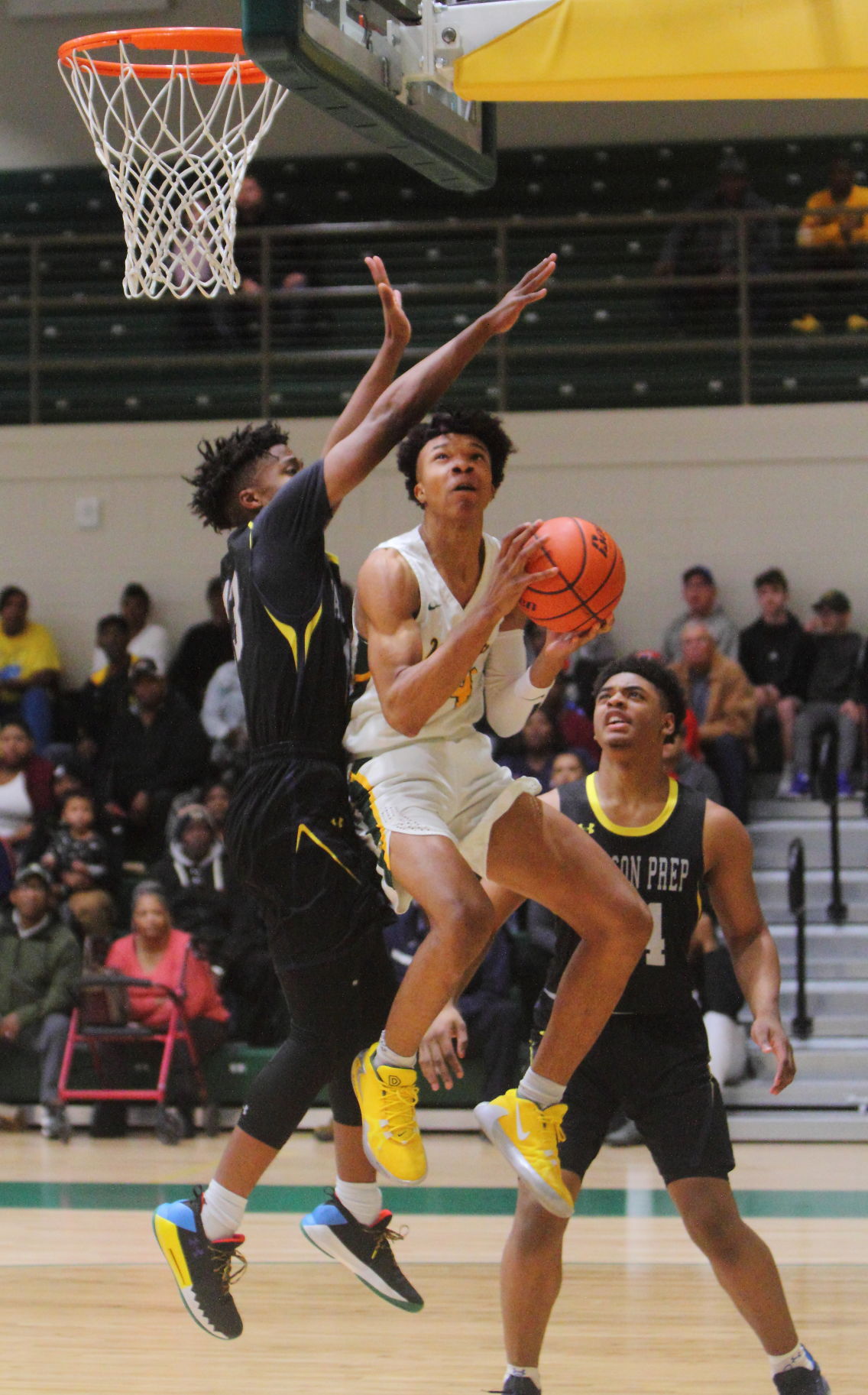 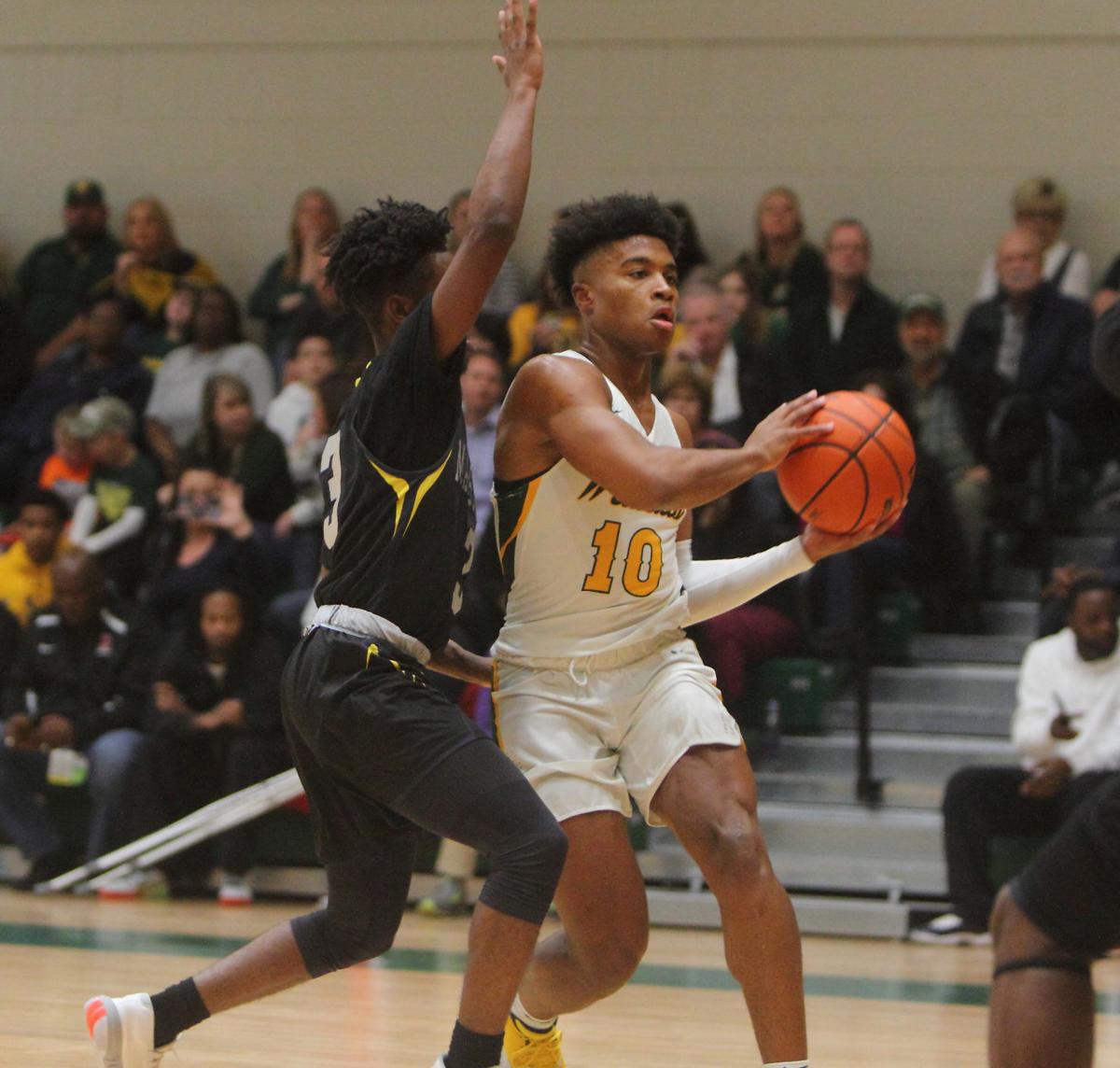 Walker High's Jalen Cook (10) poured in a game-high 31 points, including nine 3-pointers, to help the Wildcats to a 65-52 win at Central. 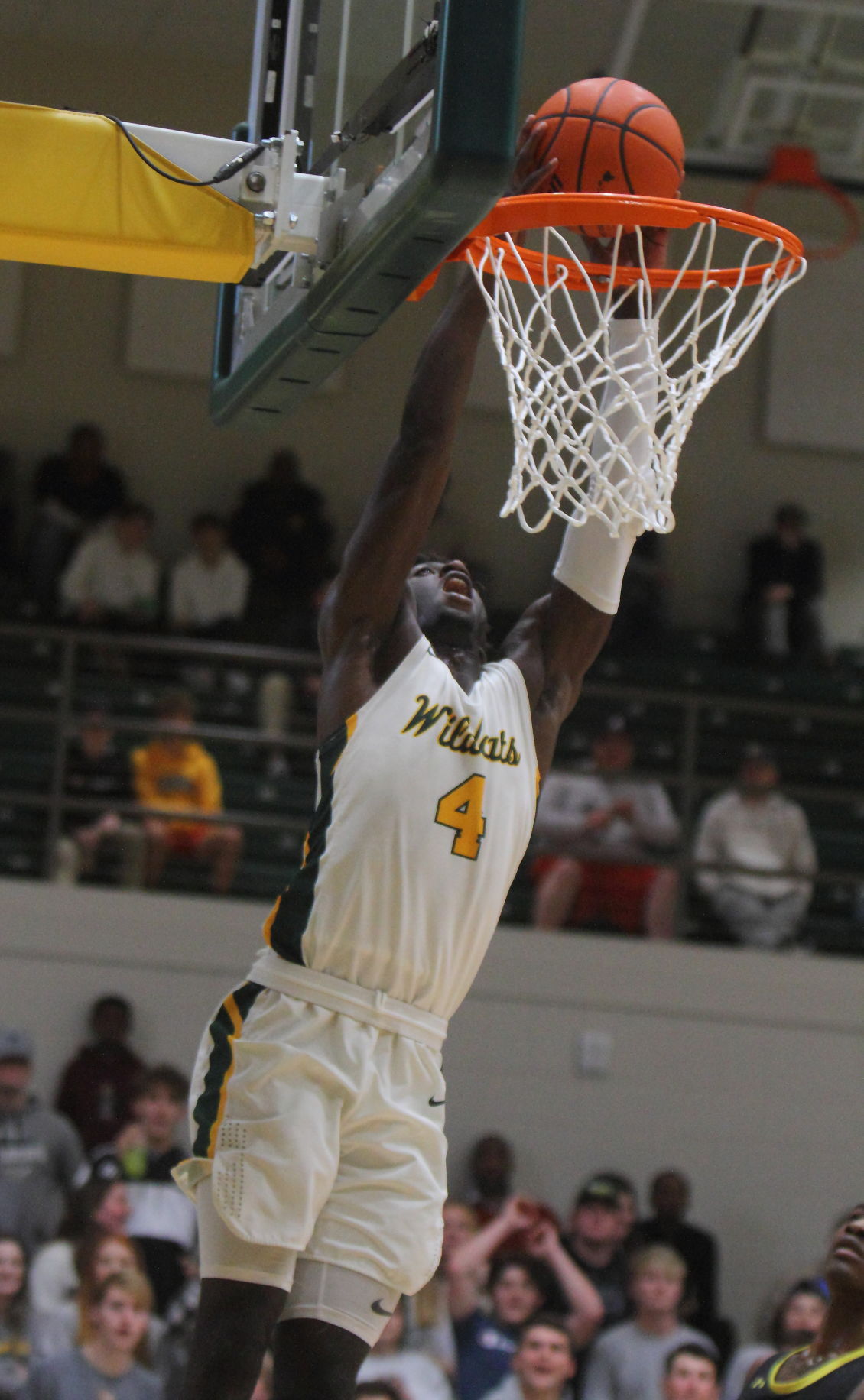 Walker High's Brian Thomas (4) gets a dunk on a fast break attempt in the fourth quarter.

Walker High's Jalen Cook (10) poured in a game-high 31 points, including nine 3-pointers, to help the Wildcats to a 65-52 win at Central.

Walker High's Brian Thomas (4) gets a dunk on a fast break attempt in the fourth quarter.

WALKER – Over a 1 ½ minute stretch of the second quarter Walker High’s Warren Young Jr. found himself in almost the exact same spot on the floor.

In each instance Young could hear a season-long directive from coach Anthony Schiro echoing through his head.

“My coach just told me if I got open to shoot it,” Young said. “He always tells me to be aggressive and to shoot it and my teammates found me.”

Young may have represented the biggest turnaround in Walker’s ability to turn a five-point defeat at Madison Prep Academy nearly three weeks ago into a solid 65-58 victory Tuesday at home.

In his team’s setback in the final of Madison Prep’s “Rumble on the River”, Young scored a single basket in a game dominated offensively by Jalen Cook’s season-high 46 points.

With Wildcats (13-3) leading by three points after Cook’s banked 3-pointer, Young enjoyed arguably the finest moments of his freshman season with three consecutive 3-pointers – all from the right wing in front of Madison Prep’s bench.

Young’s play proved pivotal in a 12-0 run that stretched Walker’s lead to 33-21 – a spurt Madison Prep (9-4) didn’t recover from. The visiting Chargers never got closer than four points the remainder of the way.

“I think you saw his confidence level rise in this game after he hit those shots,” Schiro said of Young, who finished with 13 points. “I’ve been telling him all year long if you’re open, don’t be afraid to take the shot. He’s a shooter and he can hit it.”

The second-quarter surge, in which Walker outscored Madison Prep 20-10, resulted in a 37-26 halftime lead with Cook’s steal and layup at the buzzer capping the quarter.

Just before that Cook, an LSU signee, watched Young’s 3-point barrage begin with 4:02 to go in the quarter, followed at the 3:14 mark and finally with 2:35 showing which was courtesy of Cook’s assist.

“I’m very high on him,” Cook said of Young. “His shot is pretty. Every time it leaves his hand, I’ve got confidence it’s going to go in. He just kept playing hard. He just stepped up big.”

Cook scored 17 of his game-high 27 points in the first half, while Brian Thomas exploded in the second half with 13 of his 17 points. Both players each scored six points during the fourth quarter to cement the victory.

“The last time it was in a tournament and we played a lot of games before,” Cook said of his team’s Dec. 21 game against Madison Prep. “This time we had a chance to prepare for a big team like that coming in. We just made open shots, played hard, played defense and kept our foot on the pedal.”

Walker yielded a season-high 93 points in its first matchup with Madison Prep, which made seven 3-pointers and hurt the Wildcats with its offensive rebounding.

“We played a lot of help-side defense, daring them to shoot the ball,” Cook said. “We just played hard. We had to rotate a lot for the bigs, had to box out and we came through.”

Madison Prep had a decidedly bigger lineup with the addition of 6-foot-8 sophomore Quency Wiggins to pair with 6-9 sophomore Percy Daniels.

The duo combined for eight of their 15 points in the first quarter, but it was Walker’s ability to speed up the game’s tempo that wound up rendering both players ineffective the rest of the way.

“I could tell midway through the first quarter the big guys couldn’t keep up,” Schiro said. “That’s why I was urging our guys to run them, and I think that took a toll on them a little bit.”

Daniels scored seven of his nine points in the first half and Wiggins, who added six, only had a putback at the end of the third quarter to reduce Walker’s lead to 46-39.

MPA made one final run during the fourth quarter, twice cutting Walker’s lead to five points – the final time at 60-55 left – when Young drove from the perimeter to the goal for a key layup with 63 seconds remaining and helped turn back the Chargers.

“I’ve seen his confidence grow game by game and he got going early and his confidence was there,” Schiro said of Young. “He finished around the rim and did a lot of good things for us. We knew he could do it.”