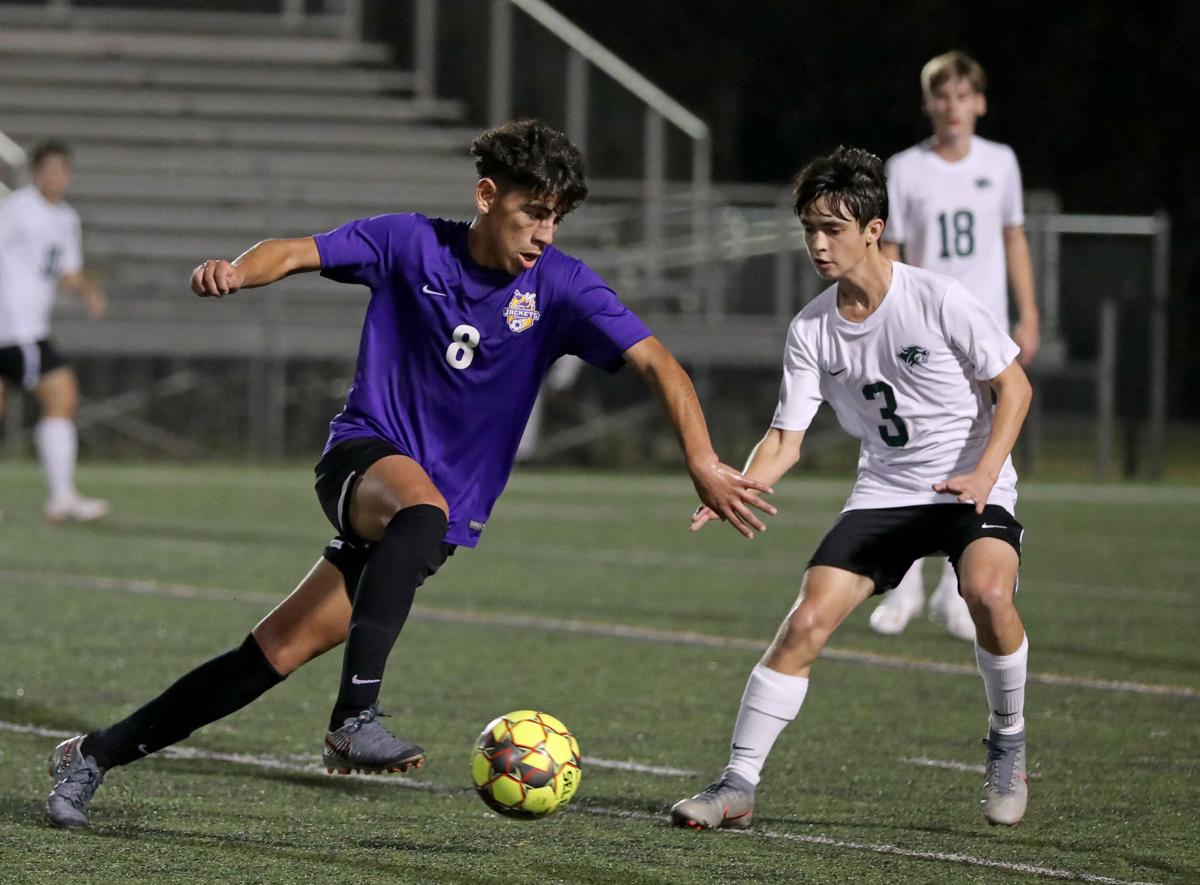 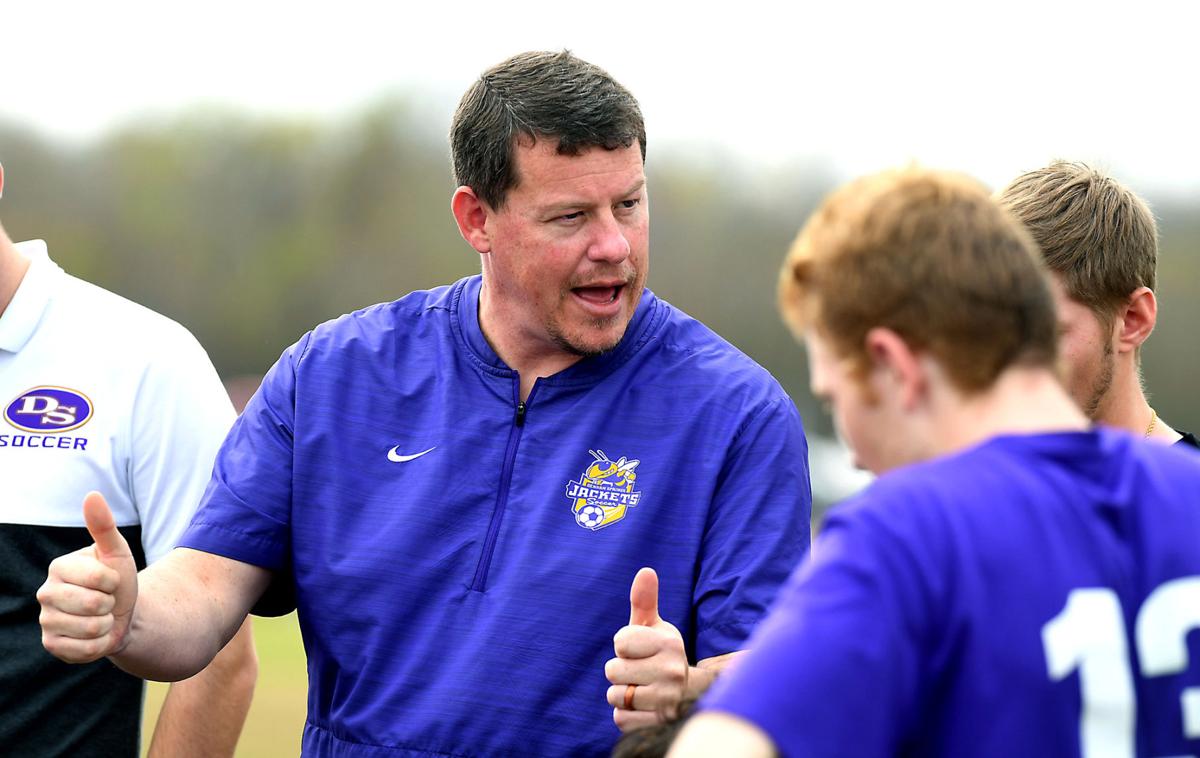 Denham Springs High soccer coach Chris Thorne guided the Yellow Jackets to a 18-7-1 record during the regular season, the District 3-I championship and a No. 2 seed in the upcoming Division I state playoffs - the highest in school history.

Denham Springs High soccer coach Chris Thorne guided the Yellow Jackets to a 18-7-1 record during the regular season, the District 3-I championship and a No. 2 seed in the upcoming Division I state playoffs - the highest in school history.

As the players later explained they simply had nothing to offer following a 4-0 victory over St. Thomas More, helping the Yellow Jackets wrap up their first district championship in five years by virtue of having a higher power rating than Catholic High.

“I expected the bus trip home to be off the chain, but they were calm and quiet,” Thorne explained. “I wondered what was wrong. They said coach, ‘we’re just tired. We gave it all we had’. I told them certainly earned it.

“It wasn’t a lot of pomp and fanfare,” Thorne said. “It was kind of a business mentality. We did what we needed to do. That’s a lot of maturity from a young team. They were focused from the beginning. They came out strong, executed well and got the result we needed.”

The victory helped Denham Springs (18-7-1) lock down a No. 2 seed when the LHSAA released its pairings for the Division I state playoffs Wednesday – the highest in school history after a No. 5 seed a year ago.

The Yellow Jackets received a first-round bye and face the winner of Friday’s Grace King-Slidell match in next week’s regional round.

“To earn the No. 2 seed, I’m still in shock, kind of taken back with that,” said Thorne, referencing the complexion of this year’s team with nine sophomores playing prominent roles compared to last year’s group with 12 seniors. “If you would have told me, we would be No. 2 before the start of the season, I would have laughed at you.”

Not only was the No. 2 seed a reward for a challenging schedule, but Denham Springs finds itself on the side the bracket opposite No. 1 St. Paul’s, No. 4 Dutchtown, No. 5 Jesuit and No. 9 Lafayette.

Denham Springs had won 12 of its last 13 matches going into its final two home district matches with an eye on claiming its first district title since the 2014-15 season.

The Yellow Jackets, who lost second-leading scorer Axel Agurcia in the 20th minute to a red card, suffered a 6-1 defeat to Catholic High, their first in district play. They were forced to play their home finale against Zachary without Agurcia, who served a one-game suspension, and rallied with a header from Blaze Restivo in the final five minutes for a 1-1draw.

The Yellow Jackets took a narrow lead over the Bears in that category into the match against St. Thomas, which received the No. 2 seed in Division II and entered the game with a 14-3-1 record.

Agurcia returned to action with a vengeance, scoring twice as part of DSHS’ four-goal onslaught in the first half with Luke Turner and Will Chevalier each contributing to the team’s scoring.

“It was a combination of two things: first, we played the best half of soccer we’ve played in a while,” Thorne said. “The kids just came out with a playoff feeling of just going for it. Axel coming off the suspension for the red was huge. Second, they were down a couple of players. Unfortunately, their school was hit with the flu and one of them was a starter.

“In the second half it was an evenly played match,” Thorne said. “It was just a tale of two halves. In the first we came out and completely dominated and did everything we wanted to do. In the second half, was just kind of cruise control to get to the end of the game. I feel like a weight’s off our shoulders. With Axel having to sit against Zachary, I feel like the kids got what they earned in my opinion. That was a big exhale, a relief feeling.”

Thorne was also complimentary of his defensive effort and play of goalkeeper Tyler Burkett but heaped plenty of praise on his midfield for helping the Yellow Jackets register their fifth shutout of the season.

“The midfield worked really hard and took a lot off of them,” Thorne said of his back line and Burkett. “They’ve been a strong point for us all year and made it really difficult for St. Thomas More to possess. I take my hat off to the midfield for making the defense’s life much easier.”