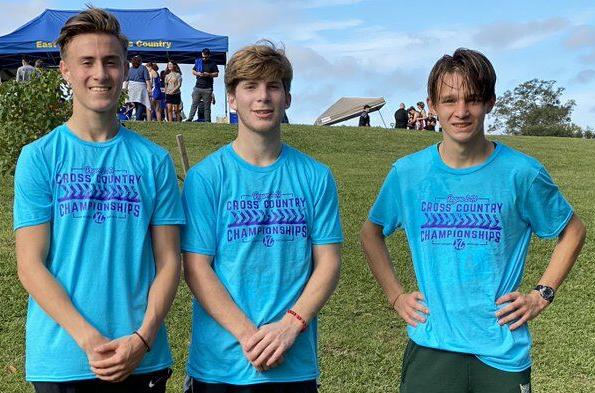 Denham Springs finished sixth in the boys team standings at the Region II, Class 5A meet to qualify for state, while Live Oak was eighth.

“Mike’s looking to finish the season really strong, so we want to go out and see if we can get top-10 in 5A and finish All-State, so they need to go out and do what they can do,” McLean said.

The Yellow Jackets will be without Brennan Amato, who sustained a season-ending injury the day after regionals.

“He’s been my backbone and the core of the team since his sophomore year when he came out, so whether it’s COVID or something else, you never know when your last race is going to be, so somebody else is going to have to step up,” McLean said. “This, of course, is a little bit different than other sports because you don’t get to hide with times and things like that. We’re going to take a hit, but they’ve got to go out there and still race.”

Walker will be represented by Jacob Kennedy in the boys race and Ava Pitarro and Avery Guidry on the girls’ side.

On the girls side, Live Oak was fourth in the team standings and DSHS was seventh. McLean said it’s the first time the Lady Jackets have qualified for the state meet since the qualifier started in 2016.

In Class 3A, Albany’s Cayden Boudreaux is coming off a first-place finish in the Gold race at the Northshore Metro championship in a time of 18:55.94. Teammate A’mya Taylor was 10th in 21:35.37

“Hannah has really improved this year,” McLean said, while noting Beuche dealt with a respitory infection and a calf strain during the season but is ‘ready to go’ for the state meet. “We want to see her go sub-20, and I think that puts us in a good position.

“We’ve had some big races from the girls but really want that top-5 for it all to come together,” McLean said. “I want to believe that we can be top 12 in the state. I think we could be in the top half. You’re going to have about 24 schools racing. All of my top five have all raced near 21 or under 21, and so if that group can stay close together and not have the number five fall back, then there’s a really good chance when you’ve got such a big group of girls, that you can keep your points together essentially.”