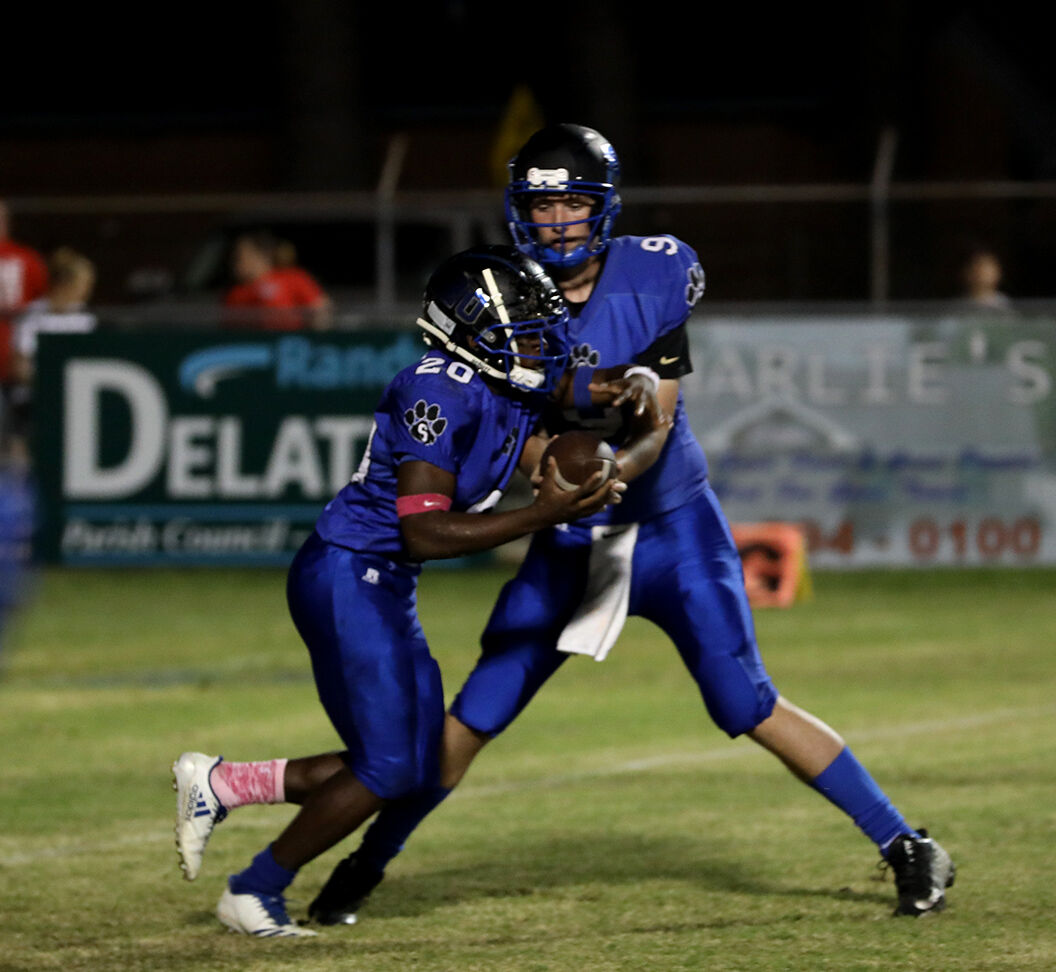 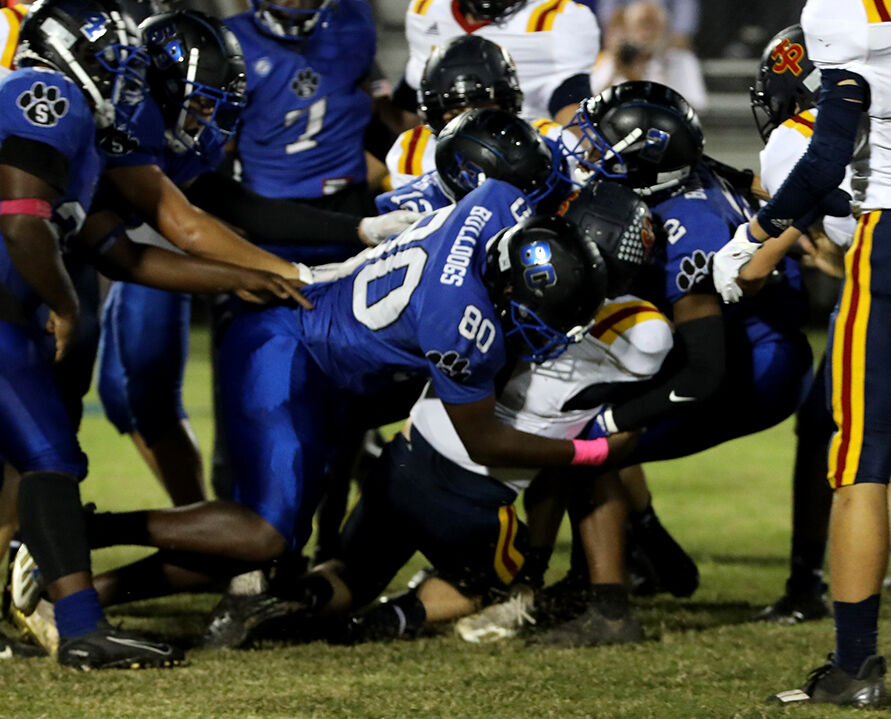 The Springfield football team got exactly what it needed at this point in the season.

It took a little drama to get there, and Jatoris Buggage continued his stellar season, rushing 346 yards and five touchdowns on 23 carries in a 42-34 homecoming win over Pope John Paul II on Friday.

“It’s a huge game for us, especially coming off the game last week with St. Martin’s, where I just felt like our effort, our motivation, our will, had kind of been broken,” Springfield coach Ryan Serpas said. “To see the kids fight back and really do a great job on Friday, it was great to see and to know that they’ve got that much fight in them.

“We kind of fed off this being the first district game we’ve played in two years,” Serpas continued. “That had a little bit to do it and just getting started in the district portion of our schedule, kind of separating it into that second half of the season where hey, this is where we need to rev up and turn on another gear. I’m glad that the kids bought into that, and it showed. We were able to fight and come off with the win.”

The Bulldogs led 36-28 late in the game when PJP scored with roughly 1:30 left in the game. The Jaguars went for two points, made the conversion, but a holding penalty wiped out the play.

PJP was unable to convert on the second PAT attempt.

The Jaguars tried an onside kick, which the Bulldogs recovered. PJP had all of its timeouts left, so the Bulldogs went to their ground game to chew the clock.

The possession ended in a 15-yard touchdown run from Buggage to cap the scoring.

“I was trying to get it in a situation where we could just get in and kneel, but with all their timeouts, I had to continue to run offensive plays, and (Buggage) was able to break one to get that late score,” Serpas said.

PJP got the ball back, but Britton Allen got an interception to seal the win.

The Bulldogs rallied from a 14-0 deficit as PJP forced a Springfield punt to open the game and scored on a 65-yard drive to take a 7-0 lead.

Springfield was unable to convert on a fourth-and-1 on its own 45, setting up a six-play scoring drive that was capped by a 3-yard run for a 14-0 lead.

The Jaguars answered with a 65-yard drive, 10-play scoring drive to push the lead to 21-6.

On the first play after the ensuing kickoff, Buggage had a 75-yard touchdown run, and Nick Fletcher’s run on the two point conversion cut the lead to 21-14.

“That’s a pretty good stat line,” Serpas said of Buggage’s outing. “I don’t care who you are at what level. The kid did a great job. That’s a credit to our offensive line too. After last week, that was one thing that we kind of challenged our offense line … We kind of told them, ‘Guys, hey look, you’re supposed to be the strength of our team, and we’re allowing things to happen up front here that shouldn’t be happening, so we’ve got to figure this out and you guys need to understand that we’re only going to go as far as you guys can take us.’ Our offensive line did a great job. They opened up big holes for him. He kept his feet moving. He’s a powerful kid with a low center of gravity, so he’s very hard to take down.”

Ayden McAlister recovered a fumble, setting up a scoring drive for the Bulldogs as quarterback Luke Husser completed five passes. The drive ended with a 12-yard TD pass from Husser to Allen, and Fletcher’s two-point conversion, which put the Bulldogs ahead 22-21 at halftime.

“Ultimately, I think Jatoris, our offensive line, and Luke really had good games offensively,” Serpas said after Husser started at quarterback for the Bulldogs. “For a freshman, he did a great job of running the offense and made some good really good decisions. Even the interception was a ball that was tipped. He didn’t throw it right to the kid or anything like that. It was just a situation where one of our kids went to catch it and it went off his hands and kind of just found a way into one of their guys’ hands. We were pretty smart with the football other than that, did a great job of fighting back and not giving up.”

PJP opened the second half with a 55-yard run, but Allen chased the runner down, making a touchdown saving tackle. On the next play, the Bulldogs forced and recovered a fumble.

The drive ended in an interception at the PJP 43-yard line, which the Jaguars turned into a touchdown to go ahead 28-22.

“We kind of struggled all night defensively to get stops,” Serpas said. “They did a real good job in their run game of just keeping their feet driving, and they got big play after big play. We were committing eight, nine guys in the box, and we still were struggling trying to get them down. Credit their offense, their coaches for having a good game plan against us.”

Buggage busted a 25-yard TD run on the next Springfield drive, and Fletcher had the two-point run, putting the Bulldogs ahead 30-28.

Buggage had a 24-yard touchdown run in the fourth quarter, to make the score 36-28.