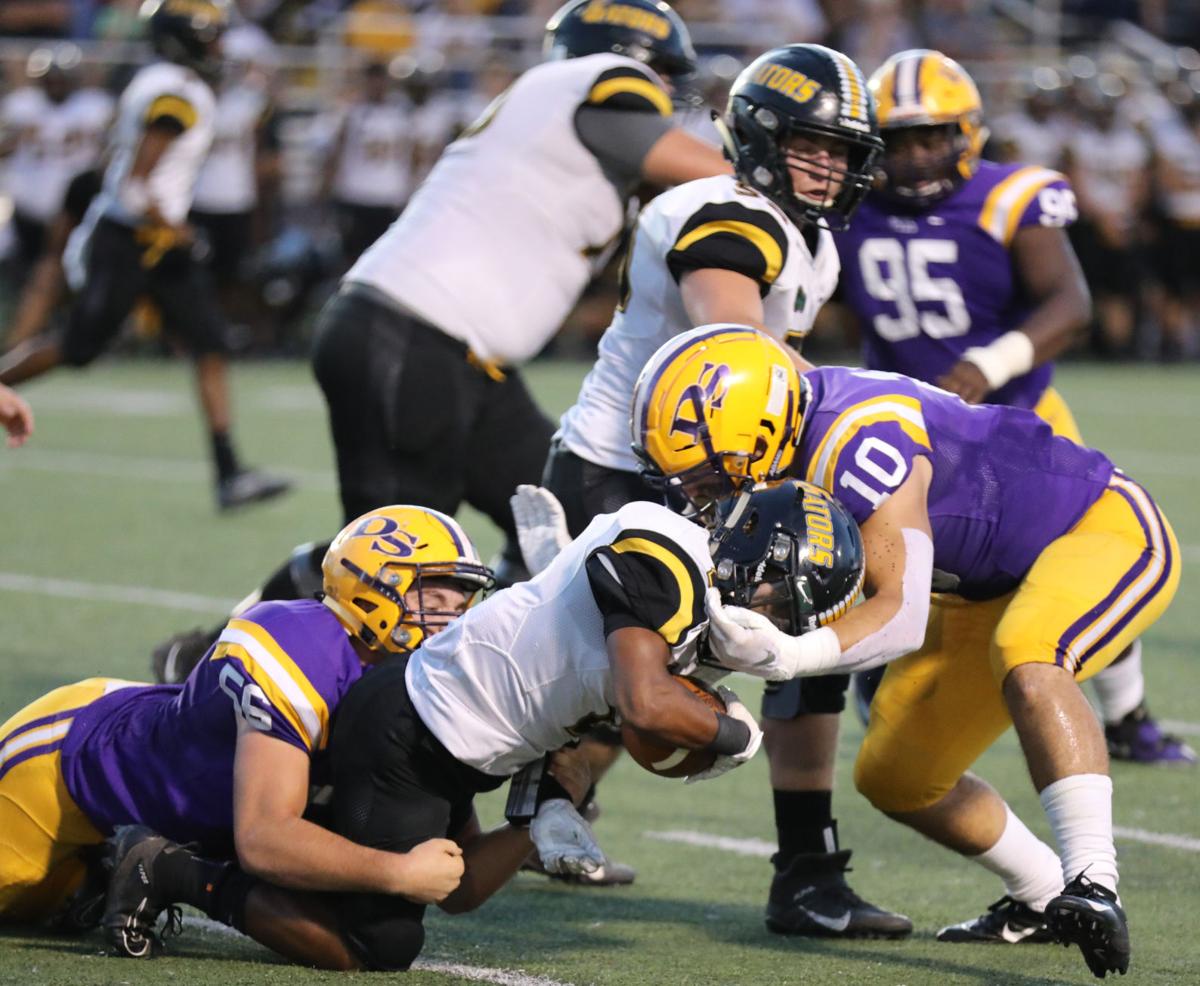 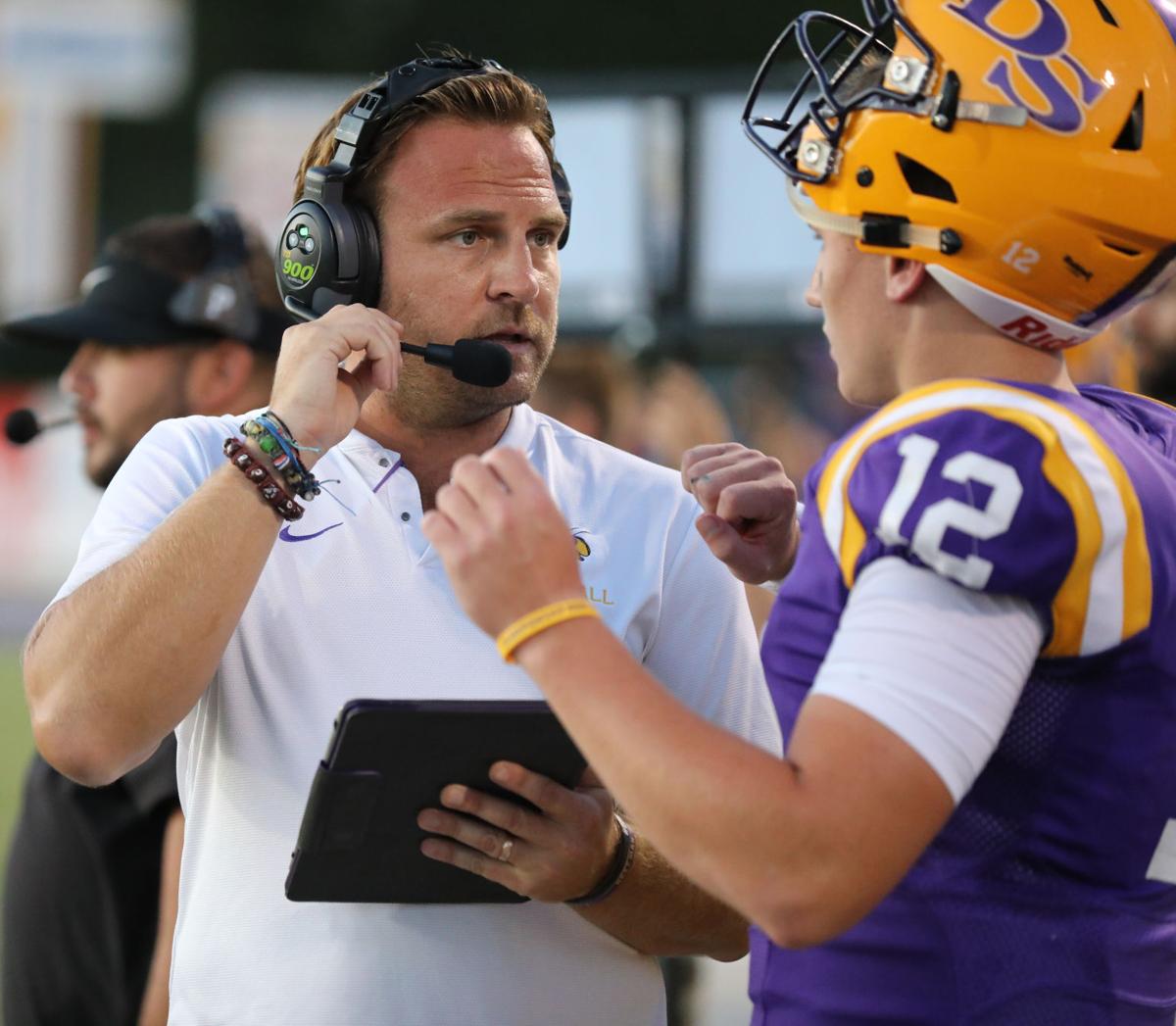 Denham Springs coach Bill Conides: "The kids have never quit. They’ve fought like warriors and that’s all you can ask for."

DENHAM SPRINGS – Some team’s choose to move on from their most lopsided defeats in different methods.

Some flush it, while others – in the case of Denham Springs – opted to burn it.

Two days following a 70-21 setback at the hands of Westgate – which officially ended the non-district portion of the schedule – each player and coach associated with the Yellow Jackets were handed a sheet of a paper entitled: Regrets, with the opponent and the score listed from their previous five games.

They were asked to write down their disappointments from those respective games, hand it third-year coach Bill Conides who wadded up the paper and tossed it into a nearby fire pit outside the end zone at their home field.

The exercise was aimed with two objectives in mind: effectively bury the past, while trying to create a clean slate heading into the start of District 4-5A play when Denham Springs (1-4) travels to Central (5-0) at 7 p.m. on Friday.

The game can be heard, starting with the pregame at 6 p.m. on Family Radio, 91.9 FM, Baton Rouge and on the Internet at JonFineProductions.com.

“We literally burned it. It’s done, we’re 0-0,” Conides said. “As long as we can learn from our mistakes and not make those mistakes again, we can chalk it up. We’ve got to get it out of your psyche. You have to and try and go 1-0 from here on out. It’s one thing to say it and to truly and honestly believe in it. That’s hard to try and motivate 120 people to put it in the past and look forward.”

“I think everybody had regrets from the last couple of weeks and we had to move past that,” said Duhe, the team’s leading tackler with 47 stops – a number that ranks him second in the parish. “People were living in the past and thinking, ‘what if’. We’re trying to focus on what’s still ahead of us.

“The playoffs are still right here,” Duhe said. “We’re looking at putting the whole (first part) of the season behind us. We’re looking at this as a new season and district’s starting. This is a big rivalry game so we think that will spark us all to get us started and have a turnaround at this thing.”

The 72nd renewal of the Denham Springs-Central series is three weeks earlier than previously in the past two-year scheduling cycle.

But the Yellow Jackets find plenty of similarity in facing the Wildcats in Week 6 this year as they did the next-to-last week the last two years, looking for a catalyst to jumpstart their season.

"We’re looking at this as a new season and district’s starting. This is a big rivalry game so we think that will spark us all to get us started and have a turnaround at this thing." - Denham Springs senior linebacker Tristan Duhe

During his first two seasons at Conides found his teams squarely on the postseason bubble entering the Central game and were able to deliver wins of 34-6 and 38-28, respectively, to catapult them into the playoffs.

Moreover, when Denham Springs rallied a year ago, it led the Yellow Jackets to a first-round road playoff win over Sam Houston and hosting and pushing Acadiana to the brink in a 38-37 regional loss.

“We were on the fence of making the playoffs and after we won that game, we caught fire and went on a run,” Duhe said. “That’s what we’re hoping for this week. Hopefully get a big win, get everyone’s confidence back and go on a run.”

Central, led by senior quarterback Sam Kenerson (a South Alabama defensive back commitment), has an average margin of victory of 35 points that included a 41-17 win last week over Plaquemine.

To help with combatting Central’s explosive offense, senior outside linebacker Kaydon Berard (22 tackles, 15 tackles for losses) returns to the DSHS lineup after missing the Westgate contest.

The Yellow Jackets offense is also expected to be bolstered by the return of junior wide receiver Troy Golmond (7-124, 2 TDs) from the flu, while freshman running back Cam’Ron Kelly (66-274), who left the Westgate game with an injury, is expected to be in the lineup.

“I have no doubt that we’re going to put the past behind and have a good week of practice,” Conides said. “The question is, when we are faced the first strain of adversity. I’m very excited to see how they respond. We’re not going to play a perfect game, but how we respond from giving up a touchdown or giving up a turnover will tell us a lot about our character and where we go from here.”