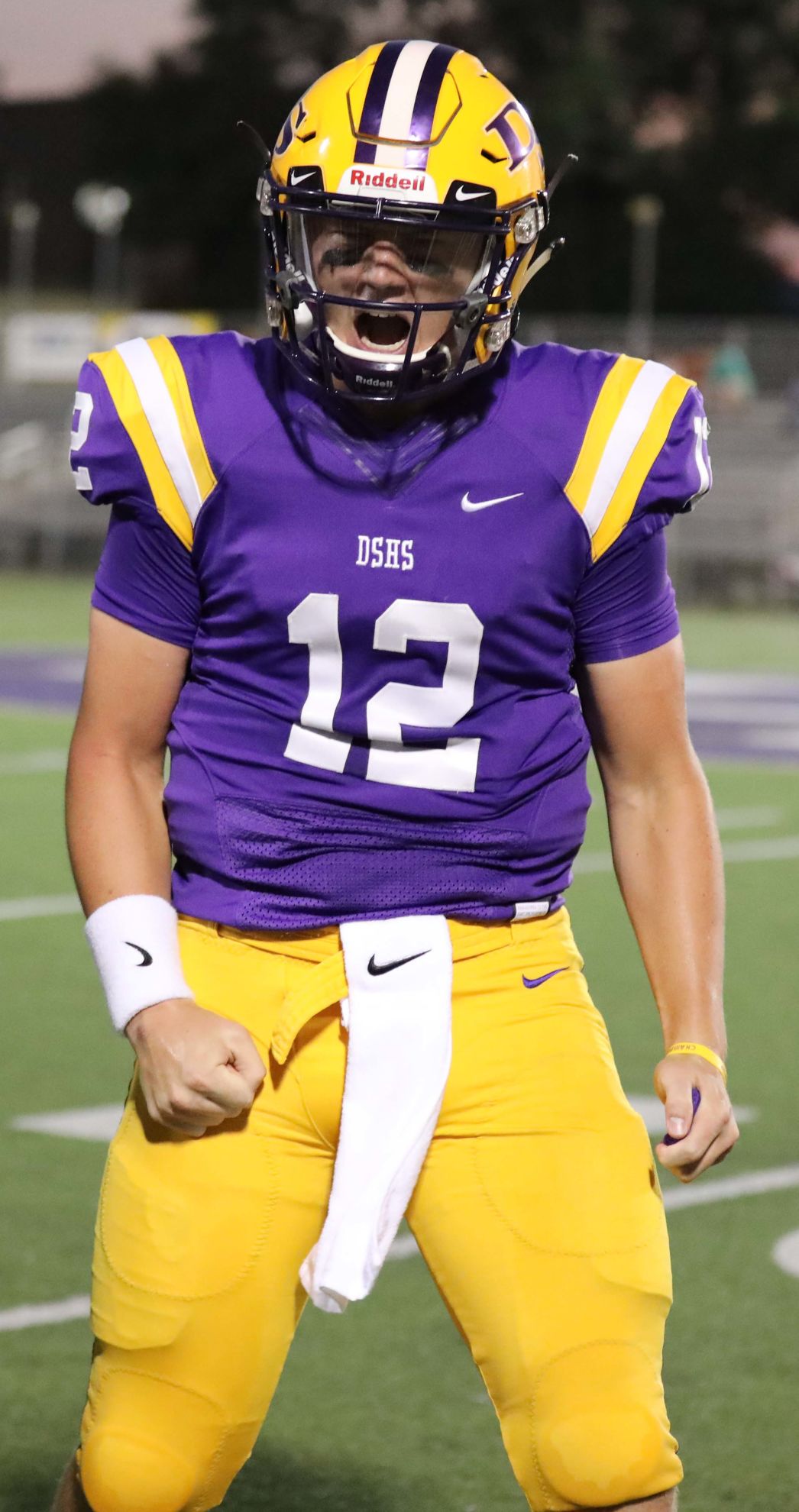 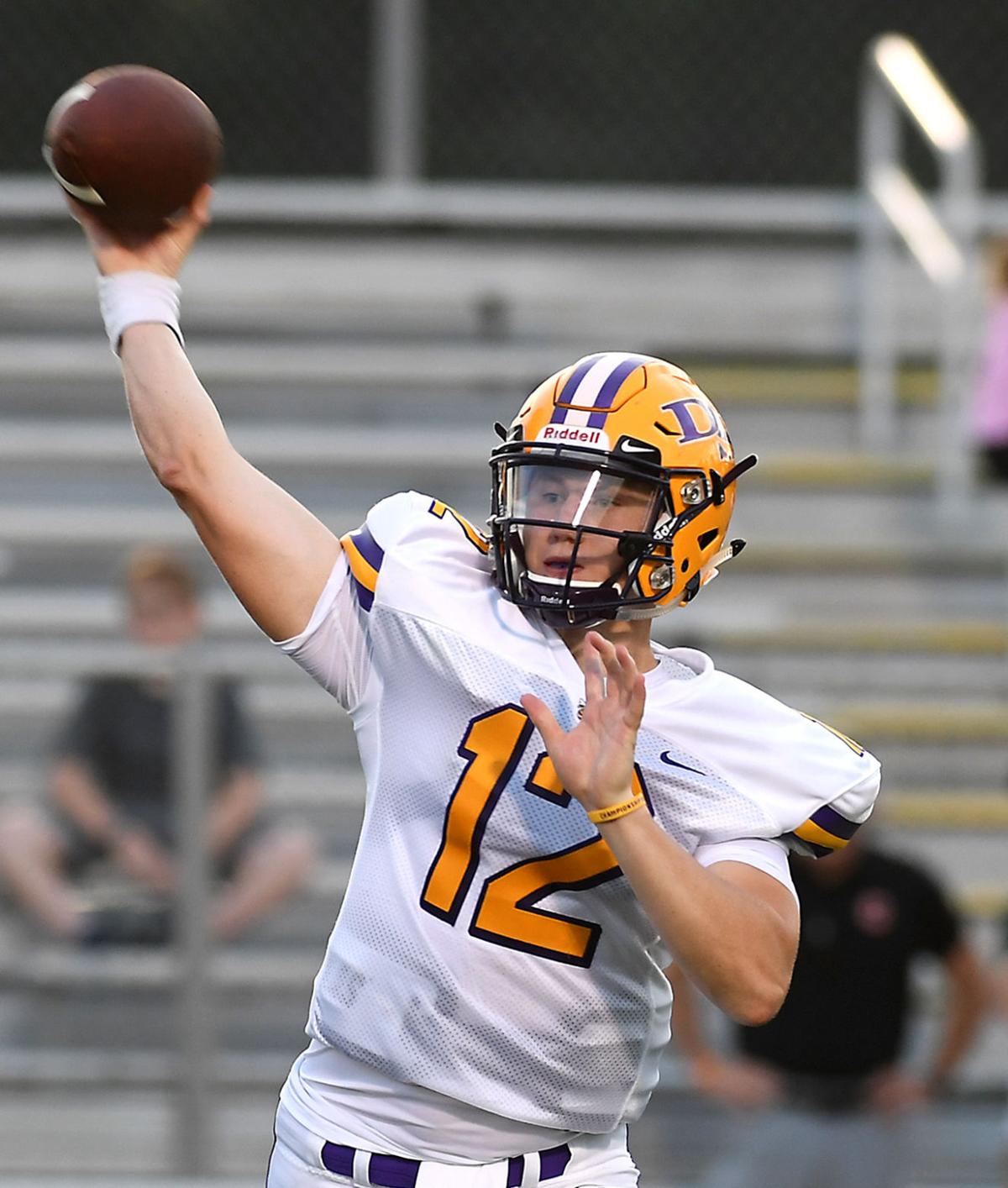 DENHAM SPRINGS – The roller-coaster ride of a recruiting process for Denham Springs High’s Luke Lunsford finally came to a halt.

More than three months after playing his final game for the Yellow Jackets, where Lunsford came to grips that it may be his final competitive game, the 6-foot-2, 205-pounder experienced a couple of more twists and turns.

“It’s been a crazy story for me,” said Lunsford, the school’s leader in career touchdown passes with 40.

One that was complete with a happy ending with Lunsford’s commitment to accept a preferred walk-on spot at Division I Lamar University.

“Just the interest they showed,” Lunsford explained his decision to choose Lamar over fellow Southland Conference foe Southeastern Louisiana. “They brought me in for an official visit and came to watch me throw. I got to meet the coaches and some of the players. It was just a great experience. I just felt like that was right for me.

“The facilities are crazy, and they have a beautiful campus,” Lunsford said. “The (coaching) staff is very young. Everybody’s fired up and ready to go. It was high energy while we were there and made all of the recruits excited.”

Lamar appeared to be one of the more unlikely destinations when Lunsford’s recruiting truly came to life following a breakthrough junior season in which he passed for 2,73 yards and 27 touchdowns, helping Denham Springs to a 7-5 record and Class 5A state regionals.

Before he even began his junior season, his first as a starter, Lunsford already had an offer from Alabama-Birmingham and added overtures from Georgetown in Washington D.C. and Nicholls State.

“Coming off my junior year I thought I would be playing college football for sure, no matter what,” Lunsford said, a first-team All-Parish and second team All-District 4-5A choice that year.

Plenty of schools had shown interest and either wanted Lunsford to attend their on-campus camps or they would be on hand to watch him throw during the Yellow Jackets spring training.

However, because of a back ailment, Lunsford didn’t participate in the spring or Denham Springs’ 7-on-7 passing league and wasn’t able to attend any college camps as initially hoped where scholarship offers often emerge.

To compound matters Denham Springs went from a 7-5 team a year ago and on the cusp of a state quarterfinal berth to a 1-9 team that finished with a 60-14 loss at Scotlandville in the final week of the regular season.

Lunsford, whose statistics tapered off to 1,364 passing yards and 11 touchdowns, started preparing himself for the possibility of a life without football.

“The thought crossed my mind going into Scotlandville it could be my last game,” he said. “After that game I was over football and decompressing and then I got to play again in a couple of all-star games and got fired up again.”

Lunsford threw a touchdown for the winning East in the Blue-Grey All-American Bowl in Arlington, Texas. He also played in the Red Stick Bowl as well.

Further adding to Lunsford’s belief that his playing days could numbered was the fact that nothing had materialized with the three schools (he visited both Georgetown and Nicholls) that had previously offered scholarships.

“I had almost come to the realization that I wasn’t playing college football,” he said. “I would be excited if something happened, but I was kind of setting my sights on going to LSU and being a student.”

His position didn’t change much even after both Southeastern and Lamar extended an invitation to join their respective programs as a preferred walk-on which meant he would have a roster spot and could report with the entire team for fall drills in August.

“I still almost turned it down, I had to think about it,” he said. “My first reaction was that I didn’t know. Then I sat with my parents and realized it’s been my dream to play college football my whole life. I would have regretted it for my whole life without giving it a shot.”

With a new coaching staff led by head coach Blane Morgan, Lamar got into the picture for Lunsford. They came to Denham Springs High last month and watched him throw and were excited enough to extend an official visit for Lunsford and his father.

Lamar graduated its top two quarterbacks from a year ago and returns a pair of inexperienced sophomores. The Cardinals did sign a junior college quarterback, but the message to Lunsford, who completed 274 of 544 passes for 4,185 yards with 40 TDs and 19 interceptions in his career, was that the position was open for competition.

“They talked about is that it’s anybody’s chance,” Lunsford said. “No matter scholarship, preferred walk-on, senior or freshman, it’s what you bring to the table. I believe I have a shot of contributing to the team. I’m definitely excited about the opportunities there.”