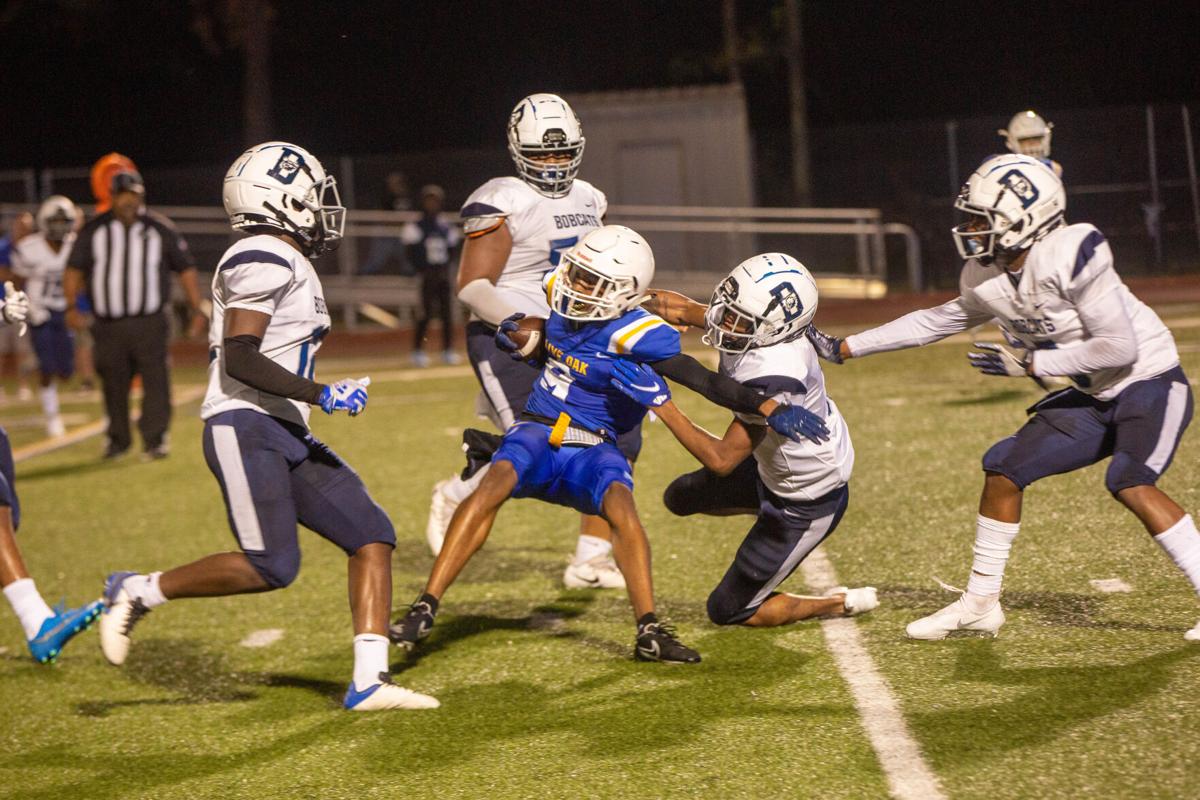 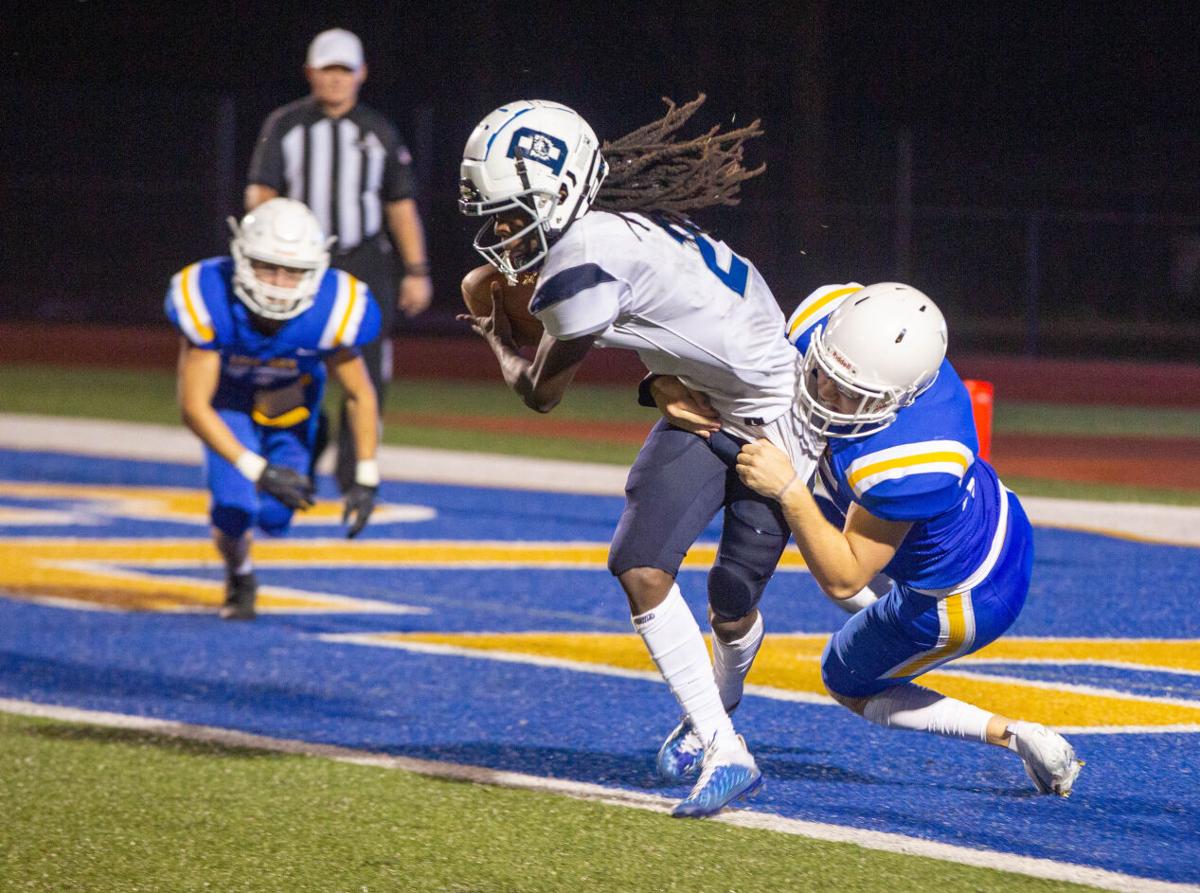 A Live Oak defender brings down a Douglass receiver during Thursday's game.

Live Oak had a little hiccup early in its homecoming game against Frederick Douglass, but after that, it was all Eagles.

The Eagles moved to 4-0 on the season, overcoming a lost fumble on the second play of the game by scoring 43 points in the first half on the way to a 50-0 win Thursday at Live Oak.

“What we really said all along is we’ve got to start fast,” Live Oak coach Blane Westmoreland said. “We can’t let them hang around. If we get up, we’ve got to go ahead and put it away, and I felt like we did that.”

Live Oak recovered an onside kick to open the game but fumbled the ball away on the second play of the game.

“That just can’t happen,” said Westmoreland, whose team opens District 4-5A play hosting Zachary on Friday. “We better have that out of our system moving forward the next five weeks. There are still a number of things to correct. Yeah, the scoreboard was well in our favor and the kids did a great job, but we’ve got to still eliminate the turnover. We had one, and that’s still one too many.”

“We’re going to have to play much better,” he said. “The scoreboard said one thing, but the competition gets exponentially more difficult coming up this Friday night.”

TJ Magee got Live Oak started with an 81-yard touchdown run, followed by Landon Ratcliff’s PAT for a 7-0 lead.

CJ Davis hauled in a 28-yard touchdown pass, and Chase Jones caught a pass from Tyler Graves on the two-point conversion for a 15-0 lead.

Live Oak capped scoring in the first quarter with a 9-yard touchdown run from Cade Getwood for a 22 0 advantage.

“It really wasn’t that much out of the norm for us with what we want to do,” Westmoreland said of the Live Oak run game. “We want to rotate our guys in. We want to keep them fresh and give them touches, and we were able to do that. The guys did an outstanding job. They understand their roles. They understand what we’re doing and what they’re supposed to do. The guys have completely bought in with the rotation and how things are going. They understand what their role is, and they’re ready to go when their number’s called whether it be on a first quarter third-and-2 or a fourth quarter third-and-7.

“That’s what we want to continue to do is spread the ball around as much as we can to our guys and try to keep as many guys as we can fresh for that fourth quarter,” Westmoreland said.

LOHS padded the lead in the second quarter on Daylen Lee’s 1-yard touchdown run and Ratcliff’s PAT for a 29-0 lead before Davis’ 37-yard punt return of a touchdown.

After a scoreless third quarter, Live Oak’s Braden James had an 8-yard touchdown in the fourth quarter to cap the scoring.

Davis had two receptions for 42 yards to lead the LOHS receiving corps, while Graves went 1 for 2 for 28 yards, and Sawyer Pruitt went 3 for six for 3six yards.