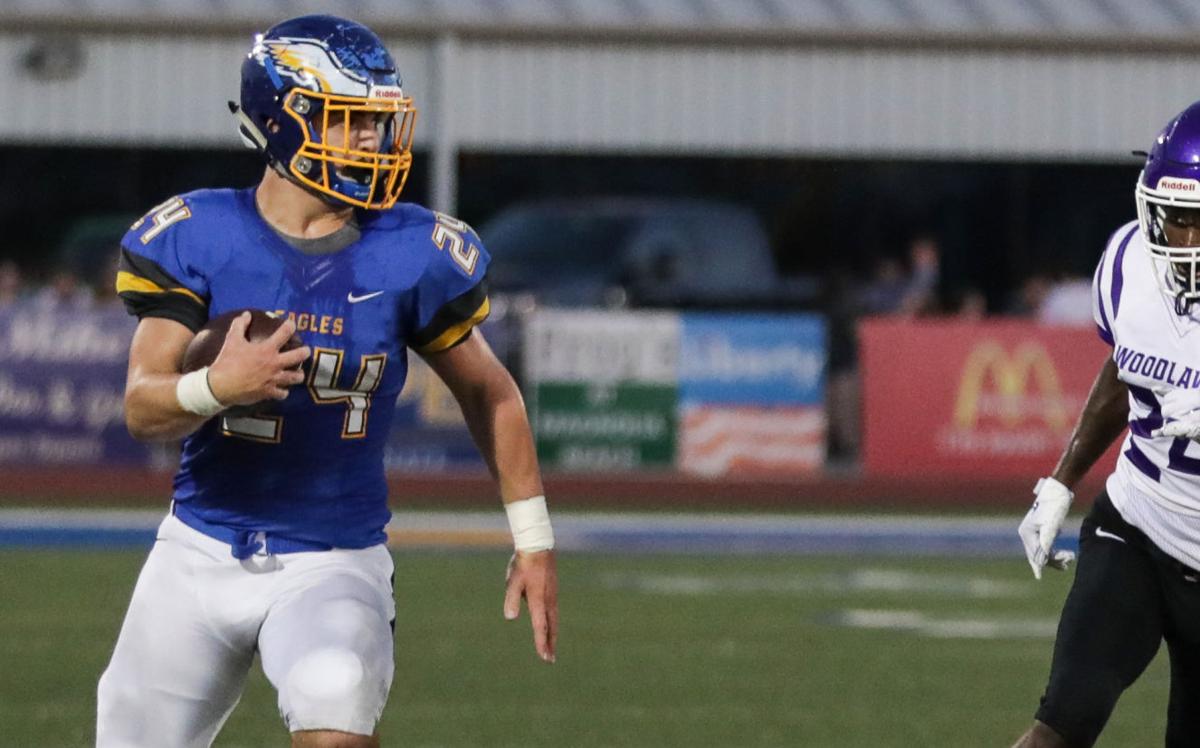 Live Oak running back Hagen Long (24) breaks free from Woodlawn defensive back Marcus Stewart (24) on his way to a 55-yard touchdown. 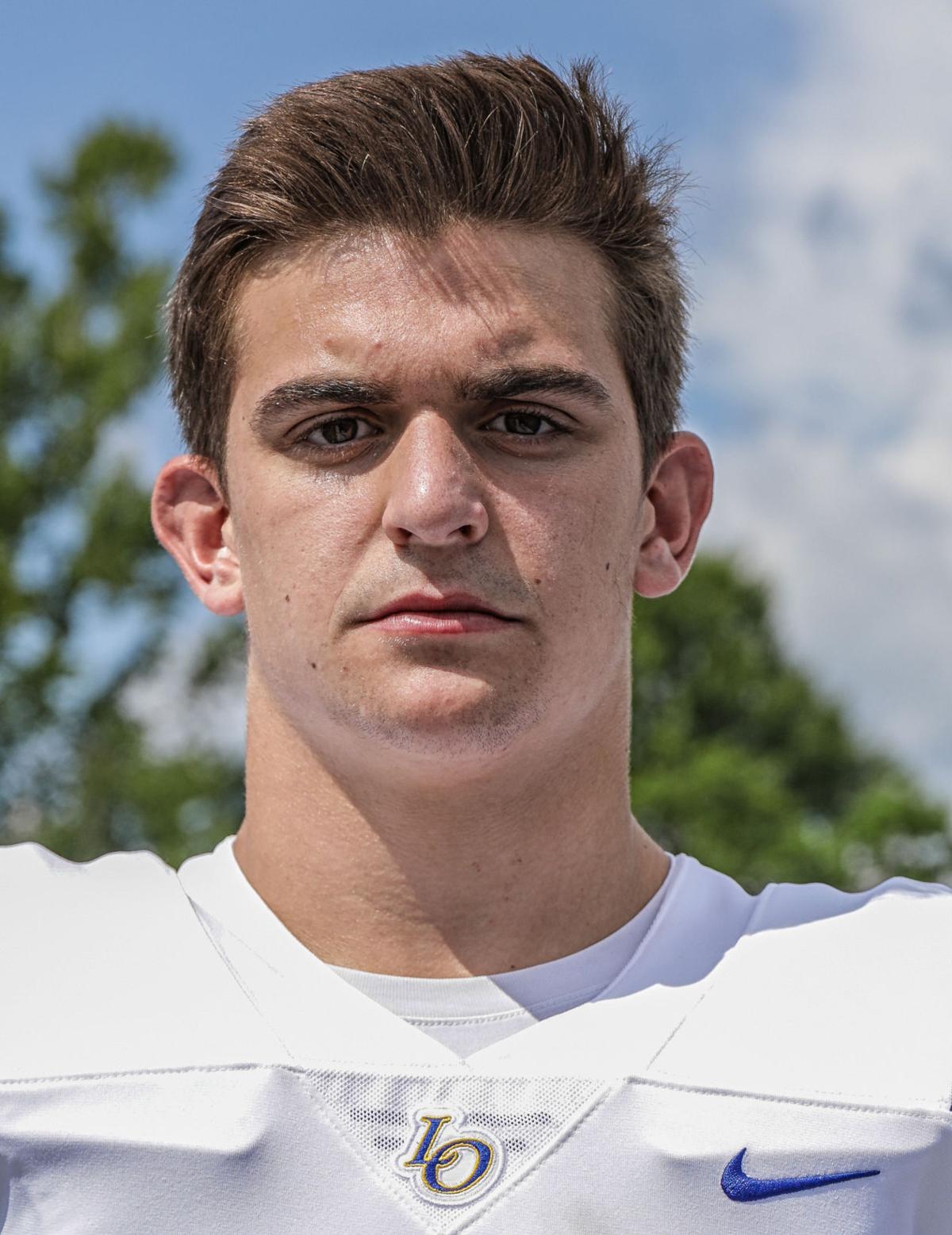 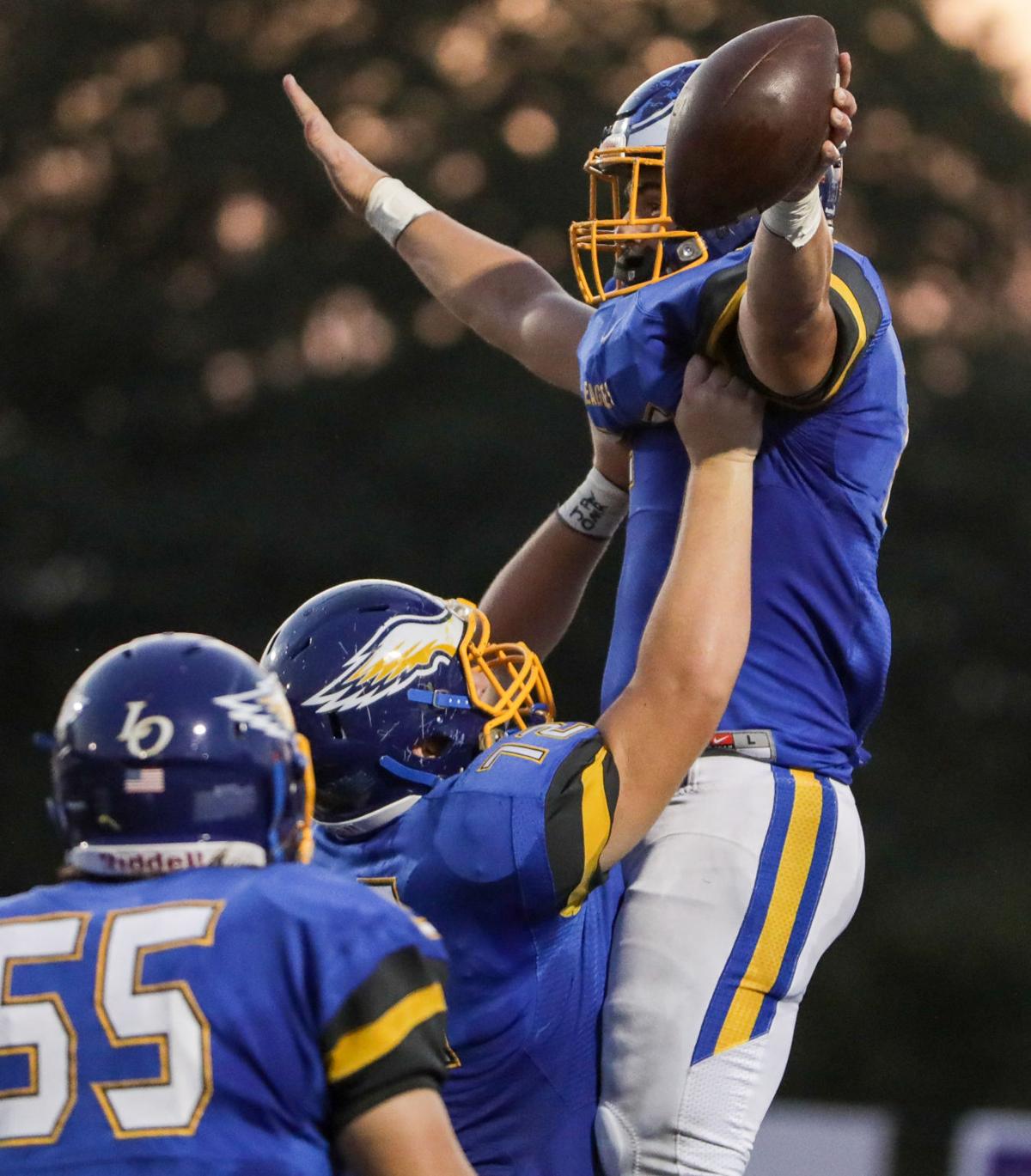 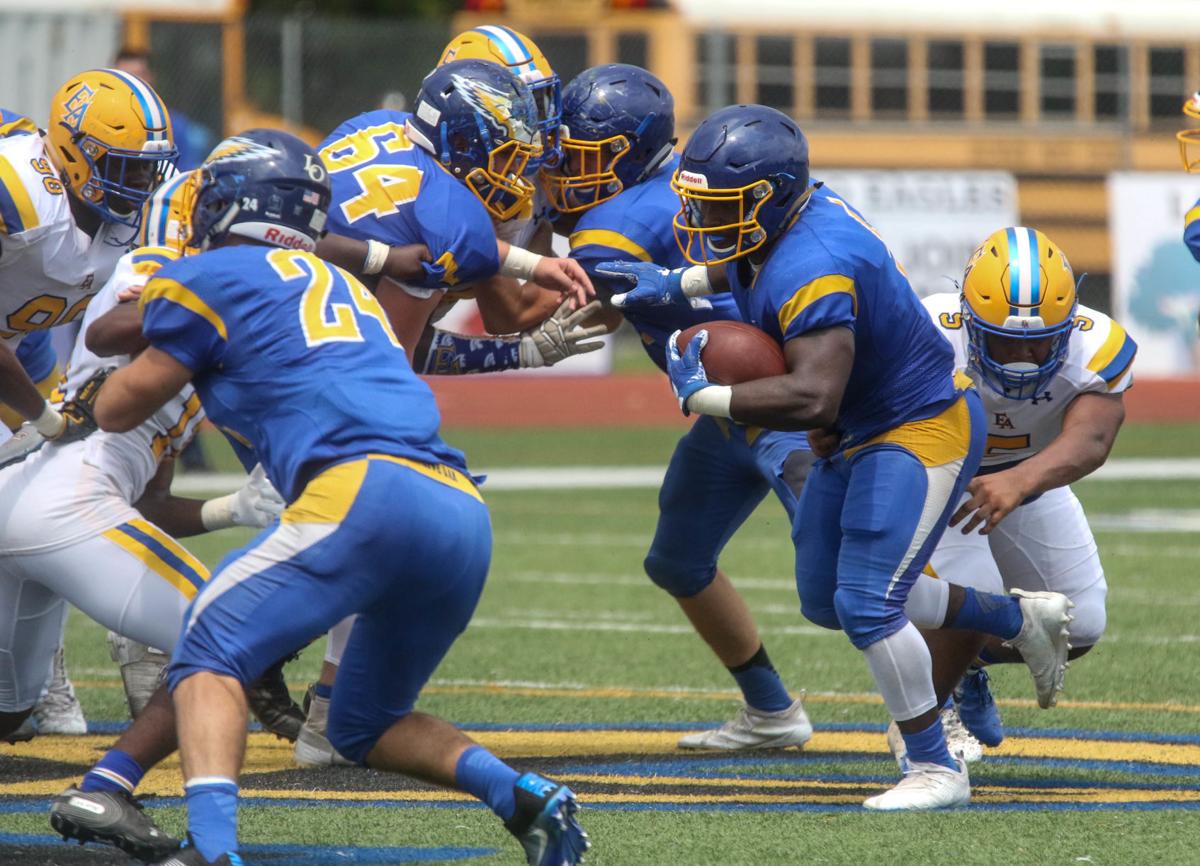 Live Oak's Kee Hawkins (5) looks for running room in the spring scrimmage where fullback Hagen Long (24) is trying to create space with a block.

WATSON – Through four weeks of a 4-0 season, Live Oak coach Brett Beard has walked away from each game with a similar sentiment.

“We leave saying, ‘I wish we would have gotten Hagen more touches,’” Beard said of senior fullback Hagen Long.

Long is the ‘other’ back in Live Oak’s powerful backfield, a 6-0, 215-pounder that’s able to run between the tackles, quick enough to get to the perimeter and capable of catching the ball out of the backfield.

He’s also an adept blocker and as the lead blocker for leading rusher Kee Hawkins, but Long’s clearly content with his role as long as the Eagles reach their objective.

“Whatever’s best for the team, I’m going to do,” Long said. “Whether that’s playing from the offensive line to DB. I’ll do whatever it takes, I’m OK with it. I’m not really in it for the glory. I’m just in it to win, go 15-0 and win a state championship.”

Live Oak’s on such a pace and seeks to become the first team in school history to begin a season 5-0, when the Eagles host Sci Academy (0-4) of New Orleans for homecoming at 7 p.m. Friday.

“He’s special,” Beard said. “He’s a guy you honestly wish you could give more touches to. With his skill set, he gives us a spark. His game’s a lot like Kee’s as a big, strong power back, but he’s a little faster. He kind of takes the top off (the defense) and you can see some of his plays have been big plays.

“We’ve got to do a better job as coaches of keeping them in the backfield together and getting Hagen more work,” Beard said. “He’s a plow. He sets it up to where Kee can break some things and get the yardage does. They have a great rapport in the backfield. He’s just an extremely unselfish teammate.”

Long’s the parish’s eighth-leading rusher with 31 carries for 229 yards – a 7.4 yards-per-carry average – with a pair of touchdowns. He’s also added three receptions for 70 yards, including a 55-yard TD in a 52-20 win over Woodlawn.

“I’m going to do whatever I’m called upon to do, whether it’s blocking or running,” Long said. “You’ve just got to get the job done at a high level; enough to get a win every week and go and win a state championship.”

Hawkins, who is committed to Army, enjoyed a season-high 240 yards and four touchdowns in last week’s 33-21 victory at Kentwood.

It’s no surprise that Hawkins’ success was predicated on Long’s ability to lead the way, coupled with the play of Live Oak’s veteran offensive line.

To Long, there’s no better feeling than being able to help open holes for Hawkins, a close friend since they first met as seventh-graders.

Beard refers to Hawkins and Long as Live Oak’s version of “Thunder and Lightning” with their running styles – while comparable – do complement the other.

“He just adds a different element,” Beard said of Long. “He can be that power back and his game’s a lot like Kee’s. But he’s the guy that can also get on the edge. He’s got a little more giddy-up, and the scary thing is that when he gets on the edge as a lead blocker for Kee, he can make some things happen to where he can slide out into a (pass) route.”

Beard’s not surprised that when it came time to name team captains, Long was voted to serve in that capacity on the offensive side along with Hawkins and senior quarterback Rhett Rosevear.

Long’s a third-year starter, who’s endeared himself to his teammates with his leadership and team-first approach. A year ago, he rushed 108 times for 591 yards (5.5 yards per carry) with two touchdowns.

“Getting carries are nice, but if I’m blocking for Kee or whoever’s getting the ball and they’re getting yards, that’s just as good to me. I feel just as good about myself,” Long said. “Whether blocking, running or being a leader out there, that’s what I try to bring to the team.

“It’s an honor that I’m very thankful and I appreciate it,” Long said of being a co-offensive captain. “It’s respect and it’s them knowing that I care for them and would do anything for them, and I know they would do anything for me in return. It’s a relationship that I feel we all have on this team and that’s why we’re 4-0. Because the bond of this team’s so strong.”