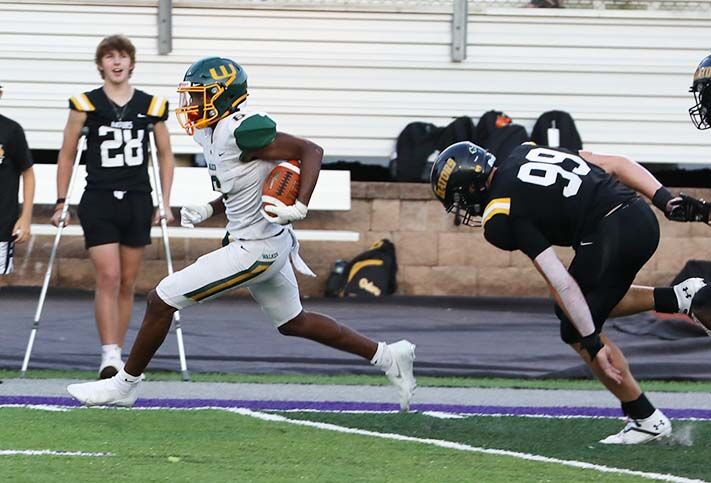 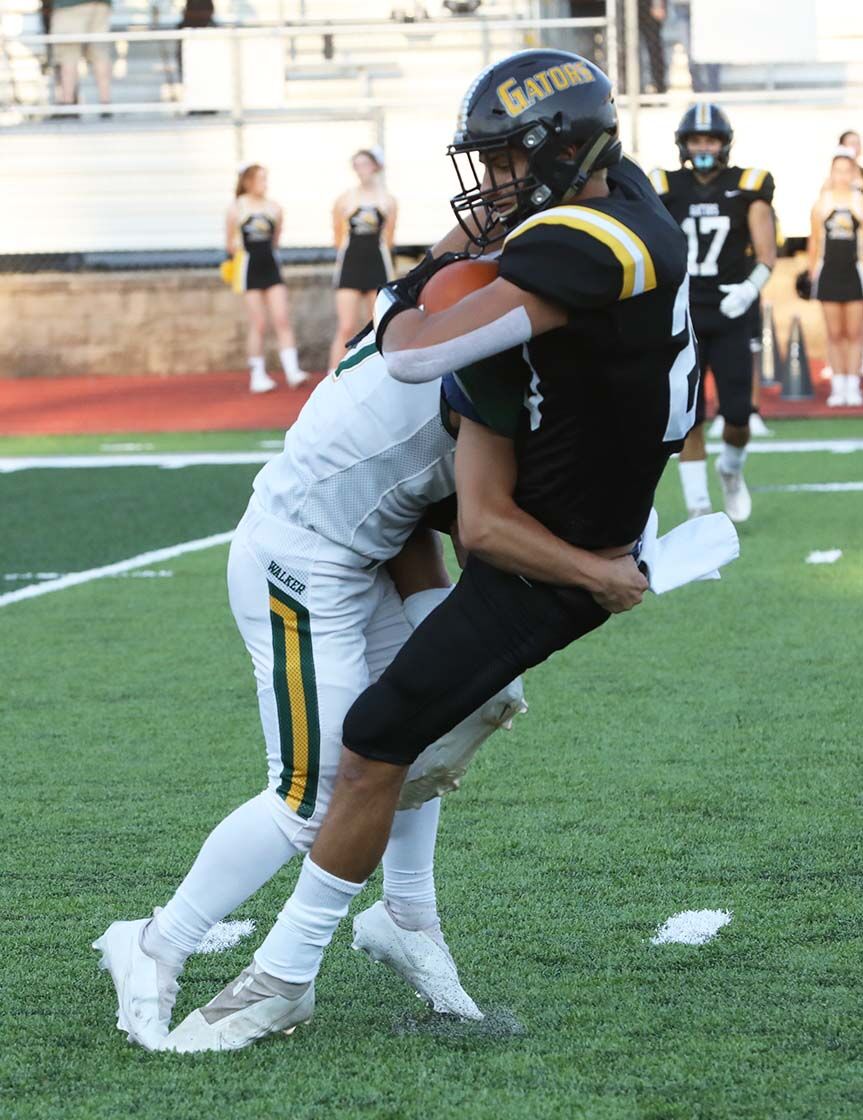 St. Amant picked up a pair of touchdowns in the third quarter, sparking a 28-15 win over Walker in prep football action Saturday at Dutchtown.

“We just kind of struggled offensively,” Walker coach Chad Mahaffey said. “We had some positive plays here and there but usually had one bust in there or something that caused a drive to stall. We definitely had more penalties than I’d like. We had a penalty that took away a punt return touchdown. I thought we did a little better offensively in the second half, but it was a pretty balanced game, pretty well-matched game. We just didn’t make enough plays and things to win it and they did.”

The Gators snapped a 7-7 tie with a 33-yard touchdown pass and a 51-yard punt return for a touchdown, grabbing a 21-7 lead heading into the fourth quarter.

The Gators scored on a 3-yard pass midway through the first quarter, taking a 7-0 lead, which held up until halftime.

“I thought we played well defensively in the first half,” Mahaffey said, noting Patrick McKenzie and Deauneray Levy had interceptions for the Wildcats. “We had some stops, had some turnovers, had a turnover on special teams. Even when they drove the ball a little bit, we were making them work for it.”

“We had spots where we drove the ball,” Mahaffey continued. “The first couple drives I think were three-and-outs, and then after that, I felt like we had positive plays. We had some pretty good third down and fourth down conversions, which I thought were a positive, but just not enough, not enough consistency. We’ve got to try and develop some more explosive plays in there.”

Walker tied the game on a 25-yard TD pass from Hunter Bethel to Jarvis Patterson just five seconds into the third quarter that was set up by a fumble on the second half kickoff.

The Wildcats cut the lead to 21-15 as Bethel and Jacory Thomas connected on a 30-yard touchdown pass, and CJ McClendon rushed for the two-point conversion with 8:32 to play.

St. Amant capped the scoring on a 7-yard touchdown run with 4:12 to play.

“We saw some young guys, and some inexperienced guys get out there and do some good things, so there’s positives there, and I thought it was improvement, for sure, defensively,” Mahaffey said.