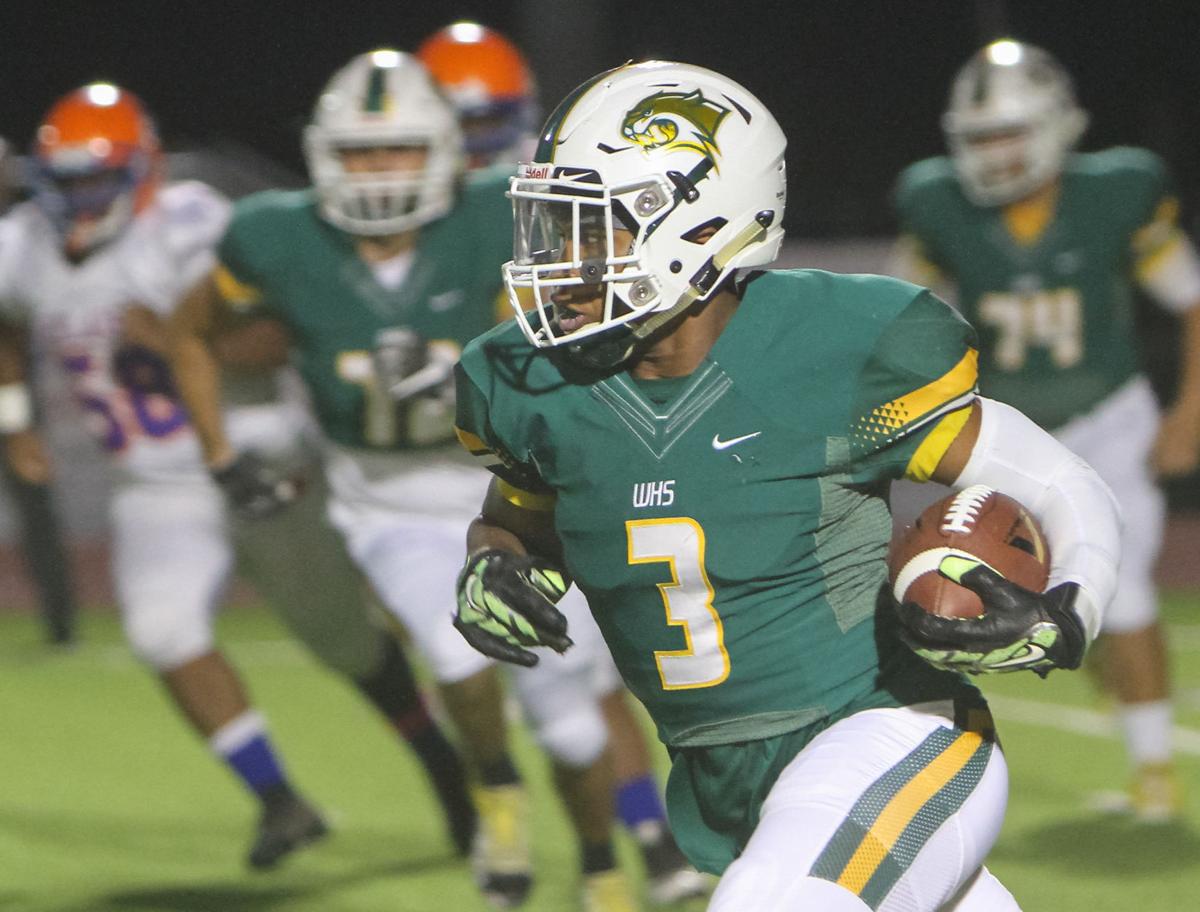 Walker High’s Jalen Cook (3) is equally dangerous with the ball in his hands after making a reception. 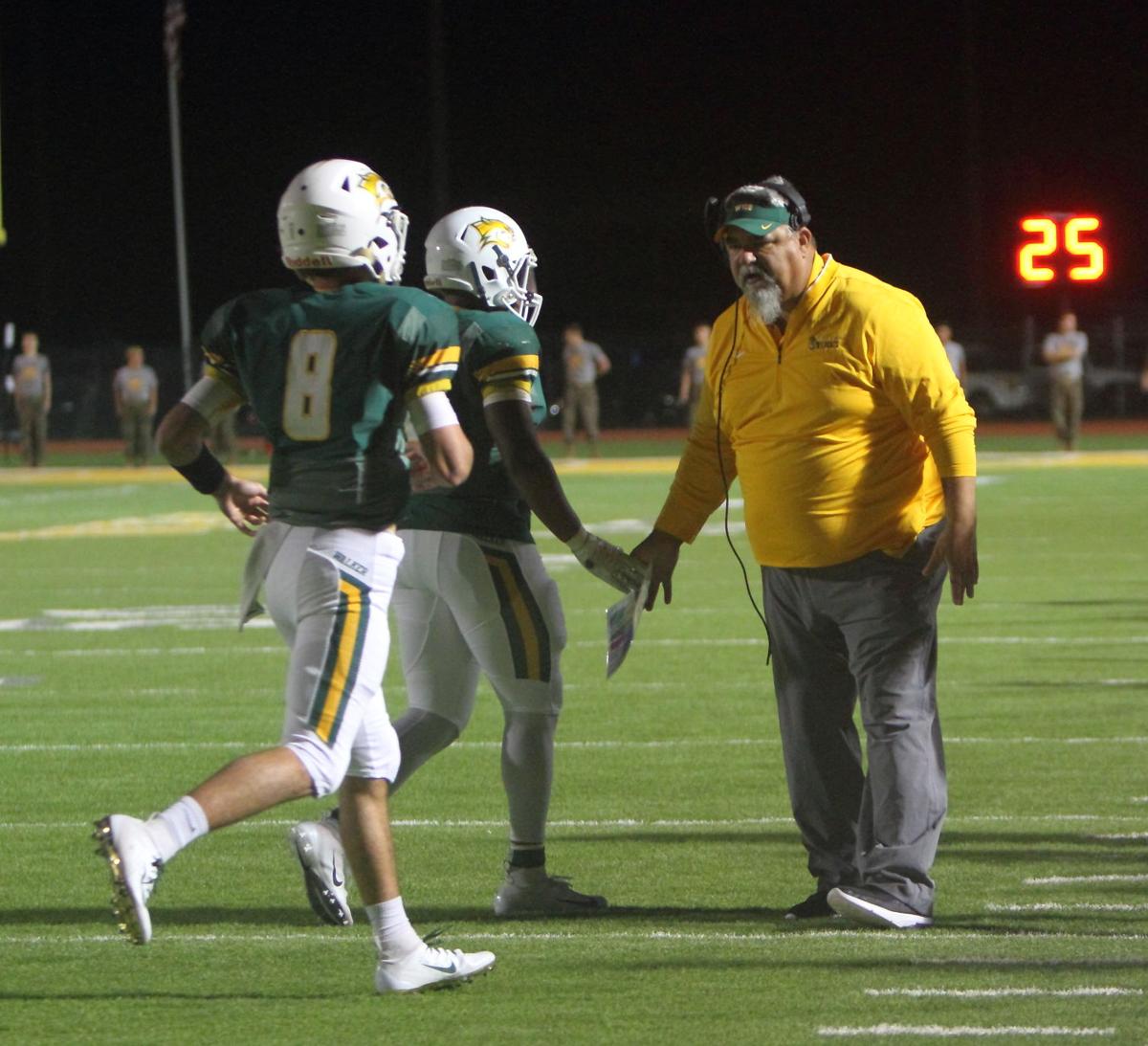 Walker High's Cecil Thomas took over the team on an interim basis in the second week of the season and was named the Wildcats permanent head coach before the start of the state playoffs. 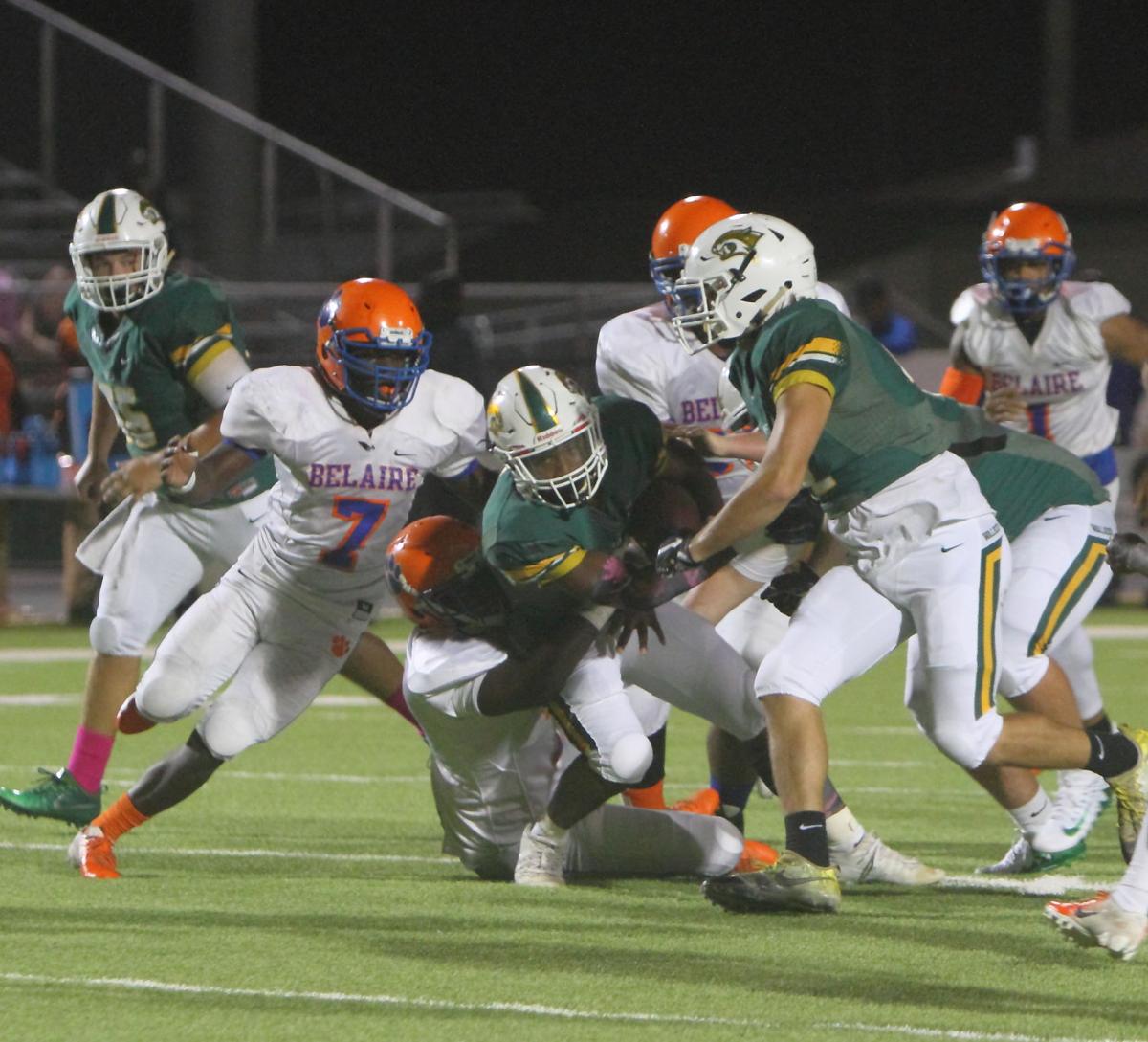 Walker High’s Demetri Wright (7) scored a pair of touchdowns in the Wildcats 56-0 win over Belaire.

WALKER - The Walker Wildcats showed they could bounce back strong. The next assignment is to finish strong.

A week after being thumped by Zachary, Walker came out hot to sweep Belaire away in a 56-0 homecoming victory Thursday over outmanned Belaire.

The Wildcats scored on offense, defense and special teams, jumping to a 28-0 lead in the first quarter and 42-0 at halftime.

The head coaches agreed at halftime to play running time in the second half.

The victory allowed Walker (6-1, 2-1 in District 4-5A) to match last season’s victory total and stay in the hunt for a playoff spot.

The Wildcats host Denham Springs next week and Live Oak the week after before a season ending game at Central.

“I’m proud of the way we did it and started putting it together for the three games down the stretch." - Walker interim coach Cecil Thomas

“You never know how you are going to bounce back,” said Walker interim coach Cecil Thomas, whose team lost 38-9 to the Broncos. “I’m proud of the way we did it and started putting it together for the three games down the stretch. Denham Springs, that’s always a big one. We’ll get some guys back and hopefully be 100 percent.

“I was real proud of our execution tonight,” Thomas said. “That was our goal, to establish the offense, spread the ball around. Make sure the run and the throw game were consistent. I couldn’t ask for anything better. That was the message this week and that’s what we got accomplished.”

Byron Lockhart and Demetri Wright each ran for two touchdowns, while quarterback Ethan McMasters threw touchdown passes of 15 and 23 yards to Jalen Cook.

Brian Thomas chipped in with a 66-yard punt return for a third-quarter TD and Kerry Flowers started the scoring when he intercepted a pass and returned the ball 81 yards for a TD – the team’s sixth interception return for a score this season.

Walker held Belaire (1-6, 0-4) to 113 yards and intercepted two passes. The Bengals, wracked by injuries and attrition, had only 24 players dressed out for the game.

“We don’t have any depth,” Belaire coach Kevin Jackson said. “If we can develop some depth, we’ll get better. We’ll go back to the drawing board and try to finish the season strong and get ready for next year.

“We started off big (with players) but as the season went on we’ve been falling off for whatever reason. We still have a season to play. I’m going to keep this group of guys together and we’re going to be OK.”

The defense held Walker to a 3-and-out and on its first snap, quarterback Jakhari Bullock hooked up with Chris Farley for a 58-yard pass and run. Three plays later, Flowers cut in front of Farley in the middle of the field and raced down the left sideline for the game’s first score.

Walker then scored on its next five possessions of the first half.

McMasters’ 44-yard completion to Thomas set up a 1-yard run by Lockhart. After a short punt, McMasters flipped a shovel pass to Cook running in motion in front of him and he turned the right corner to make it 21-0 with 2:52 left in the first quarter.

Moments later, Cook made a leaping catch in the end zone of a McMasters throw to make it 28-0.

Lockhart took an option pitchout and weaved 40 yards for a score and Wright made it 42-0 with a 15-yard run. Walker played much of the second half with reserves.

“Those kids were playing with everything they’ve got,” Thomas said of Belaire and going to running time. “I don’t want to get any of my guys hurt and it gets to a point where it’s over with. They’re trying to get better.”

Check out these Livingston Parish headlines from October 11, 2018!