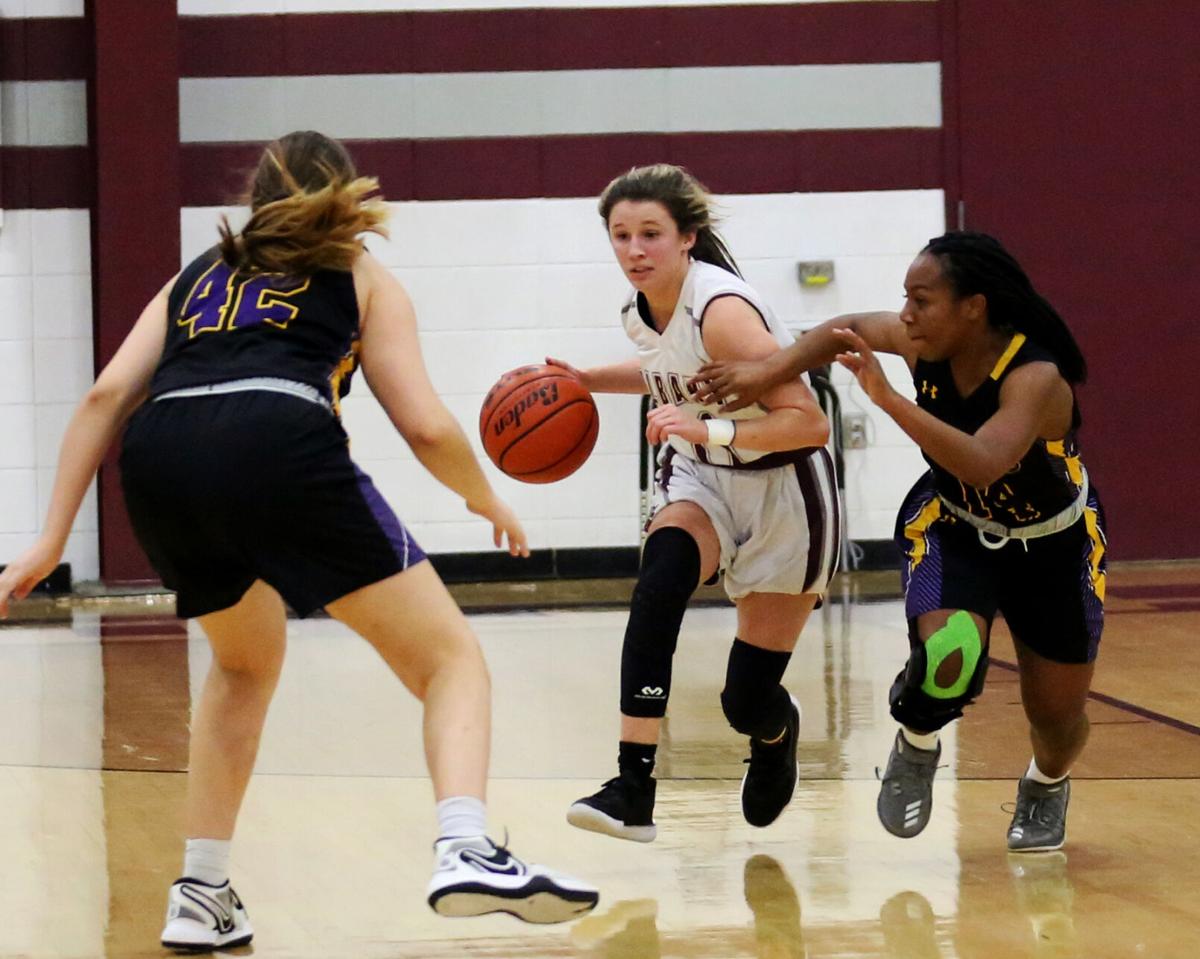 ALBANY – It may not have been the most fun game to watch, but Denham Springs coach Blake Zito and Albany coach Stacy Darouse figure Tuesday’s game will help their teams down the line.

The Lady Hornets held the Lady Jackets to three points in the third quarter, helping key a 49-34 victory at Albany.

“We did not play bad, we just shot bad,” Albany coach Stacy Darouse said after her team moved to 10-5. “We got a lot of shots in the lane that we’ve been making, we just didn’t make tonight. I’ll take an ugly ‘W’ over a pretty ‘L’ any day.”

“The game got pretty rough there on both ends,” Darouse continued. “We didn’t necessarily handle it very well at times, but there’s going to be games we hit in district and playoffs that are going to be physical like that, so we needed a game like we got tonight.”

Zito echoed a similar sentiment after his team dropped to 10-8 and snapped a nine-game winning streak.

“We scrimmaged them in October, and they took it to us,” Zito said. “We didn’t back down. I’m really proud of the girls. Albany – Stacy does a great job. They’re a great team. They’re going to compete for a state championship, and I’m proud of the way we fought tonight.”

“It was a physical, good, girls Livingston Parish basketball game,” Zito continued. “Without the parish tournament, I miss these games. We played Albany tonight. We play Doyle next week. We’ve got Walker obviously in district (and) Live Oak. We’re still getting a good taste of that, and I think these kinds of games is what prepares you for the playoffs – the wins, the losses, all of it. I think it makes us better, and I think we got better tonight.”

Albany led 19-14 at halftime, but Haley Meyers’ jumper keyed a 10-0 run to start the third quarter as the Lady Hornets worked the boards and took advantage of turnovers.

“We actually made a little change,” Darouse said. “Cassie (Baygents) was in foul trouble (with three fouls at halftime), so we decided to start the second half in zone, and we changed our press up a little bit. I think that change was just enough to bother them a little bit. Then when we went back to what we normally do, I think the change helped kickstart getting us going a little bit.”

Colin Macias’ basket with roughly three minutes to play in the quarter stopped Albany’s run, and Denham Springs’ only other point came on a free throw by Libby Thompson with 1:14 to go in the quarter, making the score 31-17.

Thompson scored three points in the game, going 3-for-4 from the line, while Denham Springs held Baygents to two points.

Taylor was Denham Springs’ only double-digit scorer with 14 points, nine of which came in the fourth quarter.

Meyers had eight of her 22 points in the fourth quarter for Albany.

Denham Springs got as close as 47-34 on Kiana Lee’s putback before Hoyt’s free throws with 27.3 seconds left capped the scoring. Hoyt finished with 10 points.

“You practice things, but when the lights turn on, things happen,” Zito said. “We settled down. I really thought we did a good job in the pressure. The pressure leads to other stuff for them, but we didn’t have the turnovers that we had the first time we played them. I thought we at least got the ball up the court. We just struggled to score, missed a couple easy ones. A lot of credit goes to them. It’s not so much that we did something wrong, it’s just they did a lot right.”

Albany led 10-8 at the end of the first quarter but slowly pulled away, with Brilee Ford’s free throw putting the Lady Hornets ahead 19-10 during a run in which the Lady Hornets went 5-for-6 at the line.

Both teams struggled to find a groove in a turnover-filled opening quarter.

Macias’ basket gave Denham Springs an 8-4 lead, but Albany capitalized on DSHS turnovers to key a 6-0 burst to close out the quarter, capped by two straight baskets from Meyers, who had eight points in the period.

“I thought Denham did a real good job of slowing us down in our transition and not letting us get out and run,” Darouse said. “Part of that was our fault. We were giving up offensive boards and then fouling on the putback, so the play was stopped. We didn’t have a chance to get out in an open floor. There was a lot of dead balls, and so that hinders your transition.”