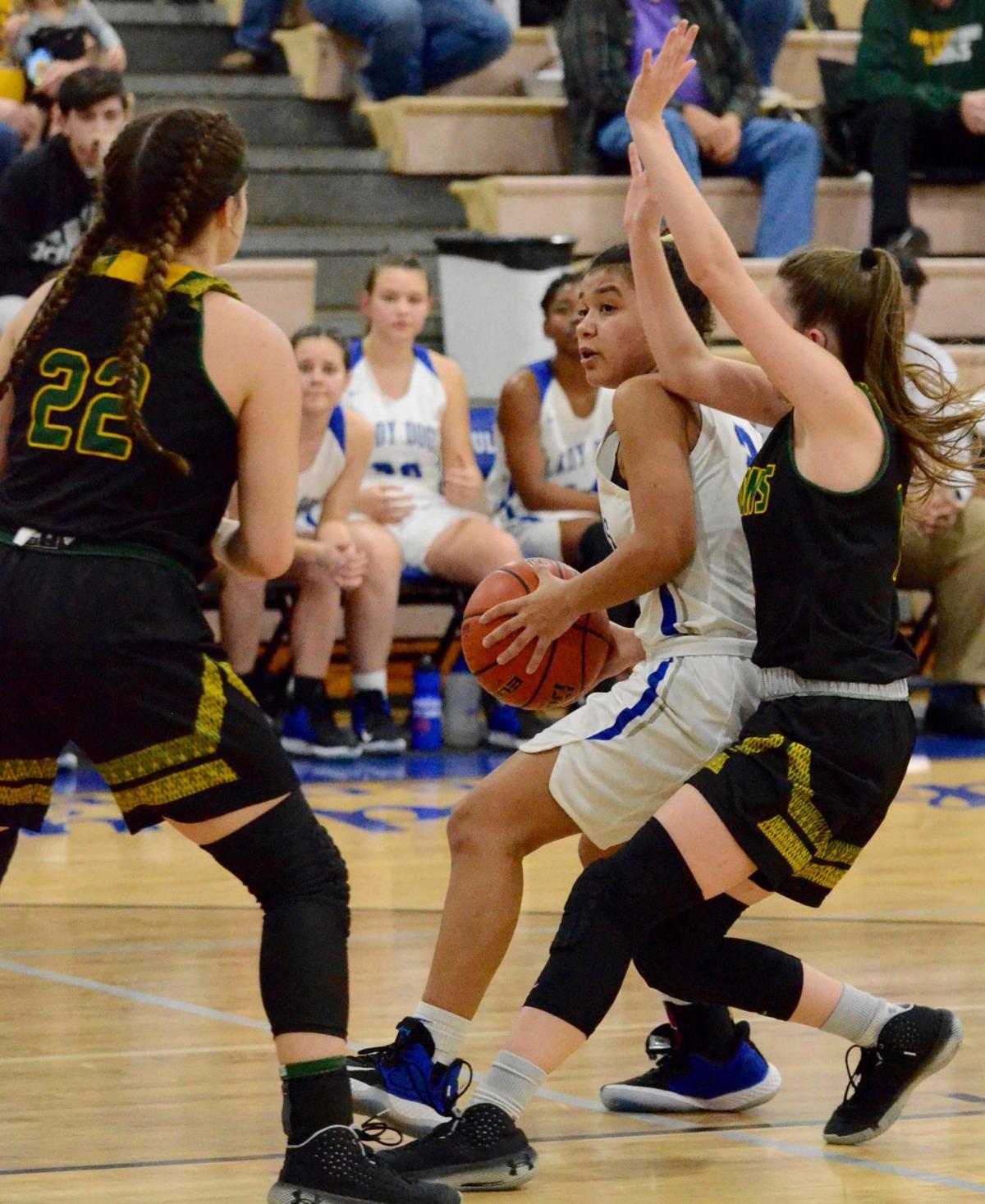 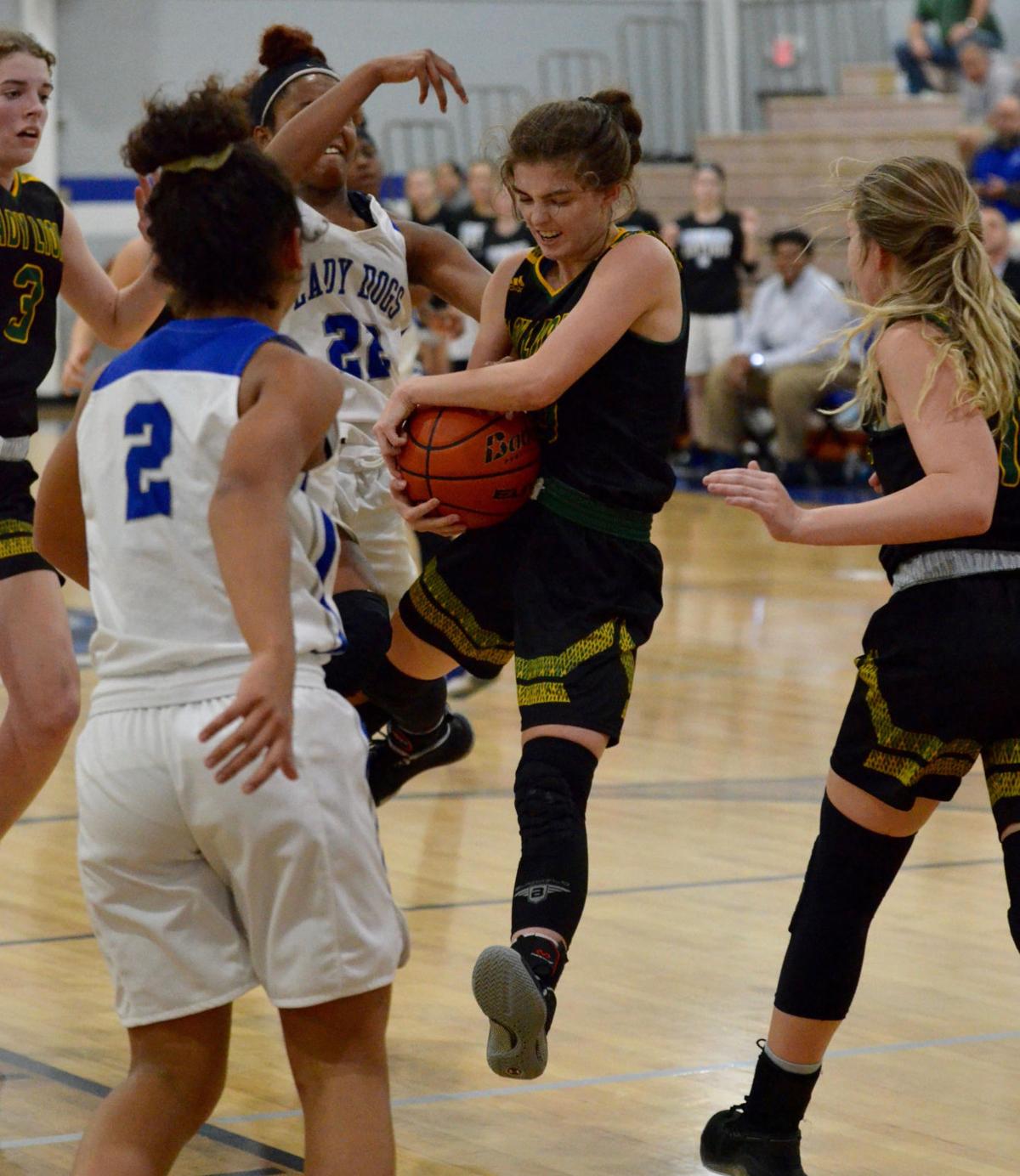 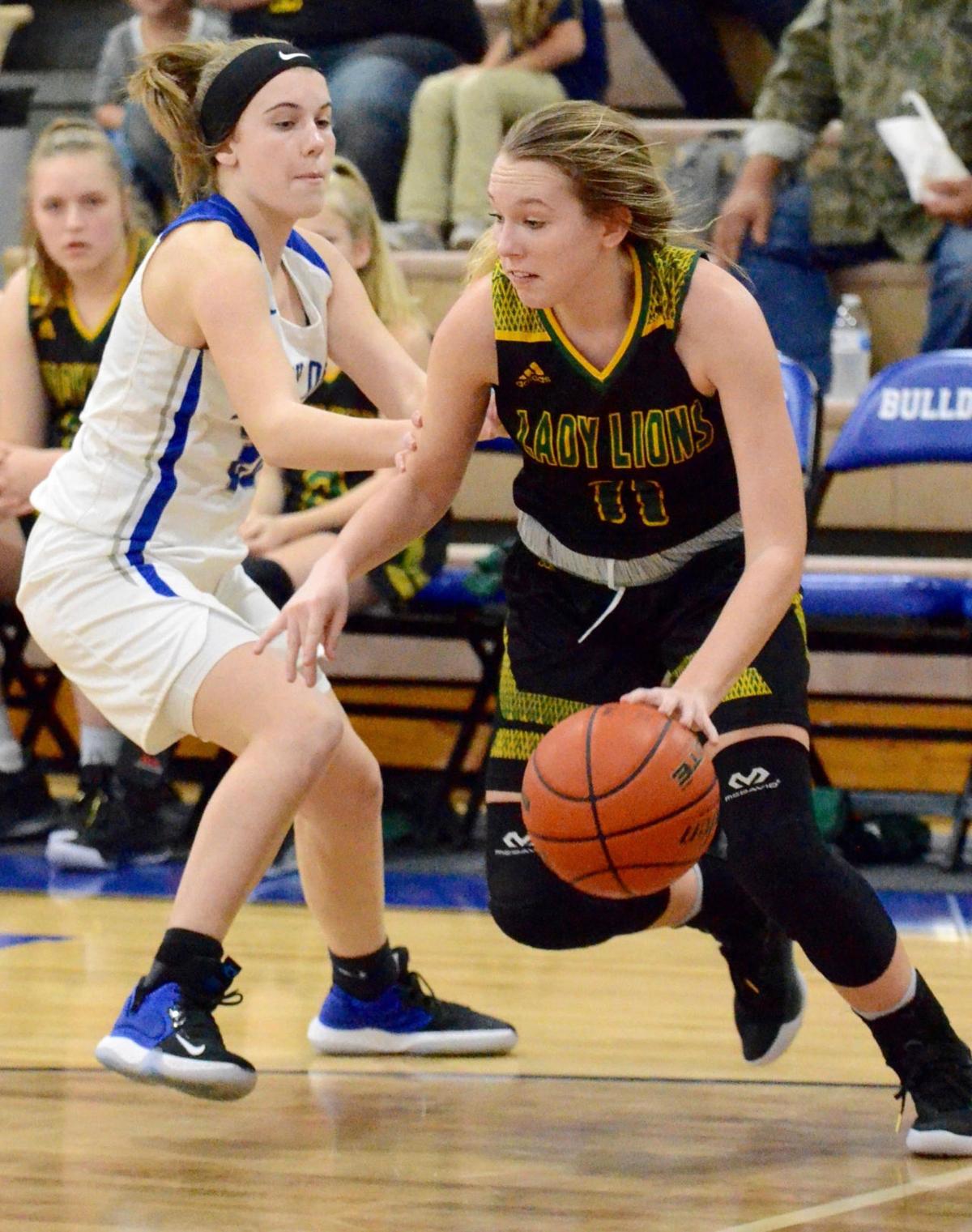 SPRINGFIELD – When the final buzzer sounded in Friday’s District 10-2A girls game between French Settlement and Springfield, it was a bit difficult to determine the winner and loser based on comments from both coaches.

It was that kind of night.

In the end, French Settlement sank more shots and took care of business at the free throw line down the stretch, emerging with a 22-13 win in a turnover-filled game in which both teams struggled from the field.

“That’s an ugly win,” said FSHS coach Daniel Martin. “We’ll take it, but it’s an ugly win. Sometimes you can win and don’t deserve to win. I thought this was one of those games for us. We didn’t do a good job of executing. We’ve got to play better, and we’ve got to bring more effort than what we brought. Our players know that. We talked about that, and it’s got to be fixed. Springfield’s a good team, but we’ve got to do a better job down the road.”

“Defensively, we can’t be much better than what we did,” Dreher said. “The effort for four quarters is definitely as well as we’ve played in the two years that I’ve been here. I think that will really help the girls’ confidence. They’ve been blown out so many times by a lot of these teams – good teams. They’ve got two college-signed players out there (FSHS’ Serenity Smith and Dannah Martin), and we competed and battled.”

French Settlement (19-3, 1-1 in district) led 11-7 heading into the fourth quarter before Jamiracle Joseph’s inside basket cut the lead to 11-9. FSHS’ Shay Parker hit a free throw to push the lead to 12-9.

Both teams continued to miss shots and turn the ball over – a common theme for the game – until Laura Cox’s 3-pointer put the Lady Lions ahead 15-9.

“They did a good job in that box-and-one, and we’ve got to do a better job of executing against it,” Daniel Martin said. “We’ve seen that 10-12 times this season, and we didn’t execute against it at all.”

“At that point, it wasn’t any pressure,” Dannah Martin said of making the free throws. “It was just get up and do what’s normal. As a leader, you have to be poised in those situations, so I think that’s something that I’ve learned how to do this year -- I think that all of our seniors have is just poise.”

“We go to the line 22 times, and what if we make even half of them? We’re not a great shooting team, but (five made free throws) is not going to get it done,” Dreher said. “A couple of little buckets here or there, and who knows what happens down the stretch. But I’m proud of how we played. You can’t be satisfied obviously, but definitely this was a big step for this program to kind of get over that hurdle of being able to play good teams in a kind of hostile environment, district game, and be able to play them kind of down to the wire for the most part.”

The teams set the tone for the game in the first quarter, combining for six jump balls while struggling with turnovers and missed shots before Johneisha Joseph, who led Springfield with five points, hit the game’s first basket with 3:07 to play.

Parker’s basket tied the game at 2-2, and Dannah Martin’s free throw with 56.3 seconds to go gave FSHS a 3-2 lead that held until the end of the first quarter.

Dannah Martin had a 3-pointer and a free throw, accounting for the only scoring in the second quarter, giving the Lady Lions a 7-2 lead at halftime.

“I’m guessing there was I’m sure 50 to 60 turnovers in the game by both teams at least,” Dreher said. “They had a ton of travels and us throwing the ball all over the place, but the key was we didn’t have many live-ball turnovers, and that’s what’s really hurt us last year and in some games this year, where you throw that bad pass and they get a free layup where you don’t get to set up. At least some of our passes were going out of bounds instead, so we were still able to set the defense up at times, and we didn’t give up too many easy buckets. That was definitely a plus for us, too.”

FSHS hit 10 3-pointers in the game as a team with Dannah Martin scoring 30 points with seven 3-pointers.

Babin scored 18 points, while Serenity Smith added 16 with 13 coming in the second quarter.