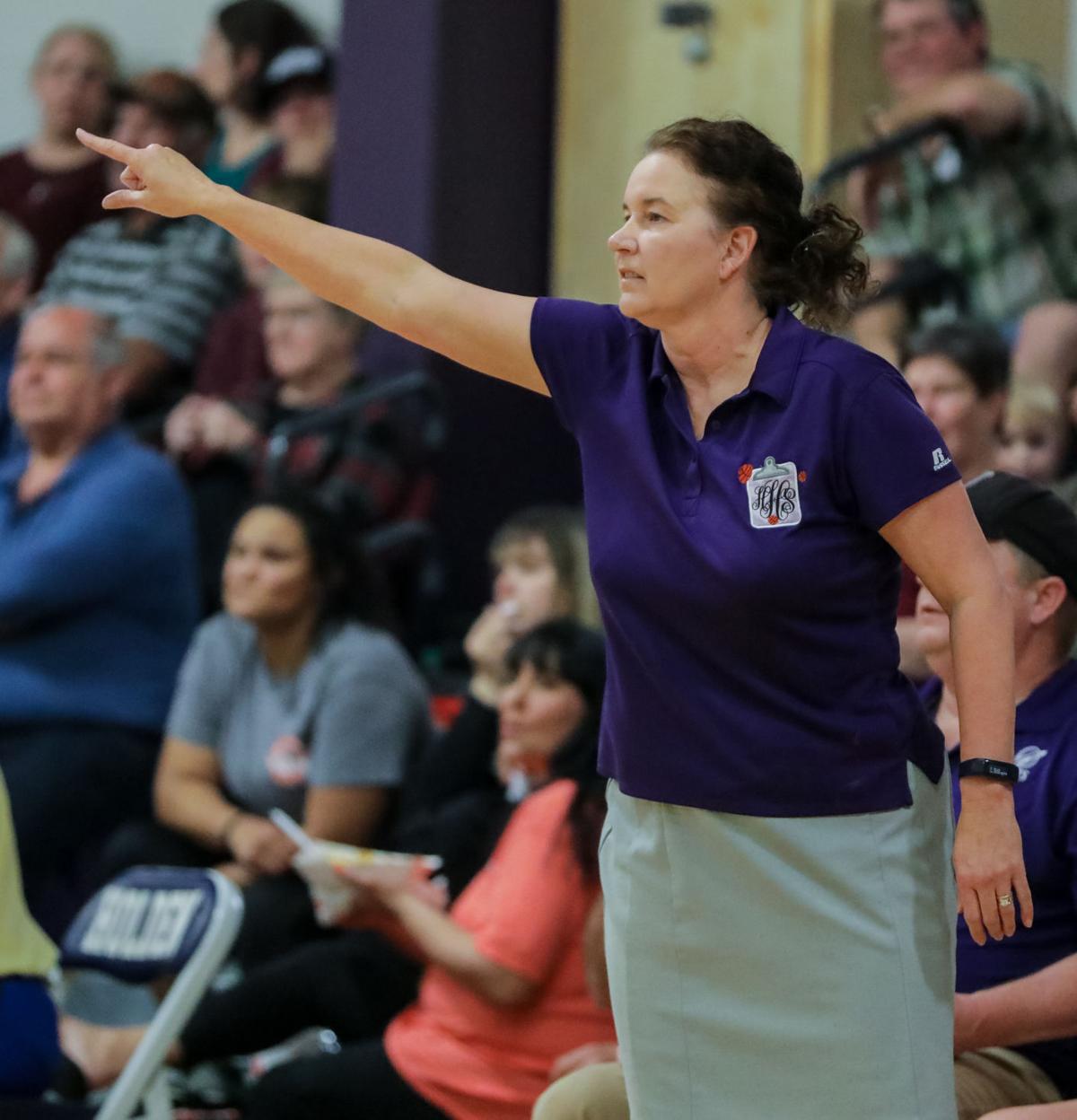 Holden High's Pam Forbes calls out adjustments to her players. 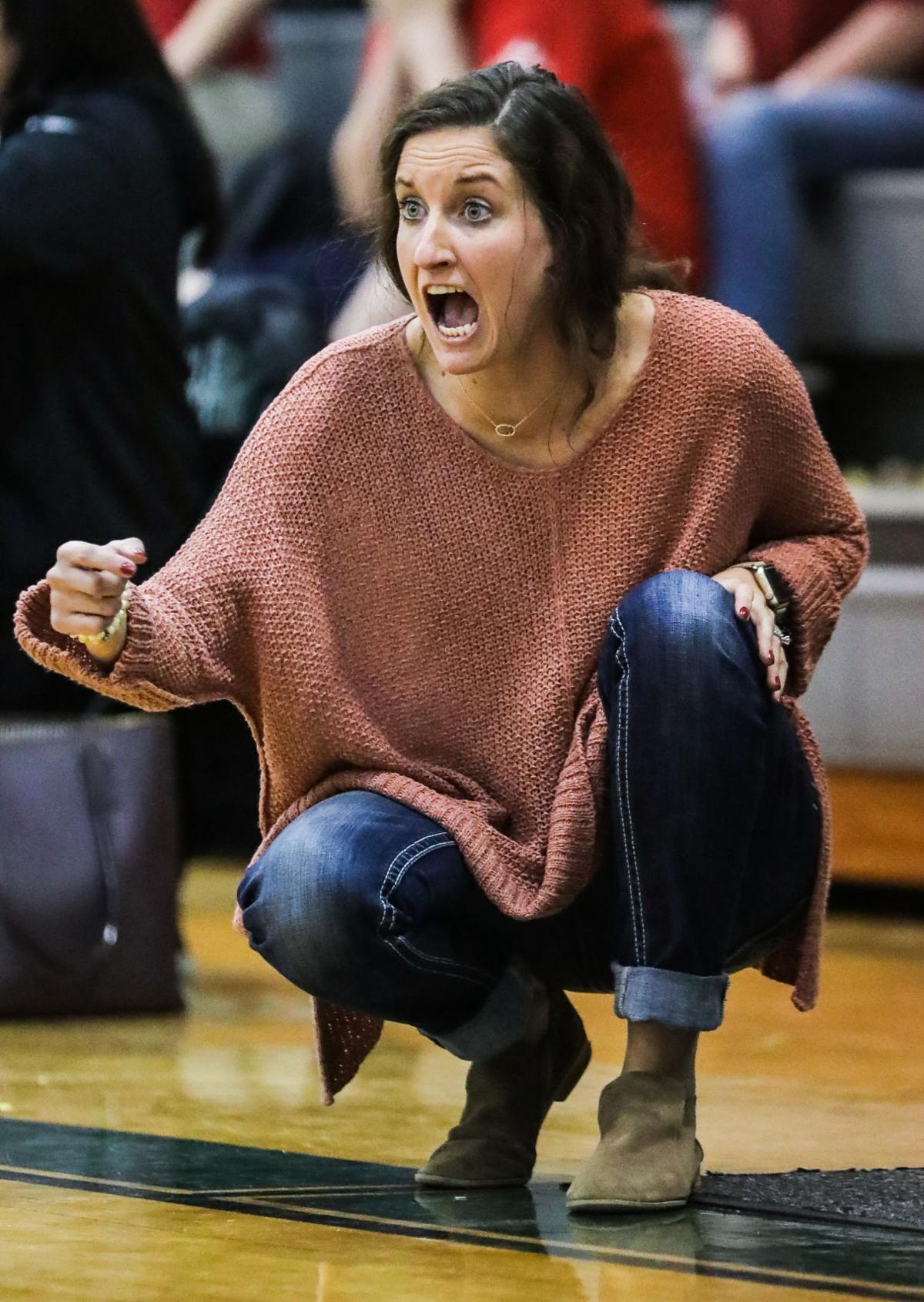 Holden High's Pam Forbes calls out adjustments to her players.

Before the Class B girls basketball playoff brackets came out, it wasn’t a sure thing Holden and Maurepas would match up in the first round.

But they are, and that’s a good thing for both teams – even more so after Holden boys basketball player Nathan Raymond was killed in a car accident on Sunday.

As such, all money collected at the gate will be donated to Raymond’s family. Also, game officials from the Hammond Association and those working security will also be donating their time to benefit the family. Members of boys basketball teams from both schools will also wear red T-shirts, Raymond’s favorite color.

Holden coach Pam Forbes and Maurepas coach Brittany Lauzervich agreed the pairings couldn’t have worked out any better in light of the situation.

“I just feel like the Lord worked it out for us to have to play our first game … with Maurepas, who knows what we’re going through and who is sympathetic to us, and who we love,” Forbes said. “It worked out for everybody, and it worked out for our kids, most importantly. Maurepas is familiar. They’re comforting. It’s going to be a good night.

“Now, when the ball goes up and we start playing, everybody’s going to be playing a playoff game. You know how that is, but we also have to remember in the big scheme of things, basketball’s very, very small. But we can also use the game of basketball to reach a lot of people, and if we can use this game to make money to help a family that is need that has gone through the worst imaginable thing that you can go through, how wonderful is that?”

Lauzervich believes fate brought the two district opponents together for the playoff opener.

“As of Friday night, we weren’t supposed to play Holden, and then it came out Monday and we were,” she said. “That’s what I told (Forbes). I said, ‘That was God,’ because we’ve done many things together. Before, we’ve raised money for breast cancer. We’ve done certain things together, but it was God because Mrs. Pam didn’t have to deal with another coach trying to schedule a game. It’s us, so they know, and we’re willing to do whatever it is to help, and that’s why we truly said yeah, it’s a tragic event, but it’s two local communities coming together … not for basketball. Not for basketball at all. That’s going to be last thing on anybody’s mind that night, but to do whatever we can for each other.”

“I just really felt it,” Forbes said of the run. “I really felt that we were on the cusp of really doing something good. It seemed like during the season, every time we’d get to (where) something good would happen, three bad things would happen, but we were excited. That was a gigantic win for us to beat Plainview, and then for us to turn right back around and beat JFK. That threw us up in the rankings.”

Forbes said another boost for the Lady Rockets came when Oak Hill scored a 56-53 win over Monterey, shaking up the power ratings a bit. Oak Hill enters the postseason at No. 20 in Class B, while Monterey is No. 9.

“It just put us in a spot that gave us hope, and so I think the whole thing with this right now is everybody just needs a little bit of hope, whether it’s in life or basketball, or whatever,” Forbes said. “The girls are playing very good basketball. To beat the two teams that we beat, Plainview and John F. Kennedy, you had to be a good basketball team. There wasn’t a fluke with that.”

Lauzervich knew her team was in a rebuilding mode heading into the season and those plans took another hit when Emma Gautreau (broken hand) and Leah Stewart (foot) were injured and didn’t return until midseason.

“Not only were we rebuilding from the beginning, when two of your starters get hurt, that threw a whole wrench in the thing,” she said. “Even when we came back healthy, we didn’t have that click. We’re pulling up some eighth-graders. We’re pulling up people who have never played, and it would have taken all season for us to click, and since we didn’t get that time together, we just couldn’t figure out.”

Maurepas has a pair of losses to Holden this season, but the bright spot for Lauzervich is a 39-35 loss to Mount Hermon to close out the regular season.

“That’s what I told the girls, ‘we’re going to play Holden. It’s nothing new.’ My outlook going into this is, ‘can I just see the same performance we saw at Mount Hermon the other night?’ Lauzervich asked. ‘Can we work together? Can we use what we know about Holden to maybe get some advantages?’ They’re a very good team. Jaycee Hughes by herself is amazing. Is it going to be a big upset? For us, no, but I’m looking (at) ‘what can we build on as a team? What can we do to build for the future?’”

At the end of the day, Thursday’s game will be more about neighbors helping neighbors than the final outcome.

“It’s definitely not about basketball,” Lauzervich said. “Livingston Parish has always been known for their close tightness. Us and Holden are in the district together, but we’ve always gotten along. When it came down to it, when you look at this mother that’s dealing with loss and these athletes that are dealing with (the loss of) a fellow player, basketball is nothing at this point. It’s just coming together and doing whatever we can to help out in our community and our neighboring community.”