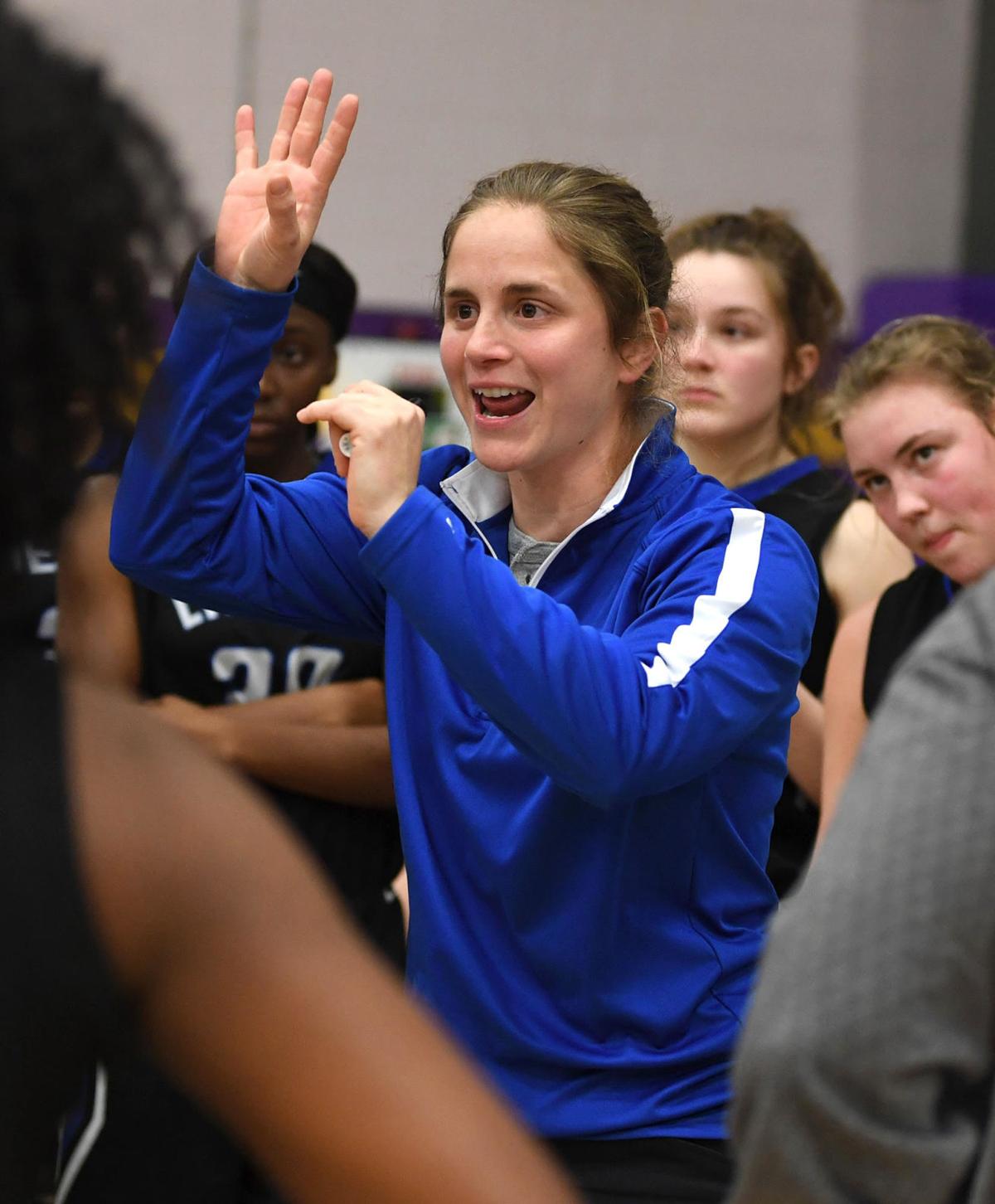 Live Oak coach Michele Yawn on Tuesday's 56-53 win over Fontainbleau: "The girls did a good job of coming together as a team and finishing the game.” 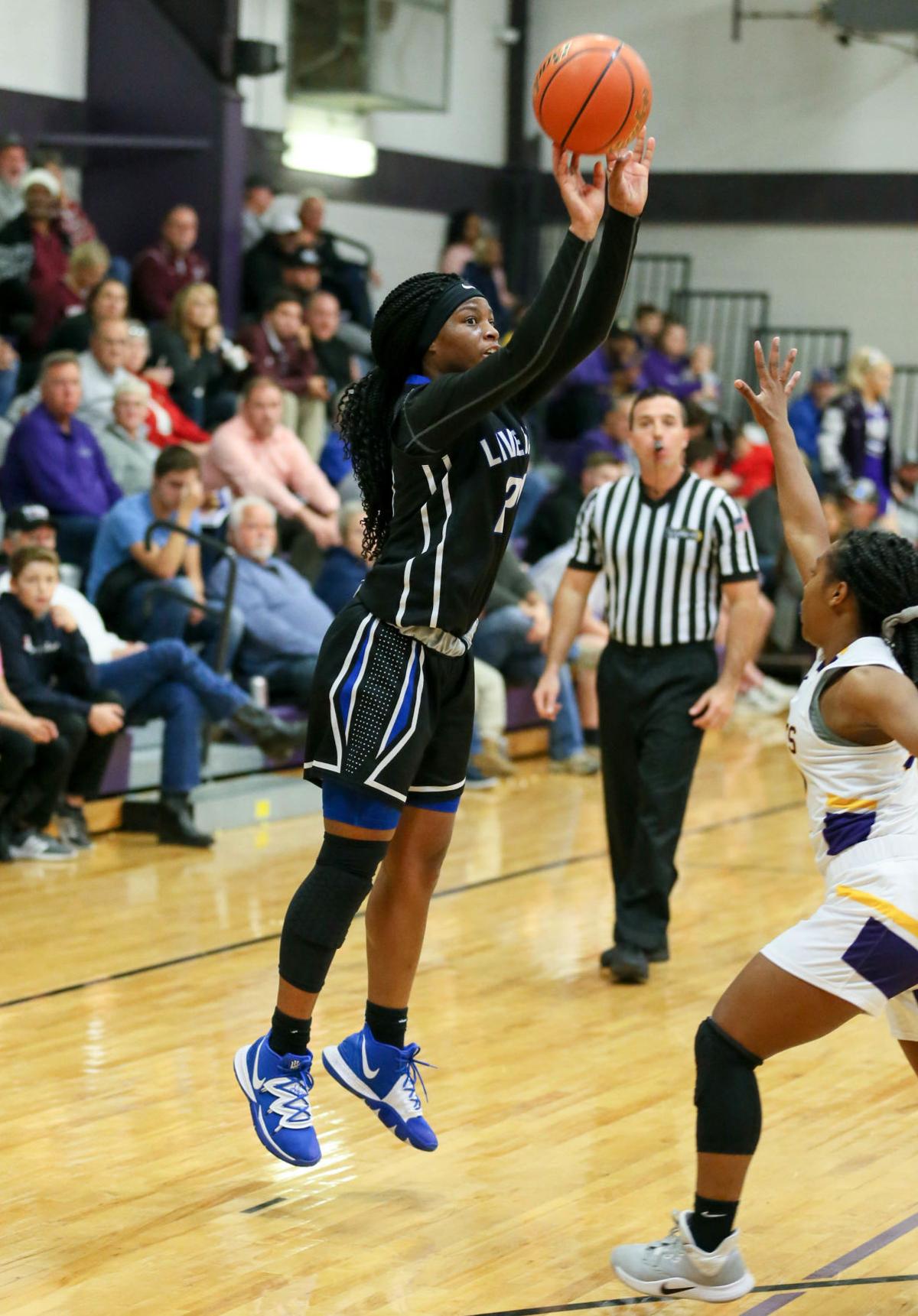 Dijone' Flowers (24) led Live Oak with 34 points, including four 3-pointers, in a 56-53 win Tuesday over Fontainebleau.

Live Oak coach Michele Yawn on Tuesday's 56-53 win over Fontainbleau: "The girls did a good job of coming together as a team and finishing the game.”

Dijone' Flowers (24) led Live Oak with 34 points, including four 3-pointers, in a 56-53 win Tuesday over Fontainebleau.

WATSON – It may have been nearly two months since Live Oak’s girls last saw Fontainebleau on the basketball court.

But the Lady Eagles never forgot the feeling associated with a 60-34 loss to the Lady Bulldogs on Jan. 5 during the Denham Springs tournament.

“It was pretty bad the first time,” Live Oak senior Dijone’ Flowers said. “We came with the mentality to go out and beat them because they beat us last time.”

Flowers scored a game-high 34 points, including four 3-pointers, but it was her two free throws with 1.6 seconds left that sealed Live Oak’s 56-53 victory on Tuesday at C.B. Wheat Gymnasium.

Live Oak (13-8) not only extended its win streak to six games heading into Friday's District 4-5A opener at home against Scotlandville, but the Lady Eagles should also expect a boost in their most recent No. 35 power rating.

“Credit goes to the girls for putting in the hard work, buying in and just lifting each other up,” Live Oak coach Michele Yawn said. “Dee’s doing a great job with that right now. She’s going to do what she does offensively. Our five seniors have shown leadership and the role players are starting to fill their roles.”

Live Oak lost the handle on what was a 12-point lead midway through the second quarter, only to regain it when Flowers broke a 44-all tie with 3:43 remaining on a 15-foot jumper.

That sparked a 10-2 run with Flowers contributing six points and feeding Bailey Little for a layup. Jamie Elenbaas also added a basket when she ripped away a rebound in the lane from a Fontainebleau player and scored.

“They’re a good team,” Yawn said of Fontainebleau. “I told the girls it was going to be a fight and we couldn’t give anything away. I told them at halftime we have away too many offensive rebounds and we can’t do that. I knew we were tired. They were playing hard. The girls did a decent job of coming back and taking care of business.”

But not without some anxious moments down the stretch.

Fontainebleau (17-9) went on a 7-0 run and climbed back within a point at 54-53 with 34 seconds to play and for a split second had possession of the ball in the backcourt following a steal but turned it right back on a double dribble call with three seconds showing.

“We started playing lazy and getting relaxed,” Flowers said. “We had to pick it back up and get moving.”

Live Oak led 12-8 after the first quarter and held a 30-21 advantage at halftime with Flowers scoring 14 points and Jaelyn Ray six of her 11 points. The Lady Eagles also shot 67% (10 of 15) from the field which included 4-of-7 shooting from 3-point range.

Fontainebleau made three of its six 3-pointers in a third quarter in which the Lady Bulldogs outscored the Lady Eagles 20-9 to take a 41-39 lead into the fourth quarter.

“That’s why I love the sport,” Yawn said. “One minute you’re up and thinking it’s OK and then it goes back the way. The girls did a good job of coming together as a team and finishing the game.”