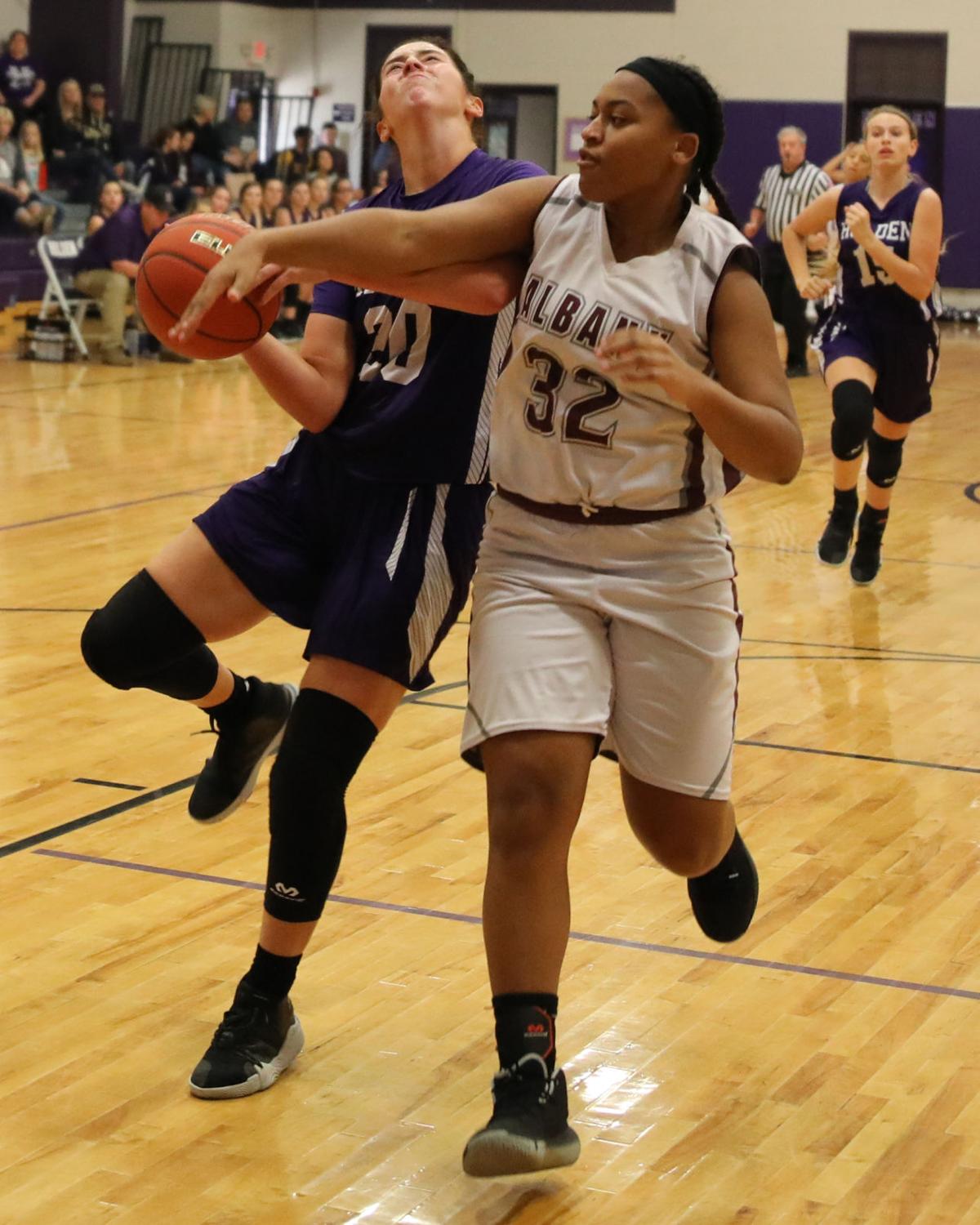 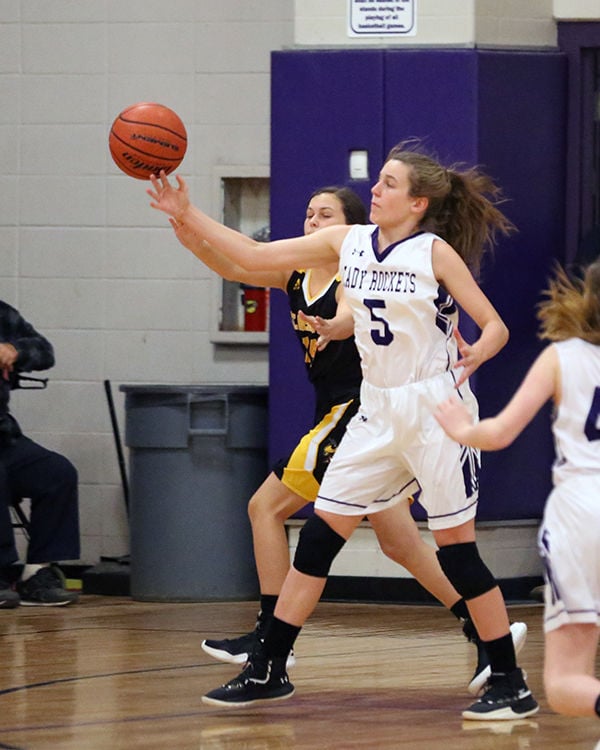 Holden High's Brooke Foster (5) gets a deflection on pass in 7-B title game with Mt. Hermon last season. 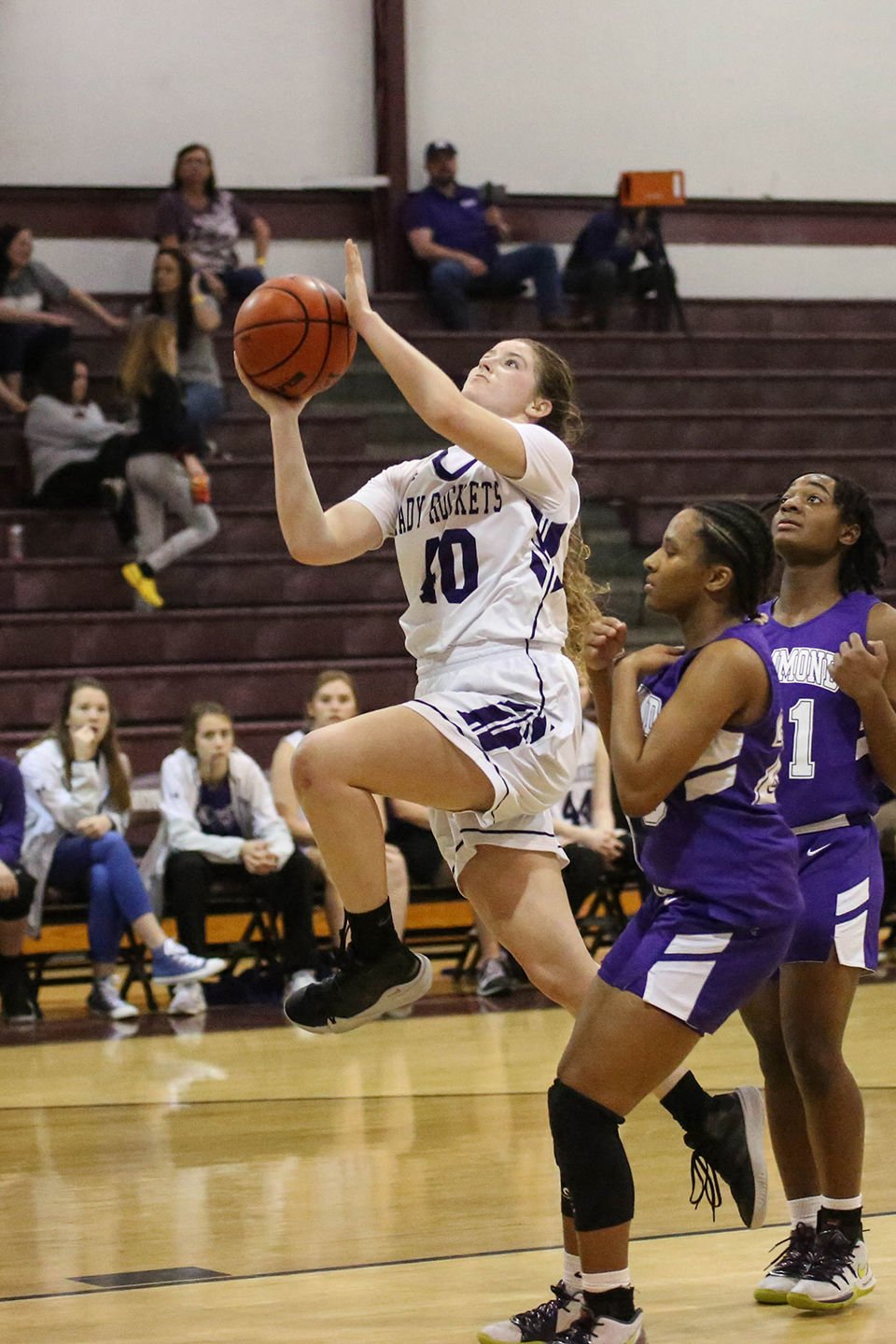 Holden's Jaycee Hughes drives to the basket against Hammond during the Albany Tournament earlier this season.

Holden High's Brooke Foster (5) gets a deflection on pass in 7-B title game with Mt. Hermon last season.

Holden's Jaycee Hughes drives to the basket against Hammond during the Albany Tournament earlier this season.

HOLDEN – Holden conducted its Senior Night Thursday in a District 7-B matchup with Mount Hermon.

The seniors did their part, but those in attendance got a little glimpse into the future of the program as well.

For Holden coach Pam Forbes, it’s all about getting geared up for the postseason after her ream improved to 11-15 overall and 4-0 in district play.

“It was a great Senior Night,” Forbes said after 10 players scored and the Lady Rockets ended the game with their junior varsity team on the floor after building a big lead. “I can’t say enough about my two seniors. This little group of kids have dealt with a lot of adversity this year, but my seniors have kept it together – in 2020 -- have gotten together, and they’ve worked very, very hard to get the younger players ready to go for the playoffs.

Holden led 13-8 with roughly two minutes to play in the first quarter but set the tone for the remainder of the game with a 7-0 run to close the quarter.

“That’s a bright spot in our future,” Forbes said. “I think we have lots of bright spots in our future, but we want to focus on this year right now. I think there’s going to be really good things to come out of all the younger Lady Rockets.”

Hutchinson, who had 11 points, scored six straight late in the second quarter, with her steal and layup stretching the lead to 52-14 before Holden went into halftime ahead 54-14.

It may be late in the season, but Foster said Holden's still in the process of figuring some things out.

“Some of the times we got in a hurry, and we shouldn’t have,” she said of some of the team’s transition runs. “We should have slowed down a little bit. We’re just learning to make sure we slow down and take our time on some things and not get in a hurry and make unnecessary turnovers.”

Hughes also had 11 points, with six coming in the second quarter.

Foster’s last basket of the night put Holden ahead 62-16 in the third quarter, and Forbes went to her bench for the rest of the game with the Lady Rockets led 64-17 heading into the fourth quarter.

“We’ve won two games in a row now,” Forbes said, noting the Lady Rockets will host Class C No. 1 Plainview on Saturday at noon and Class 4A John F. Kennedy at Lake Area on Tuesday. “I know that seems like a simple thing, but we’ve had tough schedule and a tough season. We’re sitting in a good spot in the playoffs. We’re calling these dress rehearsal games.

“We’re going to have fun with this," Forbes said of her team's final two games. "Because it’s all about being on a team and working hard and dreaming the big dream, and then if something happens and you don’t get it, then you just don’t get it, but we want to give the kids the opportunity to have fun just like the years when we’re 24-0 at this point. We want to make sure that we give them the opportunity to have fun and look back on their days of being a Lady Rocket as being a great experience.”