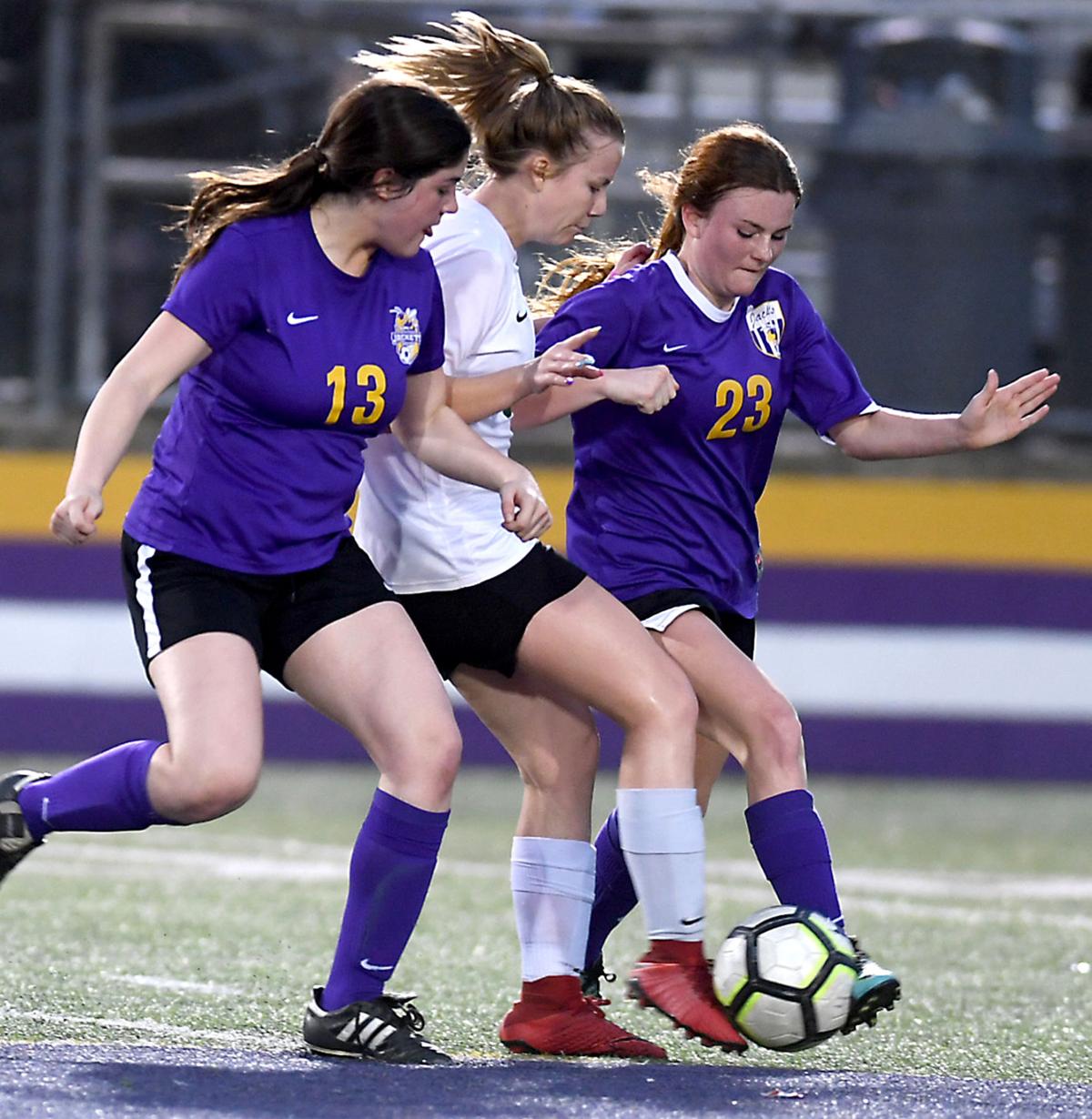 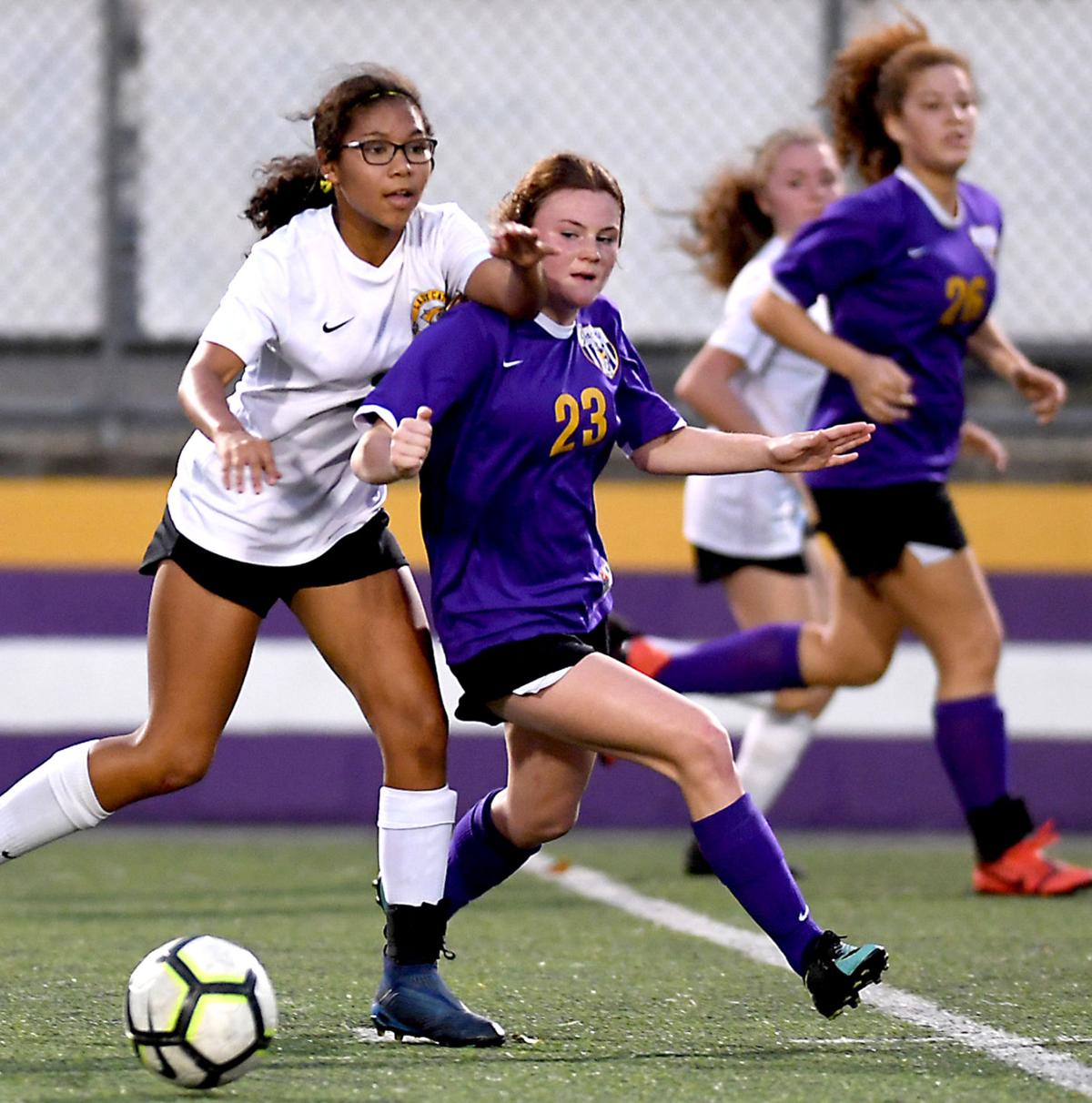 Denham Springs’ Emily Ellis (23) gets inside position against Walker’s Jordyn Brooks (2) to get access to  the ball. 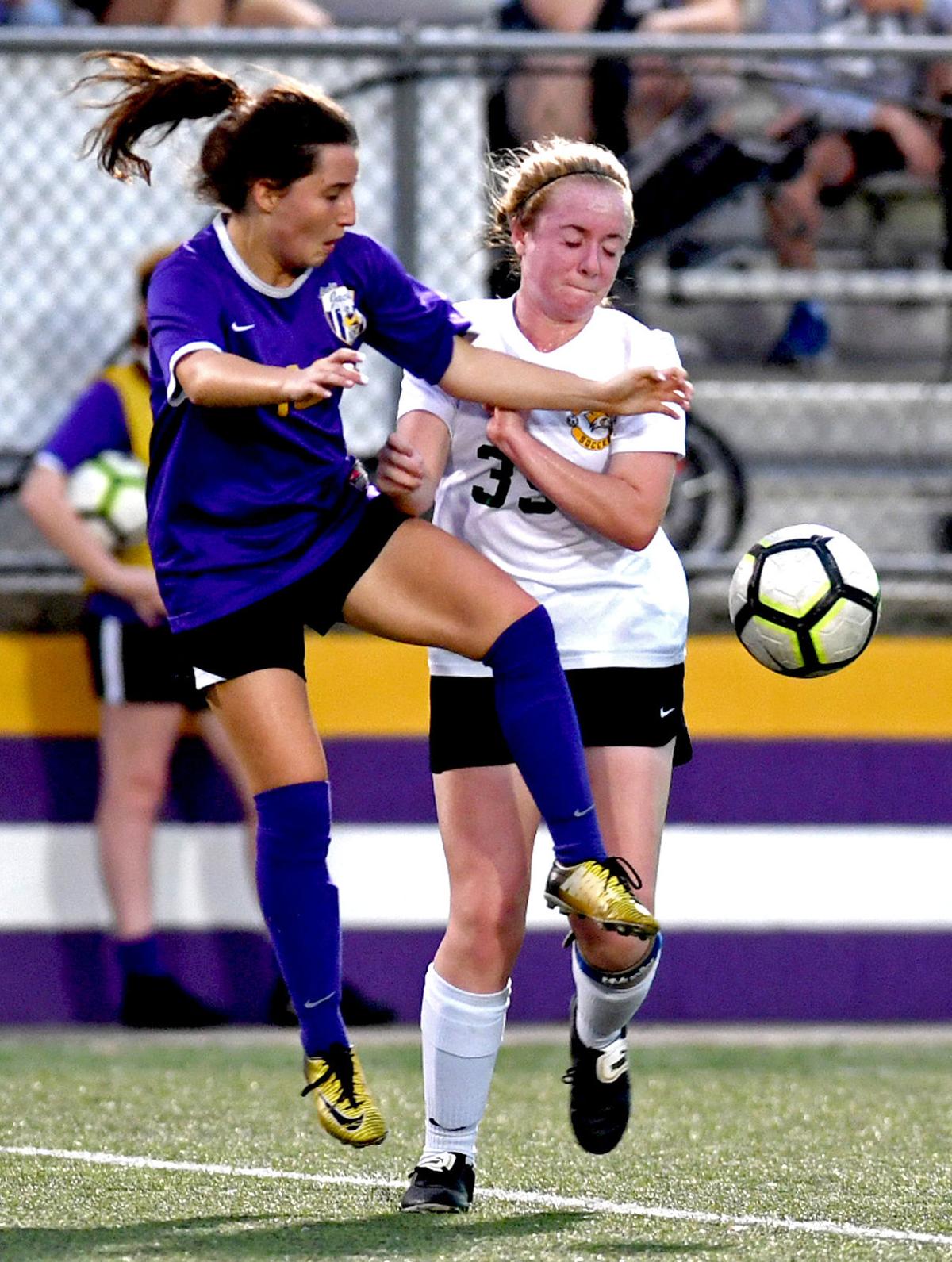 Walker’s Shelby Wallace (35) and the Lady Cats, who defeated Denham Springs 1-0 last week, are a half game in second place in the district standings behind St. Amant.

Denham Springs’ Emily Ellis (23) gets inside position against Walker’s Jordyn Brooks (2) to get access to  the ball.

Walker’s Shelby Wallace (35) and the Lady Cats, who defeated Denham Springs 1-0 last week, are a half game in second place in the district standings behind St. Amant.

The Lady Cats, already without injured starter Madeline Watson, held their collective breath nearly midway through the first half when Ana Grace Hardison went back on a ball lofted toward the goal.

While the shot from Denham Springs’ LeAnna Graham caromed off the top of the crossbar and was eventually cleared, Hardison fell to the turf for several minutes after hitting her head on the goal before being able to leave the field of play.

“When I saw that happen it was very scary,” Walker coach Brenna Perez. “She’s probably one of the toughest players that I know, and she was fine.”

Hardison, typically a midfielder pressed into her first start in goal, returned three minutes later and was part of a sterling defensive effort – primarily in the second half – that made an early goal from Jordyn Brooks stand up in a 1-0 victory over Denham Springs in a District 3-I match at Yellow Jacket Stadium.

“LeAnna has a nice foot so when she took that shot I knew it was going to the goal,” Hardison said. “I was backing up and wasn’t aware of my surroundings. It’s been a while since I’ve been in goal. I saw the ball; I knew it was high and I was ready to jump. I took a step back and felt the post and I was going so fast that I hit it and felt the goal move.”

Bella Curtain momentarily replaced Hardison, who returned over the remaining 20 minutes of the first half.

Denham Springs (8-7-2, 0-1-1 in district) had five of its six first-half shots on goal with Hardison coming up with a nice save on Alaina Fontenot’s shot that was low and toward the left post.

“I felt like coming out against a Denham Springs team which I knew had incentive and reason to beat us, I felt like I needed somebody who had a little more experience overall,” Perez explained of her decision to start Hardison.

While Walker is still waiting on the return of Watson from an ankle injury, the Lady Cats (13-5-1, 2-1-0) welcomed back Brooks to the starting lineup after a lengthy absence because of an injury.

It didn’t take Brooks long to make an impact in her first match back, taking a pass across the field from Sydney Nester, settled the ball on the right side, got inside of Denham Springs’ defense and beat goalkeeper Camille Berthelot (five saves) to the left corner in the fifth minute.

“The first half we came out and didn’t finish on anything,” Patterson said. “It really came down to who wanted the game more and Walker clearly wanted it more. That’s the worst we’ve played overall. If you come out not playing, heart’s going to come into effect and Walker had the heart that game.”

Walker’s defense foiled Denham Springs’ offense with Hardison commending the play of her back line – Baylee Kimbel, Emily Hernandez, Kelsie Wilkinson, Lauren Graham and Chloe Medine – for helping limit the Lady Jackets to only one shot in the second half.

It proved to be a dangerous chance from DSHS when after a foul Victoria Germany’s 15-yard free kick from outside the penalty area was stopped by Hardison, who came off her mark to later smother the ball in the 64th minute.

Brooks came close to making it a two-goal lead in the 75th minute, hitting the right post from 20 yards out – the fourth shot on target for the Lady Cats in the second half.

“We really needed this,” said Hardison, who had four saves. “We had a lot riding on this game. We’re trying to stay in the (state) playoffs and it’s a lot of pride beating Denham. It’s a big rivalry. It was really nice to beat them.”