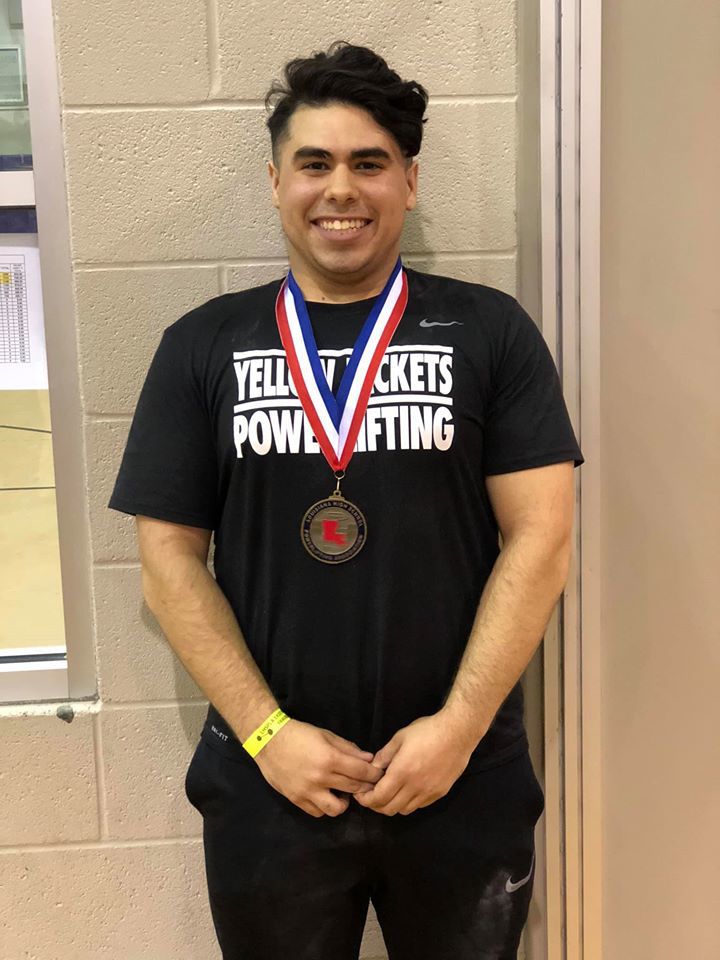 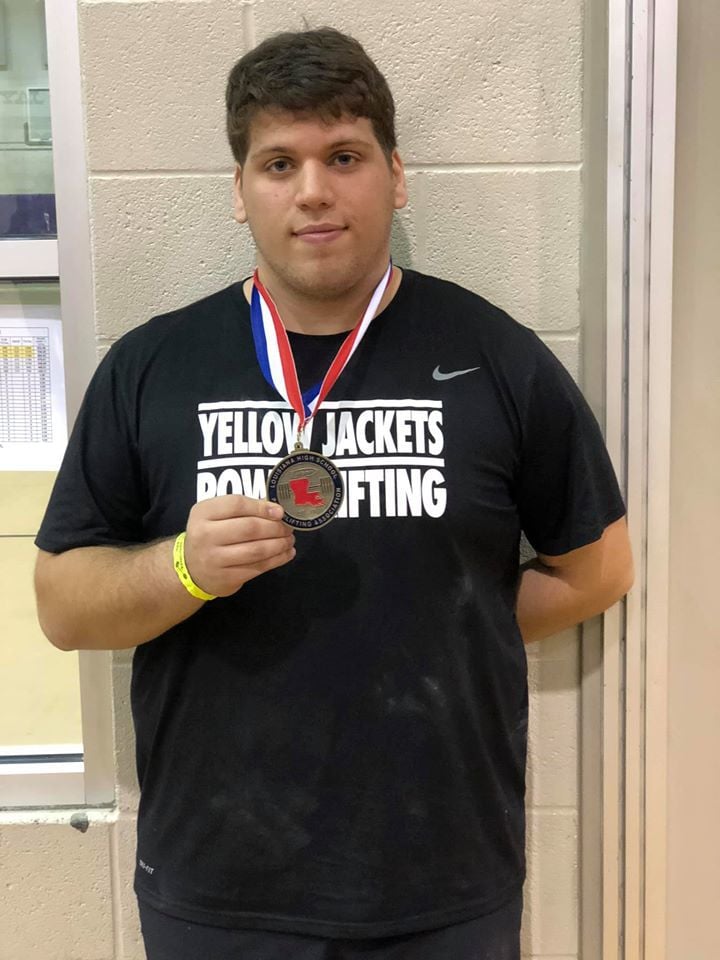 Denham Springs High powerlifters Lance Kerry and Leo Montanez didn’t get the senior sendoff they were hoping for, but that doesn’t mean their careers in the sport are finished.

The former teammates at DSHS recently committed to LSU to continue their powerlifting endeavors.

“I definitely can’t say enough about each of them,” DSHS powerlifting coach Joe Ryan said. “They’re high character. They’re high work ethic. It made it easier to coach them. I love those kids to death, I really do, the senior class especially. It didn’t end the way that we wanted it to end, and they could have shut down and said, ‘you know what, I’m kind of done with it,’ but they continued to work, and now they’re going to school to lift. It’s a huge testament to them. You wish year in and year out you could have kids like that – and not just them – that whole senior class, the whole team we had this year, you wish you had, but I’m happy for those two especially.”

Montanez and Kerry committed within an hour of each other to LSU, which sponsors powerlifting as a club sport. Both reached out to the LSU program, with Kerry filling out an application on the program’s Instagram page and Montanez contacting the program about tryouts.

Eventually, Kerry and Montanez got in touch with LSU men’s team captain Hayden Willis, who knew of both lifters through former DSHS assistant coach Josh Langlois.

“Before I even got committed to LSU, I was already planning to go there (for my) education,” Carey said. “Being on the powerlifting team was something I wanted to do ever since I got admitted to LSU. Ever since I was younger, I was an LSU Tiger.”

Kerry was the East Regional champion in the 198.3-pound class, hitting 555 pounds in the squat, 250 pound in the bench press and 500 pounds in the deadlift at the regional meet.

“With Lance, they’re getting a kid that is going to work hard, isn’t going to mess around, going to do his workout, get in, get out, and you’ll see progress in him,” Ryan said, noting Kerry played football early in his athletic career and didn’t start powerlifting until his junior year. “He’s a guy that his numbers and his strength shot tremendously up.”

Like Kerry, Montanez knew he was going to LSU to continue his academic endeavors and getting to continue powerlifting is a bonus of sorts.

Montanez played football for four years at DSHS and admitted continuing with powerlifting in college isn’t something that was on his radar when Ryan formed the team at DSHS three years ago.

“I would have been baffled, because three years ago, we didn’t have a powerlifting program,” Montanez said. “I was focused solely on football. Football got me started with the workout, and that’s when me and a couple of the guys realized we really loved it, and then we got a powerlifting program going into my sophomore year, and (I) just knew it was right for me.”

“He was successful in football for us, but he’s only 5-9, 5-10, so he kind of knew, ‘I’m a good high school football player, but I don’t know if this is going to be my meal ticket, and he really grasped on this year, especially on just getting better and getting stronger and doing the right thing,” Ryan said.

“He’s one of the stronger kids I’ve ever coached, and we actually held back a lot at regionals because he was so far head. It was a tremendous gap.”

It’s also an opportunity for the duo to continue careers that were cut short in high school because of the novel coronavirus pandemic.

“Going into state junior year, I wasn’t expecting to go do really good – first competition, and I was a year younger,” Montanez said. “But this year, I was looking forward to it all year. That’s all I was thinking about. Trending upwards, we had a really good team that could really make some impact. It’s more for the team. I was hoping our team would do really good.”

“When this quarantine happened, it upset a lot of us,” Carey said. “For the seniors who have been working hard since the first year, it was devastating that we couldn’t go out and prove ourselves one last, final time. It’s an opportunity lost, but since I get to the college level, it lets me gain new opportunities and to go out and prove myself to even higher competition.”

The fact that Carey and Montanez committed to LSU on the same day wasn’t a coincidence.

“I’ve been contacting Leo, and me and Leo have both agreed and both said to each other that we’re going to keep progressing with each other through this whole thing to make sure that we stay fit to go into the LSU season and then also help each other out constantly … to make sure as teammates and everything that we get through this together,” Carey said.

“I’m just ready for this next season,” Carey said. “I’m ready to prove to everybody that I can be a pretty great team member and teammate, and I can make an elite team even better.”

“This is all I’m thinking about,” Montanez said. “I just got done with school, and I’m just looking towards college powerlifting. Me and Lance work out together, training for it already. That’s all we’re thinking about.”

Ryan said Montanez and Kerry shouldn’t have a problem fitting in at LSU, in part, because Denham’s senior class helped lay the foundation for the program’s future.

Montanez, however, tipped his hat to the Yellow Jackets’ coaching staff as a reason for the program’s rapid success.

“I would definitely put that a lot on our coaches,” Montanez said. “Our coaches have done a phenomenal job. They train us really well and they push us to do our best, and just the atmosphere of the workout room, we’re all pushing each other to be better …”