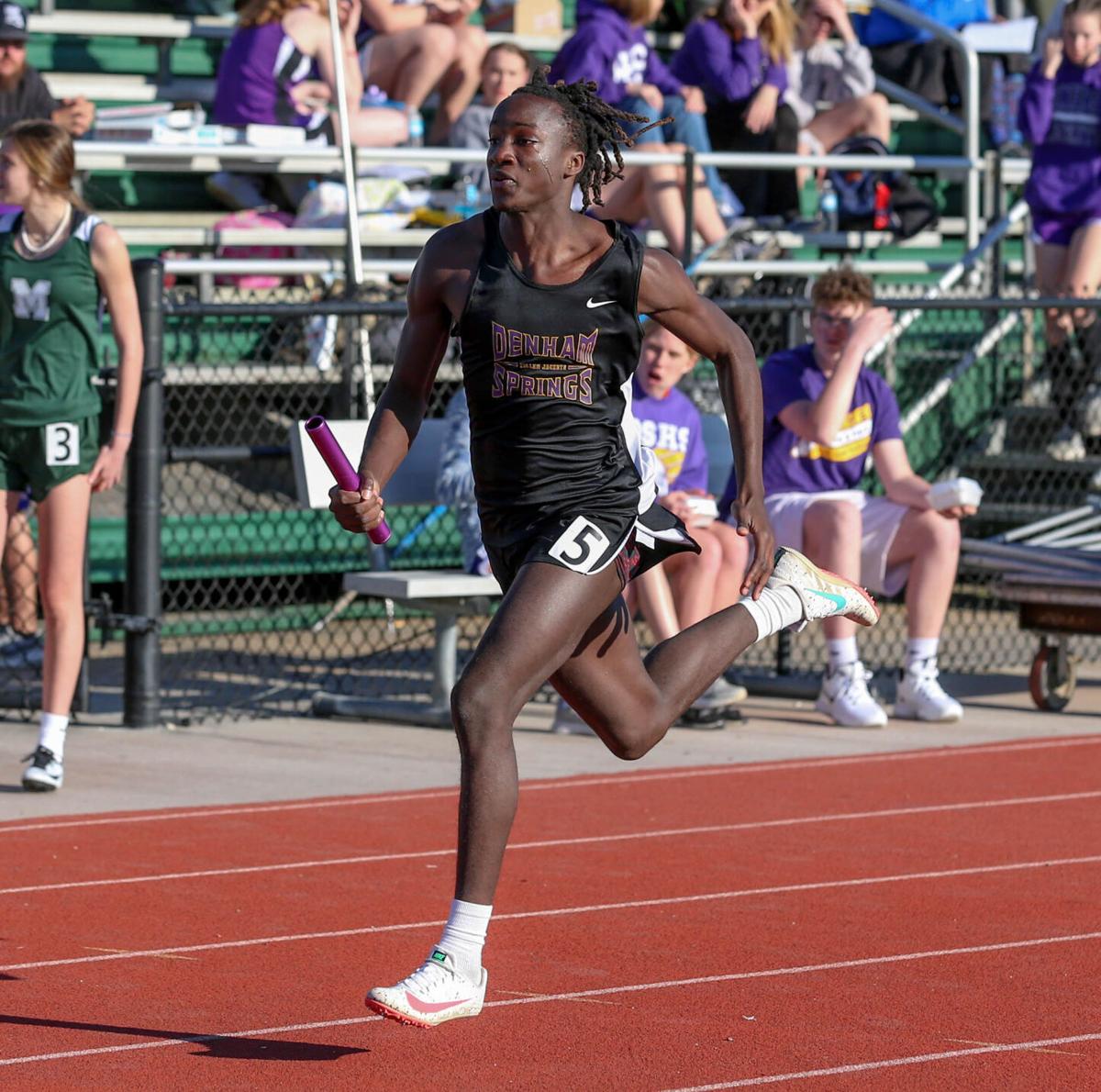 Lionell Dawson runs a race for Denham Springs during the parish track meet on Thursday. 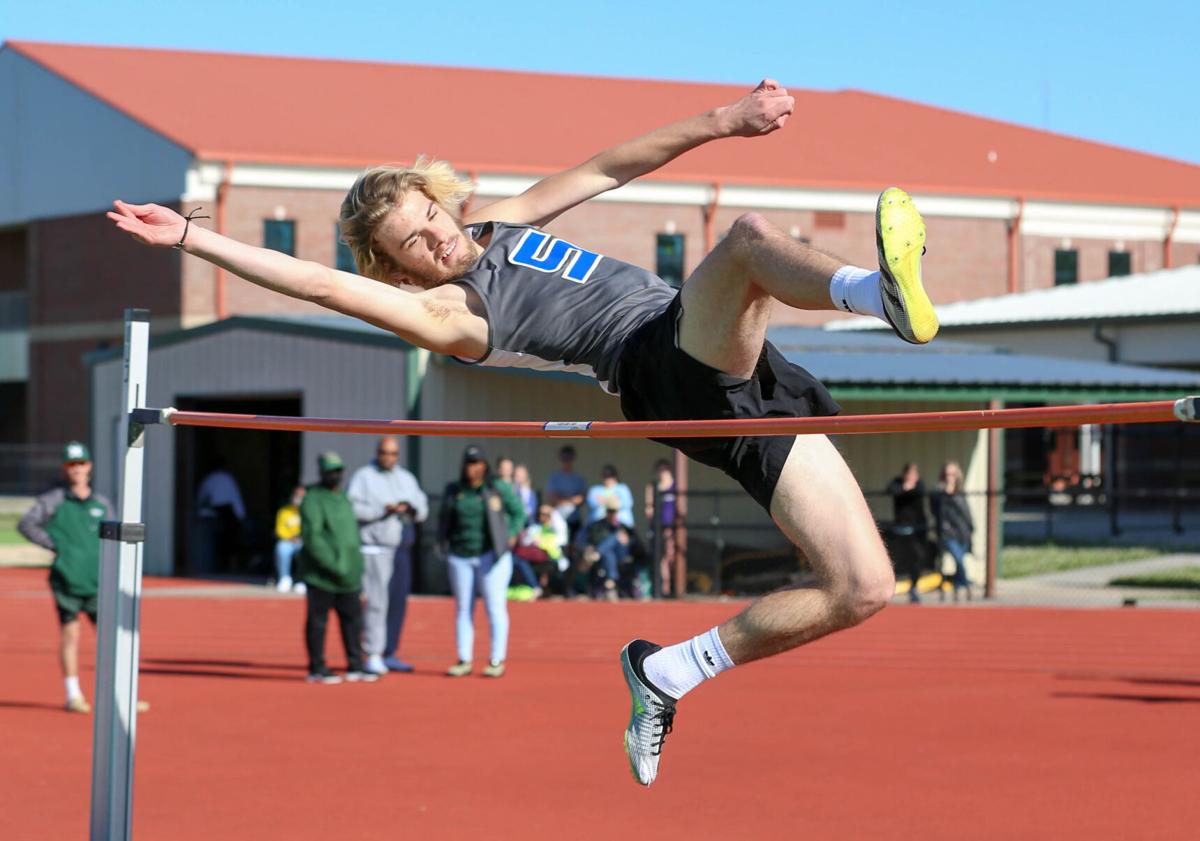 Springfield's Britton Allen looks to clear the bar in the high jump on Thursday. 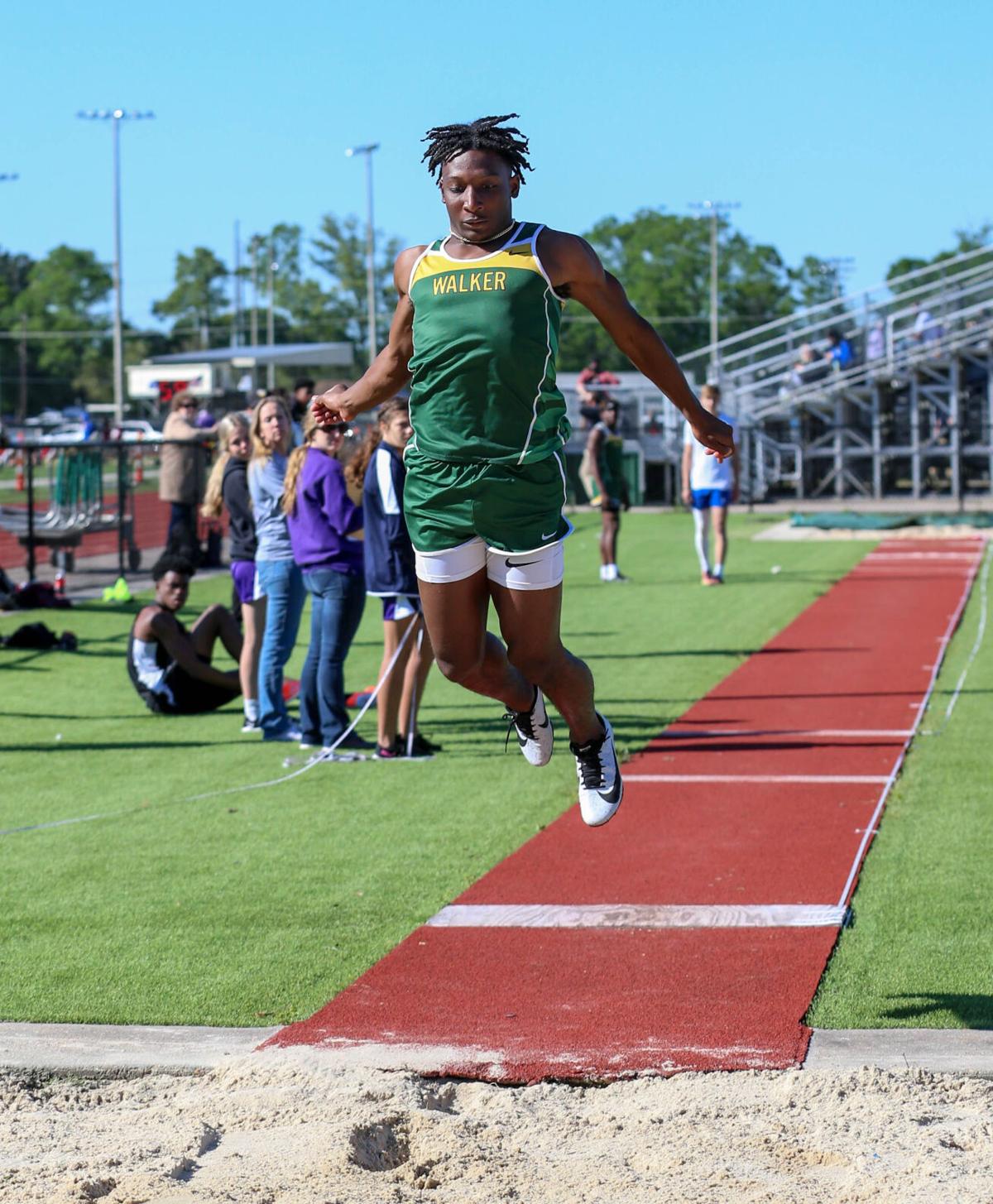 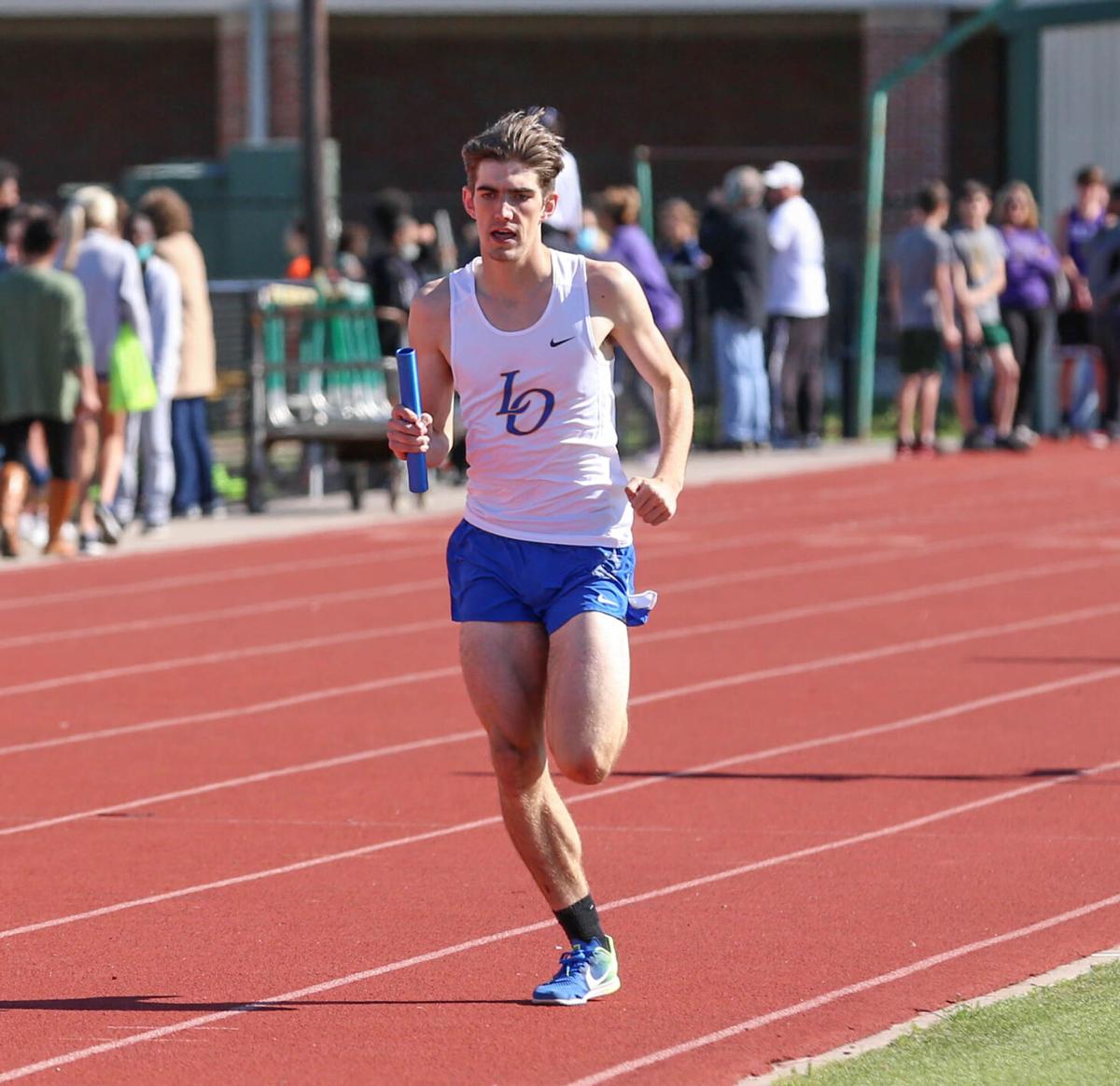 Live Oak's Jack Earle looks to finish the 4x800 at Walker on Thursday.

WALKER  -- Denham Springs High track and field coach Andy McLean figured the race for the Livingston Parish Championships large school titles would be tight, and he was right, especially on the boys side.

The Yellow Jackets claimed the parish title by the slimmest of margins Thursday at Walker High, edging Walker 102-101, while Live Oak finished third with 82 points and Albany had one.

“Probably before the 200, the 300 hurdles, I saw how close it was, and I knew it was going to come down to the slimmest of finishes,” DSHS coach Andy McLean said. “At that point, you can’t change the game plan. Everybody’s all lined up. You can’t look and go, ‘man, I wish I’d had put that person in’, so I tried to pull away and have a moment with those guys … and I said, ‘hey, this is where we’re at. You’ve got to finish the night and see what happens.’ I’m proud of them. I’m excited for them. A point is a point, but it’s something to be happy about.”

In the small schools division, Springfield pulled away on the track, earning the title with 87 points, followed by French Settlement (60), Holden (53), Maurepas (52) and Doyle (16).

“The biggest thing with our guys was showing up,” Springfield coach Storm Reeves said. “We had guys in every event, and all of them came to compete. They gave me everything they possibly had in the tank, and they emptied it tonight.”

“They’re competing,” Reeves continued. “They’re learning how to run. They’re learning how to get after it with each other. It’s hard when we don’t have a track at school to actually run in circles and turn left, but they’re getting out there and working every day, so I’m really proud of them. They’ve come a long way since day one.”

After 18 events, Denham Springs led Walker 98-95, and the Wildcats picked up a win in the 4x400 relay as the Yellow Jackets finished second to account for the final margin.

Denham Springs put in a steady effort, posting top-three finishes in all but three events while overcoming a disqualification in the 4x100 relay.

Denham’s Todd Rodriquez and Joseph Aycock finished 1-2 in the 800 meters. Rodriquez was also fifth in the 3200, which McLean said was key for the Jackets.

“Mike Rodriquez, the boys won by one point, and we put him in that two mile because we knew he could go out and break 11 (minutes),” McLean said. “He gets fifth place, gets one point … and that was the difference-maker. That’s what it takes.”

“I wanted to focus on trying to get a season-best for the year, and I was able to do that, but with (Denham Springs’) Cole (Slaby) there to push me, I wanted to make sure I kind of trailed behind him,” Earle said of his effort in the 3200. “He’s a good runner. He helped me keep pace and helped me push to get what my goal was, but really it was to find someone who would push my pace and kind of drag behind him.”

“I got out the blocks pretty strong and just kept my body up, stayed tall, straight-through shot and got the first place,” Golmond said of his effort in the 200.

“It’s my first year doing it (the high jump) as a senior,” Golmond continued. “I’m tired right now, but that’s just something I’ve been working hard at and staying patient and just trusting the process. I’m getting close to where I want to be at, but the job’s not finished. I’m getting close to the school record, but I’m going to just stay humble and just keep grinding and working hard.”

“Basically, I just worked on my feet and just threw as hard as I could and won the javelin,” McDaniel said. “The wind wasn’t very good today. It was blowing right in our faces, but I timed it just right and won first place. I’m happy about that. You need a little bit of luck. It’s my first year doing javelin, so a little lucky, I would say, but it’s fun. I enjoy it.”

“We put forth 100 percent effort at practice, and it pays off on the track,” McKay said. “I was a little embarrassed in my last track meet. I came in third place, so I had to come out and do something different, straighten out my stride … It worked out pretty well for me.”

“I just do what I’ve been practicing for the last four years,” Hartwick said. “We didn’t really have a season last year, so I worked a lot harder this year. Missed out on junior year, so finish out strong.”