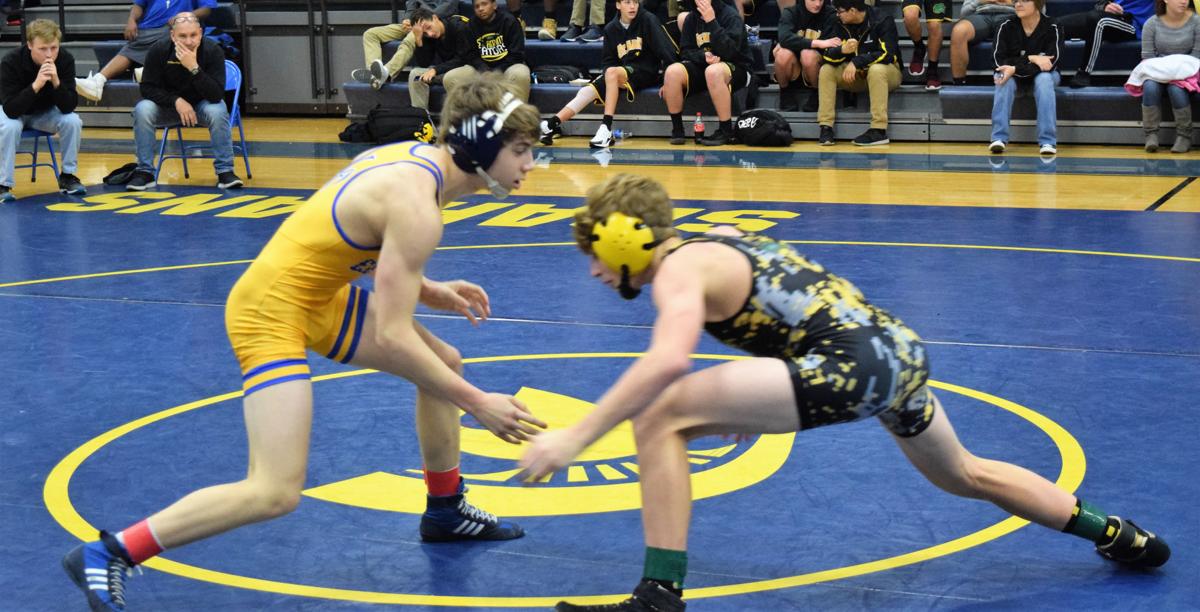 Live Oak's Clayton Hill (left) finished his senior season with a record of 62-4 that included 53 pints. 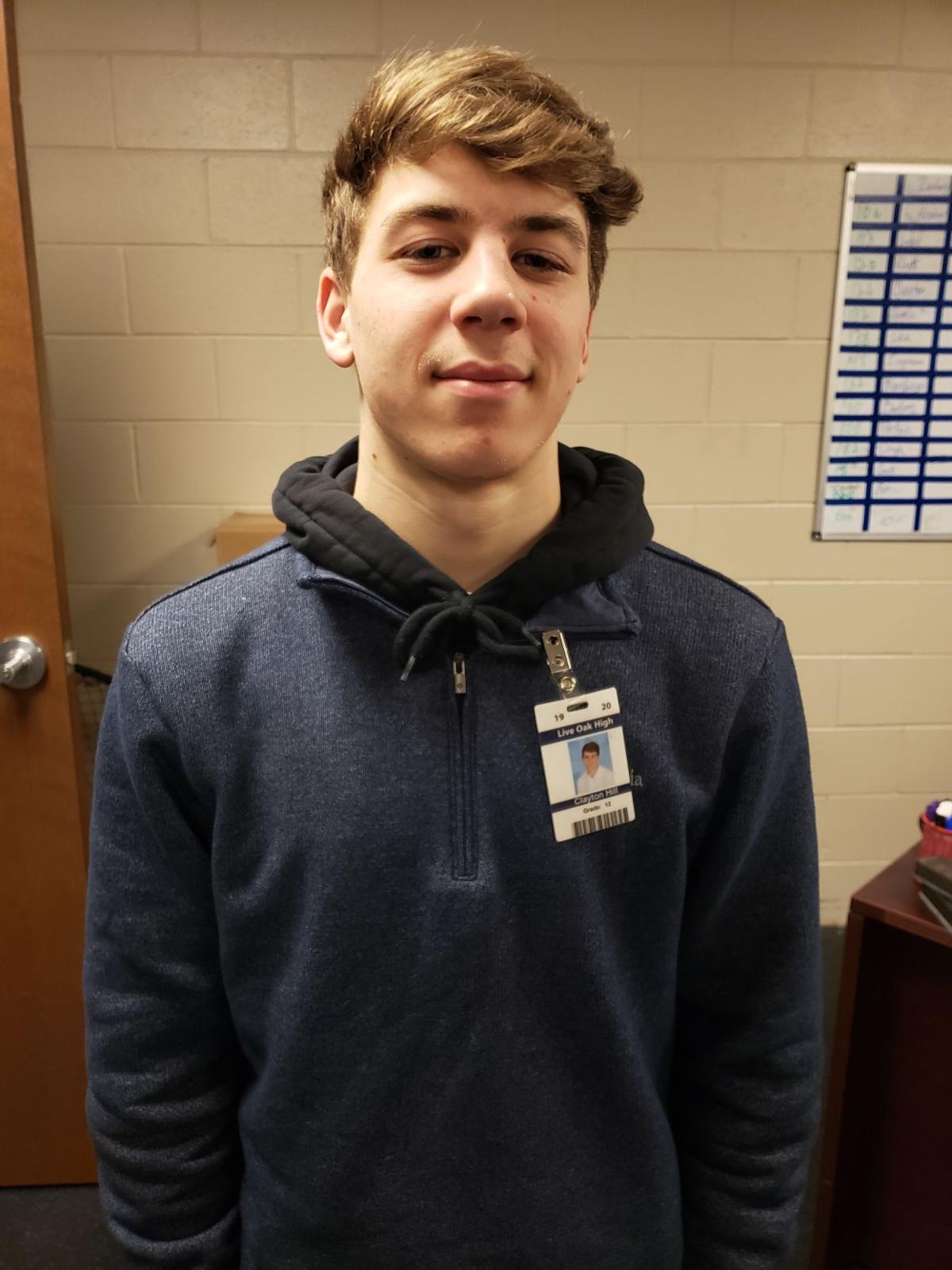 Live Oak's Clayton Hill (left) finished his senior season with a record of 62-4 that included 53 pints.

WATSON – The stage, bright lights and vast CenturyLink Arena in Bossier City will be nothing new for Live Oak senior Clayton Hill.

Neither will the familiar case of nerves that accompany him to each match.

“I’m nervous before every match,” Hill said. “But over the years I’ve learned how to control that nervousness. To be able to still focus to the best of my ability.”

Hill finished his high school career over the weekend with a third place finish at 126 pounds in the Division I state wrestling tournament. He pinned his first two opponents and held a 5-0 lead when he was pinned by second-seeded Ethan Castex of Brother Martin at the 4:55 mark of the match. He came back to pin Luke Lafleur of Acadiana in 2:32 to capture the third-place match.

Hill experienced the highs and lows of wrestling at the state tournament, having won the 106-pound state title two years ago and dropping a 13-4 decision in last year’s state title match at 120 pounds.

The disappointing conclusion to his junior year served as a catalyst his senior season where Hill is 62-4 with 53 pins – numbers that have further enhanced his impressive high school credentials.

Hill has won 85% of his matches over the course of his career at Live Oak (226-40) with 183 career pins, including a single-season school record of 56 last season.

“I’ve been wrestling for 9-10 years and it’s all come down to this,” said Hill, who plans to attend LSU after graduation. “Nobody from Live Oak’s ever won a D1 state championship. I could become the first.”

“He’s one of those guys where we’ll have wrapped up practice and he’ll be out there on his own doing some shadow wrestling,” he said. “To get in that extra work we may have missed during practice. He never really stops. He has a motor.”

By the time he developed a love for wrestling, a sport he first tried at the urging of his parents, Hill always looked up to his older brother Cody who was long a standard bearer of success.

Cody Hill, who wrestled at Tennessee-Chattanooga, concluded his career at Live Oak with 242-25 career record, three Greater Baton Rouge City Championships and was a three-time state champion, setting the bar high rather high for his younger brother.

“My brother set a bunch of records in high school, I wanted to be able to break those,” Clayton said. “I always wanted to be as good or as better than him.”

Clayton Hill’s first state-tournament experience produced a fourth-place finish at 106 pounds before returning a year later to win his first Division II state championship at the same weight with a pin of Matthew Carrier of Teurlings Catholic.

Outside of trying to follow his brother's lead, Hill also found plenty of motivation in his bid for a second straight state crown, dropping a decision to Parkway’s Trent Fontenot in last year’s final.

“Finishing as (state) runner-up, that definitely spurred his motivation some," Godso said. "On top of the fact this is his senior year. There’s no tomorrow and he’s kind of sensed that.”

Hill experience season highs of winning championships at such prestigious events as the Ken Cole Invitational and Greater Baton Rouge City Championships. He’s seeded third at 126 pounds in the Division I bracket, having lost decisions to both No. 1 Joshua Keeler of Parkway (Trey Culotta Invitational) and Castex (Louisiana Classics).