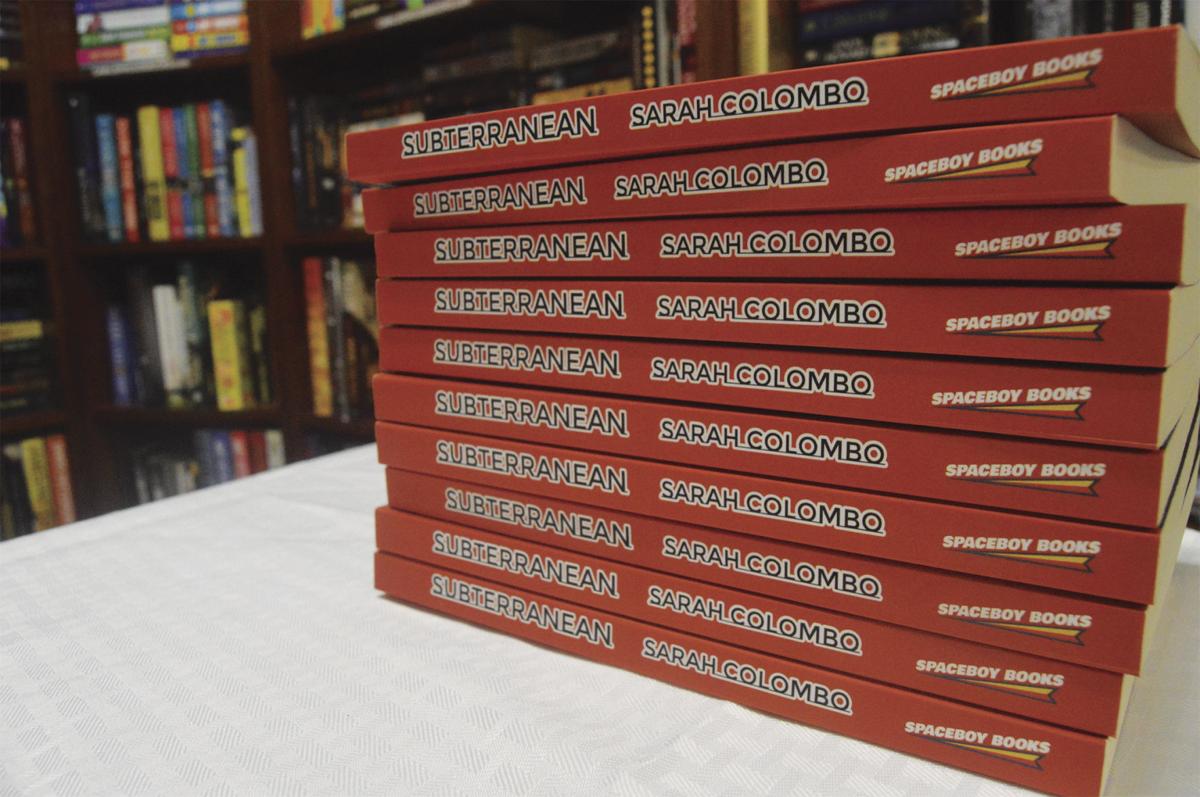 “Subterranean,” the debut novel for Sarah Colombo, a former employee of the Livingston Parish Library, was officially released Aug. 28 by Spaceboy Books. 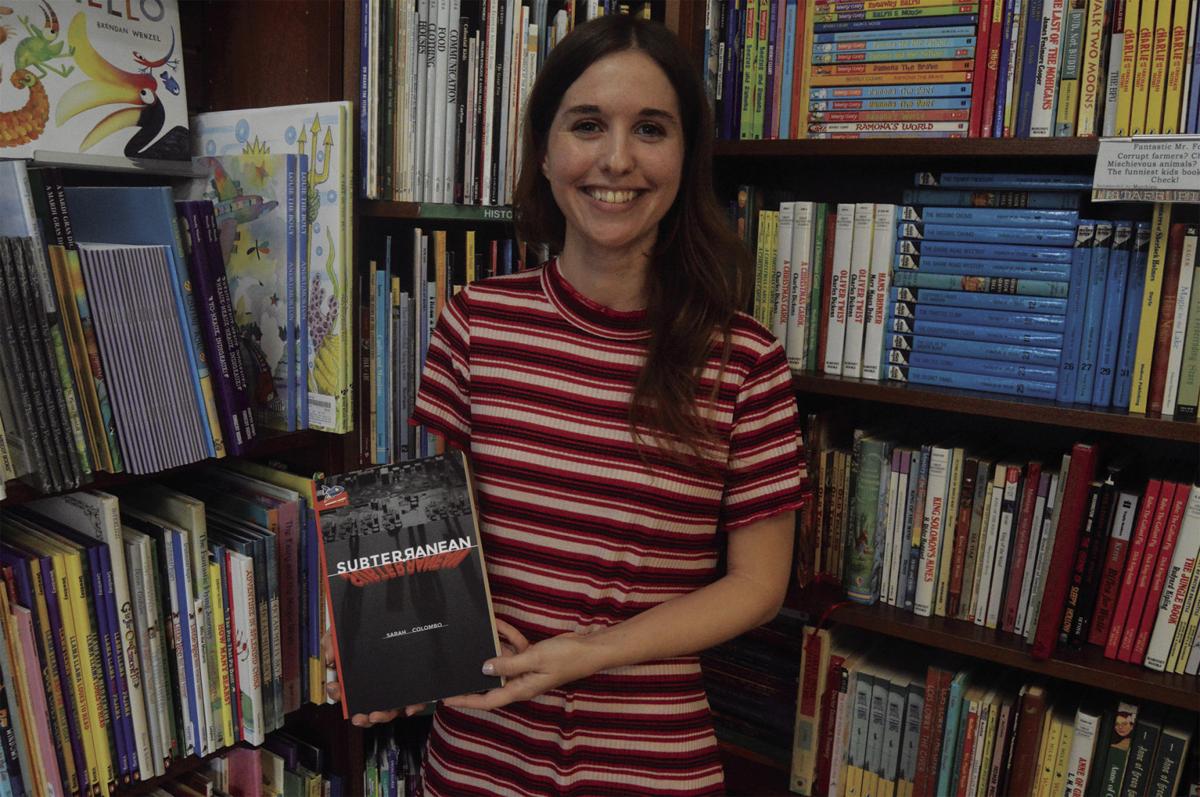 But after sending her manuscript for a futuristic science fiction thriller she’d written to more than 20 agents, publishing houses and small presses over a two-year period, she’ll take some luck whenever she can get it.

“Getting [my book] published was its own beast,” Colombo said. “That’s the hard part, not the writing, but getting someone to publish it. I submitted it to a lot of people, maybe 20-something agents and a few small presses. I don’t think I found a secret formula or anything — I feel like I just got lucky in the end.”

Colombo’s luck came via Spaceboy Books, a new science fiction publisher that launched in January 2017 before later agreeing to publish her debut novel “Subterranean,” which was officially released Aug. 28.

“Subterranean” follows the story of Ronnie, who begins a search for his lost girlfriend Hil Mills after she goes missing. But Ronnie runs into trouble trying to gather information on Hil, who’s lived off-the-grid since childhood, without so much as an online profile.

In a world loaded with Screens where robots perform almost every task, Ronnie and a team of misfits try to solve the mystery of Hil’s disappearance — a chase that takes them through warehouse raves, transcendentalism-obsessed communes, and bougie corporate parties as Ronnie digs for answers.

Meanwhile, Hil is busy saving herself from her past — and a future she never wanted.

Set in a future where robots and machines control nearly all aspects of life, Colombo hopes to make readers ponder the real-life implications of such advanced technology — particularly social media — as well as entertain.

“I think it’s interesting the way everybody, including me, represents themselves in the virtual world versus how they actually live their lives,” Colombo said. “It’s kind of like there are two versions of everyone, so how do you separate those two.

“What would it be like if you didn’t have [social media] at all? How would you live your life? Would it be more genuine? The book delves into that and what we get out of that kind of technology.”

Four days after the book’s release, a launch party and book signing for “Subterranean” was held at Cavalier House Books in the Denham Springs Antique Village.

The book signing was a homecoming of sorts for Colombo, who worked for the Livingston Parish Library (LPL) in a variety of roles for six years before transferring to the West Baton Rouge Library system as an assistant director last April.

For someone whose career has her surrounded by books, Colombo said she’s always enjoyed writing. She’s written other books and short stories in the past, mostly for friends and her husband Jonathan, and she was also a regular contributor to The News while working at the Livingston Parish Library, particularly with her monthly “Technically Speaking” column.

But writing a 240-page novel comprised of roughly 80,000 words presented a much different, more involved task than those columns — or just about anything else Colombo said she’s ever written.

Colombo started writing “Subterranean” in 2014 and needed about two years to complete the first rough draft, finding little pockets of time during her busy schedule to add to the growing endeavor.

In the summer of 2017, Colombo submitted her story to Spaceboy Books and heard back from the publishing house later that fall: Spaceboy Books wanted to publish Colombo’s book, a thrilling yet terrifying notion for the first-time novelist.

“At the time, I hadn’t told anyone I was writing it [except for my husband],” she said. “If nothing ever happened with it, no one would know, ya know? So it was my secret.

“Then once I found it was getting published, I just thought, ‘This book’s terrible,’” she added with a laugh. “That was when I realized someone else was actually gonna read this, so I worked really hard on editing it.”

Colombo worked on the final draft until March 2018, about a month before she left the Livingston Parish Library to begin her employment in the West Baton Rouge Library system.

She said the most difficult part of writing the book wasn’t necessarily creating the story — it was finding the time to put that story on paper.

“The main problem is if you have a full-time job, it’s hard to find the motivation,” Colombo said. “You go home and you don’t want to do anything else. It was important to me to do it, but sometimes I was just too tired to do it. A lot of times, my job was doing programming, a creative job, so I felt kind of tapped out when I got home.

“It was just making time to do it and making myself actually sit there and write. That’s the best advice anyone can give you: You just have to sit there for however much time you can and write. If you don’t write, just stare into space and think. Eventually it’ll come.”

Colombo did all of those things when writing “Subterranean,” a book that covers a variety of topics and genres — much to the liking of its author.

“I have a very wide range of taste as far as what art I like when it comes to books, movies and [television] shows,” she said. “I like snobby movies, and I like stupid [romantic comedies]. I like everything, and so I wanted that to be in my writing, too.

“I want it to be entertaining and funny but also make you think and maybe a little sad. That’s what I like when I’m reading something, so I tried to make it be a mixture of all those things.”

“The book could be set now [instead of in the future], and it wouldn’t make much of a difference. If you’re not into science fiction, you can still like the book if you’re willing to give it a try.”

Colombo’s next book signing in Livingston Parish will be at the library’s annual book festival, which is scheduled for 11 a.m. - 4 p.m. on Saturday, Oct. 27, at the Main Branch in Livingston. Colombo is slated to lead an author’s discussion.

Check out these Livingston Parish headlines from September 11, 2018!