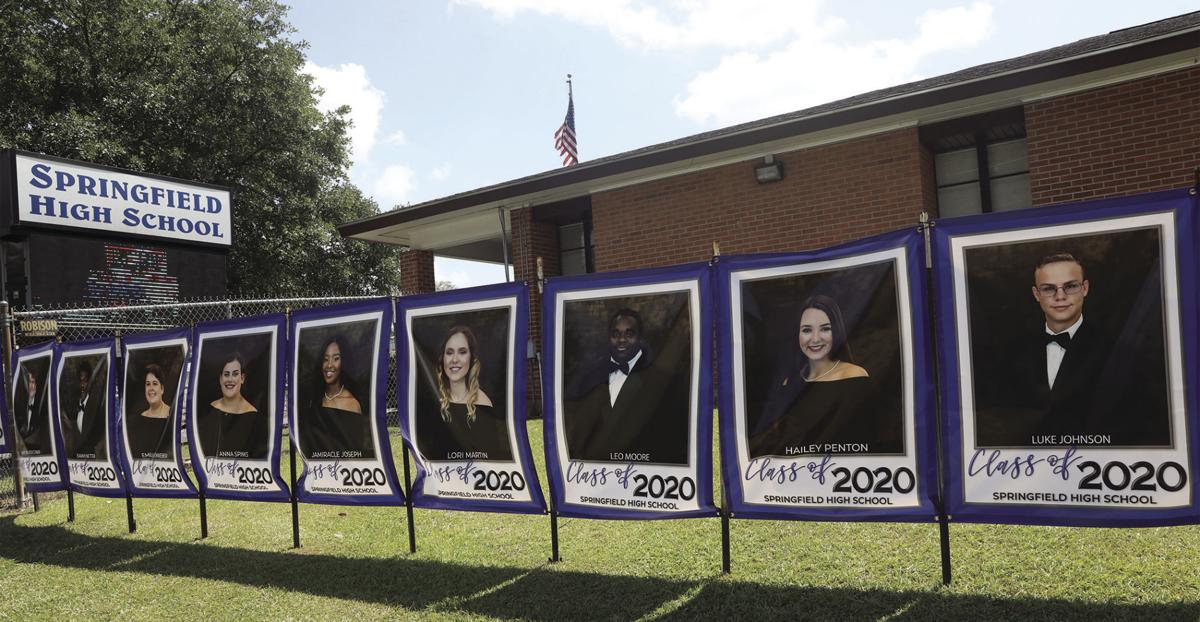 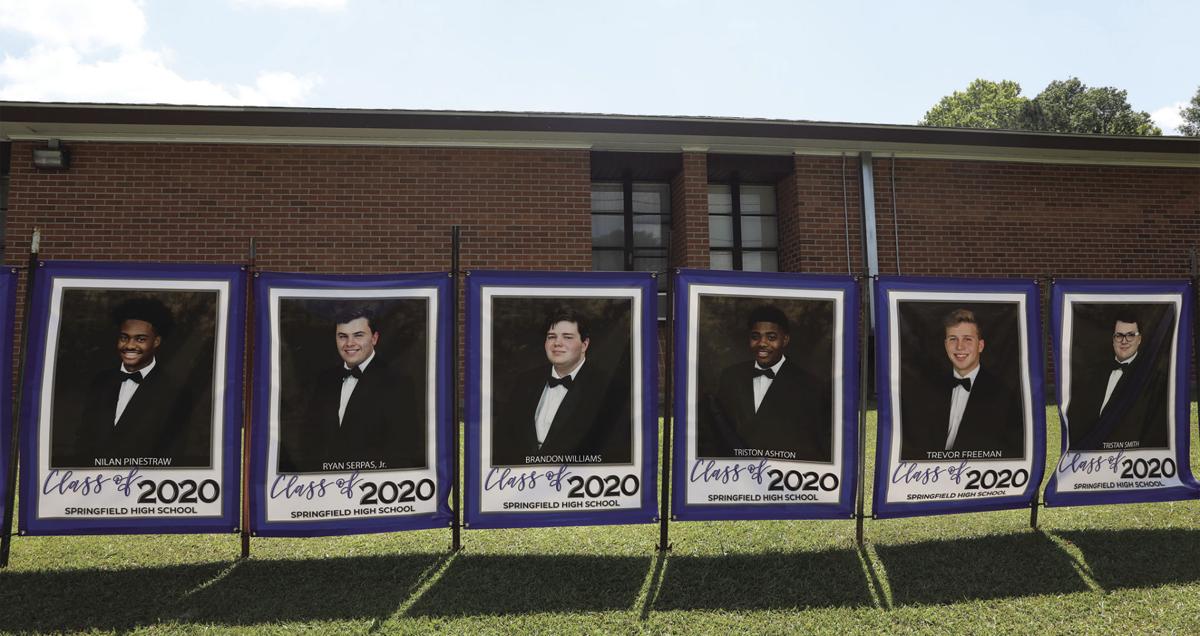 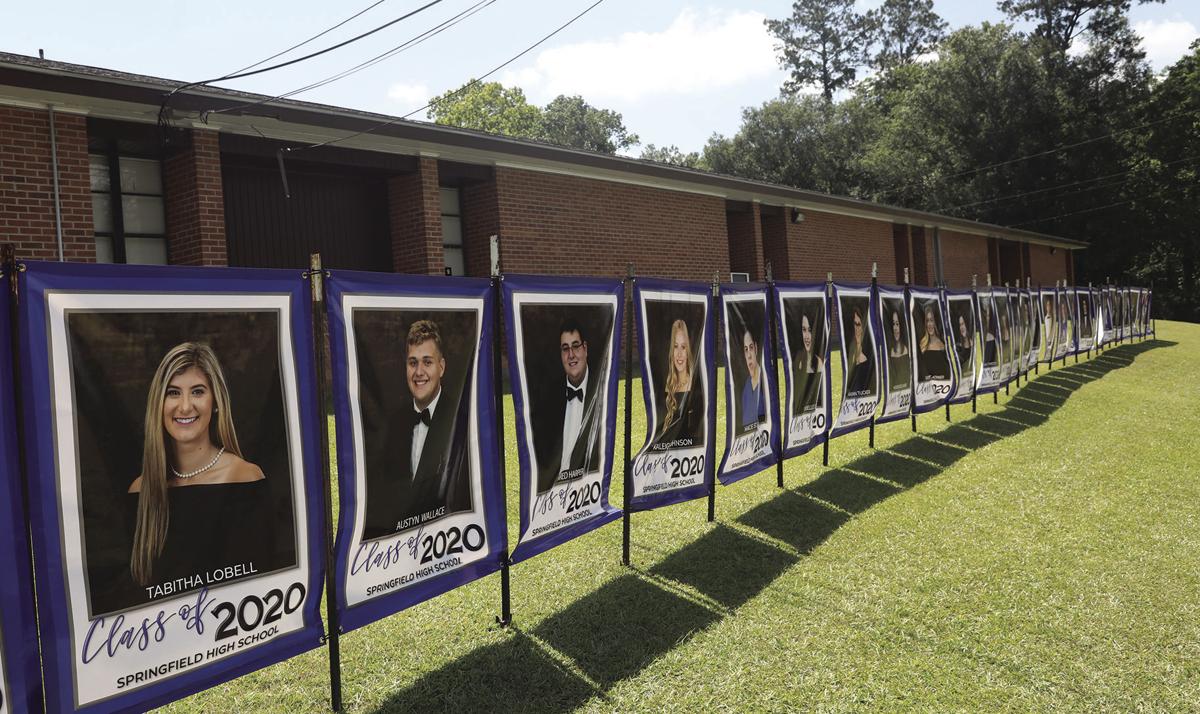 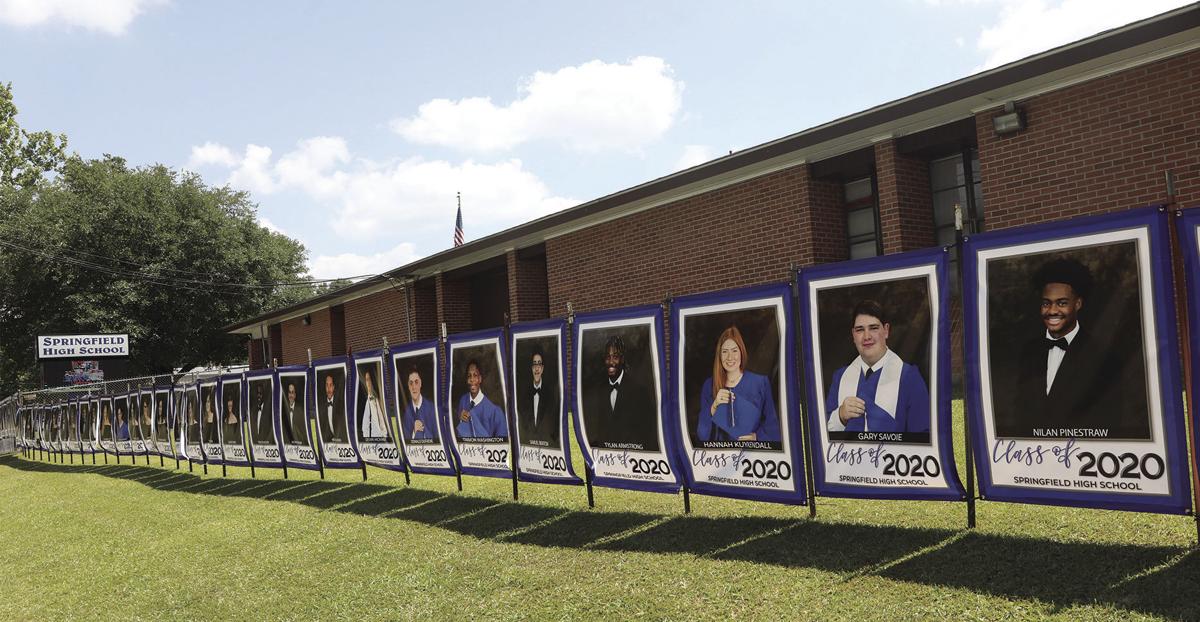 The school was recently featured in a segment on CNN recognizing the efforts high schools across the country have made to honor the Class of 2020, whose last semester was thrown off amid the coronavirus pandemic.

Locally, the nine area high schools have gone to extreme measures to honor their soon-to-be graduates. Several have held senior parades through their communities, while others have organized their own senior breakfast or implemented "Adopt a Senior" programs.

But Springfield High's project caught the attention of CNN in a recent telecast.

“In Springfield, Louisiana, an assistant principal and his wife gave seniors a personal, final farewell,” the CNN commentator said.

Springfield High School Assistant Principal John Chewning and his wife Jessica, a math teacher, made banners for all 83 seniors in the SHS Class of 2020. Each banner features the student’s senior portrait and their name, outlined in SHS navy blue.

The banners were placed on a fence in front of campus earlier this month, stretching down LA Hwy. 42 for the entire town to see. Speaking to The News a few days after the banners were hung, John and Jessica said they’ve received messages from parents and seniors alike thanking them for the special recognition.

“They were kind of lost for words,” John Chewning said. “They hate that they missed a lot of the stuff they look forward to, like their senior breakfast and senior send off, but I do know they’re really appreciative of the banners.”

‘Too good to be true’ | Seniors, parents react to Livingston Parish high school graduations being set

John said he got the idea from Facebook, where he learned of a school in another state doing something similar. The project was made easier since Jessica had already taken the senior portrait photos before the school year even started.

“We already had the pictures, so all we had to do was add them to the template, send them to the print shop, and then hang them,” John Chewning said.

It took the Chewnings and a few other teachers about three hours one morning to hang the banners, but word quickly spread once they finished. Seniors drove by to see their long line of pictures stretched in front of campus, and many took photographs in front of their banners.

John Chewning said seniors would be allowed to take their banners home after the school year ended.

Jessica, who taught three classes with seniors this year, described the last semester as “heartbreaking” for the Class of 2020, whose last day of school was March 13 — about two months earlier than expected.

And while she admitted that the last semester was “hard on everybody,” it was particularly rough for seniors, who didn't get to do any of the activities seniors look forward to in their last weeks of high school.

“From your freshman year, you have four years of looking forward to being able to do all of these things that seniors get to do,” she said. “And as much as they miss those things, they just miss getting together, seeing their friends and teachers everyday, and just the normalcy they use to have.”

Jessica said she received some heartwarming messages from her seniors, including one emailed in which a student said, “Thank you so much for the banners. We love and appreciate everything you have ever done for us. I will forever love and cherish you and your class.”

“It’s that kind of stuff that you don’t always hear from kids,” Jessica said. “But to get that from a student, that’s a cool thing to me.”

The messages from parents were just as heartfelt, John Chewning said, especially considering that end-of-the-year activities may mean even more to them than the seniors.

“This is as much for the parents as for them,” he said. “Every year in our pre-graduation meetings, we tell seniors that a lot of people have put in time and effort to get you here. For the parents to see this, they appreciate it in ways even more than the kids do at this point.”

Seniors and parents across Livingston Parish got some good news last week when school officials announced the graduation dates for all nine area high schools. According to Superintendent Joe Murphy, the graduations will run from June 23 - July 2 and feature a mixture of outdoor and indoor ceremonies.

Springfield High’s commencement ceremony is set for 6:30 p.m. on June 29 in the Walker High gymnasium.